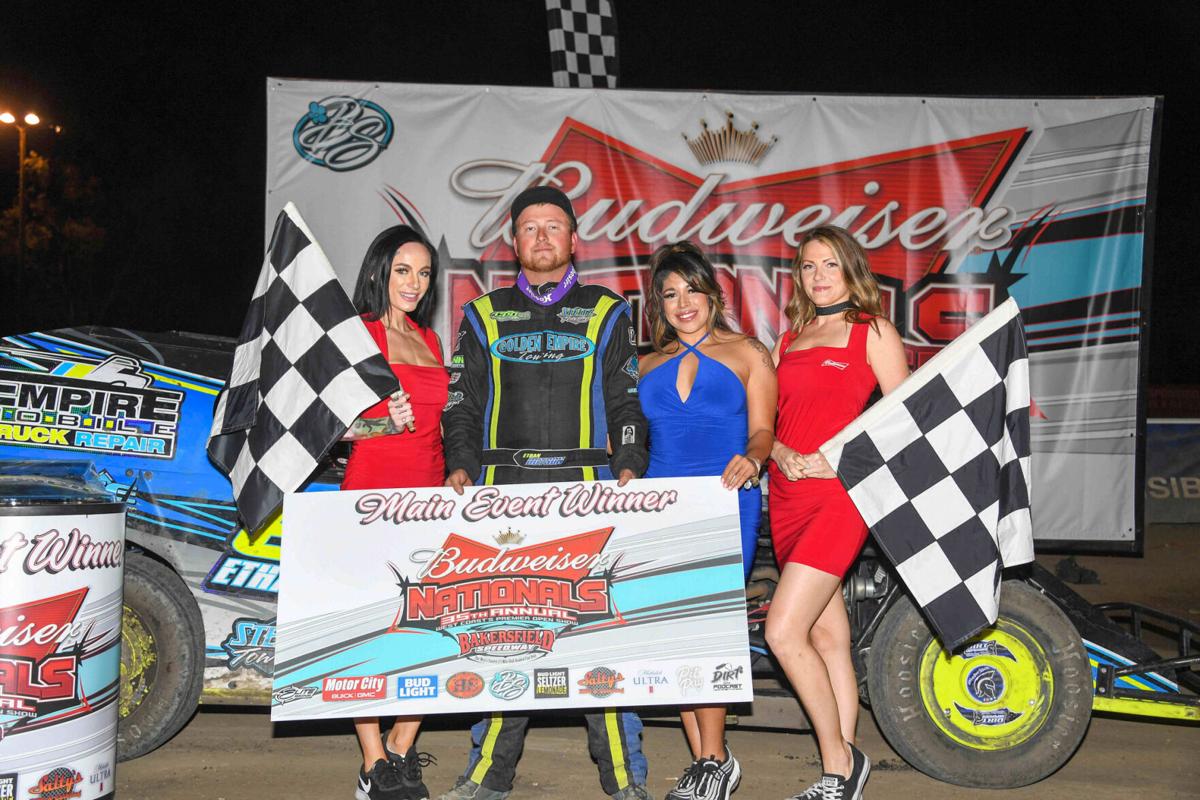 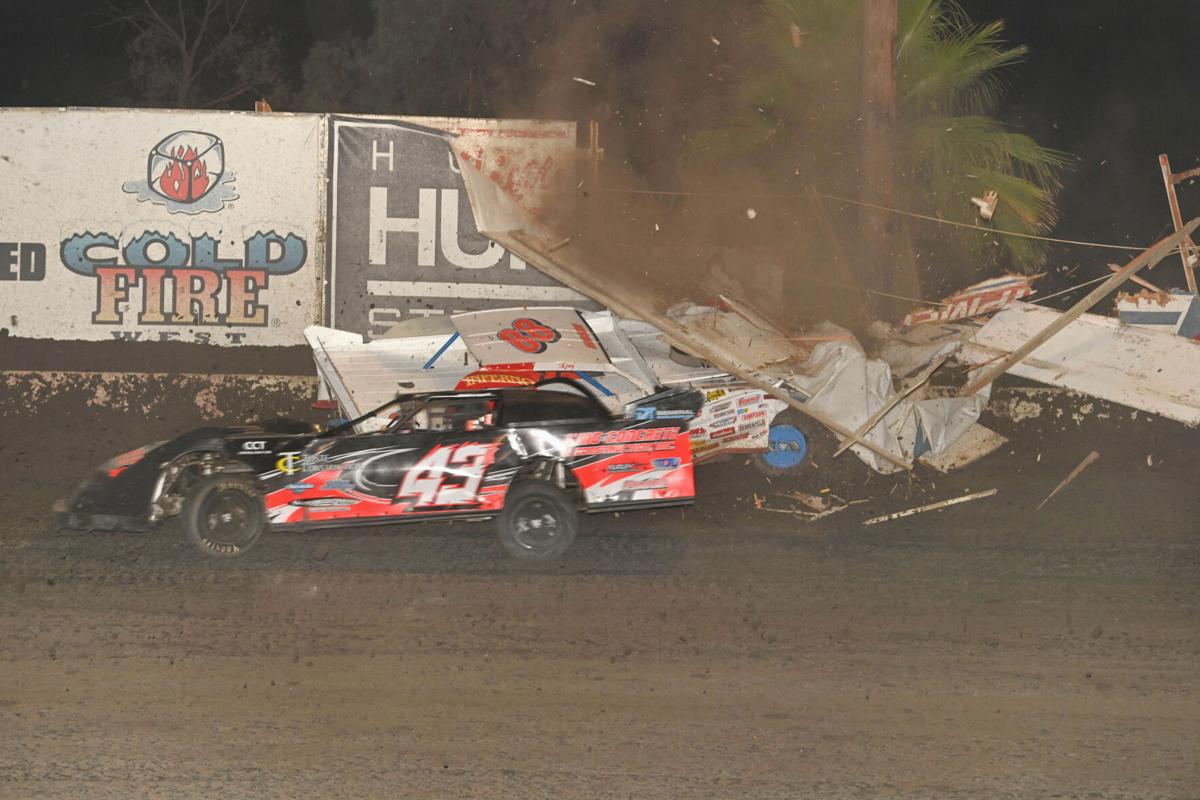 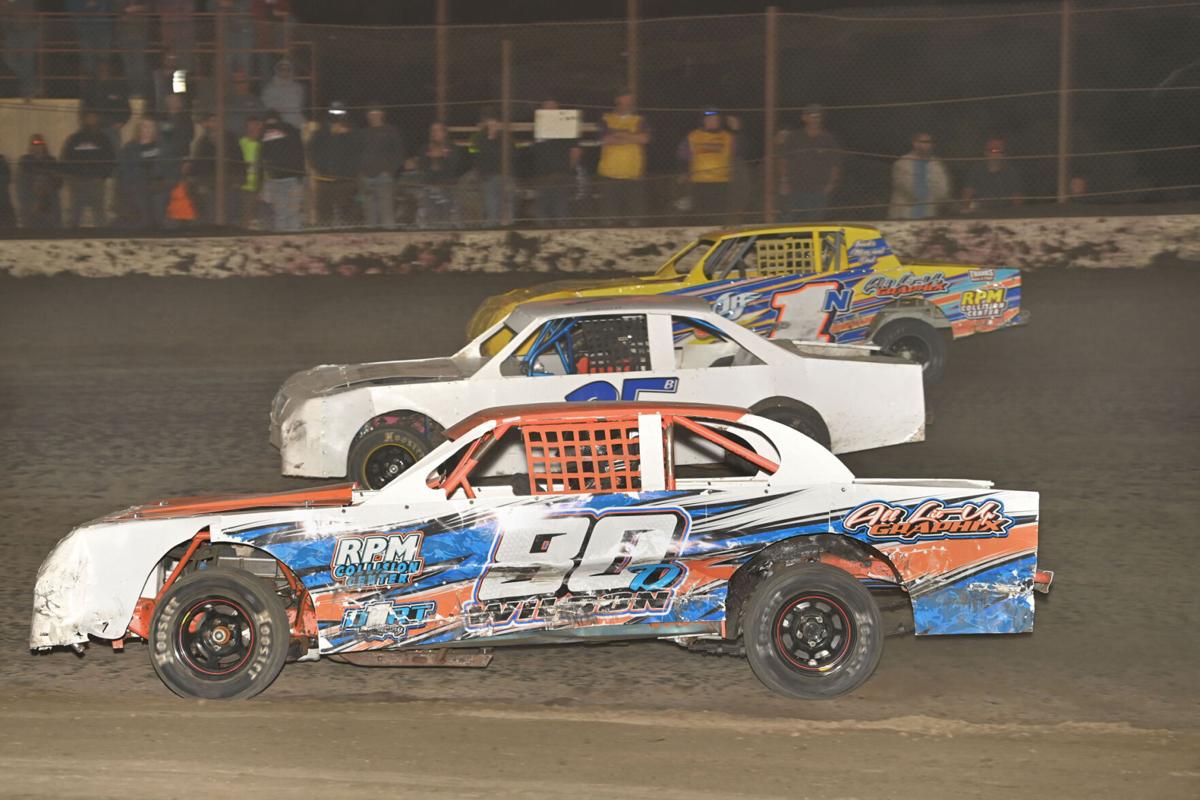 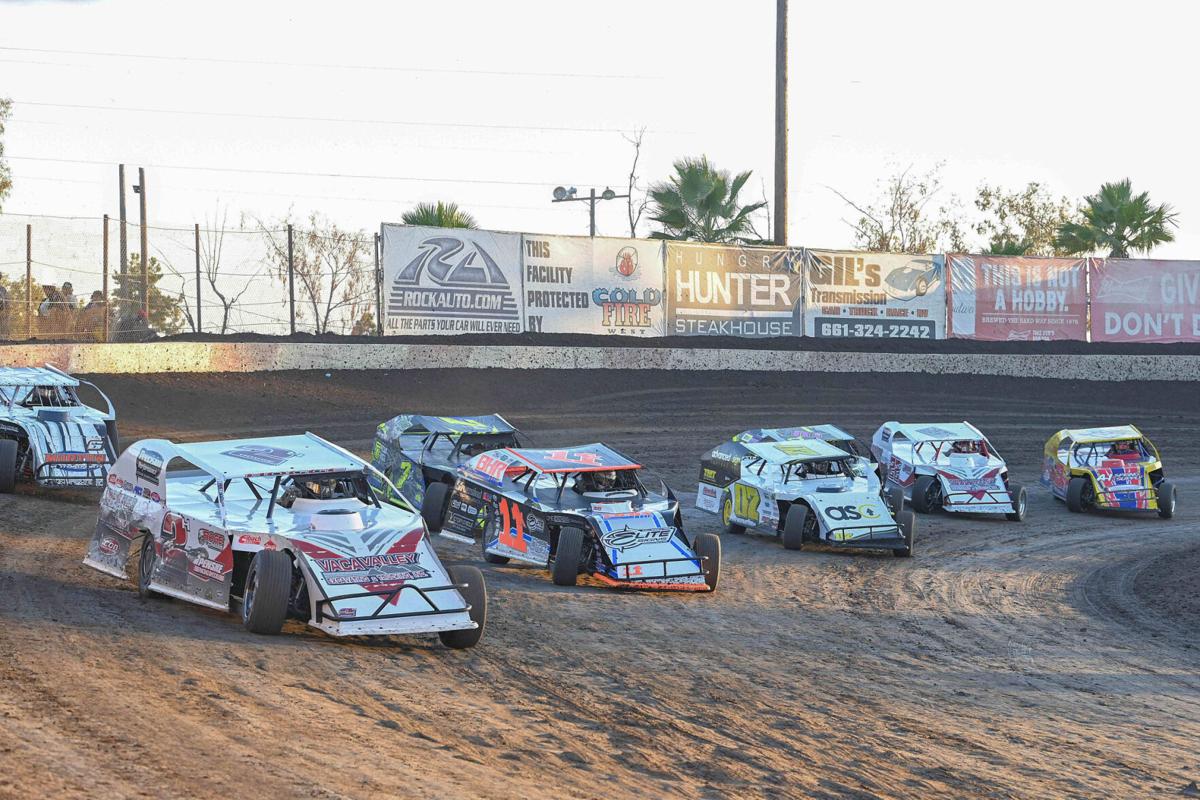 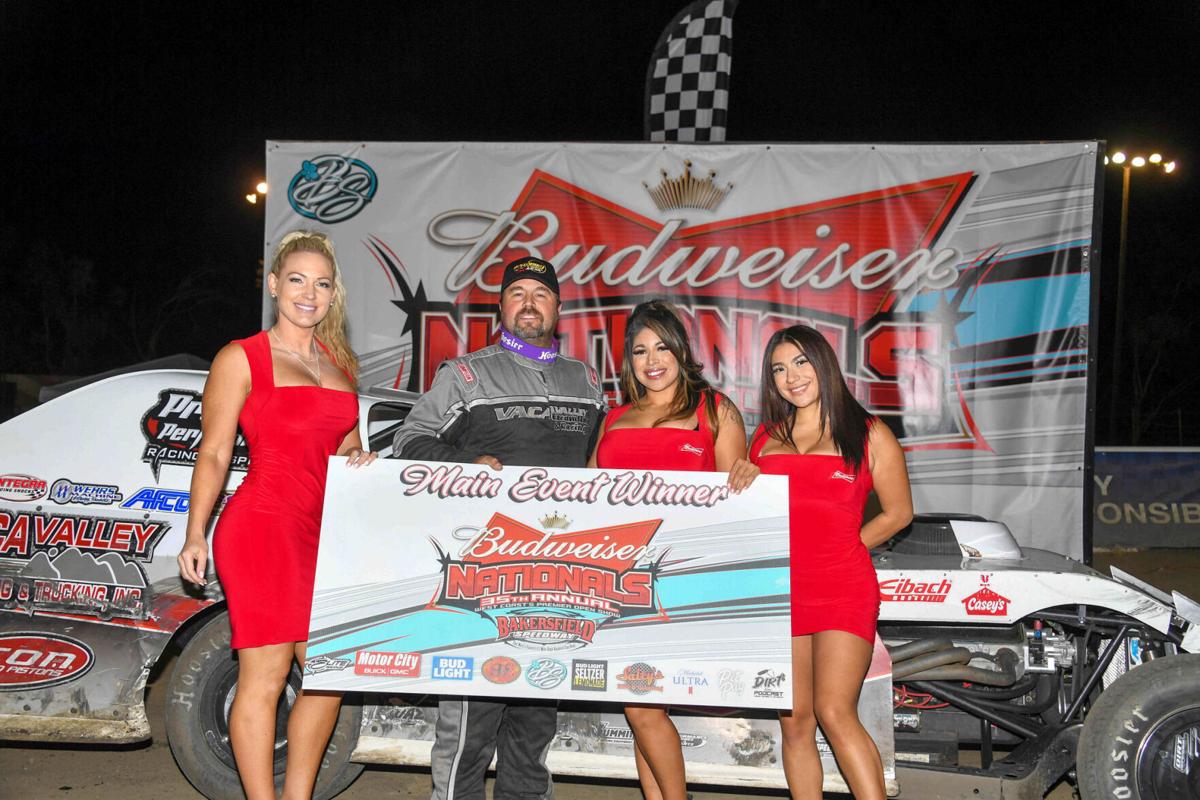 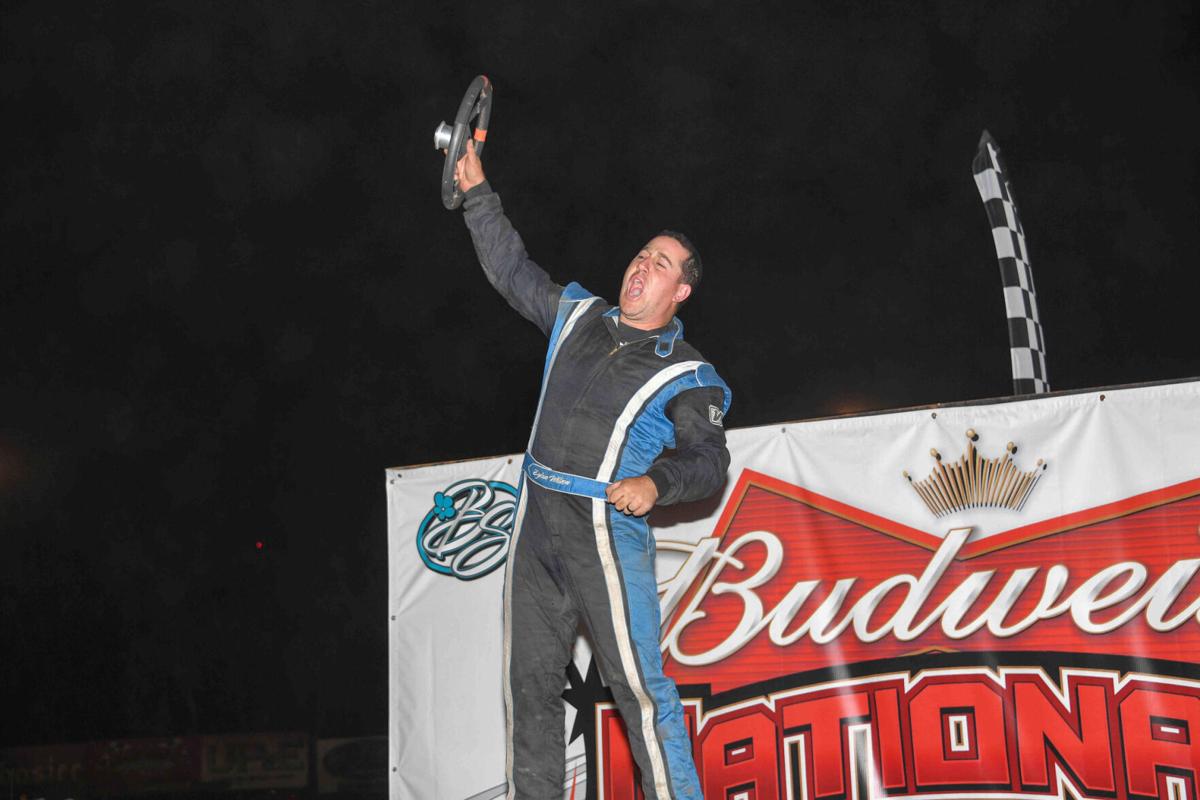 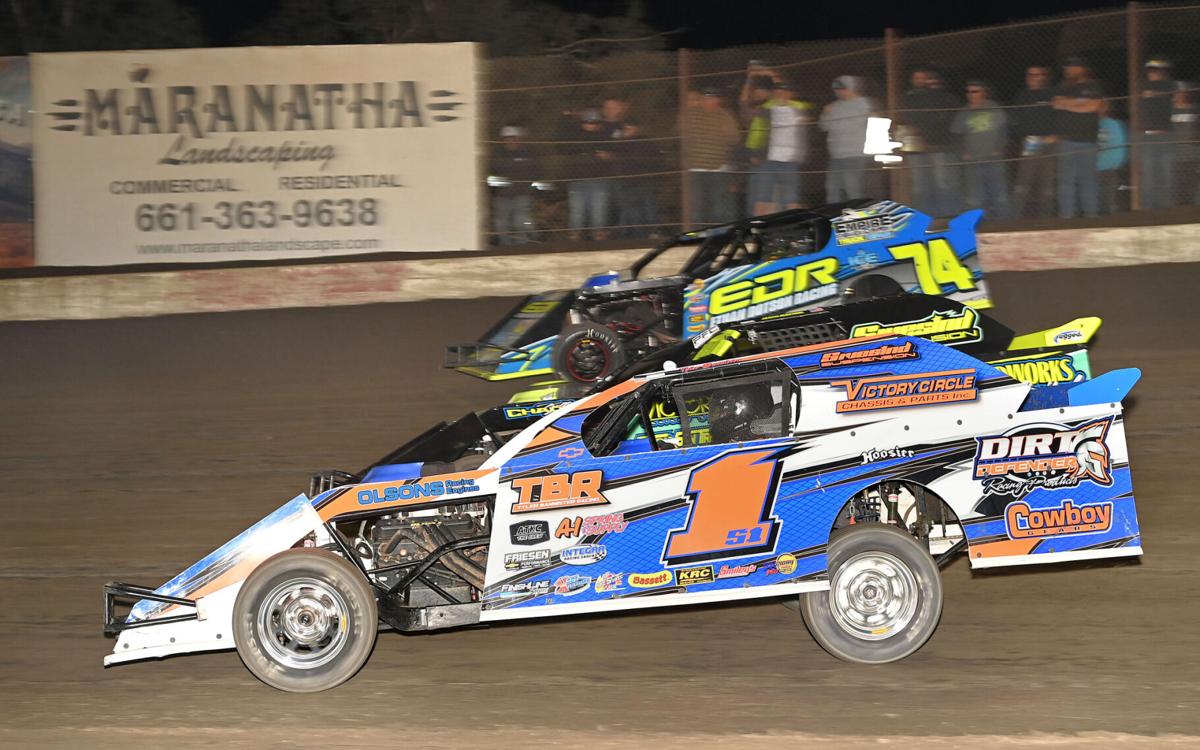 Tyler Bannister (151) races three wide with Jason Nation (83) and Ethan Dotson (74) for the lead during the Sport Mod race at Bakersfield Speedway on Friday night. 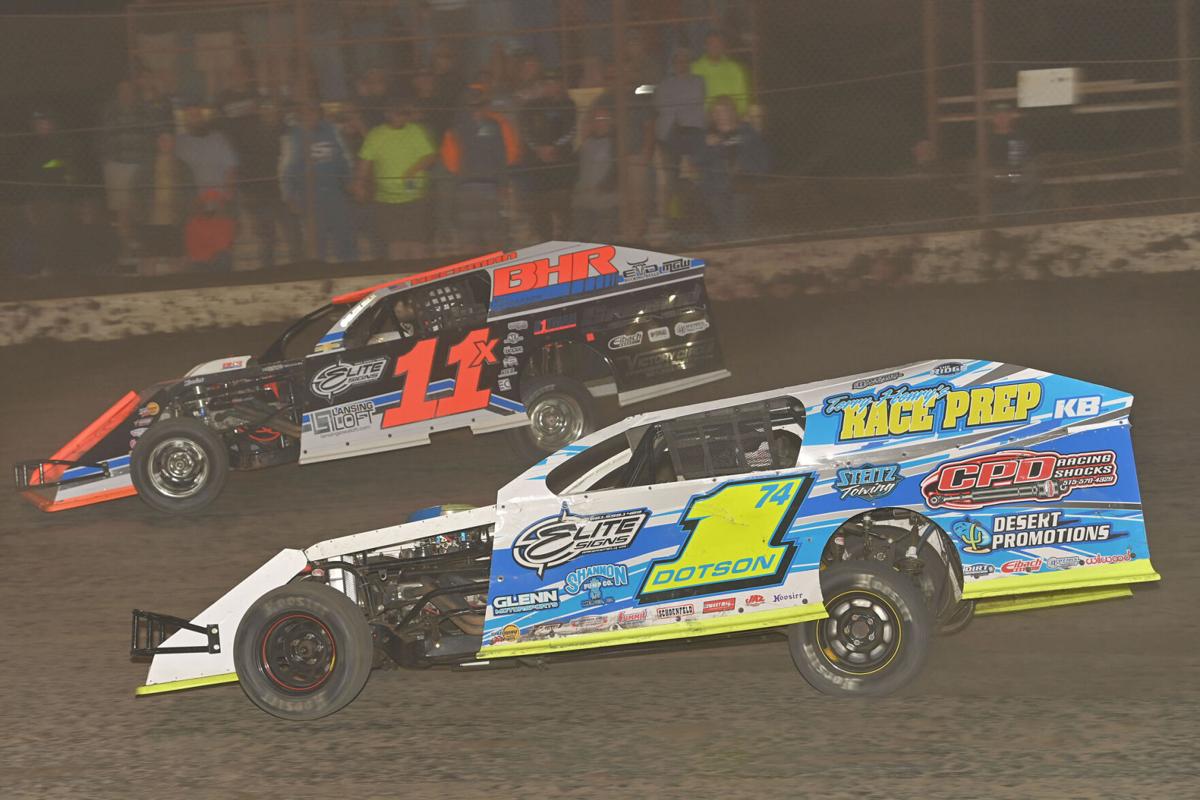 Ethan Dotson battles Kyle Heckman (11x) for the lead in the Modified race on Saturday night at Bakersfield Speedway. 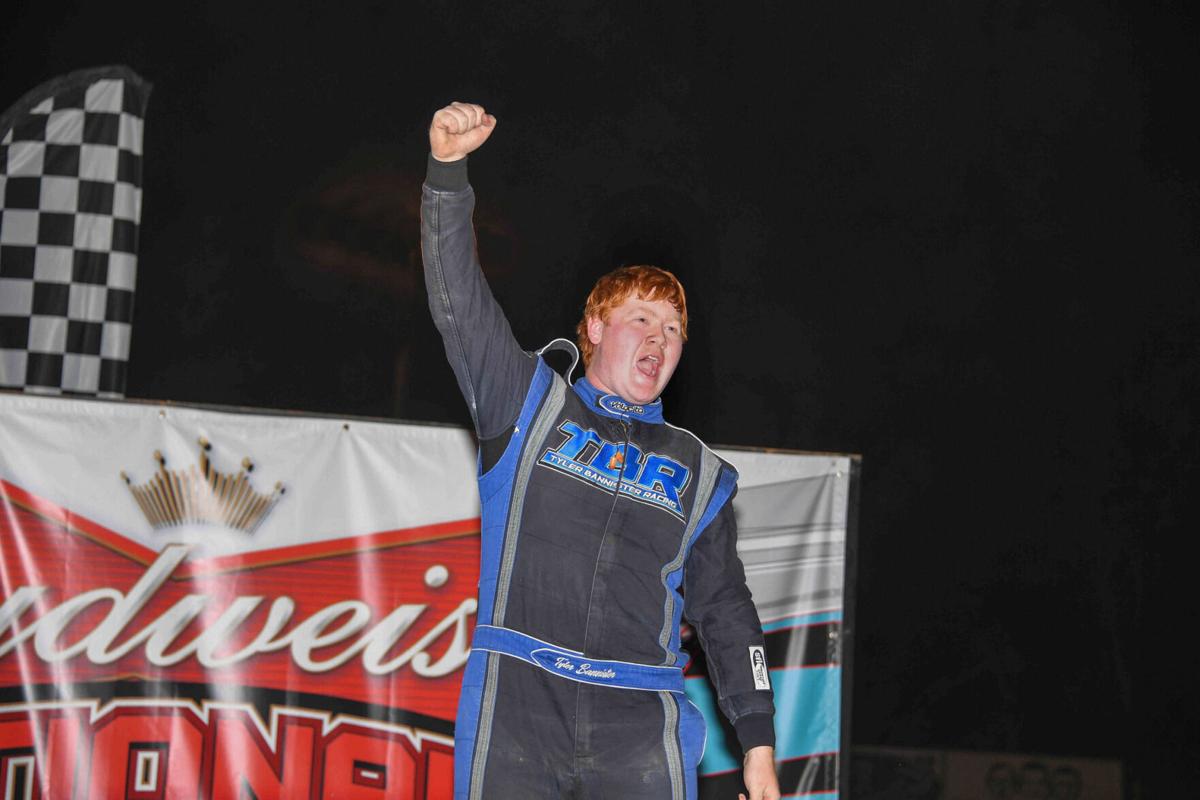 Tyler Bannister (151) races three wide with Jason Nation (83) and Ethan Dotson (74) for the lead during the Sport Mod race at Bakersfield Speedway on Friday night.

Ethan Dotson battles Kyle Heckman (11x) for the lead in the Modified race on Saturday night at Bakersfield Speedway.

It wasn't as dominating a performance as two years ago, but it came close.

Bakersfield’s Ethan Dotson capped the two-day 35th Budweiser Nationals at Bakersfield Speedway with impressive wins on Saturday night in both the IMCA Modified and Sport Mod divisions. Dotson ran second in the Modified race on Friday night and placed third in the Sports Mod feature. That performance netted him a cool $4,500 for the weekend.

The event was not held last year due to COVID restrictions, but two years ago Dotson swept his events, winning both of the Modified and Sports Mod features.

Dotson took the lead from Kyle Heckman on the sixth lap of Saturday night’s 40-lap feature and set a pace no one could match as he rode the cushion up high around the third-mile clay oval.

“It was a lot of fun,” he said. “It was kind of hairy at times. I slipped up once and thought I was going to knock the fence down.”

Heckman finished second, a third of a lap behind, followed by D.J. Shannon, Jerry Flippo and Troy Morris Jr.

Bobby Hogge IV of Watsonville had the hot hand entering the Bud Nationals and came away with the Modified win on Friday night. Hogge took the lead on the second lap and held off repeated challenges from Dotson. Robby Sawyer placed third.

“This is an awesome car,” Hogge said. “I knew those guys were coming, all of a sudden I saw a blue flash (Dotson’s car) and I had to really keep my composure. This is our fourth win in the last five races and we’ve got our program headed in the right direction.”

“It’s a lot of fun racing at Bakersfield Speedway,” Dotson said. “It’s one of my favorite tracks in the country.”

Bannister powered from third to first in the last two laps to win the Sports Mod feature on Friday night.

Jason Nation, running the low groove, was leading with three laps to go when he drifted high to block Dotson’s run on the high side of the track. Bannister, running a close third, jumped on the opening down low, took the lead as and held on for the win.

“It’s a dream come true,” said Bannister, who was the IMCA Sports Mod National Rookie of the Year. “I think this is the highlight of my career. It means a lot to me.”

Cimental ran the high groove with Wilson stuck down low. The two swapped the lead a couple of times with Wilson edging ahead on lap 24 when a caution fell. That set up a one-lap dash to the checkered flag which Wilson won.