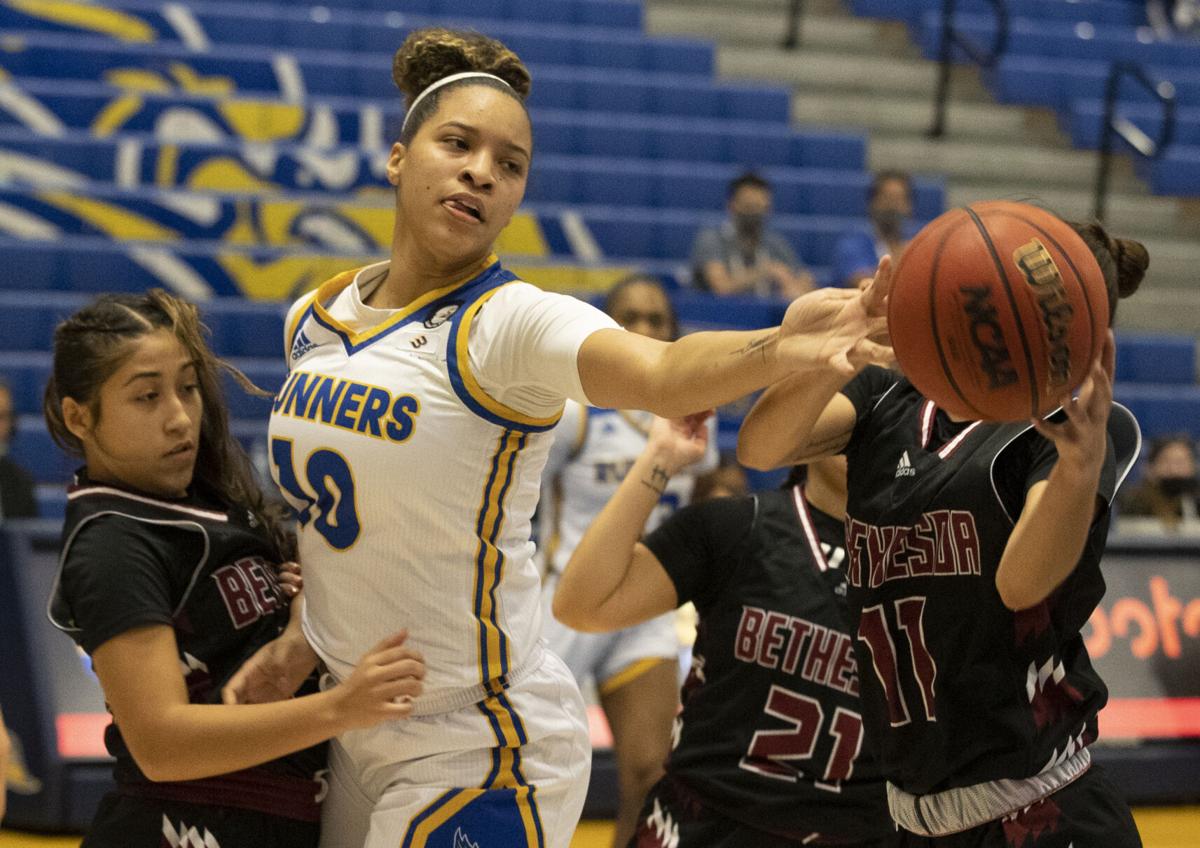 CSUB's Jayden Eggleston fights for the ball during Tuesday's game against Bethesda at Icardo Center. 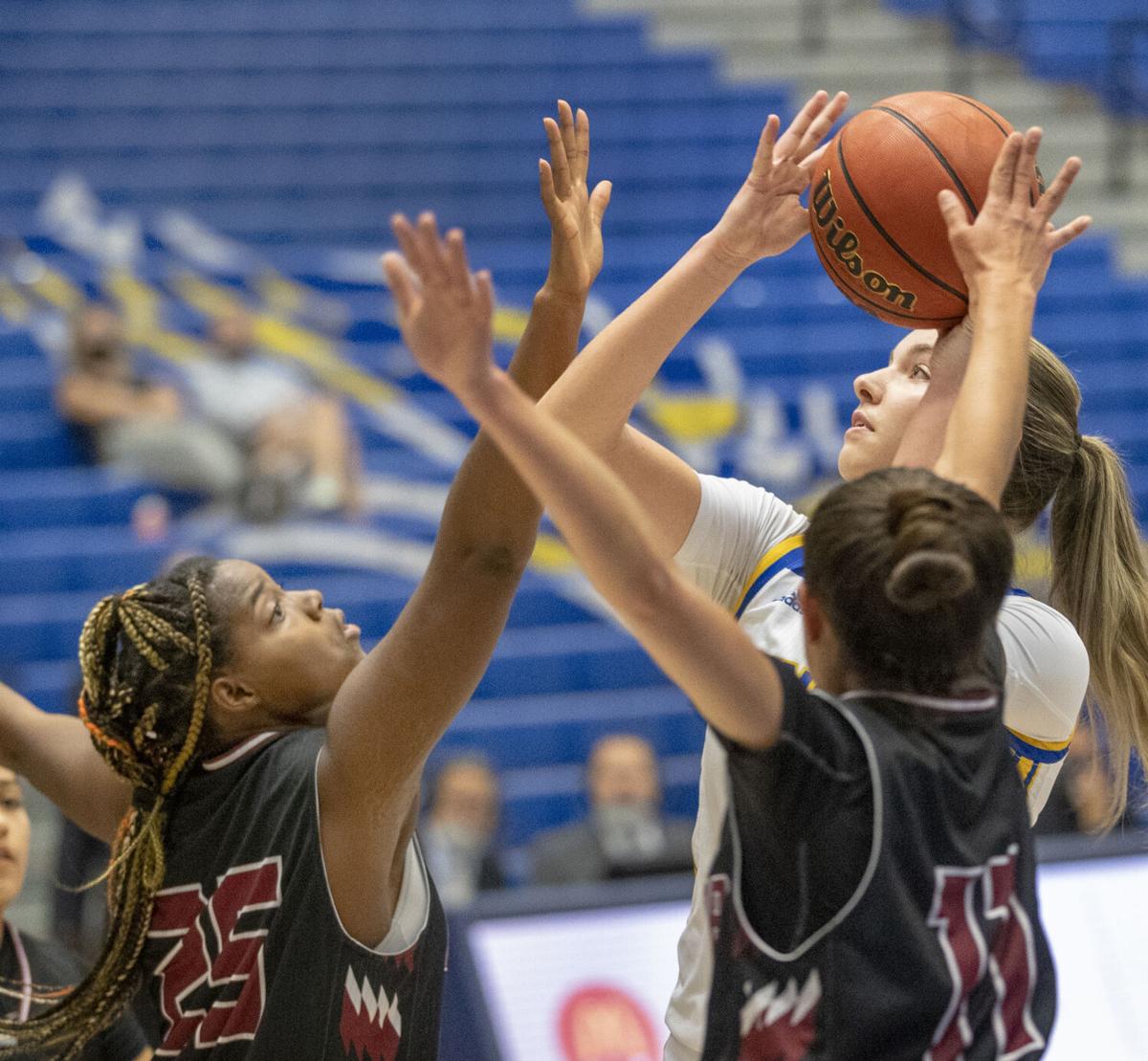 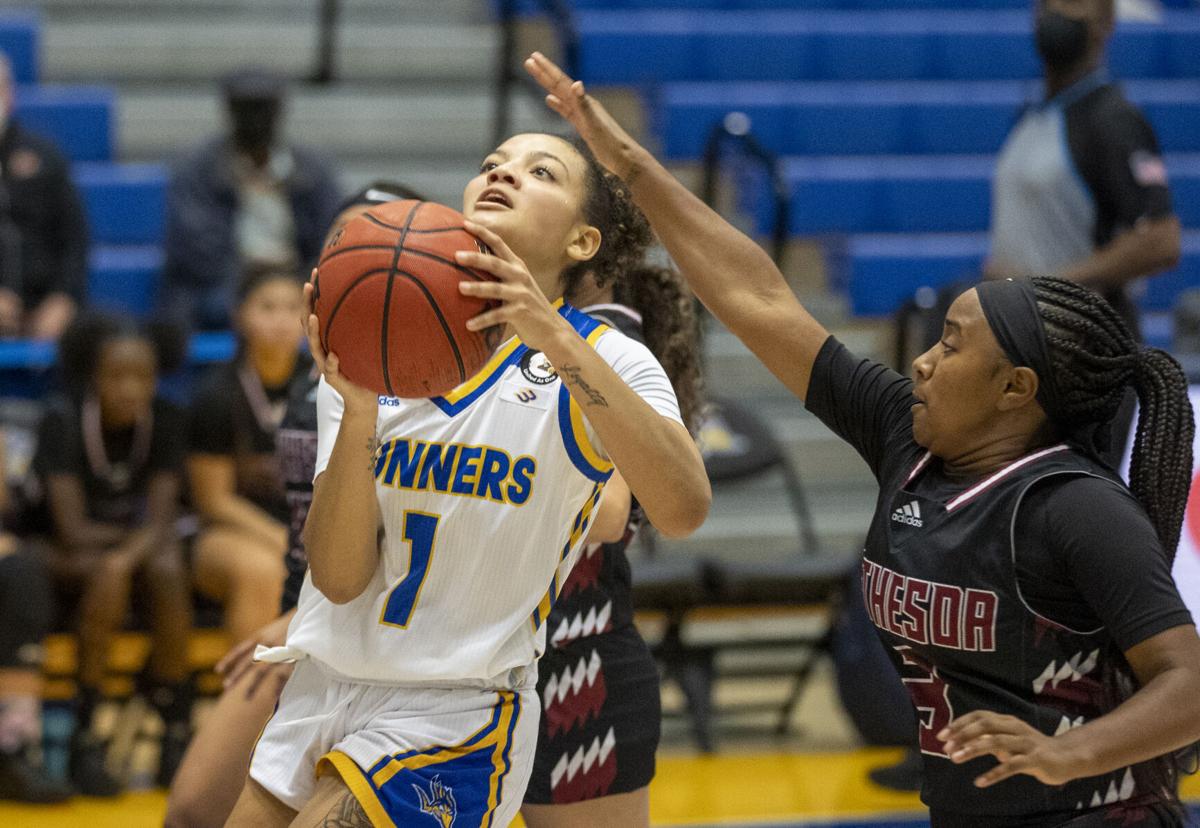 CSUB's Tatyanna Clayburne goes up for a layup during Tuesday night's game against Bethesda at Icardo Center.

CSUB's Jayden Eggleston fights for the ball during Tuesday's game against Bethesda at Icardo Center.

CSUB's Tatyanna Clayburne goes up for a layup during Tuesday night's game against Bethesda at Icardo Center.

The Cal State Bakersfield women's basketball team locked down the Bethesda Flames to build a 40-point lead by halftime, then elevated their rebounding and offensive intensity in the second half to win 111-19 Tuesday night.

Welcoming fans back to the Icardo Center officially for the first time since March 2020, the Roadrunners put on a supreme display against the non-NCAA Flames, as five players finished in double figures, with Jayden Eggleston (21 points, 10 rebounds), Hennie van Schaik (13 points, 14 rebounds) and Kayla Morris (14 points, 10 rebounds) recording double-doubles.

The game provided a chance for 10 Roadrunners to play at least 15 minutes and build experience heading into the rest of the season, which coach Greg McCall said will be helpful.

"We always tell our players, 'You never know when the ball could stop bouncing at any time.' ... The next player has to be ready to step up," McCall said.

Senior center Vanessa Austin tweaked her ankle after six minutes and sat out the remainder of the game; McCall said she's fine and it was precautionary. In her absence, freshman debutants van Schaik and Morris stepped up in the paint.

"I just know I had to pick my game up," Morris said. "I had to be there for Vanessa."

The final 60-28 rebounding disparity was all the more impressive considering CSUB led just 23-21 in rebounds at halftime.

"Coach came to me earlier today and talked about how I need to rebound more and crash the boards," Eggleston said, "so I just put it in my mind as a goal."

The Flames' rebounding was solid early, but they struggled in most other aspects of the game. CSUB built a 23-2 lead in the first quarter primarily through its height advantage in the paint. Once Austin went out it was the 6-foot-3 van Schaik racking up the points, and she was also able to spread the floor, hitting a pair of threes. When Bethesda doubled the freshman on an inbound at the start of the second quarter, it left Andie Easley wide open for a layup.

"We were just running in and the ball was bouncing over our head in the first half," McCall said.

Of course, the Flames also turned the ball over 21 times in the first half. That's what allowed the Roadrunners to close it on a 14-0 run that featured four fast-break layups, putting the score at 47-7.

What challenges CSUB experienced in the first half evaporated in the second. After a jump shot from Alex Buckley made it 54-9, the Roadrunners scored 28 straight points, highlighted by some tough layups through contact by Eggleston and a variety of scoring opportunities for Miracle Saxon, who finished with 16 points.

Their dominance on the boards was epitomized by a play early in the fourth quarter on which Morris got her own rebound three straight times before converting a layup to make it 89-12.

Only after CSUB passed the century mark did the Flames get a spark, adding late threes from Romancito and Buckley, as the Roadrunners went into a brief shooting slump. Those baskets sealed the final margin at 92 points.

The defeat marked the eighth straight and most decisive loss for Bethesda. CSUB is 1-0 heading into a three-game road trip that begins with Pacific on Nov. 17 and includes a Pac-12 opponent, Oregon State.