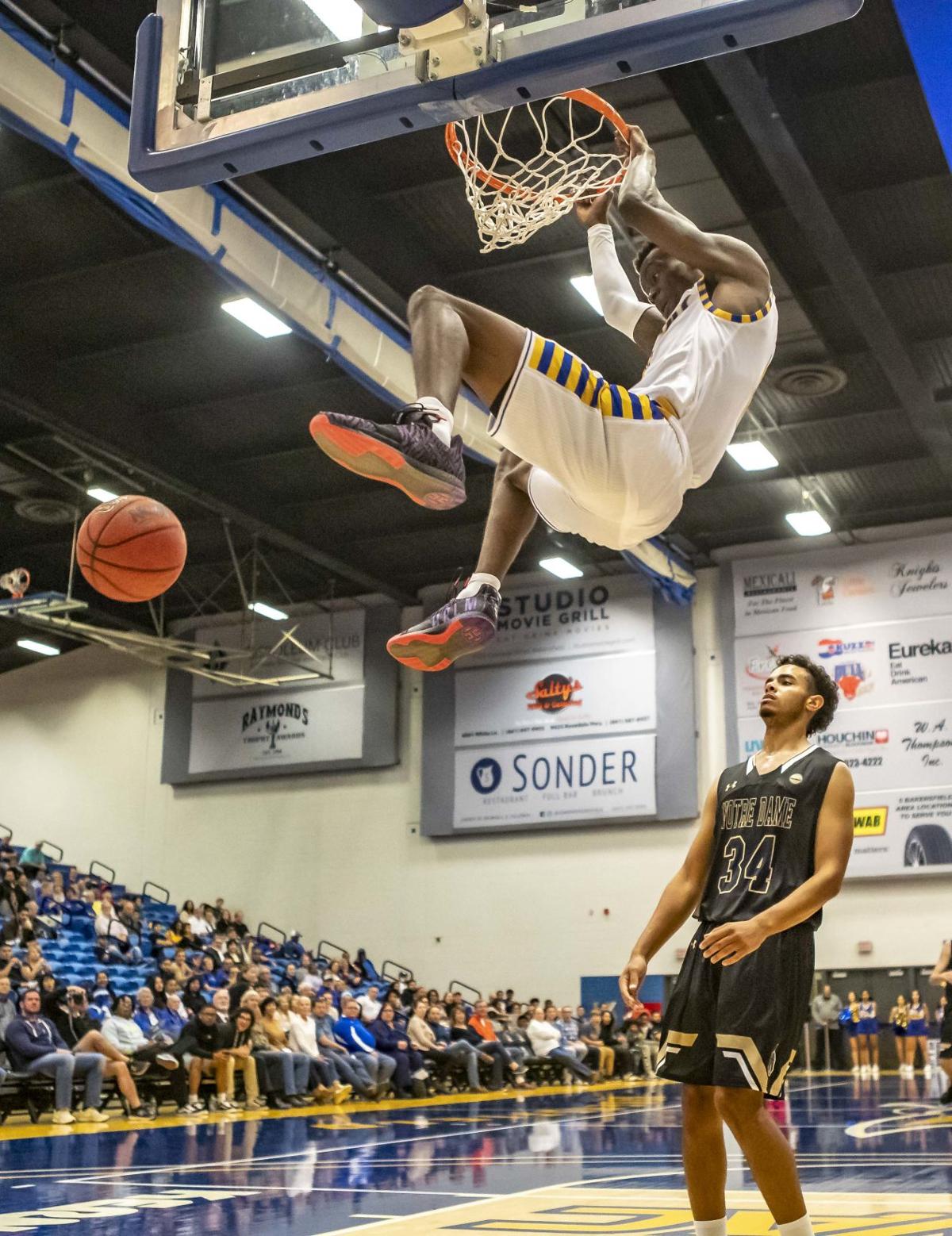 CSUB's Taze Moore dunks in a 2019 game. Moore announced Monday that he is transferring to Houston. 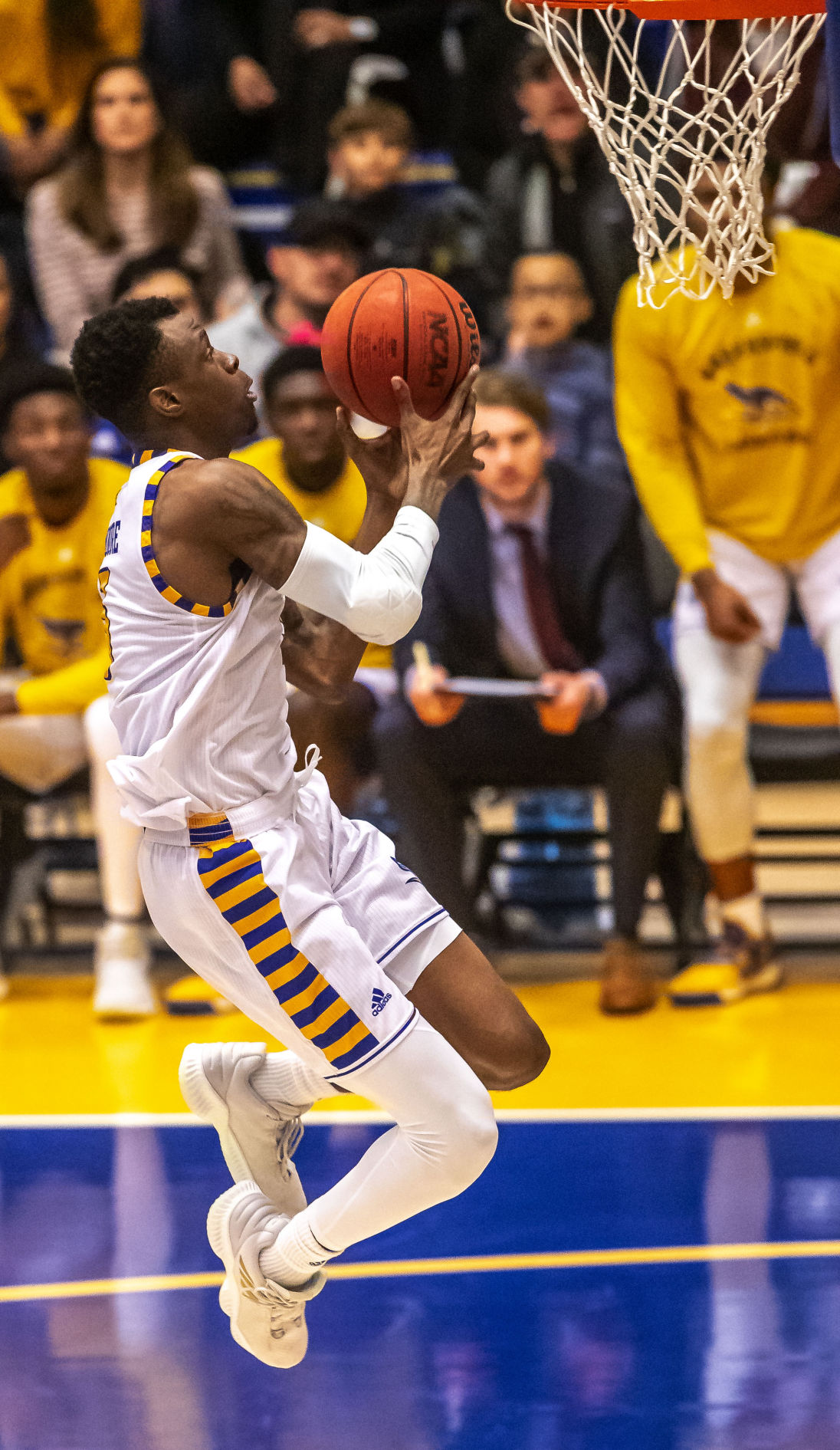 CSUB's Taze Moore goes up for a score during a January 2019 game against Utah Valley at the Icardo Center.

CSUB's Taze Moore dunks in a 2019 game. Moore announced Monday that he is transferring to Houston.

CSUB's Taze Moore goes up for a score during a January 2019 game against Utah Valley at the Icardo Center.

In his five years at Cal State Bakersfield, Taze Moore experienced about everything imaginable.

From a teenager struggling to adjust to life 1,800 miles from his hometown of South Haven, Miss., who suffered through a horrific leg injury his freshmen year that required five surgeries, to being the Roadrunners leading scorer and an elite defender, Moore has seen plenty of ups and downs along the way.

But with one year of eligibility remaining, the 6-foot-4 senior said he is ready for a new challenge, one that would better prepare him for his ultimate goal of playing in the NBA.

Moore entered the transfer portal on March 24, and his departure became official Monday when he announced he is transferring to Houston for his final season.

It was a decision the explosive, ultra-athletic Moore didn’t take lightly.

“Man, it was tough,” Moore said. “I mean I really had to sit in my room and cry and think about it. I didn’t even call my mom or anything like that. I had to really sit in here and think about what I wanted to do.

So when Cougars head men’s basketball coach Kelvin Sampson called last week, the opportunity was too good to pass up — even if it seemed almost too good to be true.

“They just hit me up, and when they did, I was shocked,” Moore said. “I thought they were lying. I thought it wasn’t Houston at first, and then he said he was Coach Sampson, and I was like oh man … I even dropped the phone a little bit just to dance around my room.”

Moore’s reaction shouldn’t be surprising. Fresh off a Final Four appearance, although the Cougars lost to eventual NCAA champion Baylor in the national semifinals, Houston is recognized as one of the top college basketball programs in the country and figures to provide Moore an opportunity to showcase his skills on a national stage.

On paper, it’s a perfect fit for Moore and one he sees as a very similar environment to CSUB, only on a larger stage.

“It’s similar to (CSUB) in a way,” Moore said. “The defense, the toughness, the will to fight whether you’re up or down in a game. Just the coaches. The coaches are the same in a sense of wanting to work hard and make you a better person everyday. To be a better player everyday, you have to be a better person.”

The first-team All-Big West performer scored a team-high 12.2 points per game for the Roadrunners this season, finishing off a solid career at CSUB. He averaged 8.2 points, 3.2 rebounds and 1.8 assists per game in his four seasons for the Roadrunners. He was also named to the Western Athletic Conference All-defensive team.

Suffice to say, he will be missed. He is one of three Roadrunners who entered the graduate transfer market since the end of the season, as fellow seniors De'Monte Buckingham and Czar Perry also announced their intentions to play elsewhere.

Moore is planning a trip to Mississippi in the next few weeks and says he is expected to arrive in Houston some time in June, a plan that leaves him with mixed emotions.