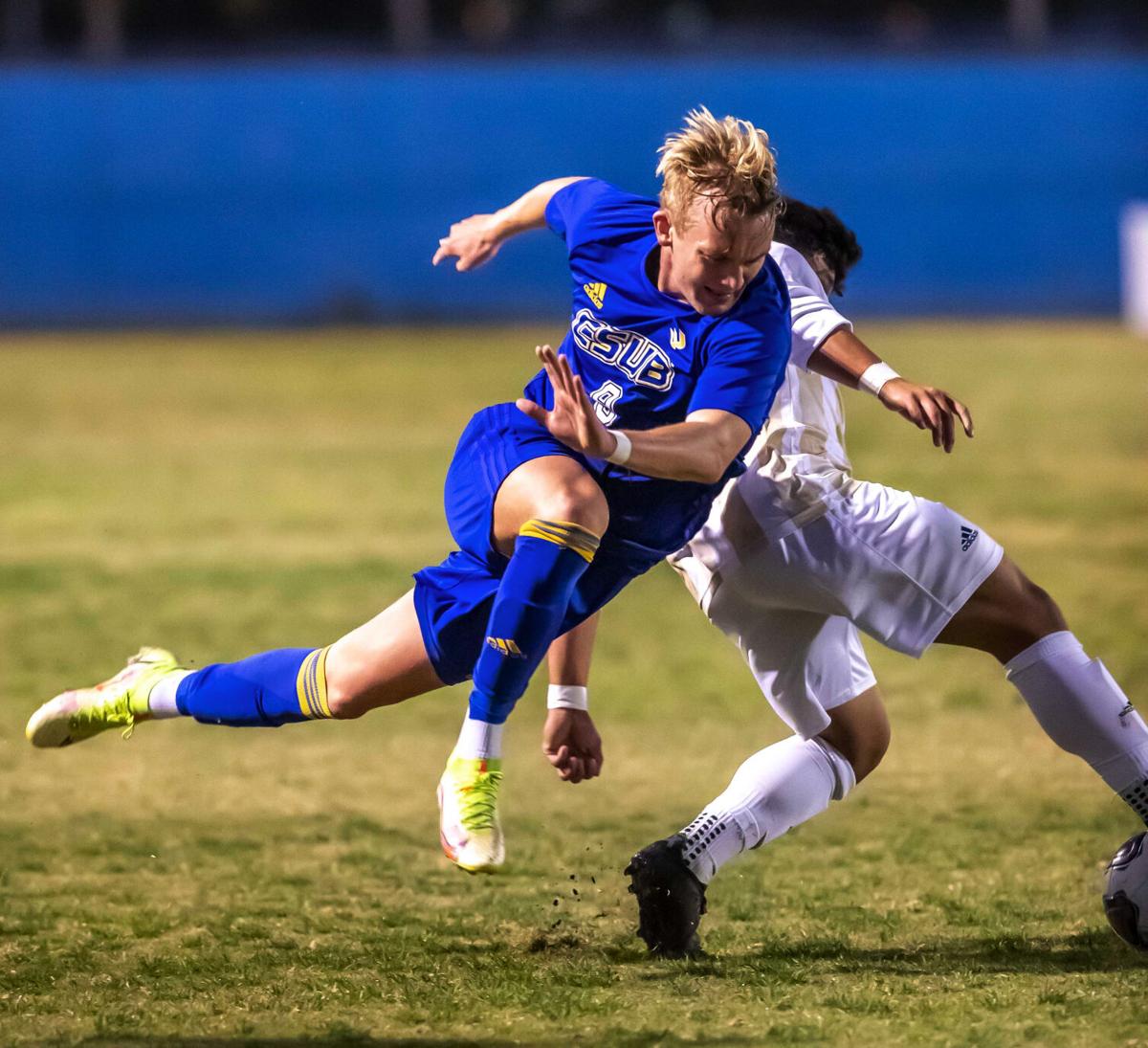 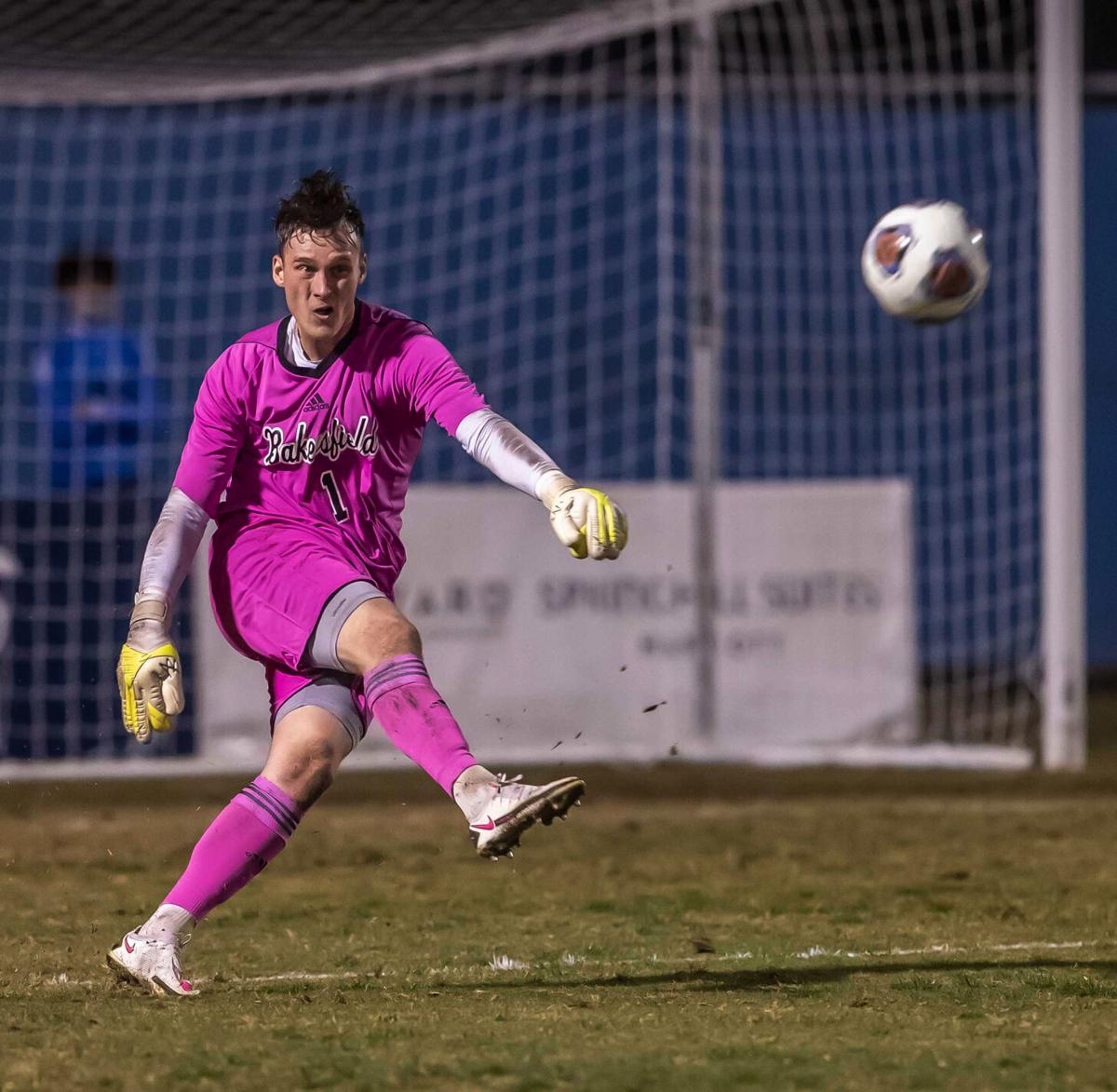 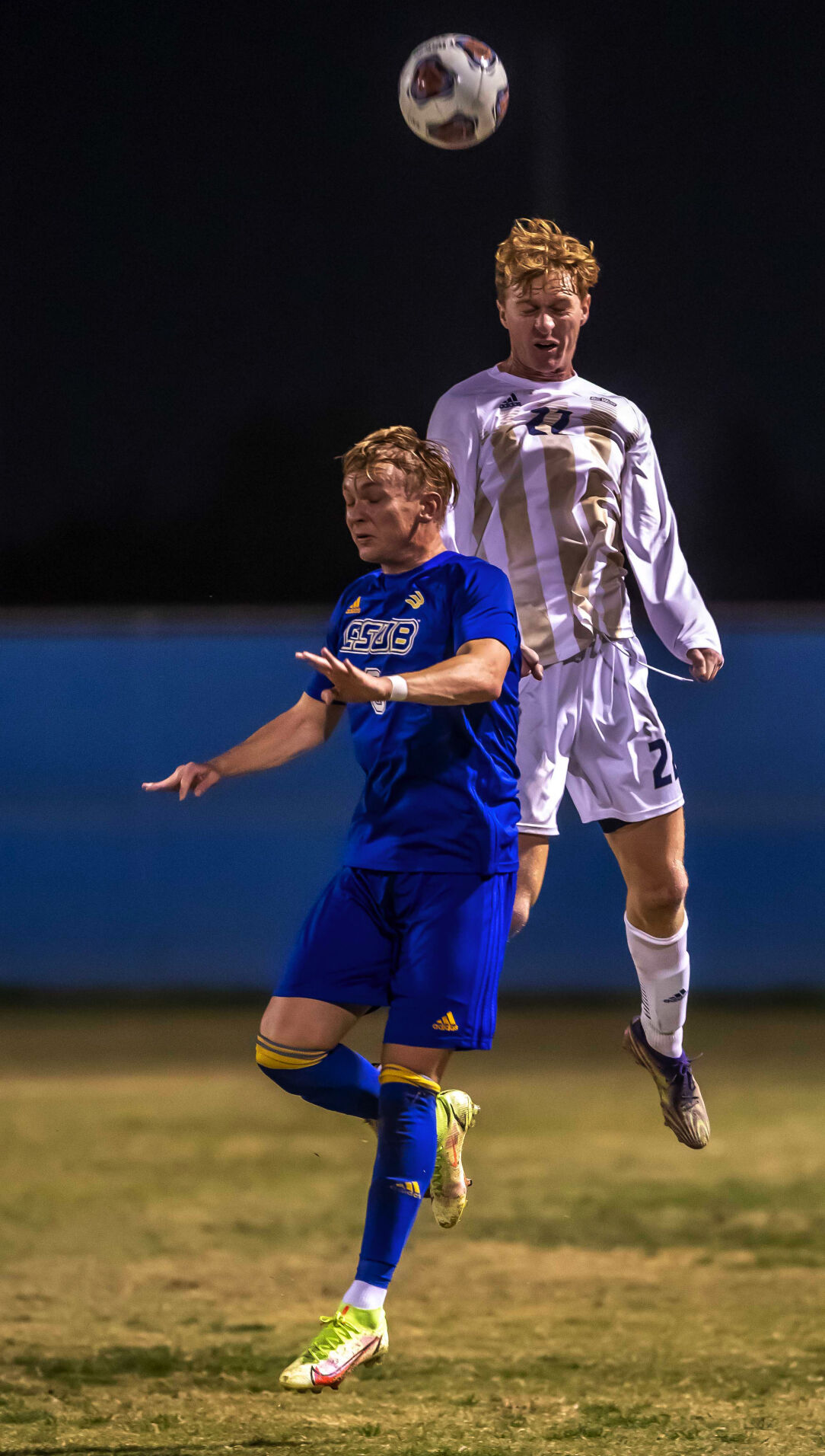 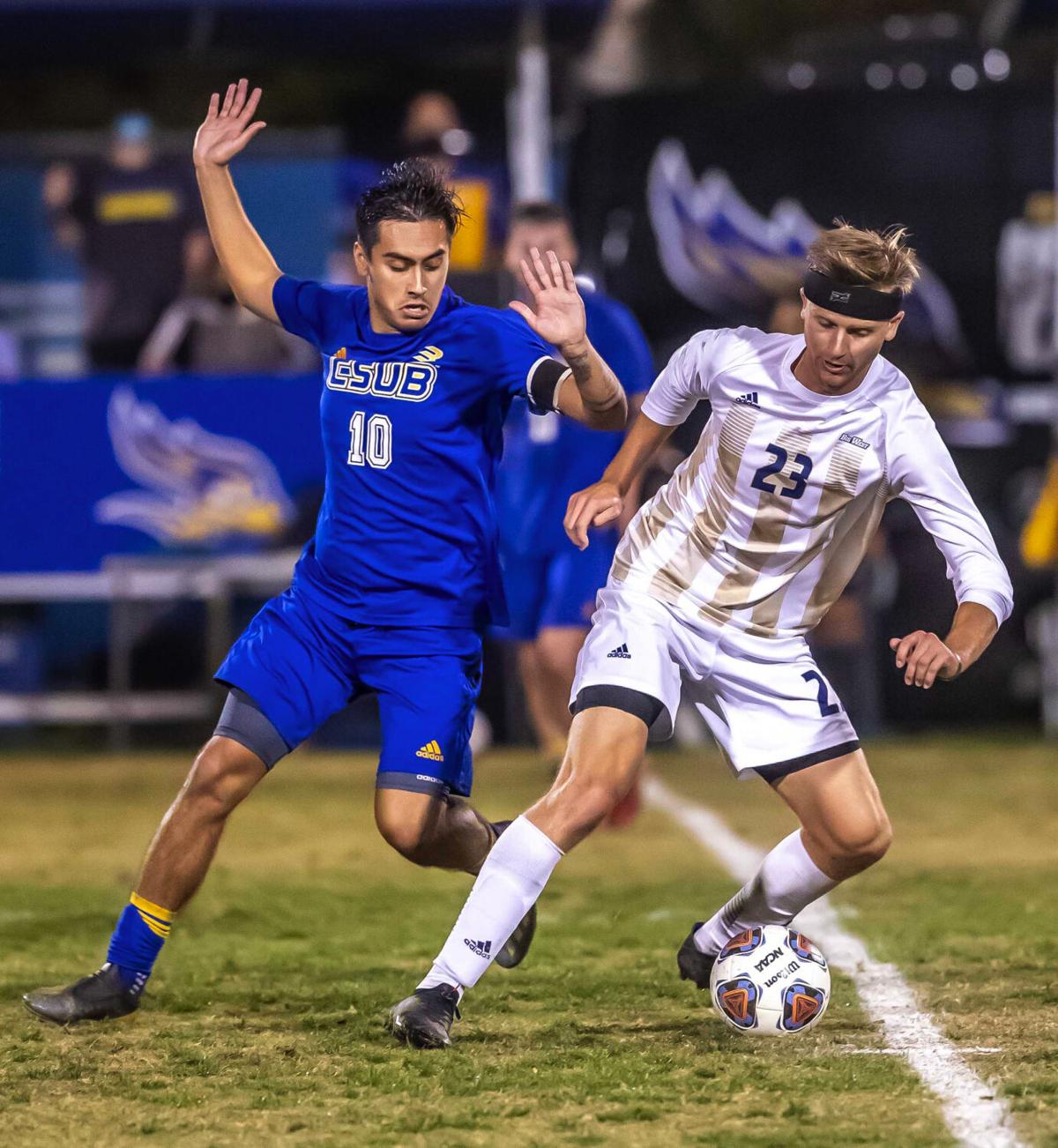 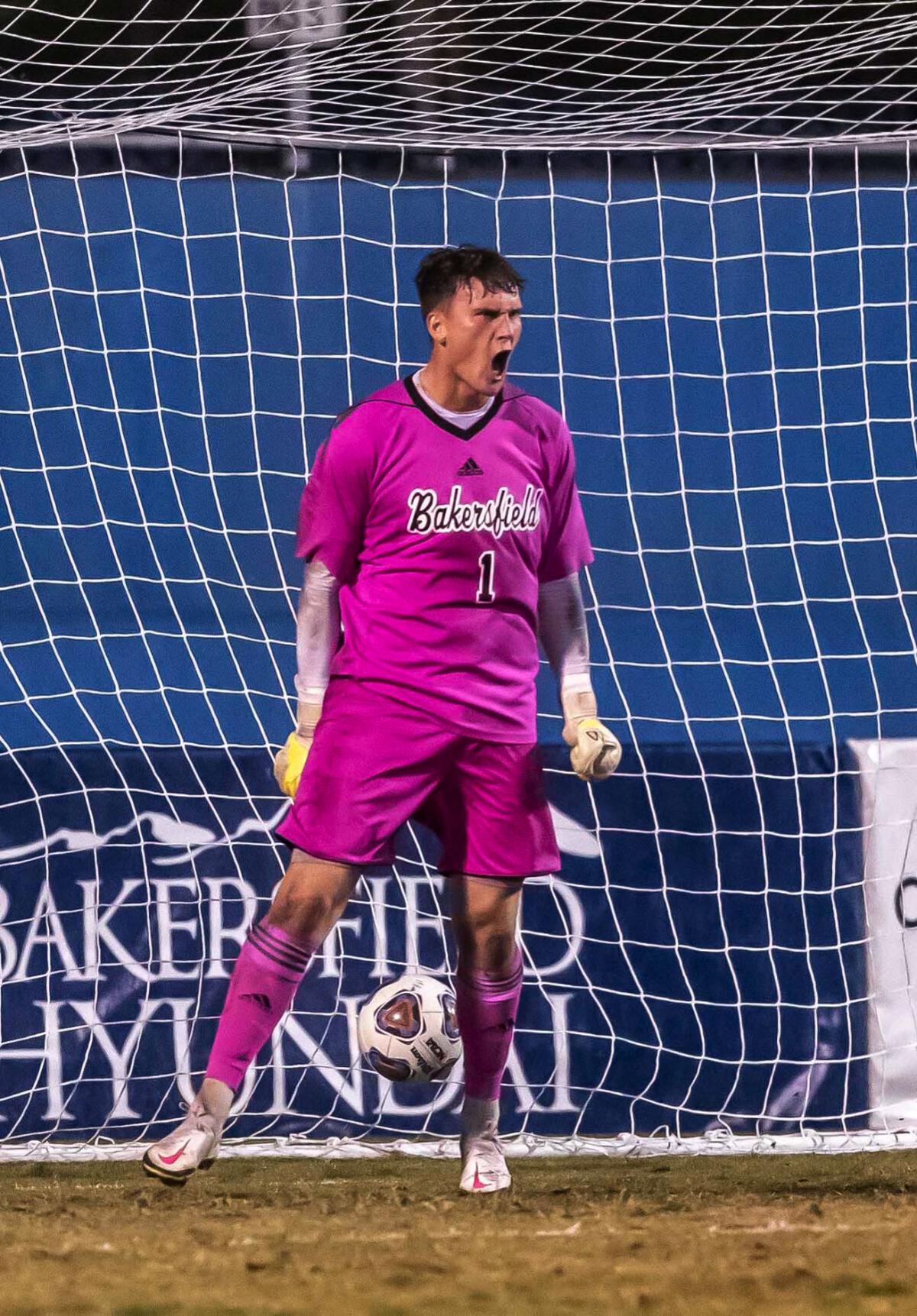 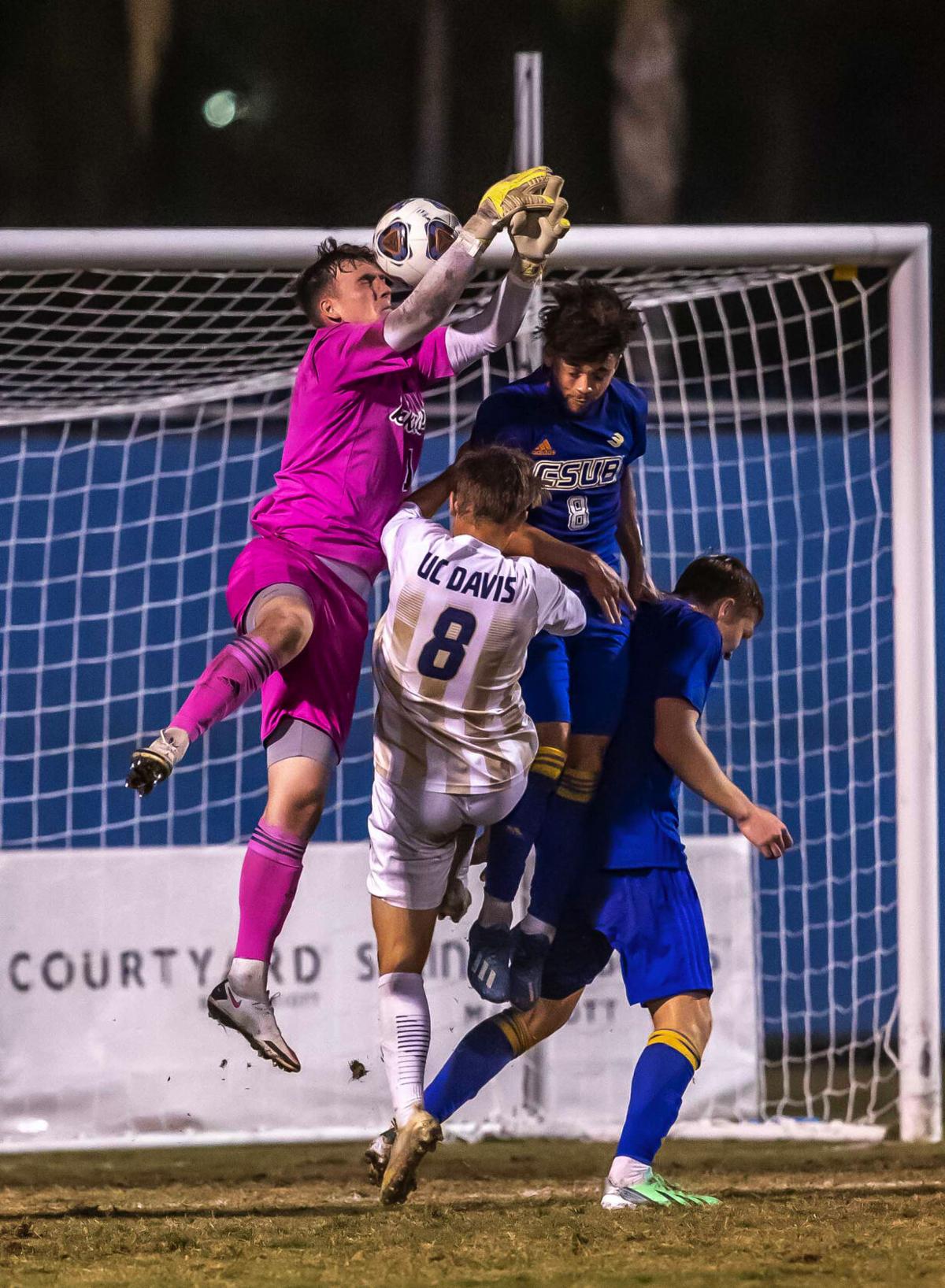 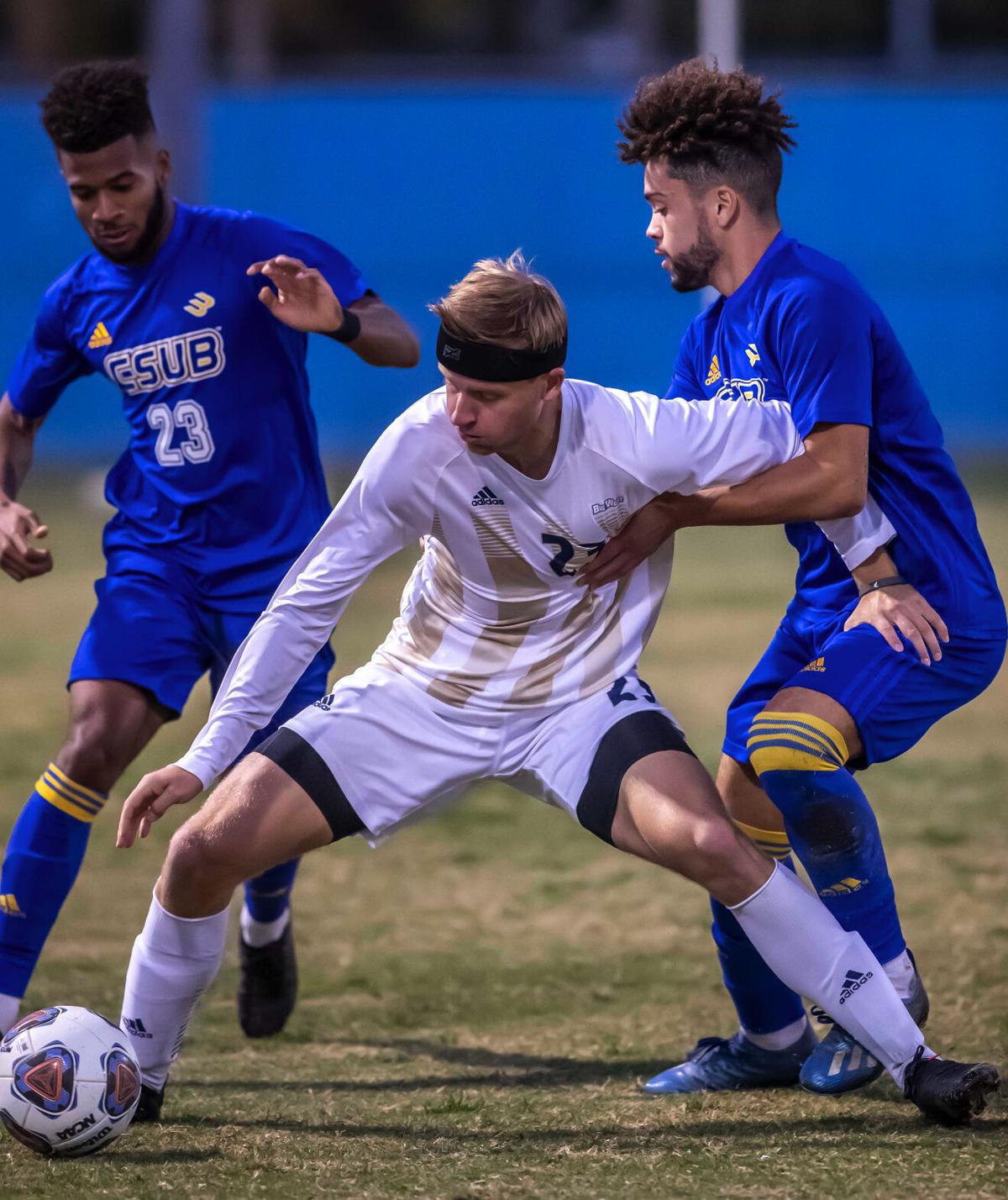 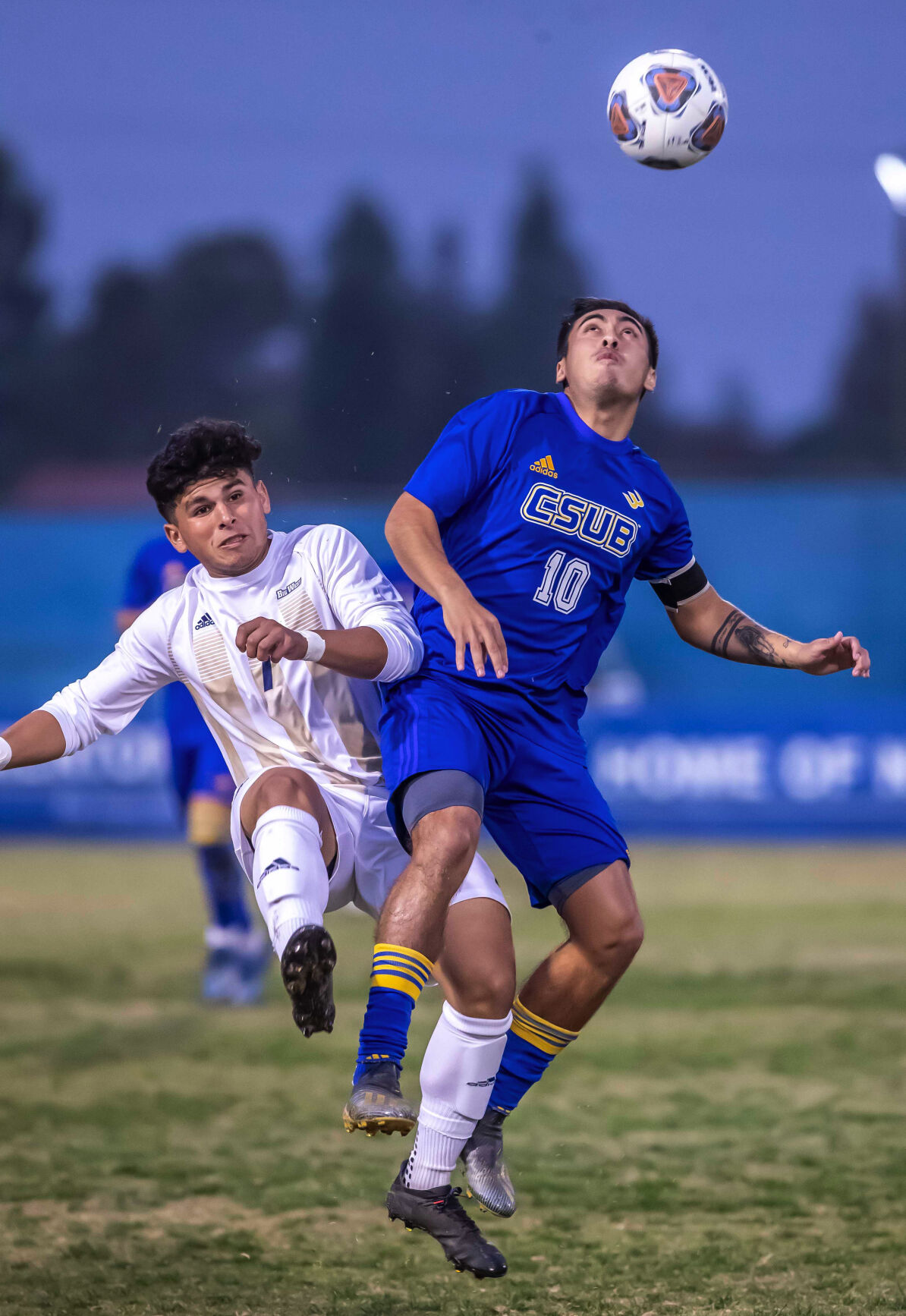 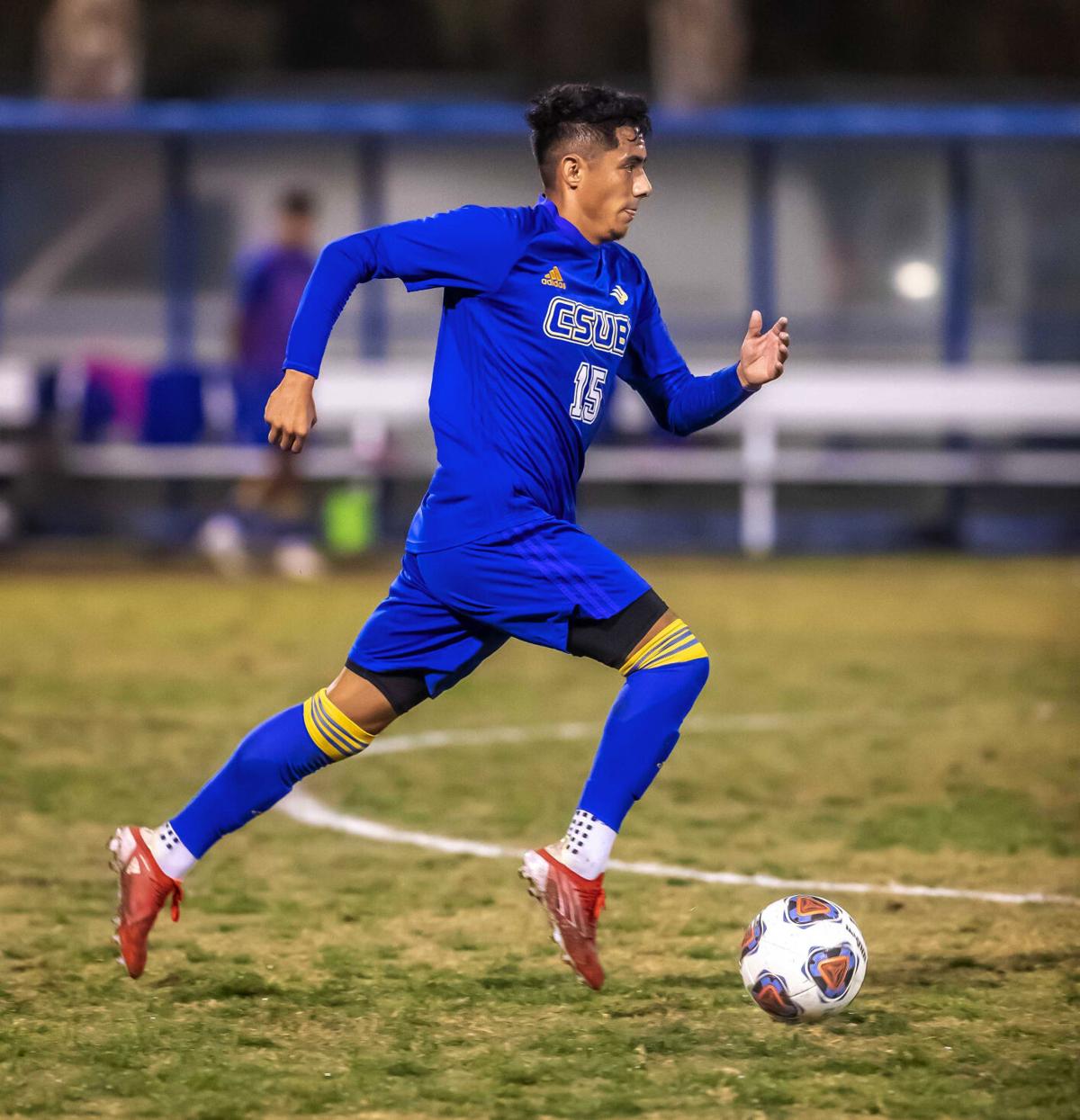 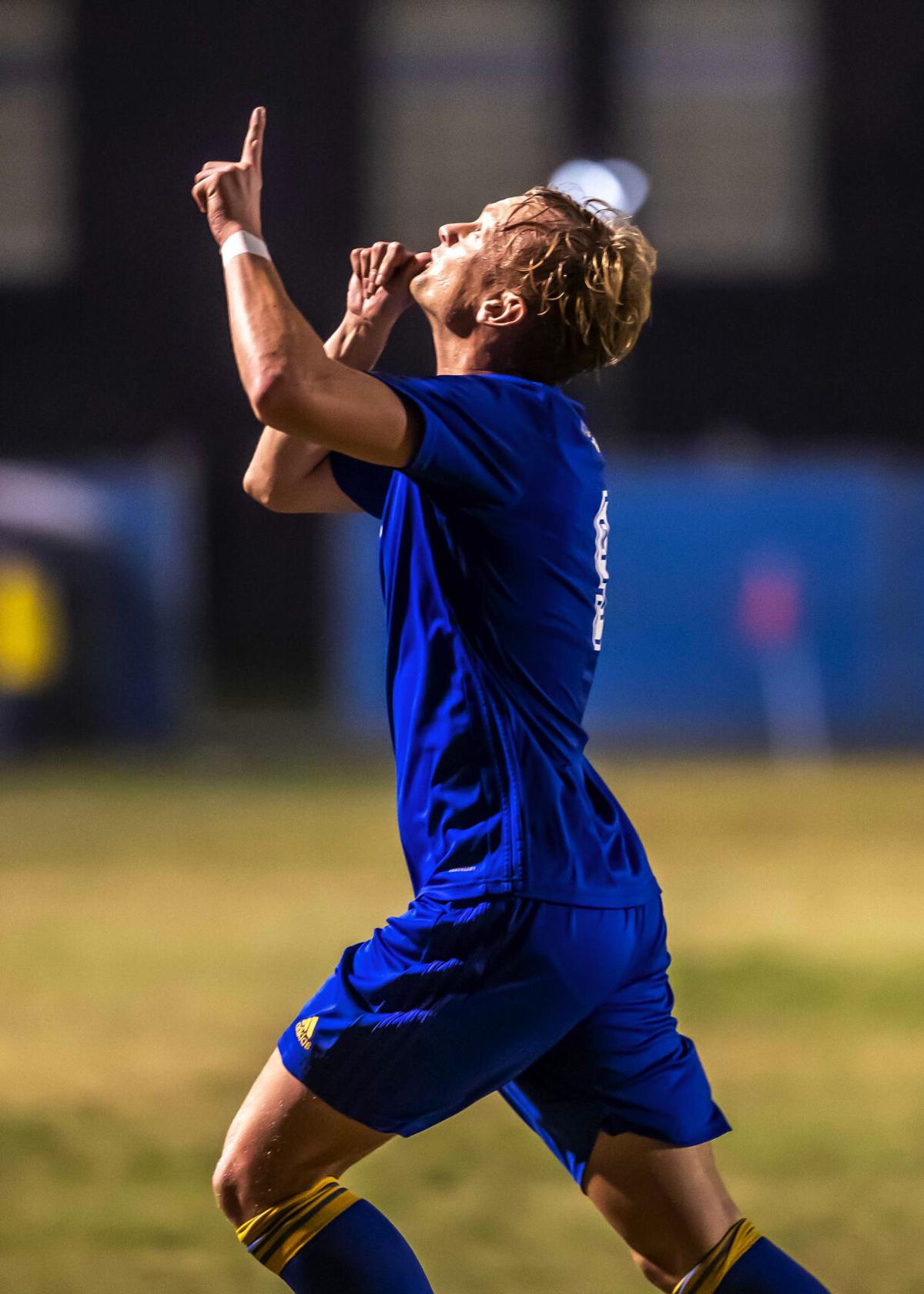 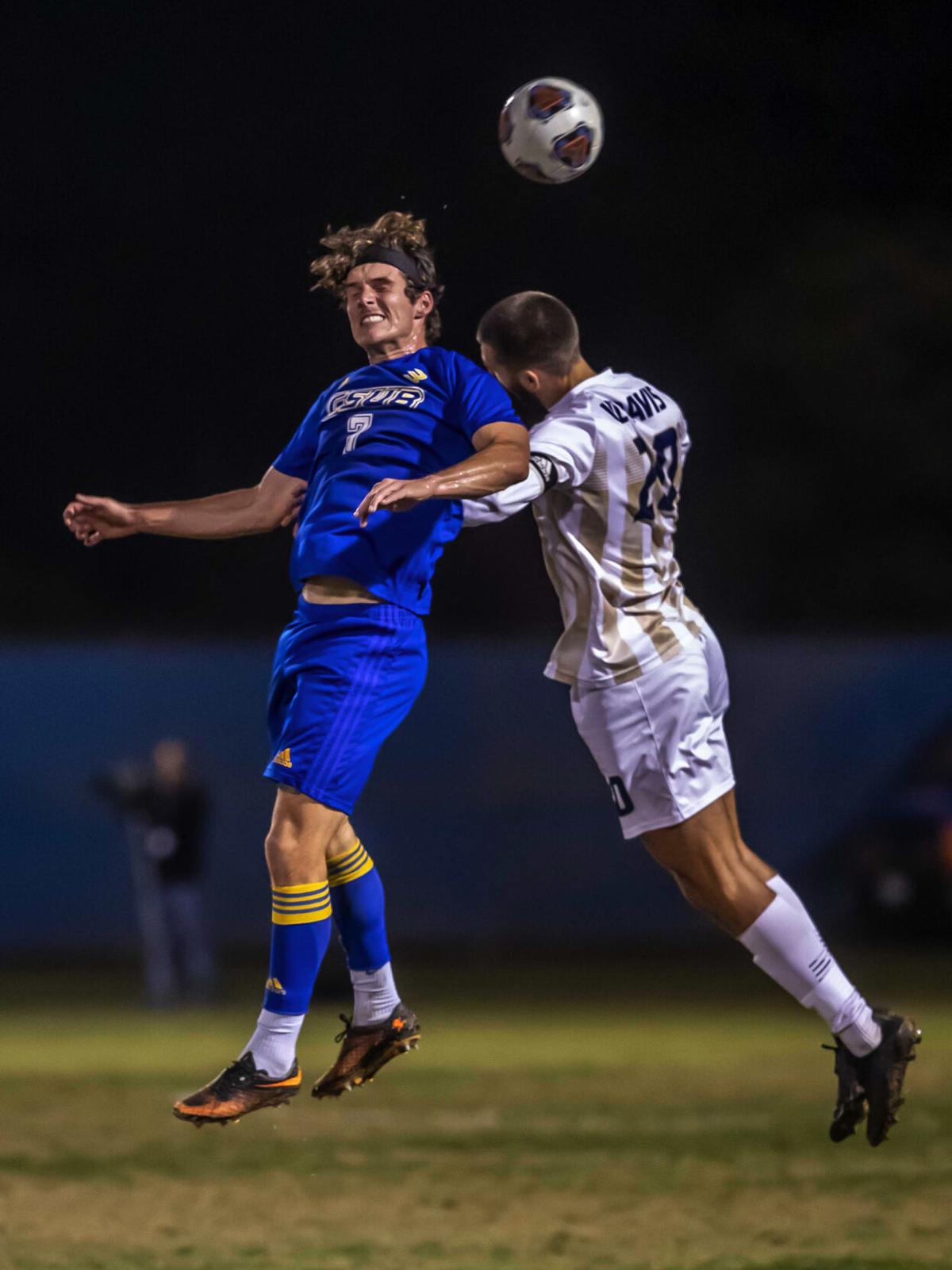 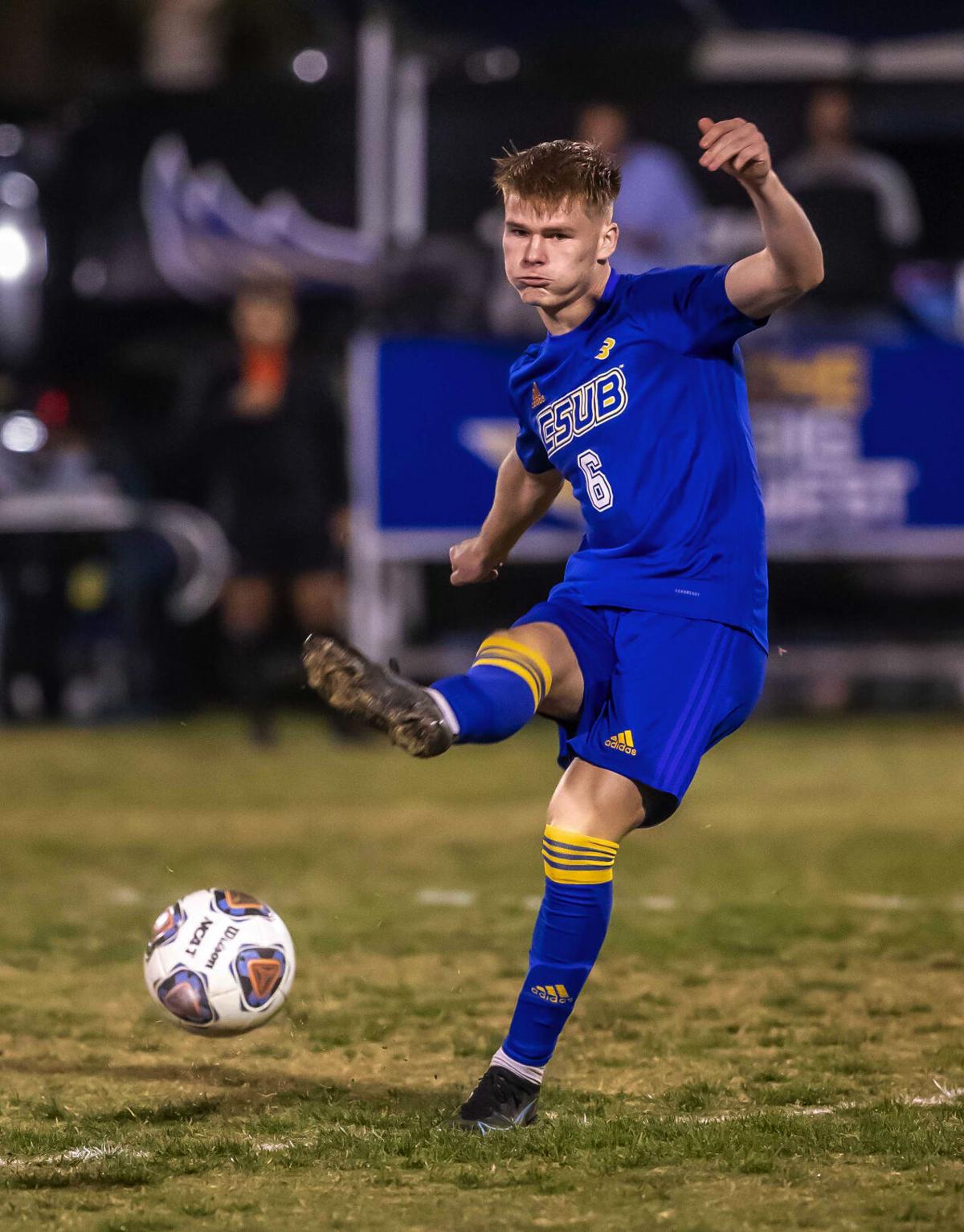 Just as he did when the Roadrunners beat the Aggies 2-1 on Oct. 20, Tom Shepherd scored an early goal to give Cal State Bakersfield the advantage.

But there would be no overtime heroics for Shepherd this time around. Instead, UC Davis dissected the Roadrunners' defense to score three consecutive goals, as CSUB managed just one shot in a frustrating second half en route to a 3-1 loss.

"After Bakersfield scored the first goal," UC Davis coach Dwayne Shaffer said, "that was kind of like one-way traffic."

The road win gave the Aggies a measure of revenge for the previous loss — the reason they had to travel to Bakersfield for this game in the first place — and sent the Roadrunners home without a tournament win after they finished fourth in the Big West.

"We had an ambition to go all the way," Shepherd said. "We're disappointed not to. Obviously we did well but it's not what our target was at the start of the year."

The loss came despite the efforts of Shepherd. The senior forward was the focal point of CSUB's offense on the right wing early. In the 14th minute, he gained control of a nice pass from Aodhán O'Hara after O'Hara made a run parallel to goal. But Shepherd's shot went straight to Charles Janssen.

Just five minutes later, he found the back of the net from a similar spot. After receiving a dazzling lobbed pass from across the field from O'Hara, he took a couple quick touches in and out to win space and launched a strike to the top left corner to give CSUB the early lead.

"That young man Tom Shepherd — I mean, darn it, I don't ever want to see that young man again on the field," Shaffer joked. "He's got four goals on the season and three have come against us, and two of them have just been phenomenal goals."

But the Aggies' offense roared to life, led by excellent interplay between forward Robert Mejia and midfielder Maximilian Arfsten. The Roadrunners' defense gave wide swaths of space to shooters at the edge of the box; Bryson Hankins blocked a pair of incisive shots from Grant Fidler and Mejia. But on one counter-attack in the 33rd minute, Mejia volleyed a cross from Max Glasser to Scott Pengelly's right for the equalizer.

"We had a free kick situation, we had control," CSUB coach Richie Grant said, "and we surrendered possession cheaply, and we never got the ball back in that action."

And as for after the equalizer, Shepherd put it simply: "From there, they dominated the game."

After just four more minutes of play, Arfsten, one of the highest-volume shooters in the conference, made his mark. He cut inside from the right corner in a one-on-one matchup and bounced a low shot right past Pengelly for the lead.

Late in the first half, CSUB looked briefly like it might find an equalizer. Stephon Marcano found Niklas Roessler in an incisive position in the box, but Roessler was at an odd angle and his shot bounced out for a corner that was cleared quickly out of a jumble of players. Then freshman Peter McKiernan, who had subbed in for Shepherd, found himself with a possible chance against Janssen after a deep pass from Carlos Armendariz, but defender Kaleb Schirmacher disrupted his run just enough that the ball bounced harmlessly to the keeper.

That was as close as the Roadrunners would get. CSUB did not record another shot until there were three seconds left in the game. Meanwhile, Mejia almost scored his second on a shot to the near post in the 51st minute. He ended up getting it later in the half. After a bungled sequence where O'Hara went to great pains to keep a ball in bounds, which set up Glasser for a long run down the sideline, Mejia seized on a low cross from Arfsten and made it 3-1.

The deficit could have been wider, but CSUB rarely mustered chances to make it narrower. At one point the Aggies' offensive players generated so much pressure that the Roadrunners couldn't get the ball from their back line into their midfield. It was an anticlimactic conclusion, considering that the rematch had reached double overtime.

Grant said he's disappointed but valued the experience of an elimination game at home.

"We gave ourselves this moment," he said, "and it's one that we'll continue to want back in future seasons."