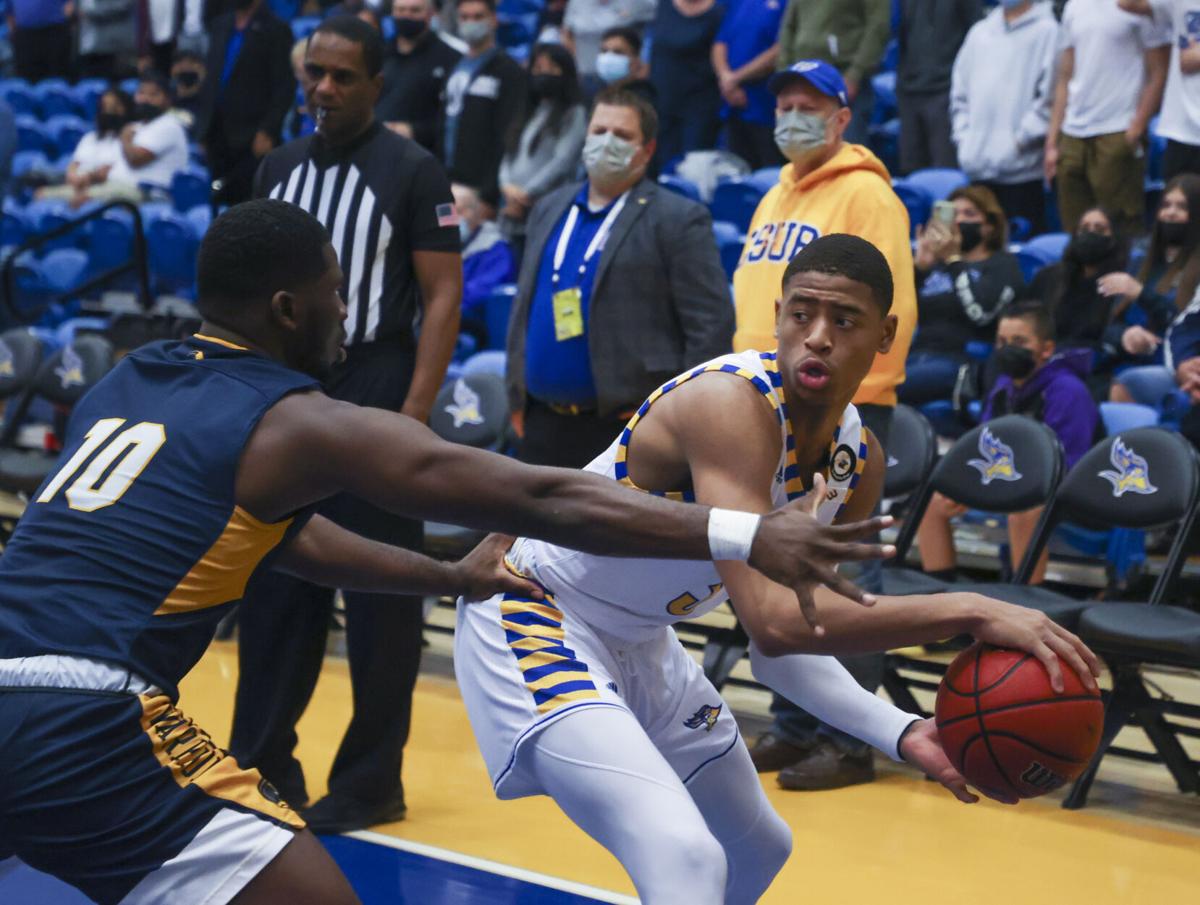 CSUB's Cameron Smith passes the ball to a teammate while being guarded by a Life Pacific opponent. 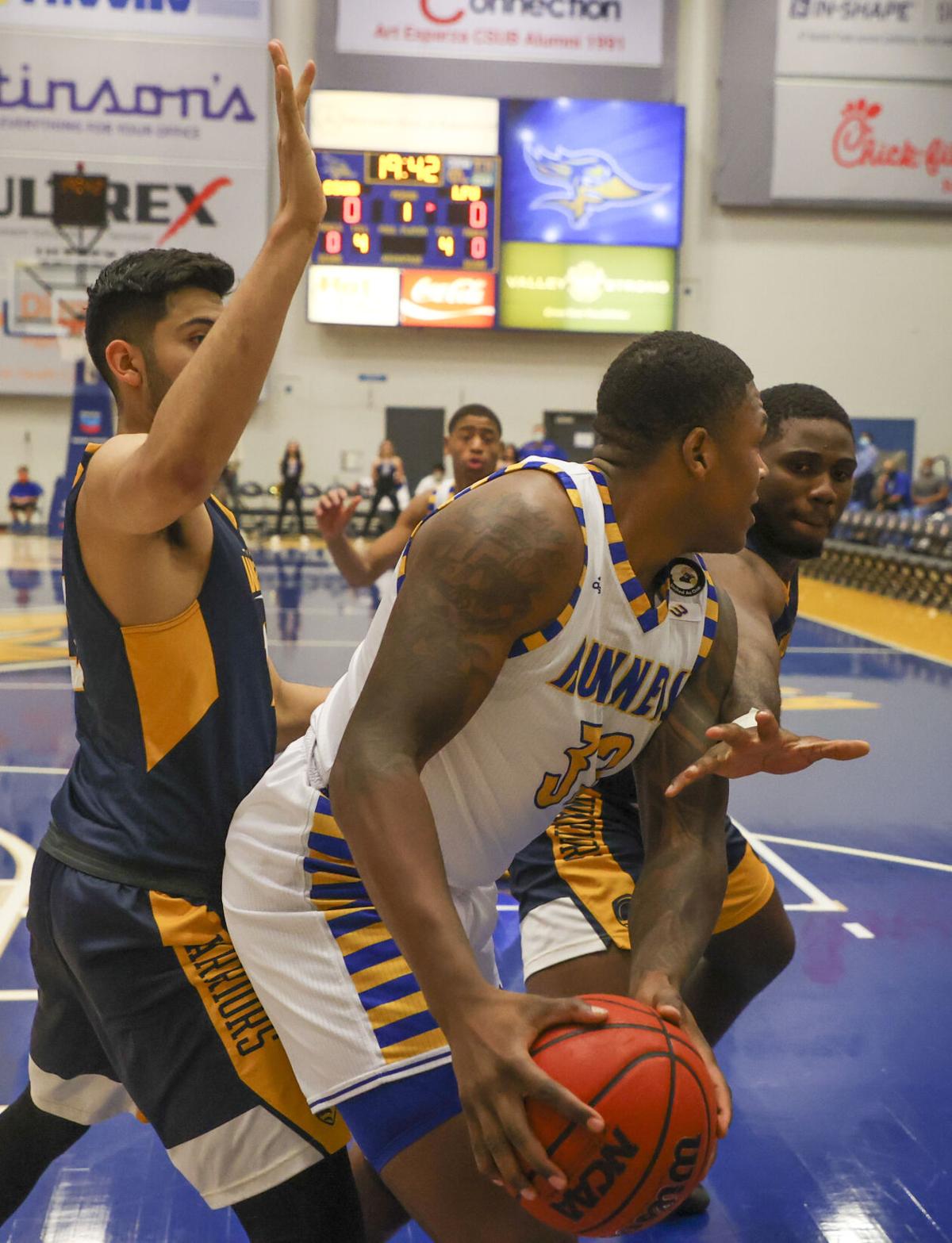 CSUB's Shawn Stith passes the ball to a teammate being guarded by Life Pacific defenders. 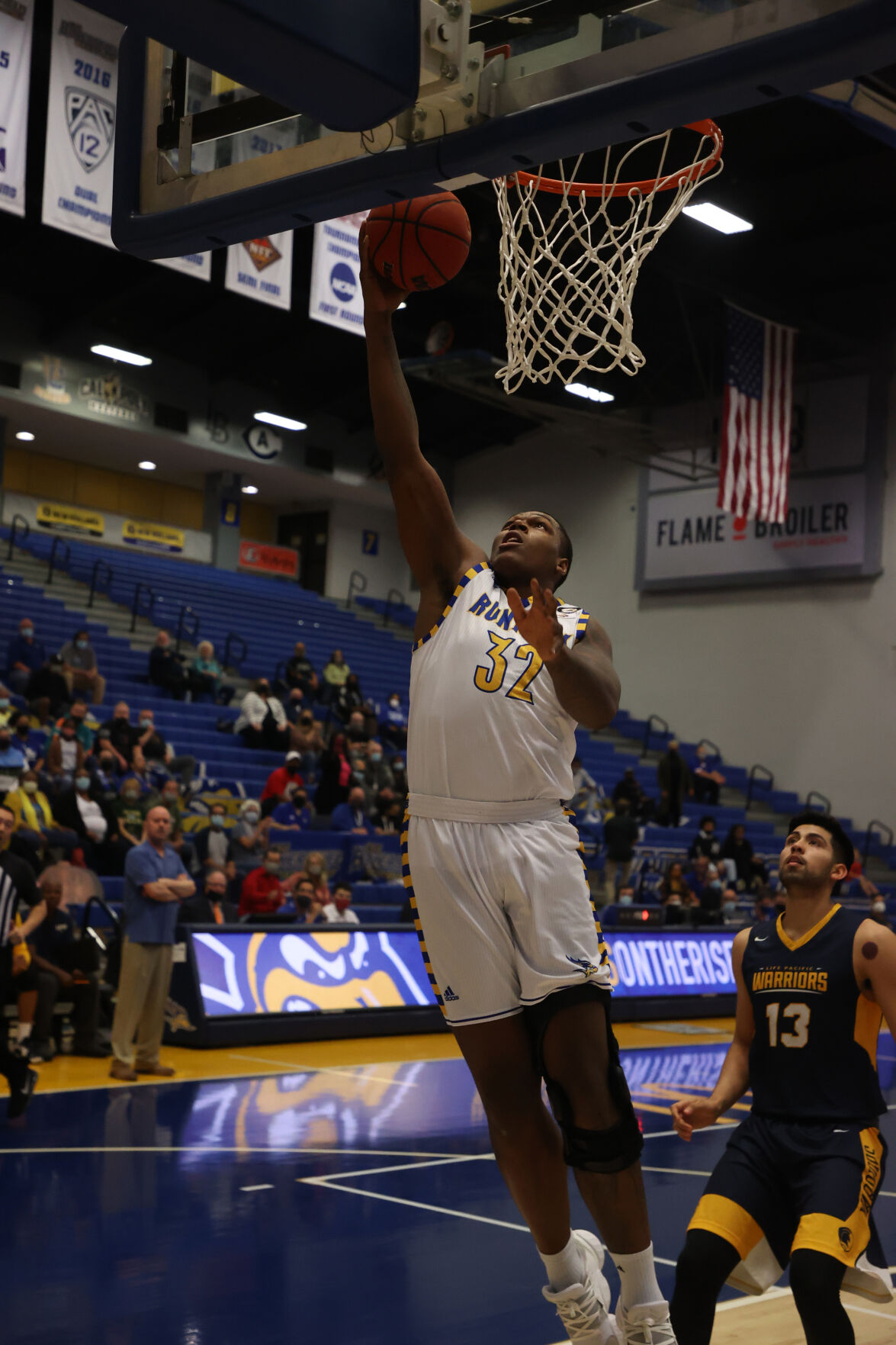 CSUB's Shawn Stith gets the two against his defender. 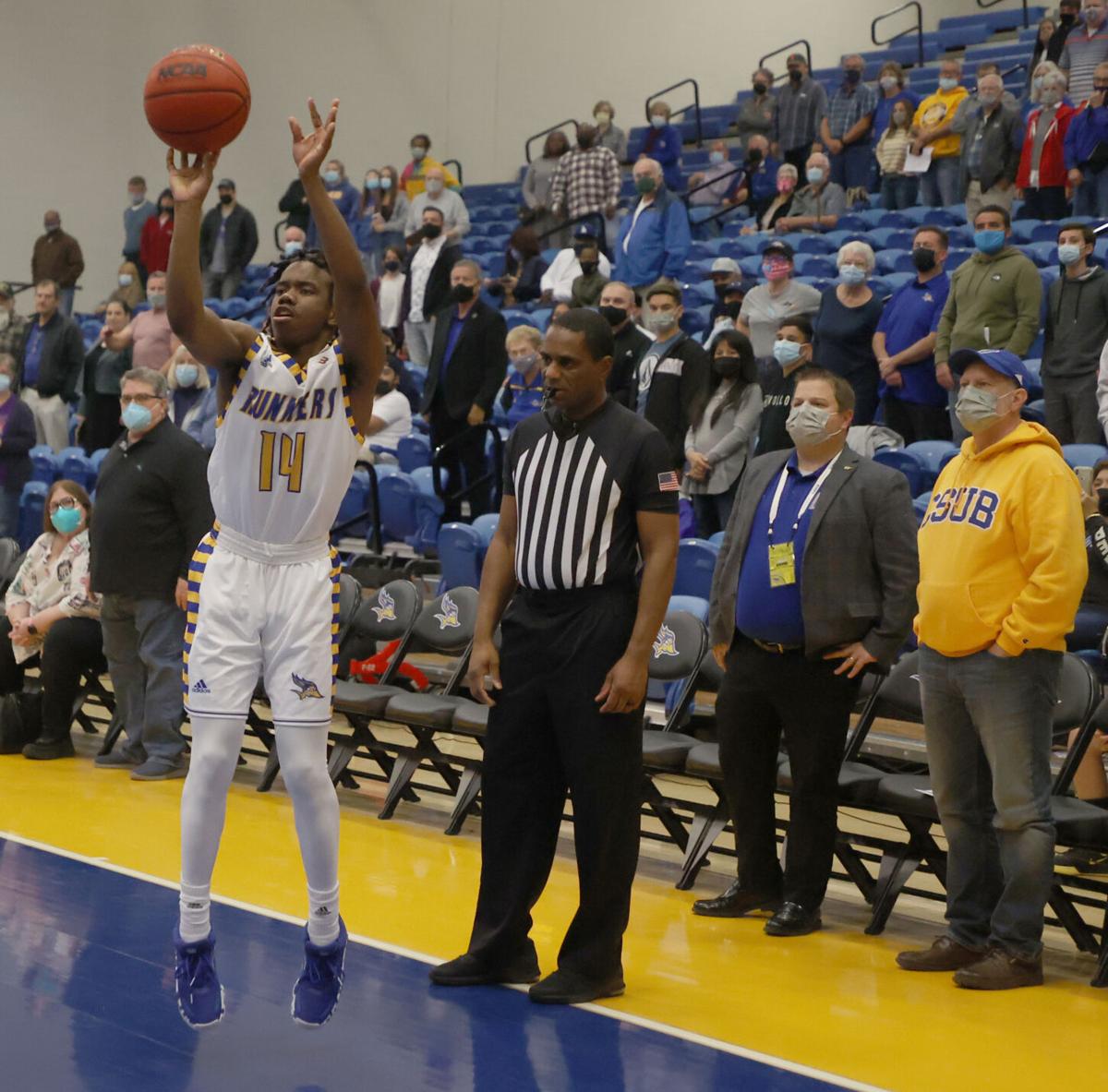 Kaleb Higgins entertains the crowd and brings them to their feet against Life Pacific.

CSUB's Cameron Smith passes the ball to a teammate while being guarded by a Life Pacific opponent.

CSUB's Shawn Stith passes the ball to a teammate being guarded by Life Pacific defenders.

CSUB's Shawn Stith gets the two against his defender.

Kaleb Higgins entertains the crowd and brings them to their feet against Life Pacific.

The Warriors, who compete at the NAIA level, played with great offensive intensity in the paint, and kept it close for a while with the Roadrunners, who were coming off a 37-point loss against No. 2 UCLA. But CSUB (1-1) outscored Life Pacific 31-8 in a 10-minute stretch of the second half, leading by as much as 33 on the way to the win.

"I think it took everybody, all five people working well on the court," McCall said, "in order for us to have success in the stretch that we had."

"There's been a lot of good times with a lot of young men and a lot of coaches, so I'm thankful for that," Barnes said. "Not many coaches get an opportunity to win 350 games, so to have done that is saying something about the people."

The Roadrunners are trying to assimilate a host of new talents, and started just two players in common between the UCLA game and Saturday's home opener.

Saturday's starting group, featuring Higgins, McCall, Shawn Stith, Cameron Smith and Grehlon Easter, had some issues early with interior defense against the Warriors' slashing guards. CSUB accumulated seven fouls in just over seven minutes of game time, at which point Warriors' freshman forward Kofi Aboagye scored on a drive and Adam Vasquez added a three to tie the game at 18.

"We're still searching for chemistry in the rotation," Barnes said. "We have a bunch of guys available to us that can play, and it's going to be a long process, as I told them, before we really start coming in sync."

Life Pacific didn't hang around for too much longer, though. Edler-Davis, who came off the bench but played 18 minutes, accounted for eight points in one three-minute stretch late in the half, including a pair of nifty turnaround jumpers. McCall made a put-back layup through contact and converted the ensuing free throw. Both were part of a 17-5 run that gave the Roadrunners a double-digit lead.

"I think we eventually kind of wore them down and got to them because of our depth," Barnes said, "but we gotta defend better."

The defense did start to force more turnovers after the break, as Life Pacific finished with 18 to CSUB's 11. After a 3-pointer by Austin Cook to make it 49-39 with 14:33 remaining, the Roadrunners outscored Life Pacific 22-5 in a six-minute stretch, fueled by 10 points from Higgins and punctuated by an authoritative dunk by Ivan Reynolds. The Warriors sank some threes of their own late to narrow the deficit a tad, but CSUB emerged with a comfortable 25-point win.

"It definitely builds confidence," Edler-Davis said, "and it builds a positive attitude."

The Roadrunners will travel to Flagstaff to face Northern Arizona Thursday night.