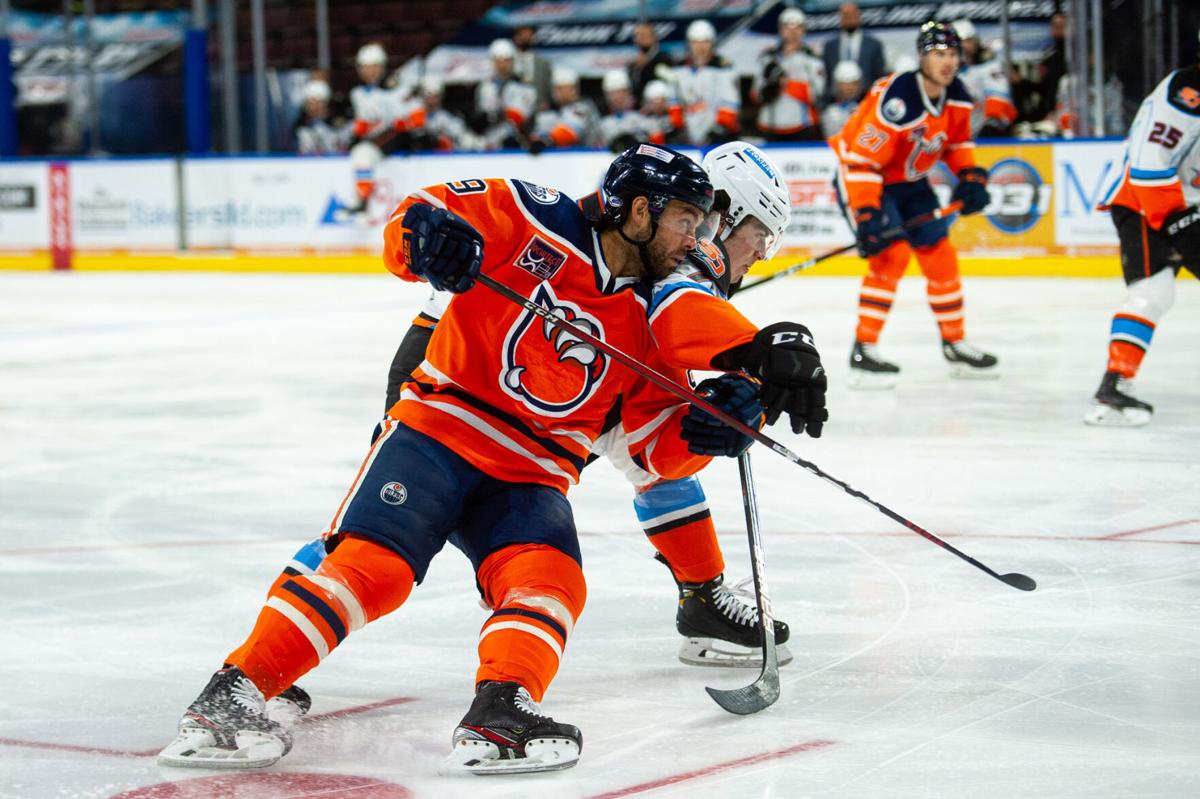 Luke Esposito on the rush battles for position against San Diego in the decisive third game of their AHL playoff series in Bakersfield Monday. 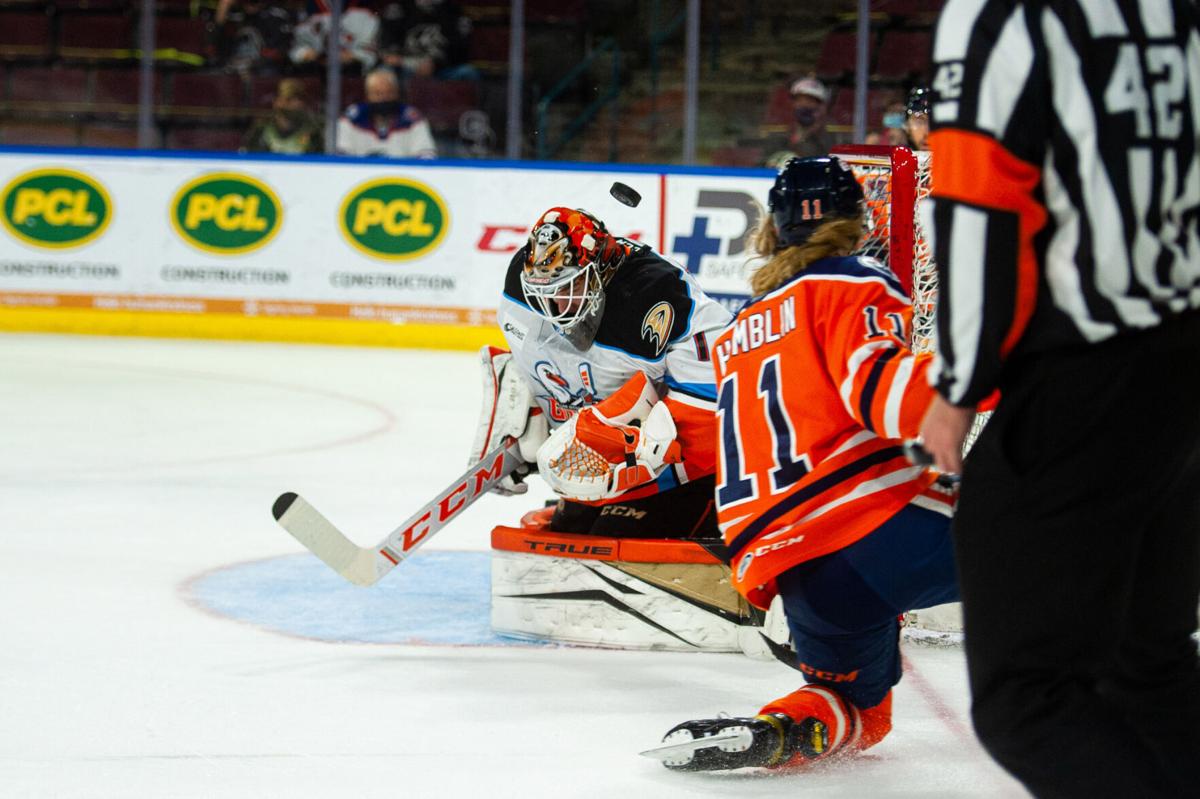 Luke Esposito on the rush battles for position against San Diego in the decisive third game of their AHL playoff series in Bakersfield Monday.

After missing on several great scoring opportunities throughout the game, Brad Malone cracked San Diego goalie Lukas Dostal 7:32 into overtime, sending the Condors to the Pacific Division Playoff championship series with a 2-1 win in the decisive game three of the semifinals Monday.

"That's a big one," Malone said of his game-winning goal. "(My) family was in the building tonight so it was extra special."

Bakersfield dominated regulation, finishing with a 40-18 shot advantage, but only mustering one goal as Adam Cracknell found an opening around Dostal to tie the score at one 7:42 into the second period.

The Condors kept the pressure on right until the final buzzer of regulation, with Luke Esposito even getting a look from point-blank range with one second to play, only to come up empty.

But Malone finally sent the home crowd happy as he found an opening on the left side of the net, pushing home the winning goal on a night where persistence proved paramount.

"It's just been our philosophy all year, just pepper goalies and keep getting pucks on the net," Malone said. "I thought we did a good job of that tonight. He made some really, really incredible saves. We just stuck with it like we have all year. We eventually thought if we stayed consistent in the system we would get one our way."

While the offense awaited its breakthrough, the Condors defense did its part, keeping the Gulls out of the net from the 7:42 minute mark of the first period on. San Diego had a power play shot bounce off the post midway through the second period, but didn't get another clean look until overtime.

The Condors advance despite not taking a single face off with the lead in the entire series. They also won 3-2 in overtime on Sunday.

The Condors will travel to face Henderson, which swept San Jose in the other semifinal, in a best-of-three championship series. A start date for the first game has not yet been announced.