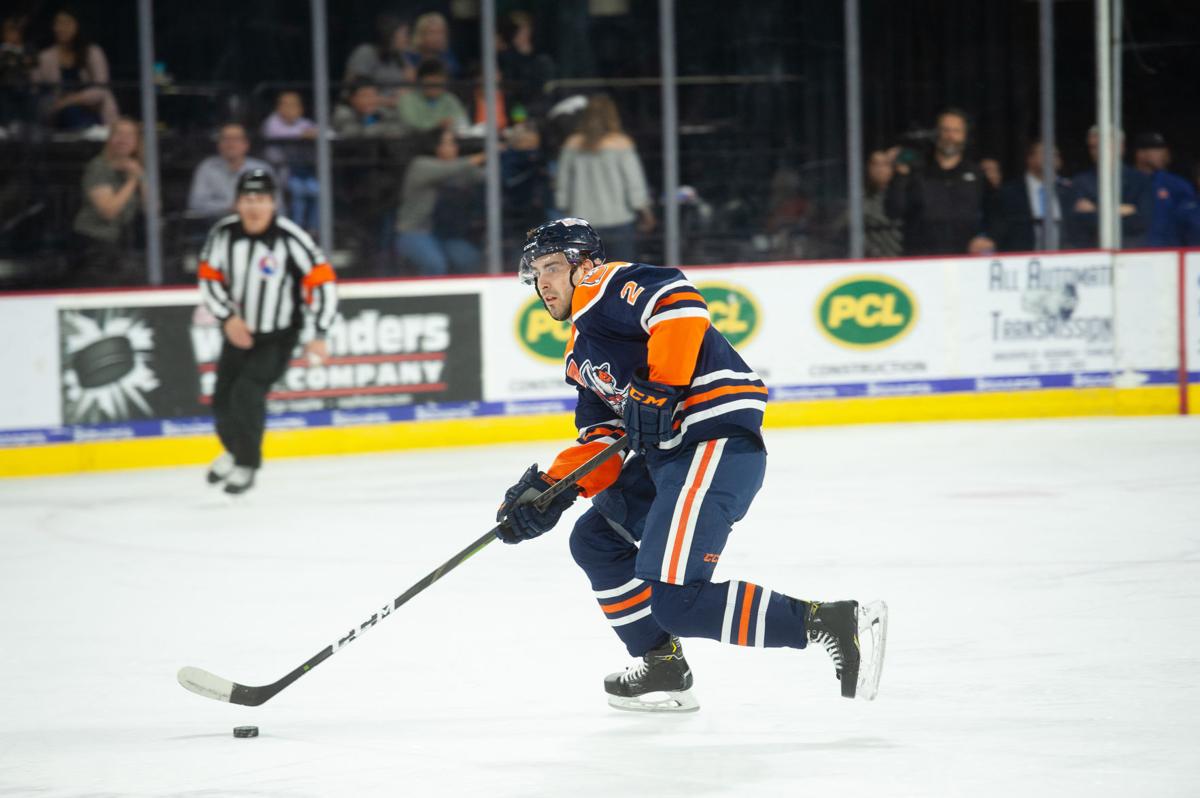 Evan Bouchard, the 10th overall pick by the Edmonton Oilers in the 2018 draft, made his AHL debut last year for the Condors. He could be in for some big things in the 2019-20 season. 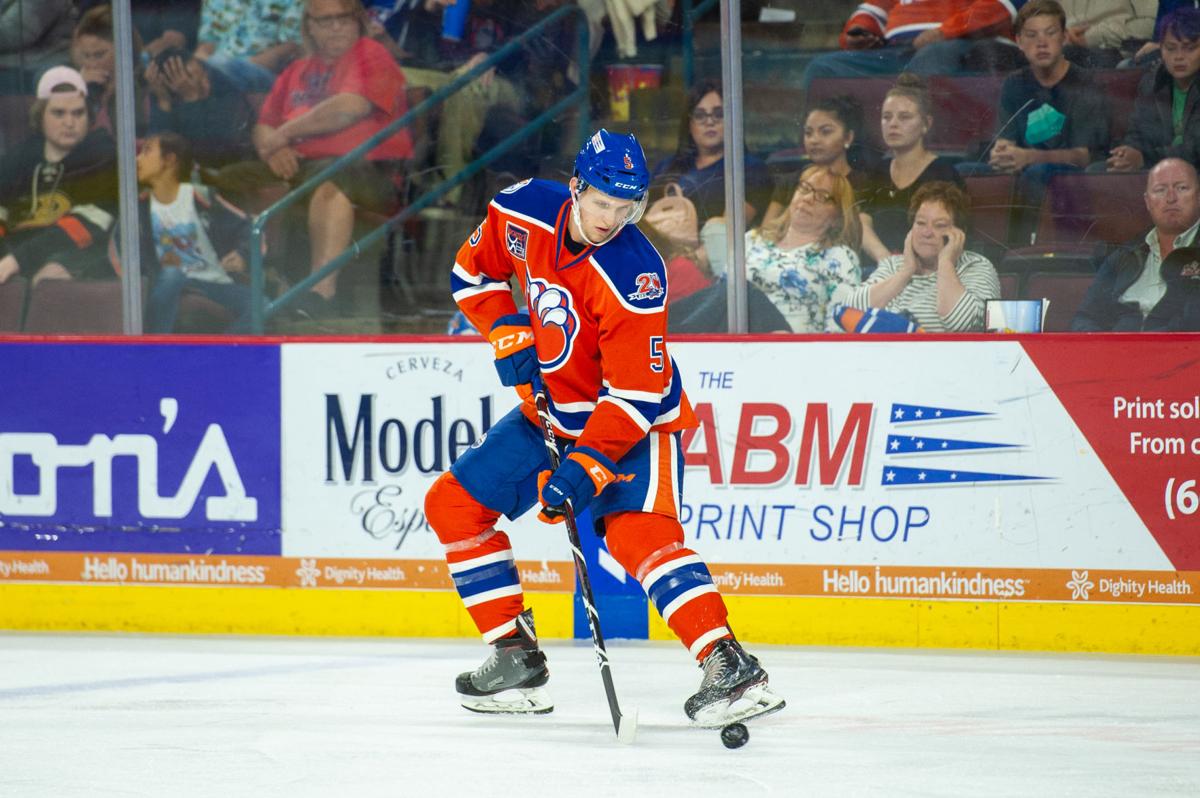 Dmitri Samorukov could make a big impact this season as a rookie defenseman for the Condors. 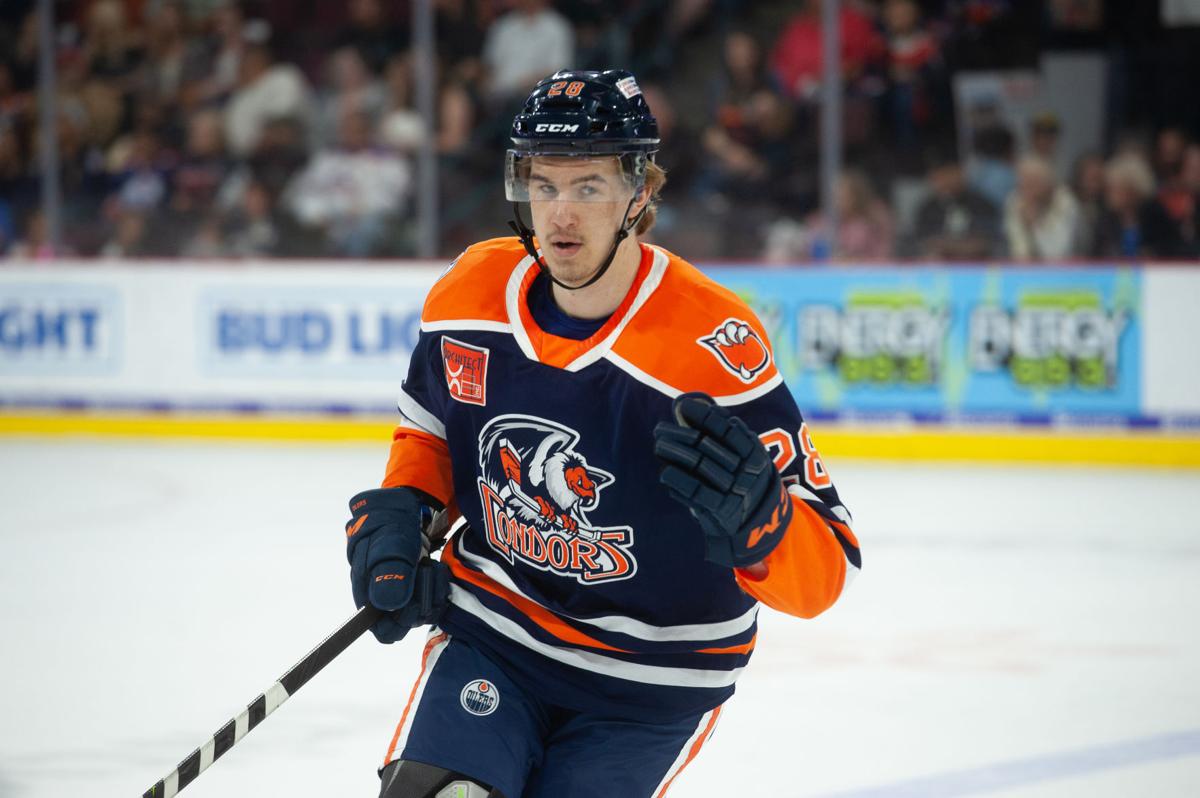 Rookie center Ryan McLeod joined the Condors after completion of junior play, and had three points in five playoff games. 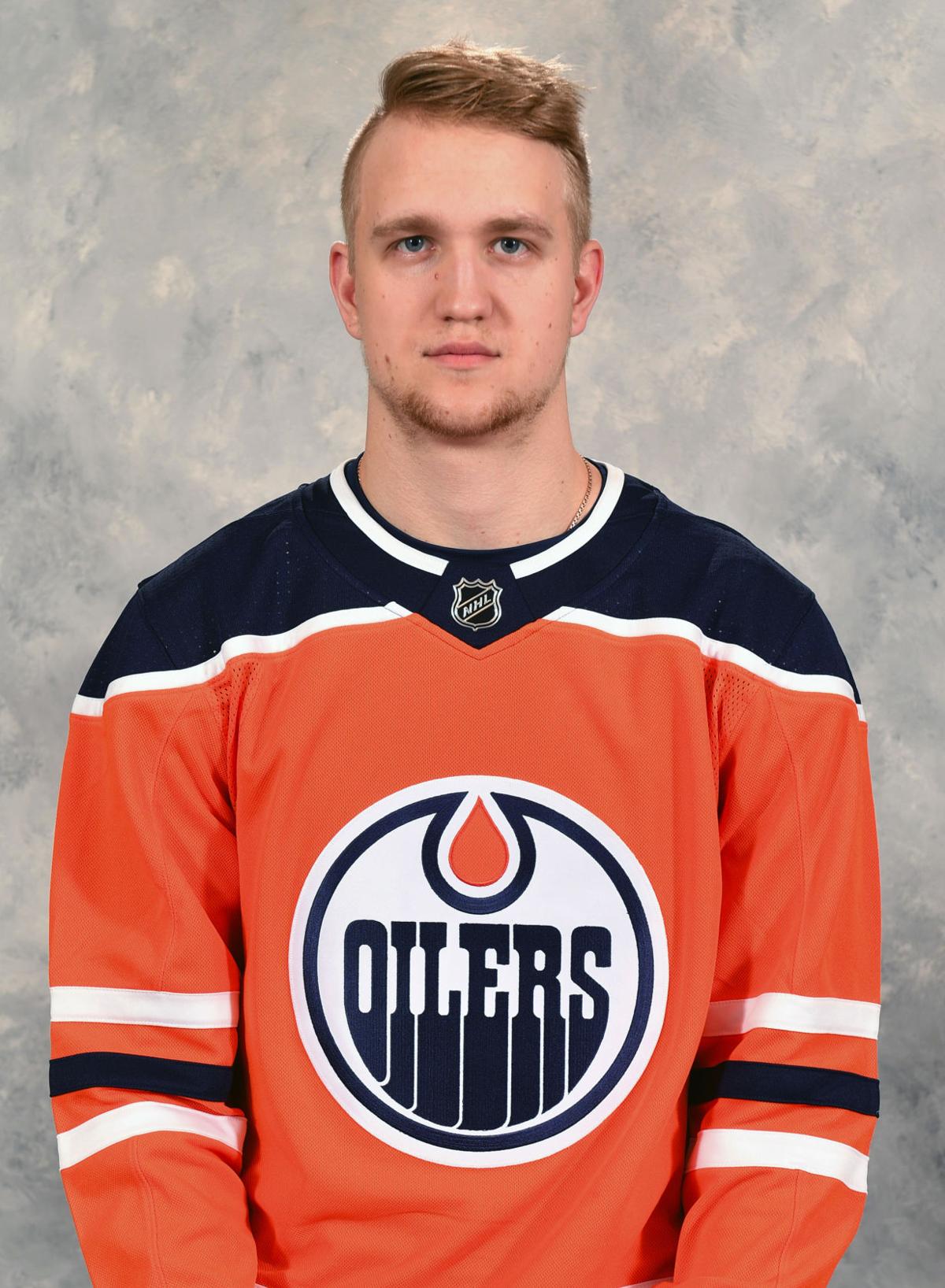 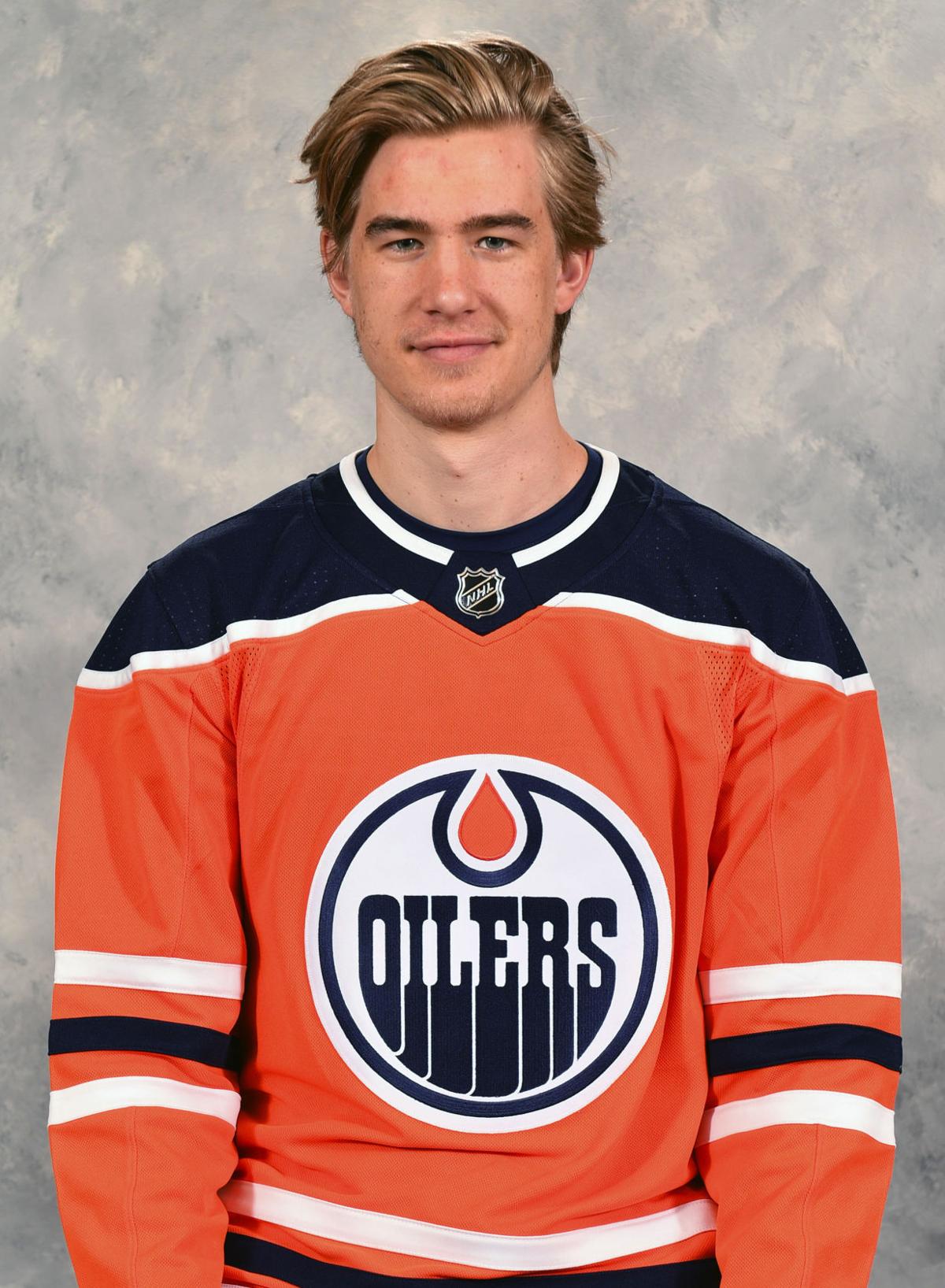 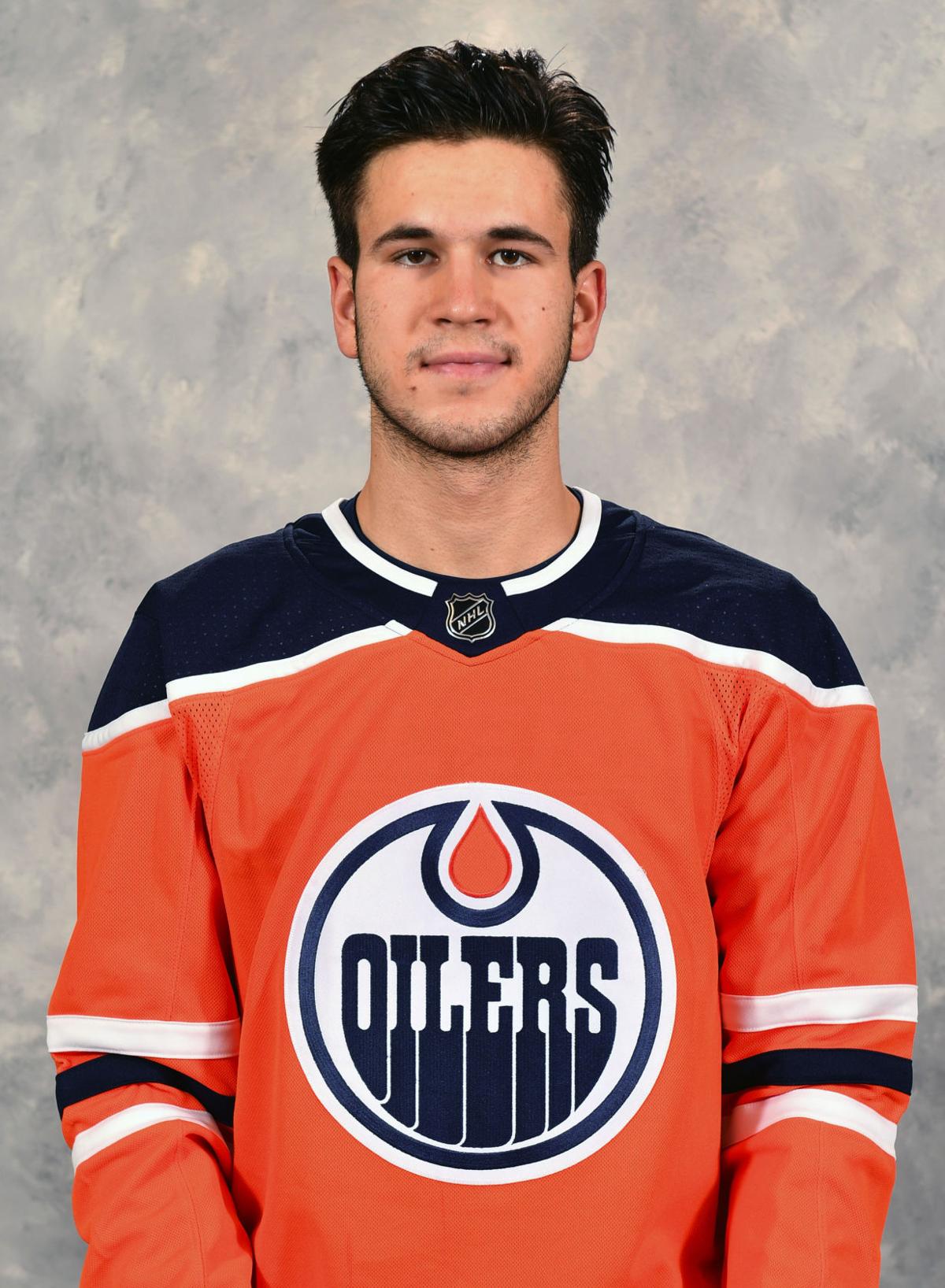 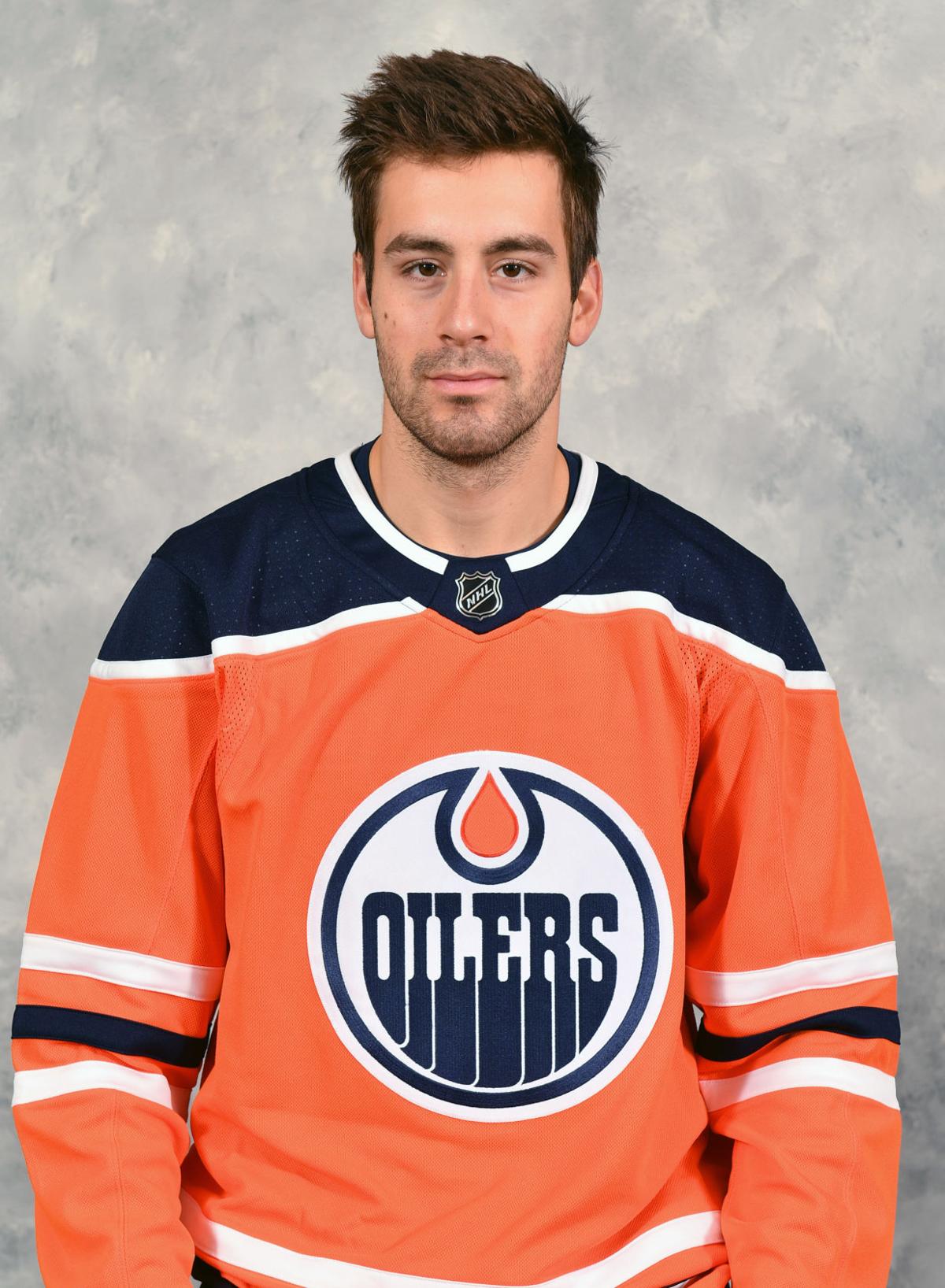 Evan Bouchard, the 10th overall pick by the Edmonton Oilers in the 2018 draft, made his AHL debut last year for the Condors. He could be in for some big things in the 2019-20 season.

Dmitri Samorukov could make a big impact this season as a rookie defenseman for the Condors.

Rookie center Ryan McLeod joined the Condors after completion of junior play, and had three points in five playoff games.

No doubt about it, the Condors enter the 2019-20 American Hockey League season loaded with talent.

Back on the ice for the defending Pacific Division champions heading into Friday night’s home opener against the San Diego Gulls are nine forwards (including the top-four scorers), five defensemen and both goaltenders from last season’s regular-season ending roster.

Asked if those were “first-world problems,” a phrase he used once late last season, Condors coach Jay Woodcoft could not suppress a slight chuckle.

“We’re excited to have that amount of players back,” he said.

Also back is veteran center Brad Malone, who led the way in points per game with 45 in 43 games.

Basically, the Condors are missing just one key player from last season: forward Patrick Russell, who made the opening-night roster for the Edmonton Oilers.

“We do have a lot of familiar faces back but we’ve added to the group with some of these young draft picks and some free agent signings,” Woodcroft said. “We’re excited about it.”

Here’s a look at those rookie prospects entering the new year.

First round draft pick (10th overall) of Edmonton in 2018

Scouting report: Condors fans got a brief look at Bouchard when he joined the team during last season’s playoffs, putting up eight points (3 goals, 5 assists) in eight games.

Bouchard is a superb skater and averaged 1.26 points per game (140 points in 111 games) during his final two seasons of junior play.

“The first thing he brings is a fantastic attitude,” Woodcroft said. “He was reassigned to the American Hockey League with a menu of things to work on in his personal game. Things that he can improve and that will serve him well going forward into the future. But he’s not coming with the attitude of having one foot still in Edmonton. He’s all in here in Bakersfield. He’s a great teammate.

“His offensive potential and production speaks for itself. He’s here to work on a few finer points of trying to learn how to become an NHL defenseman.”

Third round draft pick (84th overall) of Edmonton in 2017

“What’s exciting about Dmitri is that he took a huge step last year," Woodcroft said. “He put the work in to have a big step in his development. We’re looking to do that again this year. It’s a big adjustment from major junior hockey to the professional level.

Second round draft pick (40th overall) of Edmonton in 2018

Scouting report: Condors fans got a small sample size of McLeod in the playoffs where he scored three points in five games.

Offensively, McLeod put up 132 points 131 games over his final two years of junior play. What stood out in his brief Condors stint last season was his speed and ability to win faceoffs.

“He has ability to skate up and down the rink with NHL-like speed,” Woodcroft said. “I didn’t know he was as competitive in the face-off circle as he showed last year in the playoff run. He was very good in that regard.

“He has things to learn on the defensive side of the puck that will serve him well going forward. The ability to stay tight to his check, the ability to control people early in defensive situations rather than allowing them to dictate. He has a lot of potential as a player. We’re looking forward to helping him develop his full 200-foot game.”

Scouting report: Maksimov’s stock has certainly risen since his draft year as he flourished in his final two seasons of juniors, putting up 159 points in 125 games and showing some aggressiveness with 190 penalty minutes.

“His offensive numbers from junior hockey speak for themselves,” Woodcroft said. “What I didn’t know about him is how headsy of a player he was. I think he processes the game pretty well. He’s a very good penalty killer and a short-handed threat (he had two short-handed goals in a pre-season game against Stockton). That’s a good quality to have because it gives (opposing) power plays something to worry about.

“He skates well and when he does get an opportunity he’s got a very good shot.”

Woodcroft said adjusting to the pro game can take some time for all rookies.

“They’re used to being a huge fish in a small pond that could do no wrong,” he said. “They’re used to playing 25, 30, some of them even 35 minutes in a game. When you do that you naturally pace yourself.

“We’re going to ask them to do less here but to be more detailed in the things they do and to play at a higher pace than they’re accustomed to. If they can get that down I think they’re going to take a step in their professional career.”

Notes: The Condors were No.1 in goals for last season (3.56) and No. 4 in goals against (2.68) but came up short in the playoffs, falling to San Diego in the second round. “I think what last year did was open the league’s eyes to what we have here in Bakersfield,” Condors coach Jay Woodcroft said. “I don’t think we’re going to catch anybody by surprise.” … Many pundits thought there might be a couple of more Condors players who started the season with the Edmonton Oilers but new Oilers GM Ken Holland brought in some experienced players, allowing for more development time at the AHL level. “I’d like to see the young guys stay in the AHL until at least Christmas, and even the entire year,” he said. “I want the young players to play important roles and big minutes down there instead of a smaller role here.” … There will be a Pacific Division championship banner raising prior to the puck drop ... Beer is $2 until the end of the first intermission. Hot dogs are $1.

Saturday's game: The Condors take their home ice again at 7 p.m. against the Ontario Reign.