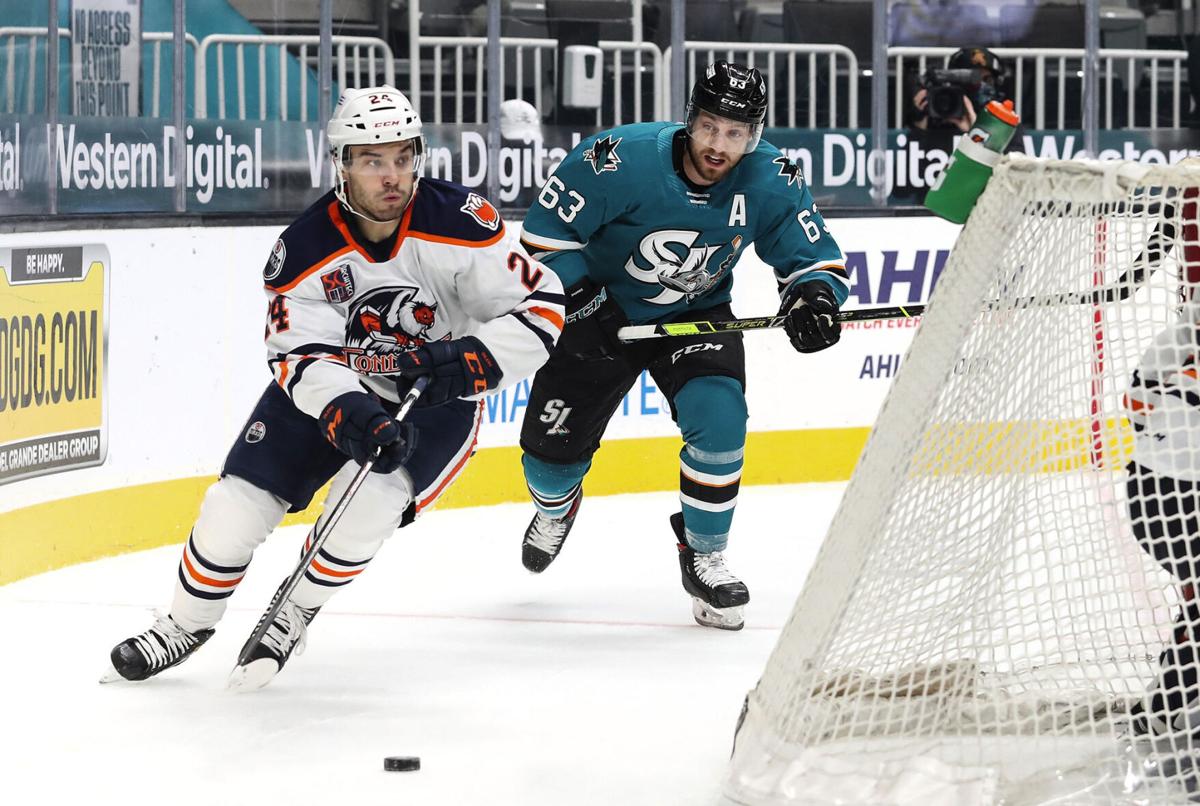 The Condors' Janis Jaks controls the puck behind his own net as Barracuda wing Jeffrey Viel pursues in Tuesday's AHL game in San Jose. 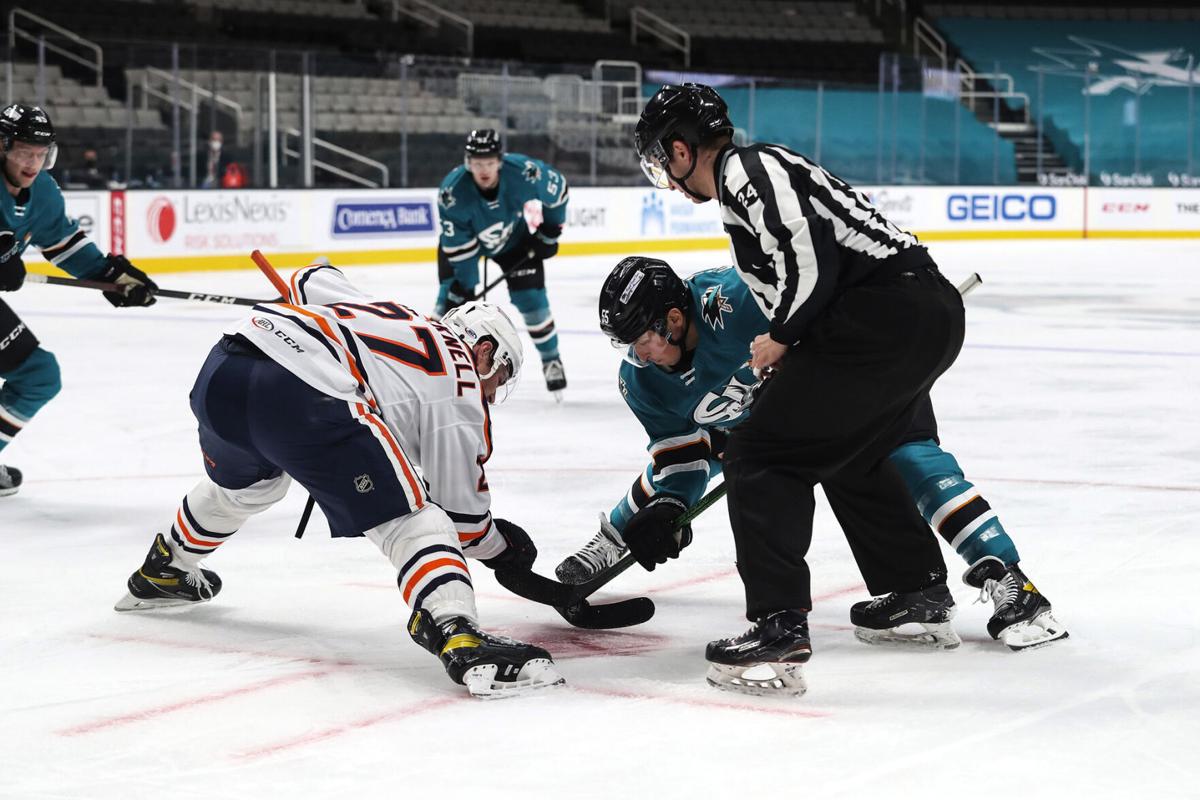 The Condors' Janis Jaks controls the puck behind his own net as Barracuda wing Jeffrey Viel pursues in Tuesday's AHL game in San Jose.

Talk about pushing things to the limit.

For the second straight game, the Bakersfield Condors scored a late goal to force overtime and then scored the game-winner in extra time to beat the host San Jose Barracuda, this time 3-2 on Tuesday night, to extend their winning streak to nine games.

Luke Esposito, who assisted on the game-tying goal with 3:30 left in the third period, scored the winner 2:45 into overtime, with assists from Vincent Desharnais and Cooper Marody.

With the assist, Marody extended his scoring streak to 10 games. He has an AHL-best 20 points this season.

Trailing 2-1, Esposito stripped San Jose goalie Josef Korenar and fed Joe Gambardella in front of the net to even the score at the 16:30 mark.

On Saturday, the Condors (9-5-0) trailed the Barracuda 3-2 at Mechanics Bank Arena, but scored in the final minute of regulation and defeated San Jose in overtime, 4-3.

San Jose opened the scoring, capitalizing on a slashing penalty by Esposito, 3:17 into the second period, scoring eight seconds later on the power play to take a 1-0 lead when Joachim Blichfeld beat Stuart Skinner, who appeared to be screened on the play by the Barracuda’s Alexander True just outside the crease.

The deficit was the first in the second period for Bakersfield in its last nine games. The Condors have outscored their opponents 21-5 in the first two periods during that stretch, and still have not allowed a first-period score since Feb. 17, a 4-3 loss to San Diego, the team’s last defeat.

James Hamblin scored the equalizer for Bakersfield, beating Barracuda goalie Josef Korenar at the 14:22 mark of the second period, with the assist from Jakob Stukel to even the score at 1-1. It was Hamblin’s third goal of the season.

The lead turned out to be short lived as San Jose’s Sasha Chmelevski took a deflection in front of the net and beat Skinner with 1:52 left in the period for a 2-1 lead.

Despite holding a 13-6 advantage on shots on goal, the Condors failed to score in the first period for just the second time this season. Bakersfield entered the game outscoring its last eight opponents 11-0 in the opening period during its win streak.

Bakersfield plays San Jose again Wednesday at 6 p.m. before returning home for a pair of games against the Ontario Reign. Both are scheduled to start at 3 p.m.