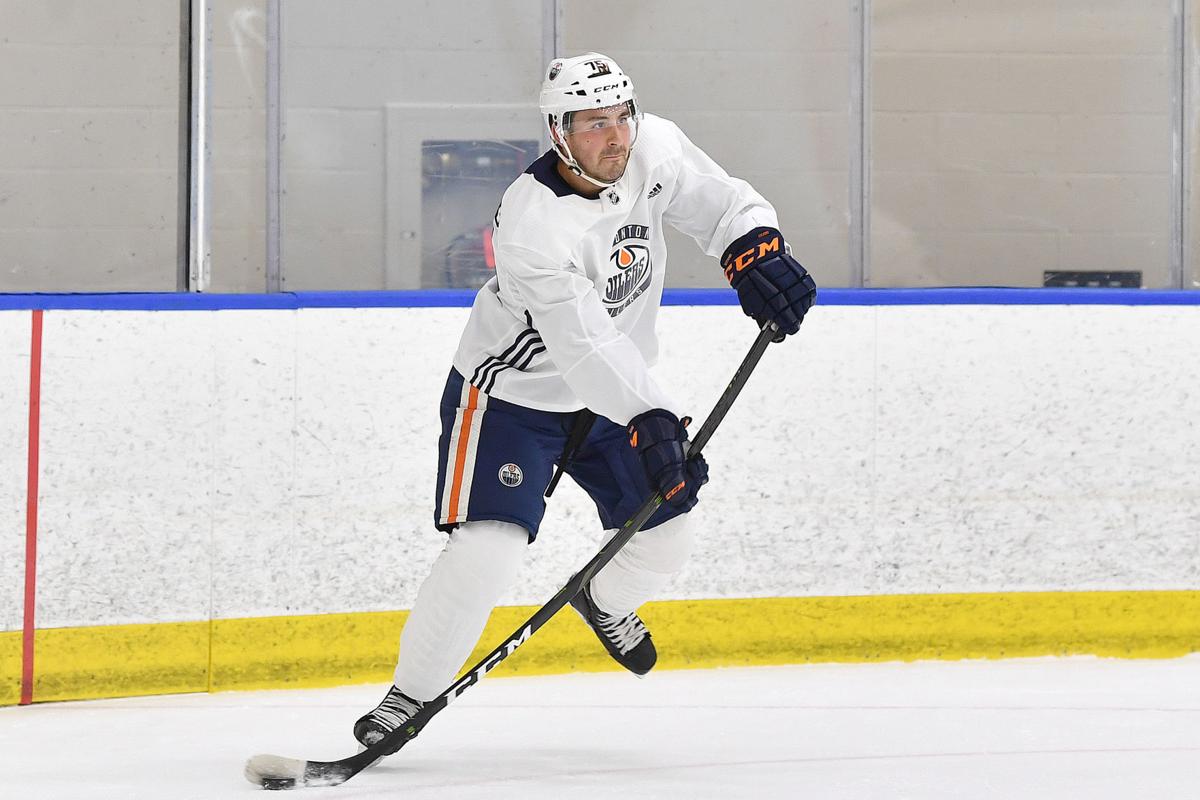 Defenseman Evan Bouchard, who make his pro debut for the Condors in postseason play in May, took part in the Edmonton Oilers Development Camp in Edmonton last week. 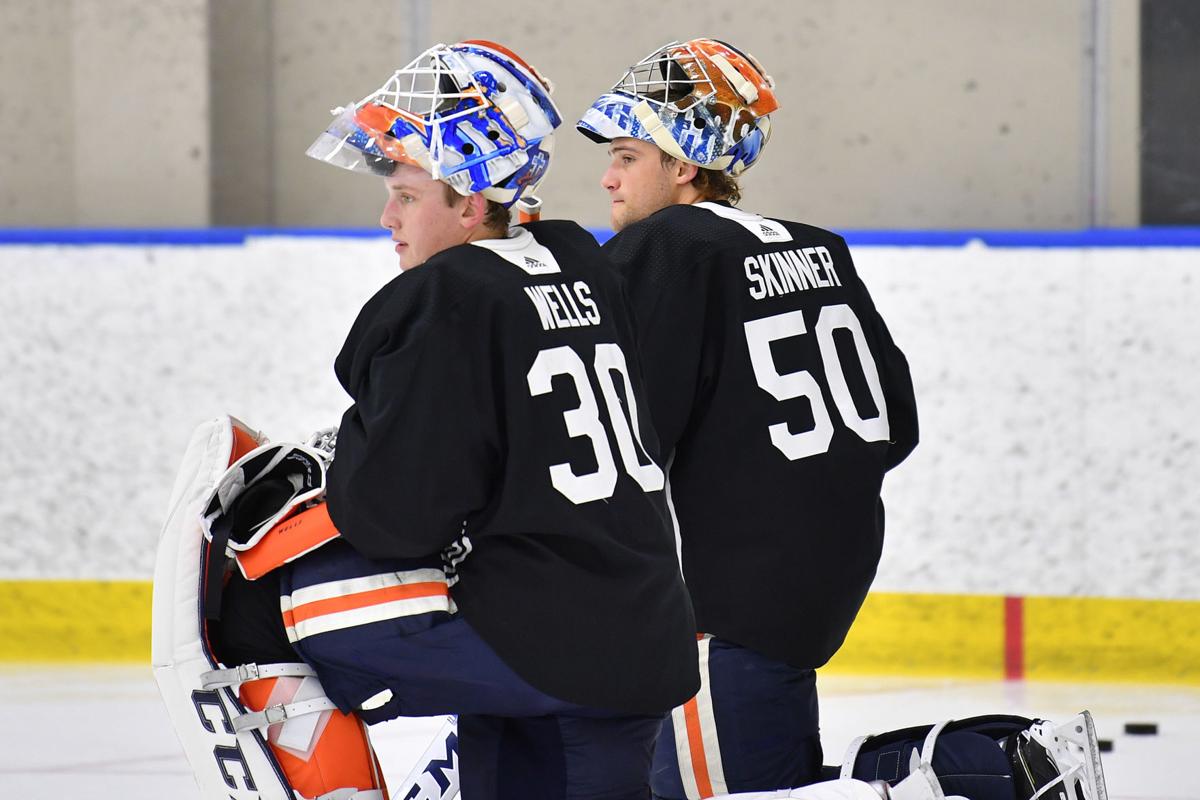 Goaltenders Dylan Well and Stuart Skinner were among 21 players at the Edmonton Oilers Developmental Camp last week in Edmonton. 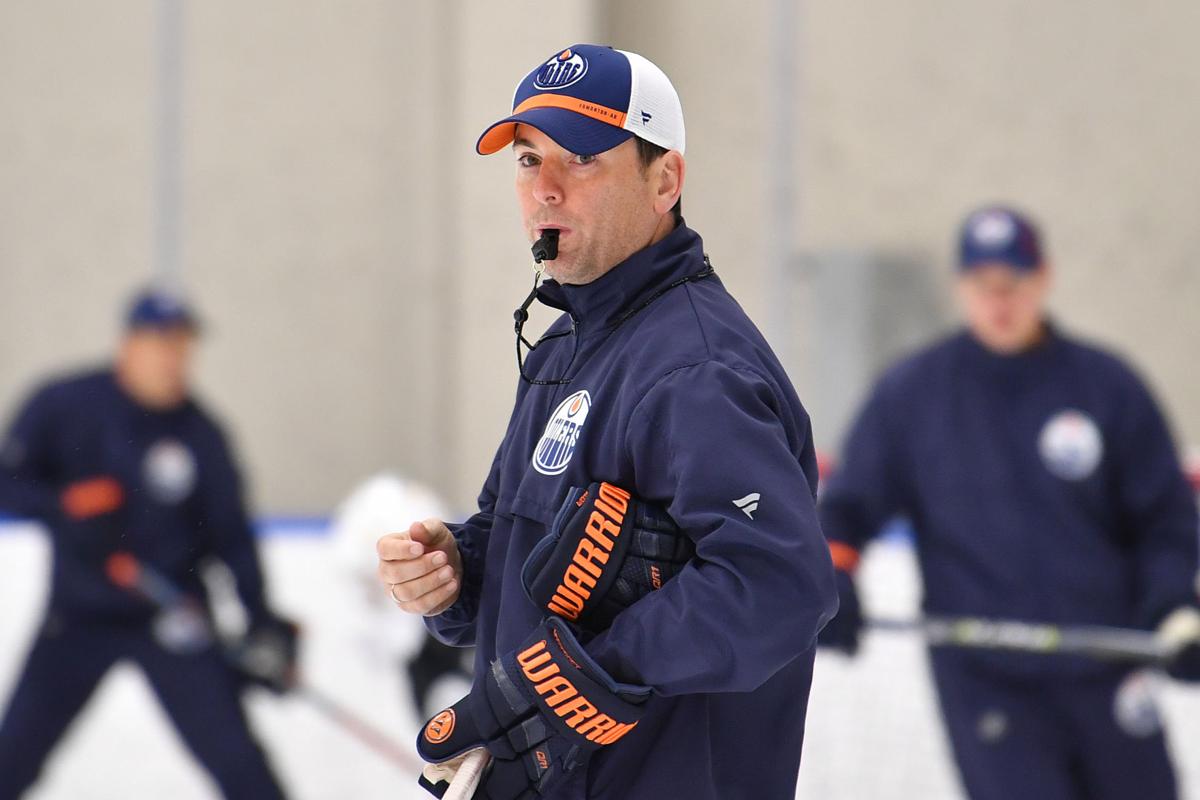 Defenseman Evan Bouchard, who make his pro debut for the Condors in postseason play in May, took part in the Edmonton Oilers Development Camp in Edmonton last week.

Goaltenders Dylan Well and Stuart Skinner were among 21 players at the Edmonton Oilers Developmental Camp last week in Edmonton.

Don’t ask Condors coach Jay Woodcroft to give an evaluation on the Edmonton Oilers Development camp, which ended last week in Edmonton.

After all, it was called development camp, and that’s what the focus was on for the young prospects, many who played in Bakersfield last season or who will be making their debut this upcoming season.

“It’s not an evaluation camp,” Woodcroft said. “There's no pressure to come in and go 100 miles an hour and out-compete someone. It's a development camp so that they can work on their personal games."

Twenty-one players attended the camp, many of them fresh off the 2019 NHL Entry Draft a few days earlier. Others included such as goaltenders Stuart Skinner and Dylan Wells — who split time between the Condors and the ECHL Wichita Thunder last season — defenseman Evan Bouchard and center Ryan McLeod, both who made their AHL debut in the playoffs.

"I think the future is very bright for our organization," Woodcroft said. "There are some good, young players that we got to see with our staff down in Bakersfield during last season. Some guys that had career years and took positive steps forward in their personal careers. I think that bodes well for our organizations, especially when they play deep in the playoffs the way they did.

“It’s taking it one step at a time, focusing on finishing the rest of the summer off, getting stronger, faster and all the stuff like that,” Brouchard, the 10th overall pick in the 2018 draft, said of his development. “I think everyone coming to main camp (in September) … is to stay with (the Oilers).”

He said his playoff experience at the pro level in Bakersfield was more intense than in juniors.

“In junior it’s kind of like teenagers and then you go to the next level and everyone is fighting for a job up there on the farm team and it’s men so you’ve really got to make your decisions that much quicker and be ready,” he said. “Everyone is finishing their hits up there so it’s definitely a different feel.”

Last season was a bit of a rollercoaster ride for Skinner and Wells, who spent their rookie season going up and down between the Condors and the Thunder.

"As weird as it sounds, it was a lot of fun moving up and down and seeing the different levels,” Skinner said. “It was hard work on both sides, so it's good to get a lot of games in the ECHL and then be able to get called up to the AHL and play some games there."

Both got starts in the playoffs for the Condors. Skinner got his in Game 5 of the Division Finals against San Diego.

"Now that I'm realizing that and how lucky I am as a person, every day I'm stepping on the ice is a dream come true and I'm doing it to the best of my ability. What else could I ask for?"