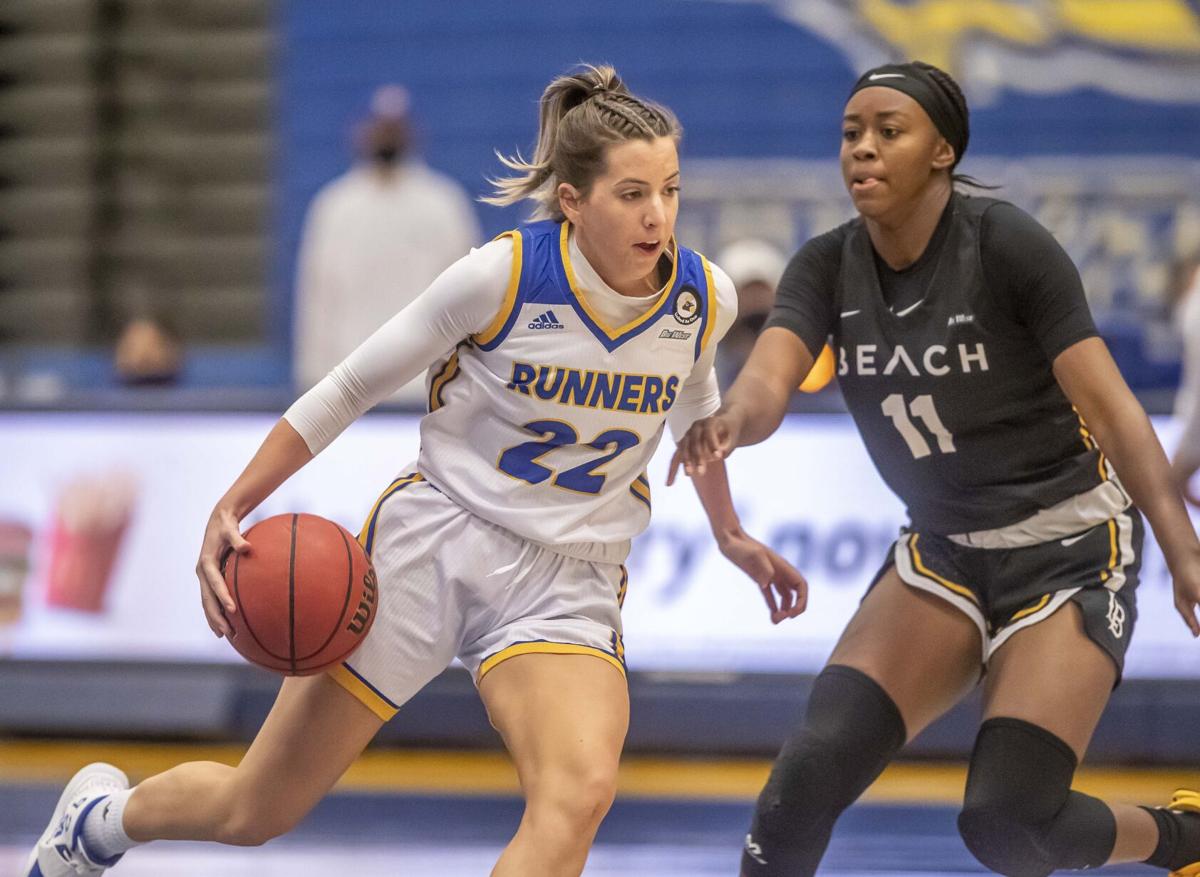 CSUB's Andie Easley (22) drives to the basket as Long Beach State's Jasmine Hardy defends during a Jan. 1 game at the Icardo Center. Easley averaged 10 points in two CSUB wins against Hawaii this season. The Roadrunners will face Hawaii again in the Big West Tournament on Wednesday. 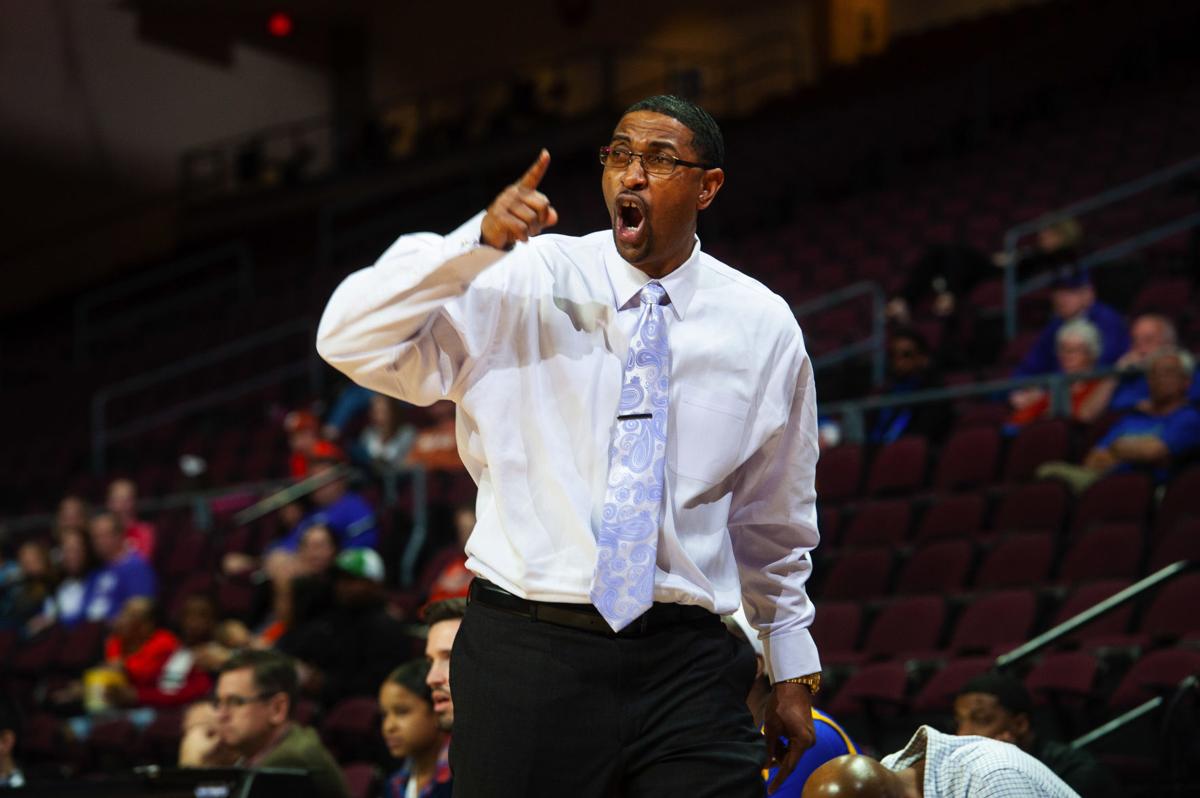 CSUB head coach Greg McCall shouts instructions to his team during the 2019 Western Athletic Conference tournament. The Roadrunners are now in their first season in the Big West Conference.

CSUB's Andie Easley (22) drives to the basket as Long Beach State's Jasmine Hardy defends during a Jan. 1 game at the Icardo Center. Easley averaged 10 points in two CSUB wins against Hawaii this season. The Roadrunners will face Hawaii again in the Big West Tournament on Wednesday.

CSUB head coach Greg McCall shouts instructions to his team during the 2019 Western Athletic Conference tournament. The Roadrunners are now in their first season in the Big West Conference.

Approaching the end of his most challenging season at Cal State Bakersfield, Greg McCall is keeping a positive outlook.

He doesn't feel he has a choice.

There have been plenty of those during the 2020-21 season.

The Roadrunners, who open Big West Tournament play against Hawaii on Wednesday afternoon, will be taking the court for the first time since a Feb. 19 loss to UC Santa Barbara, a game where multiple key players missed the second half with illnesses.

The following day, the team's regular season finale was canceled in accordance with university COVID-19 protocols, a move that prevented the 'Runners from practicing for two weeks. It was the second time this year the Roadrunners, who've lost seven games due to to health and safety measures, had to shut down operations.

Even if he's maintained a high level of optimism, McCall admits he's looking forward to a future where such issues are less likely to arise.

“After we get through this … after the season is over with, it will be good to say ‘OK, I don’t have to stress about that part of it, the testing part and trying to find out whether or not one of your players are positive, if you’re positive,'" he said. "That’s just going to be a huge relief."

But that sense of relief is one McCall is happy to put on the back burner. Finally healthy and cleared to play again, the Roadrunners are hoping to end their first Big West season on a high note.

Despite having a long layoff going into the postseason, McCall says his team is in good spirits. After grinding through a difficult first quarantine, McCall says things went much smoother the second time, as players knew how to better handle the challenges in front of them.

"The first time we got quarantined ... it felt like the end of the world was going to happen for us," he said. "It was a lot rougher with everyone. (The second time) players (were) in a really good place, a lot better place than they were the first time."

Finally getting his full roster back last Saturday, McCall says his team "had some great practices" in preparation for an opponent its already had success against. The Roadrunners (9-8, 7-6) swept Hawaii during the regular season, winning 64-57 on Jan. 15 and 51-43 on Jan. 16.

The Rainbow Wahine (8-7, 7-6) have improved significantly since then, even handing Big West regular season champion UC Davis its lone conference loss, 70-60 last Friday. The Roadrunner defense will have to find an answer for Hawaii's Amy Atwell, a second-team all-conference selection who scored 23 points in the teams' second matchup this season.

Though he thinks it may take time to get their legs under them, McCall expects a spirited effort from his players who will try to put a strong cap on what has been a grueling season.

“We might have a little bit of rust. I don’t anticipate a lot because we’ve been through it already," he said. "It’s a whole other level of play when it comes to the tournament. We’ve got to step our game up even more, so it’s a whole other level of excitement as well. These young ladies will be super excited about just being out there on the floor. Hopeful they’ll come out and be ready to go and knock some of the rust early and be able to just maintain the rest of the game.”

Wednesday's game in Las Vegas tips at approximately 2 p.m. and can be streamed on ESPN3. Fans are not being admitted to Big West Tournament games.