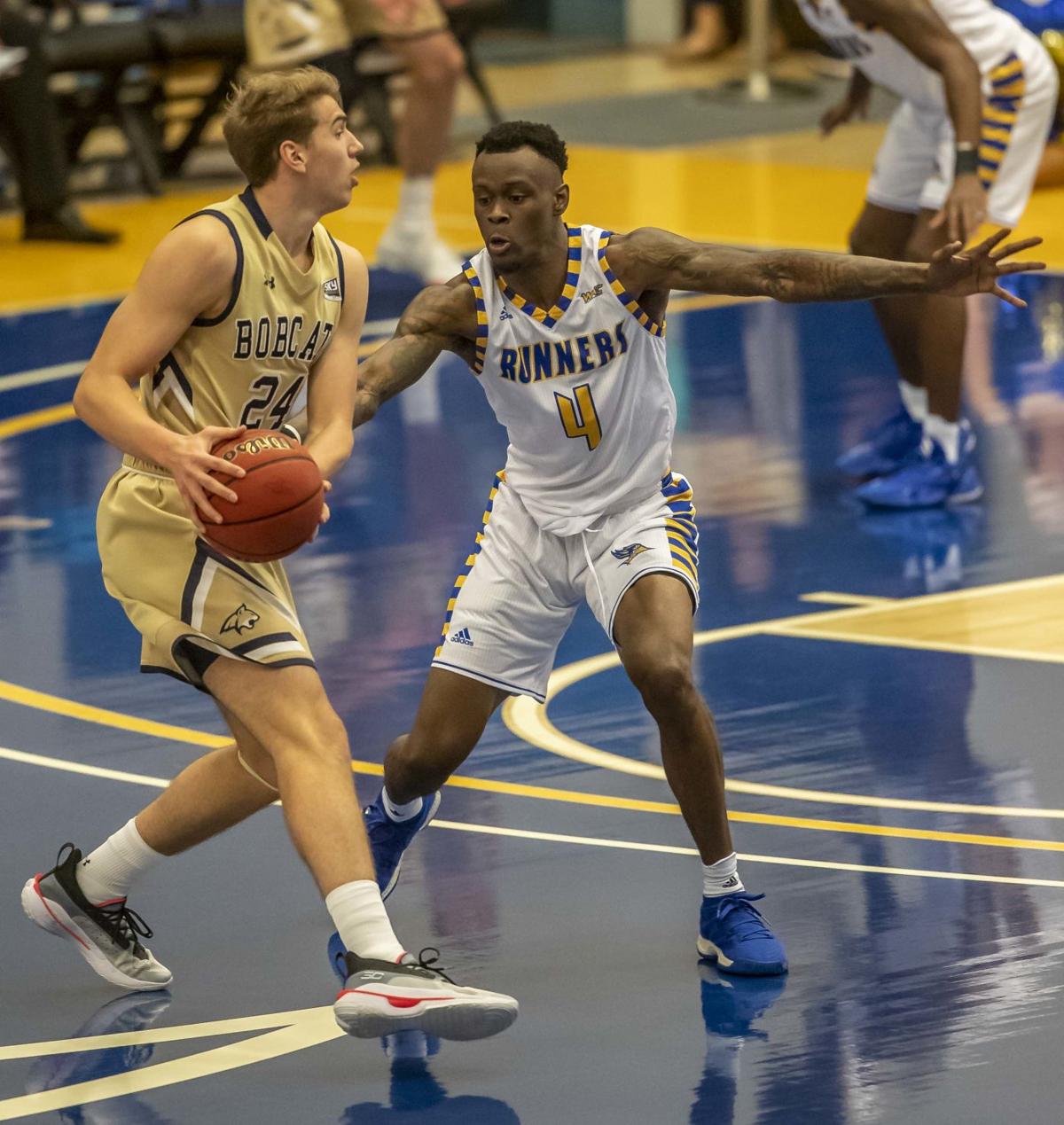 CSUB's Taze Moore (4) defends against Montana State's Zach Hobbs during the first half of Thursday night's game at Icardo Center. 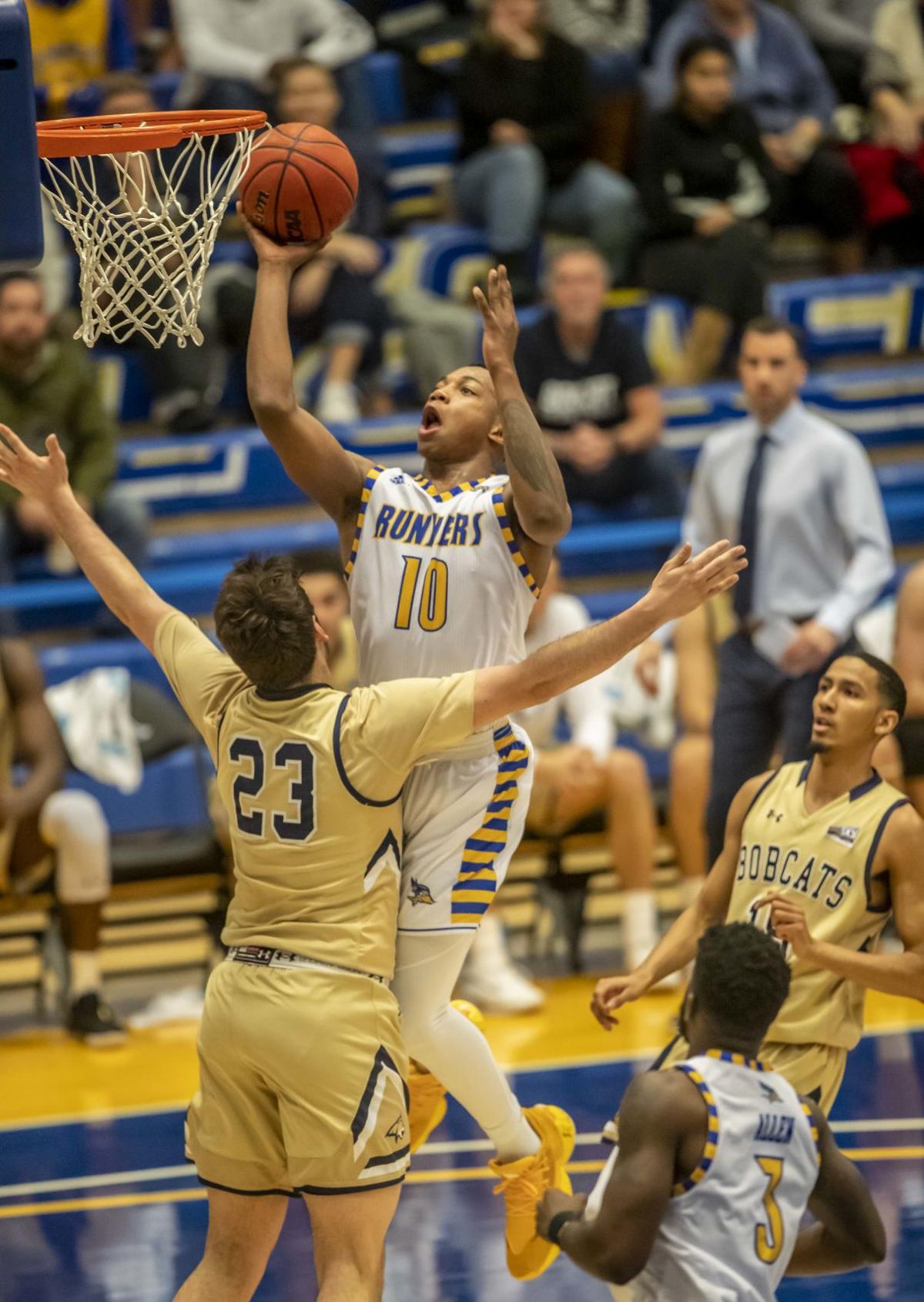 CSUB's Justin Edler-Davis (10) goes to the basket as Montana State's Borja Fernandez defends during the first half of Thursday night's game at Icardo Center. 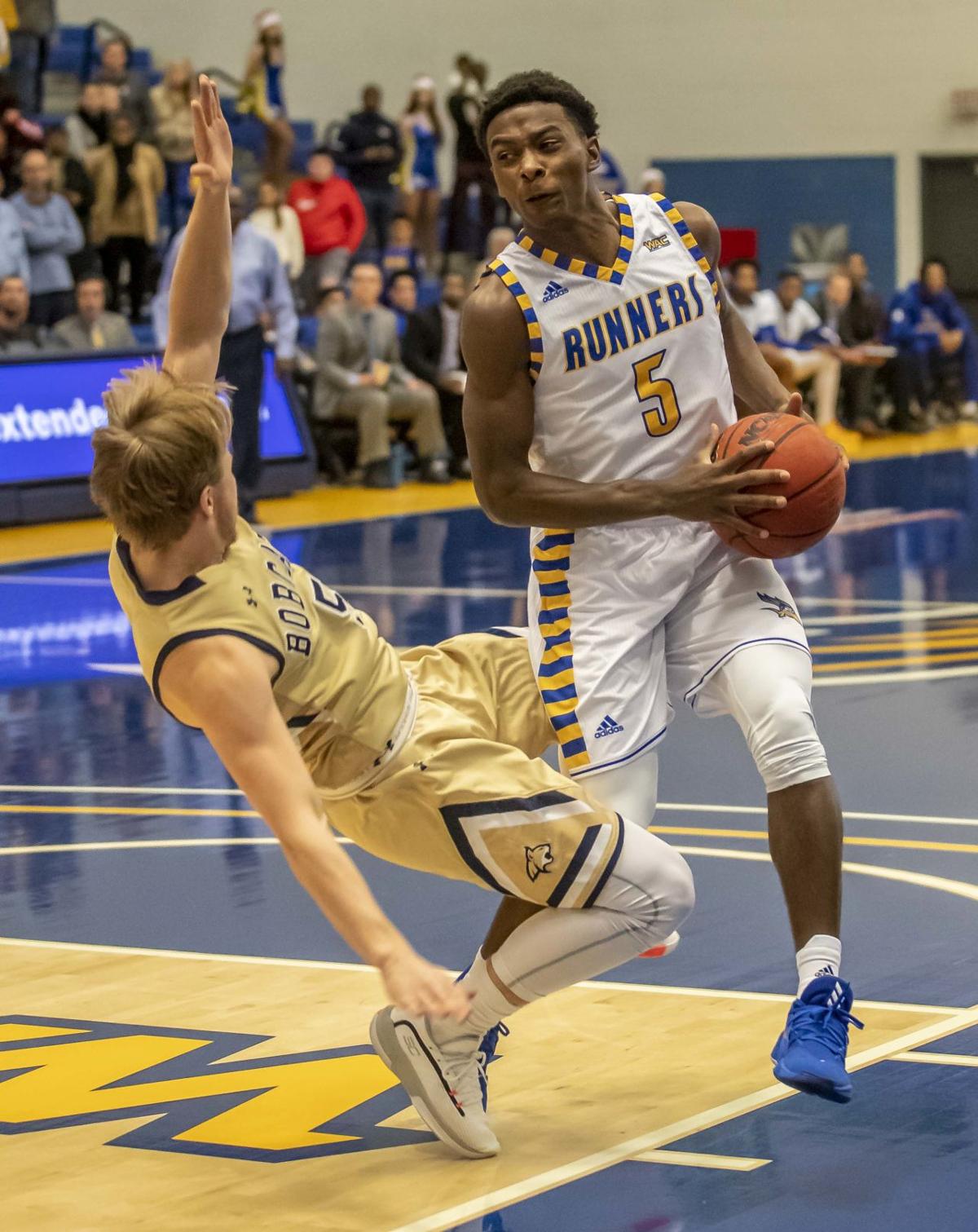 Nick Ellis / For The Californian CSUB's Czar Perry, right, is called for a charge against Montana State's Harald Frey during the first half Thursday night at the Icardo Center. 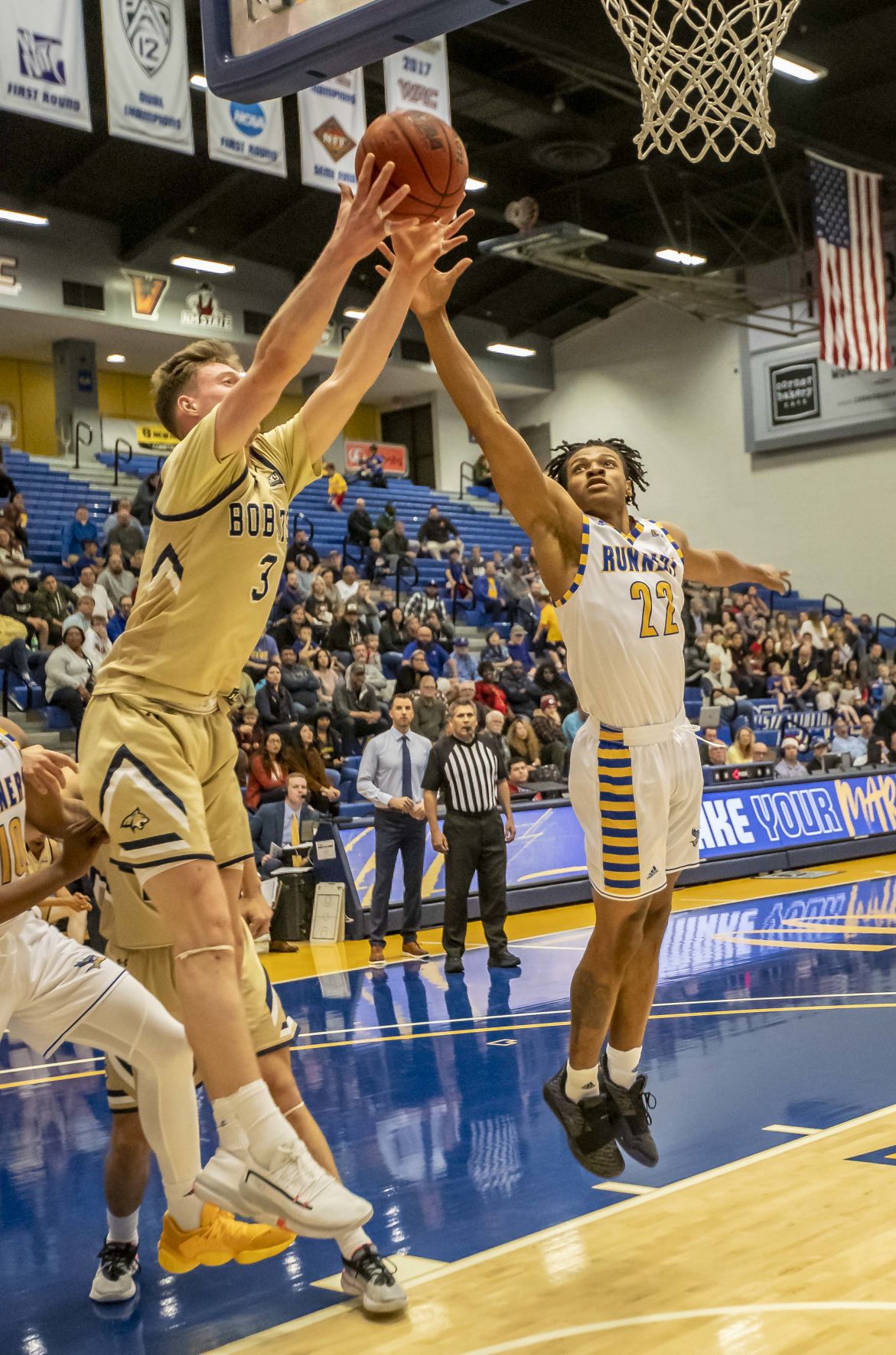 CSUB's Taze Moore (4) defends against Montana State's Zach Hobbs during the first half of Thursday night's game at Icardo Center.

CSUB's Justin Edler-Davis (10) goes to the basket as Montana State's Borja Fernandez defends during the first half of Thursday night's game at Icardo Center.

Nick Ellis / For The Californian CSUB's Czar Perry, right, is called for a charge against Montana State's Harald Frey during the first half Thursday night at the Icardo Center.

As he limped off the court with an ankle injury late in the first half, the thought of seeing Taze Moore sky for a game-saving rebound seemed a near impossibility Thursday night.

But after making his return with the starters in the second half, the redshirt junior did just that, grabbing a huge offensive rebound that gave the Cal State Bakersfield men's basketball team a much-needed tight win against Montana State.

After Ronne Readus tied the game with a free throw, Moore soared through a box out and came down with an offensive rebound, drew a foul and hit the winning free throws of a 74-72 Roadrunner win at the Icardo Center.

When Readus' miss clanged off the back iron, Moore got great position on Amin Adamu, secured the board and drew a foul, which put him in position to score the go-ahead points with 12.5 seconds remaining.

"I’m pretty good at rebounding and kind of knowing where it’s going to go before it lands or while it’s in the air," Moore said." So I kind of figured it was going to come to me and all I had to do was kind of push him under the goal a little bit.”

After surrendering 20 points to star Bobcat guard Harald Frey in the first half, the Roadrunners held him to six in the second, though Frey did give the 'Runners a near moment of panic in the final seconds.

With Moore hounding him at the perimeter, Frey found just enough of an opening to launch a 3-pointer as time expired, only for it to bounce of the rim ensuing that a game that had 22 lead changes wouldn't have a 23rd.

Entering Thursday, the Roadrunners were 0-4 in games decided by single digits, and in a game that stayed within one possession the entire second half, there were plenty of opportunities to falter.

But they didn't, and now head into a weekend matchup with Cal Poly at 5-8.

“I am extremely excited," coach Rod Barnes said. "We’ve been (through it) so many times with this team where I felt like the last four or five minutes we had a chance to win the game. And to actually get one of them feels really good. I thought we had a bunch of times at different times tonight play well. Our guys stepped up when we needed them to step up.”

One guys who stepped up was Shawn Stith, who didn't play in the first half Thursday after missing Saturday's game at Idaho with an ankle injury. Inserted into the lineup a minute into the second half, he responded with 11 points and five rebounds before fouling out in the final minute.

“I just went up to coach Barnes and said ‘I’m good, put me in. I’m going to play through this,’" Stith said. "My guys were playing so hard, hitting shots, diving on the floor, getting stops. There was no choice about it, I had to play through it.”

Cam Allen scored all of his team-high 15 points in the first half, before sitting out much of the second half with what Barnes called back tightness. Justin Edler-Davis added 14 points while Czar Perry led all players with seven assists.