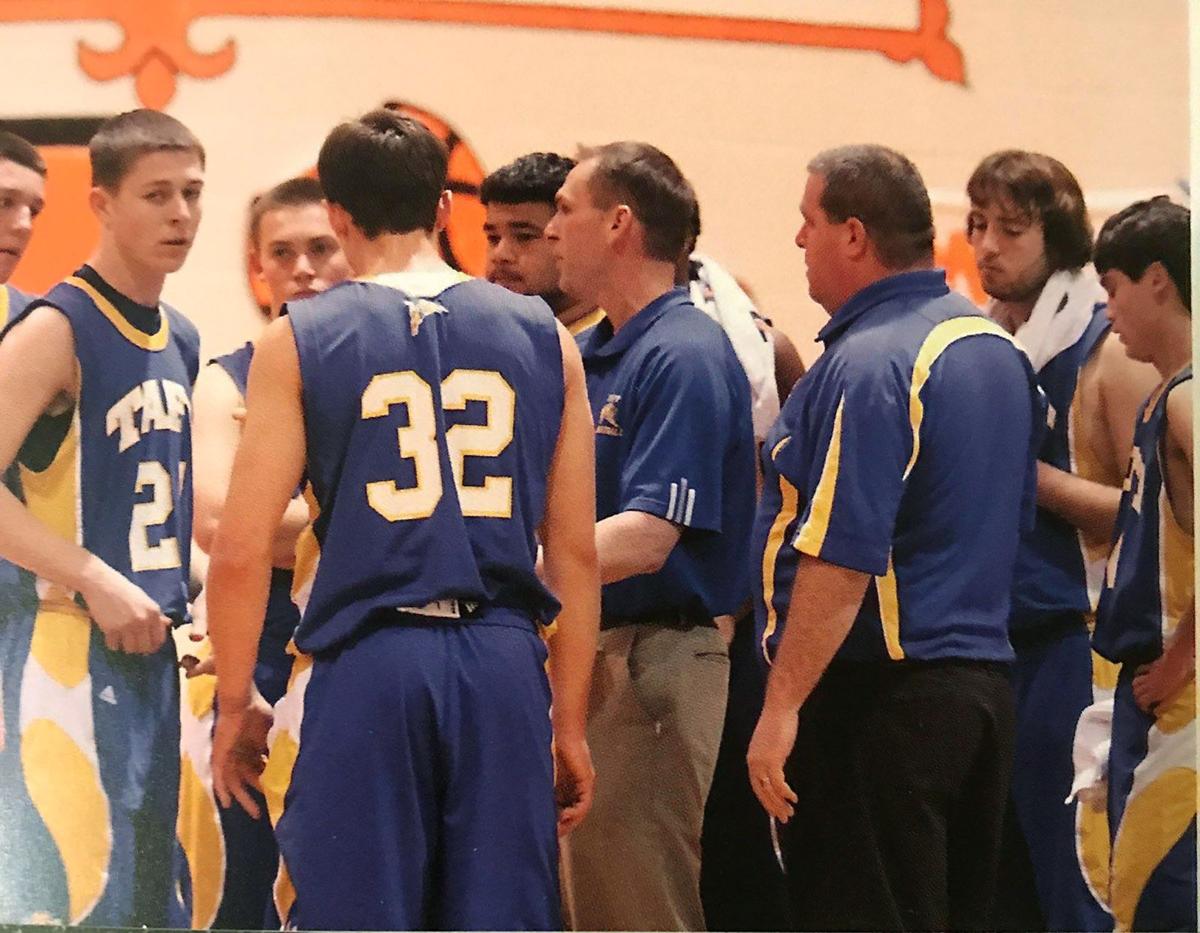 Jeff Hughes, center during his time at Taft High School, had a major impact on basketball in Kern County. The former CSUB player and Bakersfield College coach passed away at age 55 last week. 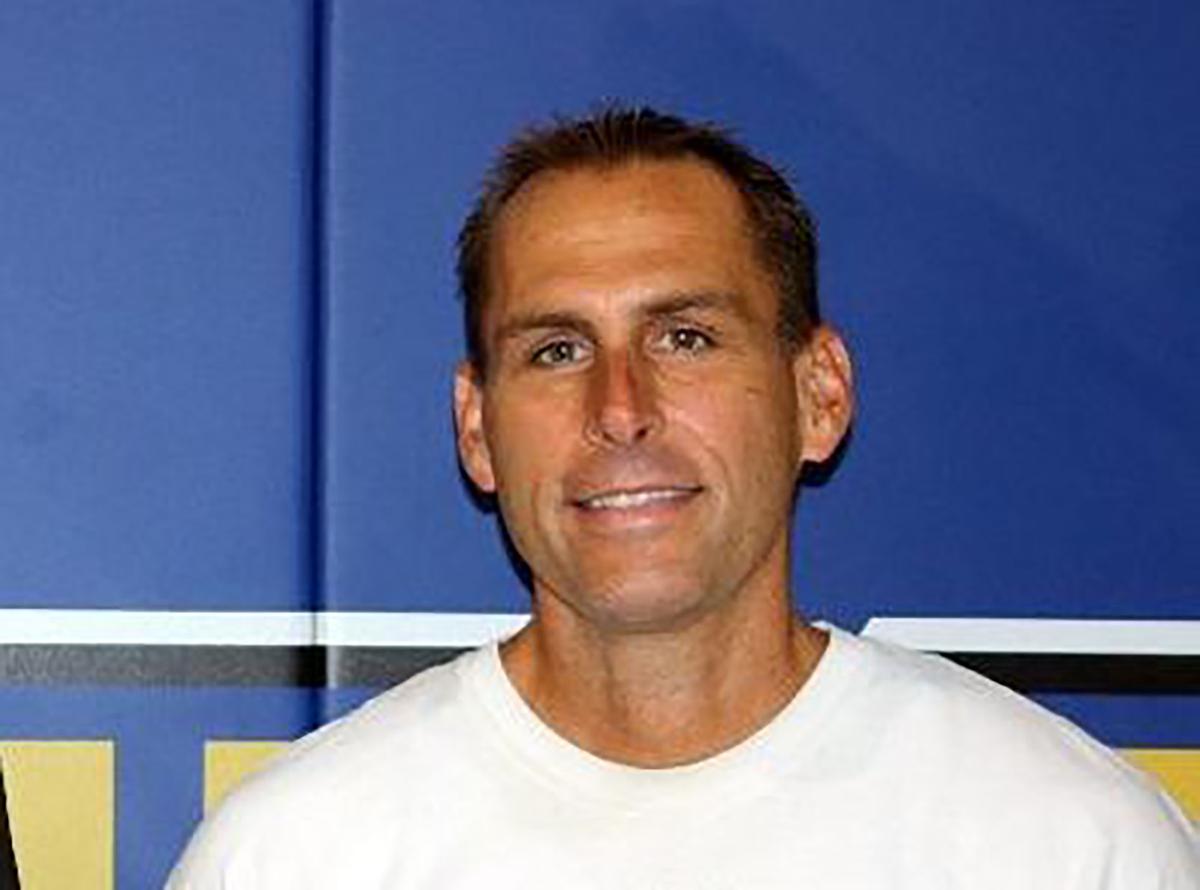 Jeff Hughes, center during his time at Taft High School, had a major impact on basketball in Kern County. The former CSUB player and Bakersfield College coach passed away at age 55 last week.

Through a sad, trembling voice, Rich Hughes lets out a needed chuckle recalling a pleasant memory of his brother Jeff.

Known for approaching the game of basketball with a gruff, no-nonsense style, there was another side to Jeff that Rich is taking solace in during a difficult Monday conversation. Just six days prior, Jeff, a head men's coach at Bakersfield College from 1998-2002, passed away unexpectedly in Oklahoma City at the age of 55.

The son of former NBA coach Rex Hughes, Jeff grew up in the 70s and 80s, playing with a hard-nosed style that carried over into a coaching career that lasted nearly three decades.

Saying he could be a bit guarded with his personal life, those in his inner circle insist there were complexities to Jeff that weren't often seen while he was on the job. His brother remembers him as a devoted father to daughters Alison and Lauren, who lived near him at the time of his passing.

Vance Palm, who was teammates with Jeff at Cal State Bakersfield in the 80s before serving as his assistant at BC, recalls his friend having encyclopedic memory for music, saying he could come up with any song title just from hearing a few bars.

"He knew every song recorded in pop culture from like 1970 to probably last week," Palm said. He could dial up any tune, anytime, anywhere any place. It was incredible.”

Jeff's savant-level musical memory brings a laugh out of a still-shaken Rich, who says it showcased a side of his brother's personality that wasn't always seen by the public.

Unsurprisingly, basketball was a major bonding tool for the brothers.

Jeff, who as an assistant helped guide BC to an appearance in the 1998 state title game, went 73-50 in his four years as the Renegades' head coach. He also had numerous impressive stints elsewhere, including a state championship run as an assistant at Columbia College in 1993.

Years after leaving BC, he returned to lend his services to his brother. Rich, who's been the head coach of the Renegade men's program for the last 15 years, was elated when Jeff agreed to join his staff during the 2008-09 season.

Jeff's run in Kern County extended to the high school level, where he served as the head boys basketball coach at Taft from 2010-12. After going just 9-17 in his first season, the Wildcats improved to 15-11 in his second.

His influence is currently being seen in the high school ranks as well.

First-year Bakersfield Christian coach Garrett Brown, who recently guided the Eagle boys to the canceled Division-IV state title game, played for Jeff from 2000-02 and uses many of the man-to-man defensive concepts he learned at BC.

Though tough to play for at times, Brown says Jeff was great at allowing his players the offensive freedom they needed to let their individual talents shine.

“(He was) hard-nosed, tough, expected a lot of out his players, but also gave us a little leeway to do the things we were good at on the floor, as long as we guarded and gave everything we had on the defensive end," Brown said. "He demanded toughness, leadership, heart, greatness from us every day. I learned a lot from him and I still use a lot from him now.”

Still processing his surprise death, friends and family members say Jeff's absence will be felt throughout southern California and beyond.

“There’s so many players that have an umbrella of Jeff and his brother Rich over them," Palm said. "It’s a very, very big loss. Maybe not everybody knew Jeff as closely as some of us did, but his reach was very, very far.”

RIP Jeff. A very cool customer. He worked at Shell Oil in the Tower for a short while. The girls loved him. Lol. EZ to talk to and had all the inside NBA info Just a good guy.