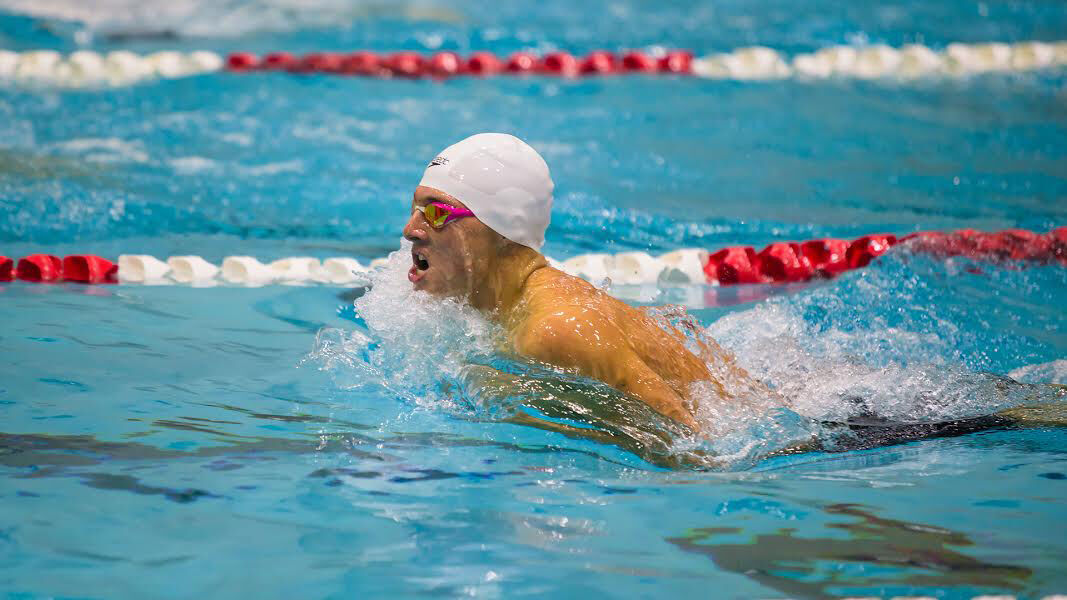 The Prather home of CSUB senior swimmer Noah Hickman was recently evacuated due to the spreading Creek Fire. Hickman, a freestyle swimmer, has kept in steady contact with them from Bakersfield.

A firefighter battles the Creek Fire, which has thus far destroyed over 175,000 acre in central California.

Noah Hickman felt right at home the second he stepped onto his family's newly acquired property.

In the summer between his eighth- and ninth-grade year, Hickman and his family moved from their home in Clovis to a spacious country house in Prather, a setting that catered to many of young Noah's interests.

Already an avid fisherman, he was ecstatic to learn he would have unlimited access to a two-and-a-half acre pond that sat on the property.

Over time, he also developed a taste for riding dirt bikes, which he and a large group of friends would often do on a paved trail near the house.

"I was never really into playing video games or anything like that," Hickman said. "I loved being outdoors and was always out messing around my friends. Our house was great for that."

Even as he's grown up and moved away, Hickman, now a senior freestyle swimmer at Cal State Bakersfield, still considers the residence to be his true home and has tried to take advantage of every opportunity he's had to go back.

Unfortunately, it is unknown if such an opportunity will ever come again.

The Hickmans are among the many families caught in the middle of one of the worst wildfire seasons on record. The Creek Fire, which has thus far destroyed over 175,000 acres of central California, is currently burning roughly eight miles from their home.

On Tuesday, Noah's father Sean, mother Christie, brother Chance and sister Bella were evacuated from the house. They are currently staying with Noah's grandparents in Clovis.

Noah, who is back in Bakersfield, has remained in steady contact with his family since the fire started. And while everyone is trying to keep their spirits up, the uncertainty of the situation is making them understandably nervous.

Not only do constantly changing wind patterns make it impossible to predict what path the fire will take, the family is also concerned about looting, which has reportedly broken out in the neighborhood since word got out that homes had been evacuated.

"It was our dream home and for it to potentially get taken from you is pretty devastating," Noah said.

When he's not on the phone getting updates on his family's well-being, Hickman says he's doing everything in his power to keep focused on his school work, while also preparing for what is likely to be his final season as a competitive swimmer.

But despite his best efforts, he admits the situation has him feeling powerless, as he's left to nervously wait for any good news that may emerge from the home front.

“It's awful," he said. "I’m just trying to keep in contact with my family daily and (hoping) they're OK. It’s just hard. Just knowing that you can’t really do anything and you might lose everything is really hard.”