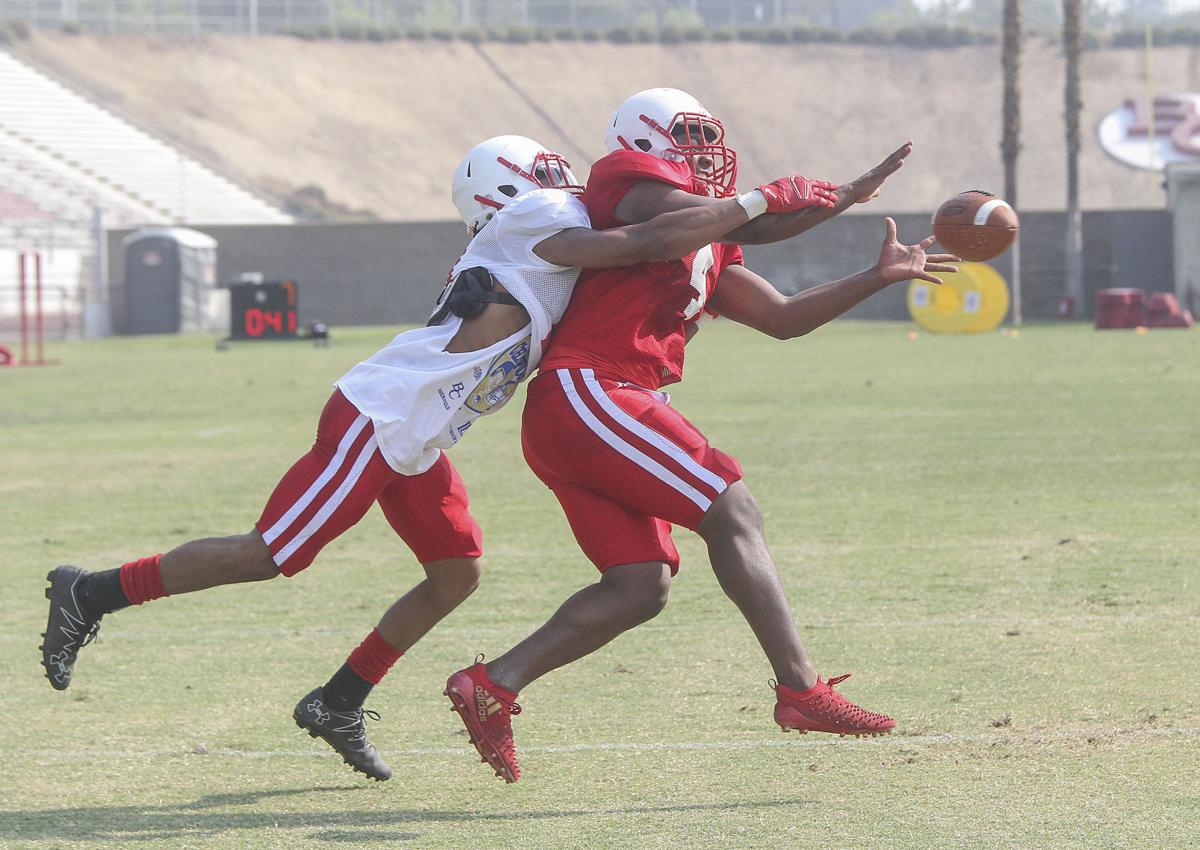 Scenes like this 2018 preseason Bakersfield College football practice haven't been happening this fall, as the season has been delayed by the coronavirus. 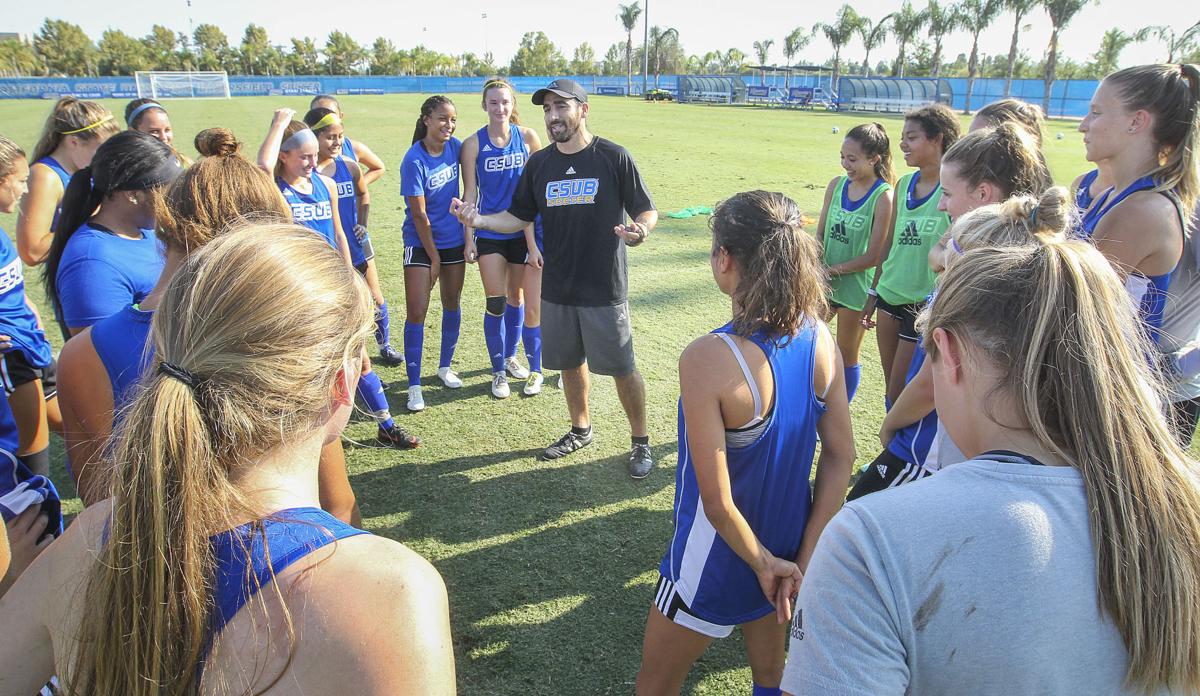 Team's such as CSUB women's soccer and head coach Sebastian Vecchio were looking forward to entering the Big West Conference in 2020. 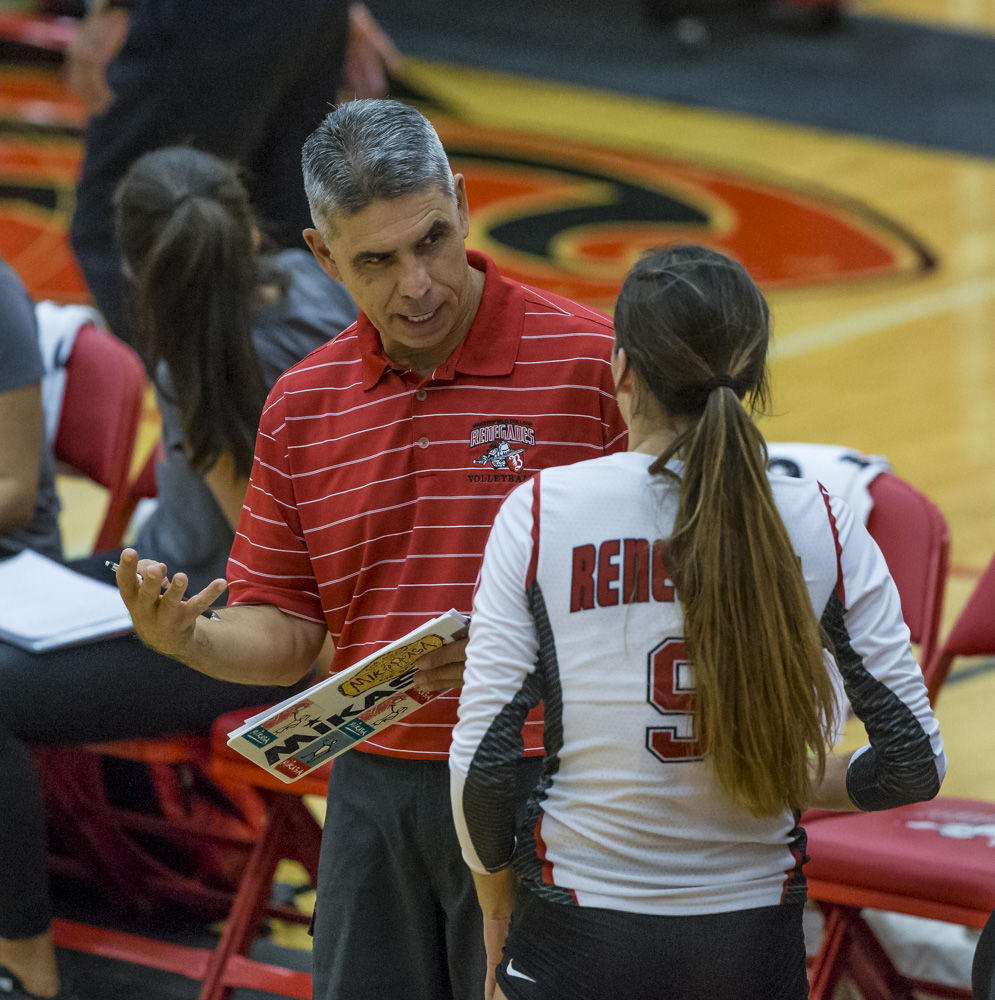 Bakersfield College volleyball coach Carl Ferreira chats with a Renegades player during the 2018 season. The Renegades continued success on the court will have to wait during the COVID-19 pandemic. 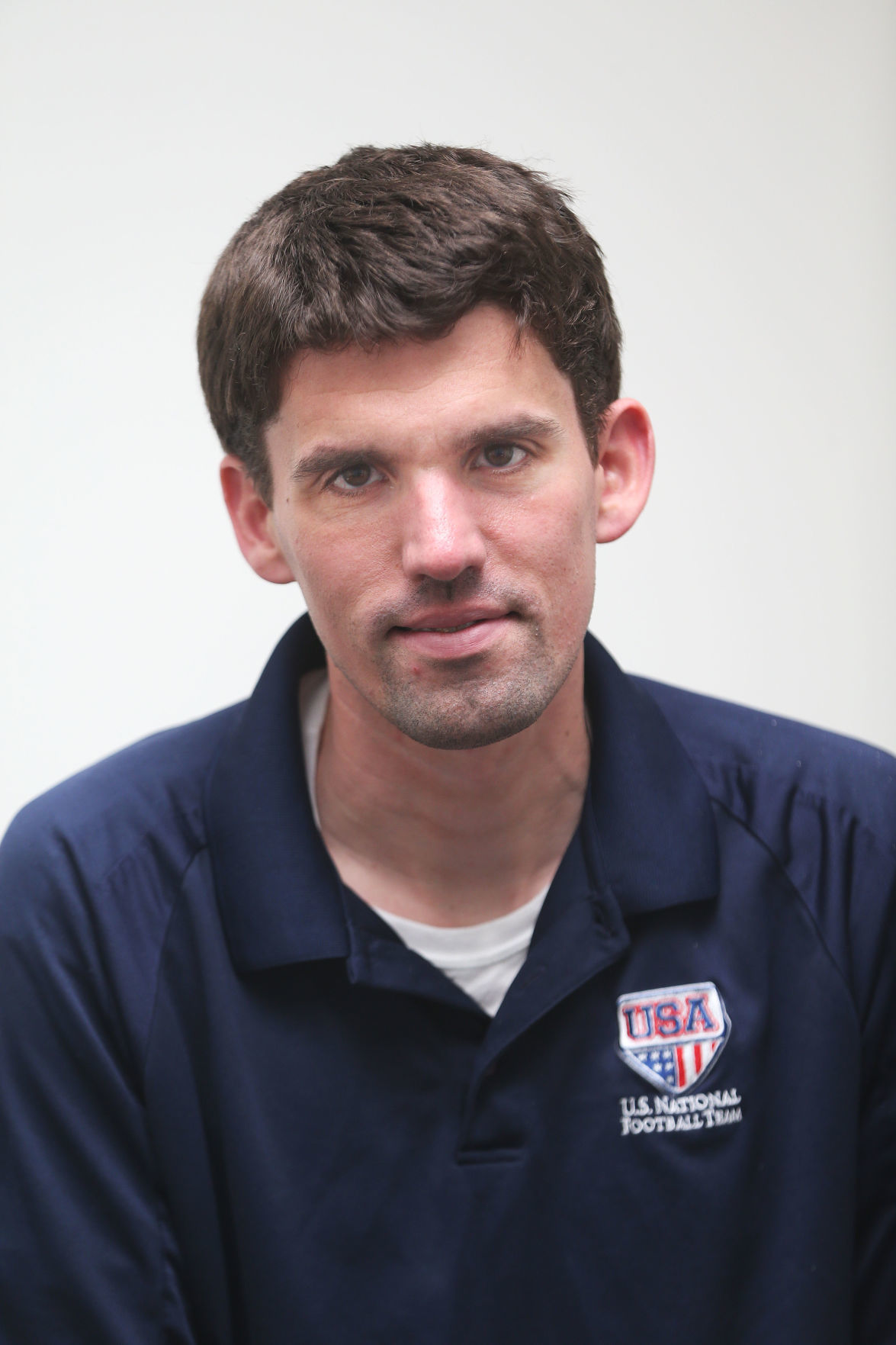 Scenes like this 2018 preseason Bakersfield College football practice haven't been happening this fall, as the season has been delayed by the coronavirus.

Team's such as CSUB women's soccer and head coach Sebastian Vecchio were looking forward to entering the Big West Conference in 2020.

Bakersfield College volleyball coach Carl Ferreira chats with a Renegades player during the 2018 season. The Renegades continued success on the court will have to wait during the COVID-19 pandemic.

Oh how I yearn for a day when phrases like "Due to the coronavirus outbreak" are no longer a staple of my writing.

Unfortunately, due to the COVID-19 outbreak, sports still haven't made their way back to the Valley. And now, of course, is the time when the fall season would have been kicking back into high gear.

Today, I've decided to use this space to highlight the storylines I was most looking forward in the local college scene this fall. Hopefully they will be here again before we know it.

A NEW ERA FOR BC FOOTBALL

A former Bakersfield College defensive back who grew up going to Renegade games, first-year coach R. Todd Littlejohn comes in knowing the expectations for the BC football team.

Most importantly, he understands those expectations were nowhere close to being met in 2019, as the Renegades limped to a 3-7 finish, which included an 0-5 mark at home.

The biggest task will be revamping an offense that struggled in nearly every phase a season ago. The Renegades were ranked in the bottom half of the 68-team CCCAA in all major offensive categories, including scoring (42nd, 23.2 points per game), rushing yardage (43rd, 112.9), total yardage (52nd, 251.5) and passing yardage (57th, 138.6).

While offensive coordinator Carl Dean will return, there were multiple changes made to the offensive coaching staff, with the program bringing in a new running backs coach, wide receivers coach and two new offensive line coaches.

There will be plenty of new faces on the field too, as BC parted with two quarterbacks (Braden Wingle, Larry Harrington), its top two rushers (Isaiah Martin, Shane Jones) and a first-team all-conference tight end (Zach Hartsfield).

Known as a strong defensive mind, Littlejohn will have some high-end talent to work with, especially at the linebacker position. Expected to return are 2019 top tacklers Brock Mather (69) and Anthony Villanueva (59), who were both first-team All SCFA North selectees last season.

Up front, the Renegades will need to find a replacement for all-conference defensive tackle Holden Williams, who had a team-high 4.5 sacks and 11 tackles for loss in 2019.

The secondary will have the most question marks, following the departure of the team's top five defensive backs. This includes star free safety and Oklahoma commit Justin Harrington and cornerback Zach Hernandez, who led the team with five interceptions last year.

Cal State Bakersfield's move from the WAC to the Big West will provide a step up in competition throughout the athletic department, and fall sports are no exception.

Despite winning two WAC titles in volleyball, the Roadrunners are coming off a disappointing 4-12 finish in league play and failed to qualify for the WAC Tournament last season.

Things won't get easier. According to Real Time RPI, the Big West ranked ninth nationally in RPI last year, a big jump from the WAC, which was 16th.

The Roadrunner men's soccer team will also face a step up in competition. CSUB's RPI ranking of 137 was fourth in the WAC last year. The lowest rated team in the Big West, Cal Poly, was 96th.

All told, the Big West had five teams in the top 80 of RPI, while the WAC had just one.

The playing field was a bit more even in the women's game, as Cal State Fullerton (99) was the only school in either league ranked in the top 100. CSUB's rating of 247, sixth in the WAC, would have been seventh in the Big West.

There wasn't much room for improvement with the Bakersfield College volleyball team last year, yet the Renegades still managed to get better.

The Renegades are 35-1 in conference matches over the last four seasons. And despite some key losses, most notably WSC South Player of the Year Penelope Zepeda, coach Carl Ferreira has had the program running like a well-oiled machine for years, and expectations will remain high whenever BC takes the floor again.

The Renegades were set to return a strong core of sophomores, highlighted by Jonathan Hunter. Hunter won the 174-pound state title last year, needing just 6:05 to win his three matches by pinfall.

BC would have also retained the services of Jordan Annis, a 184-pound state runner-up, and Adrian Gonzales, who won the 149-pound weight class at Southern Regionals.

WHAT TO DO FOR AN ENCORE?

Four years after re-launching its men's soccer program, BC had unprecedented success in 2019, winning the program's first-ever conference title with a first-place finish in the WSC South.

How the Renegades will follow this triumph remains to be seen, but reigning conference Coach of the Year Vayron Martinez will have some major talent to replace.

Excited for BC Football. I was expecting a new O/C but a new philosophy will do. Such an important position. In all his travels he didn't have somebody in mind? Hmmm.

Since there's no season this fall are they putting in the new scoreboard, working on the new concessions and bathrooms?