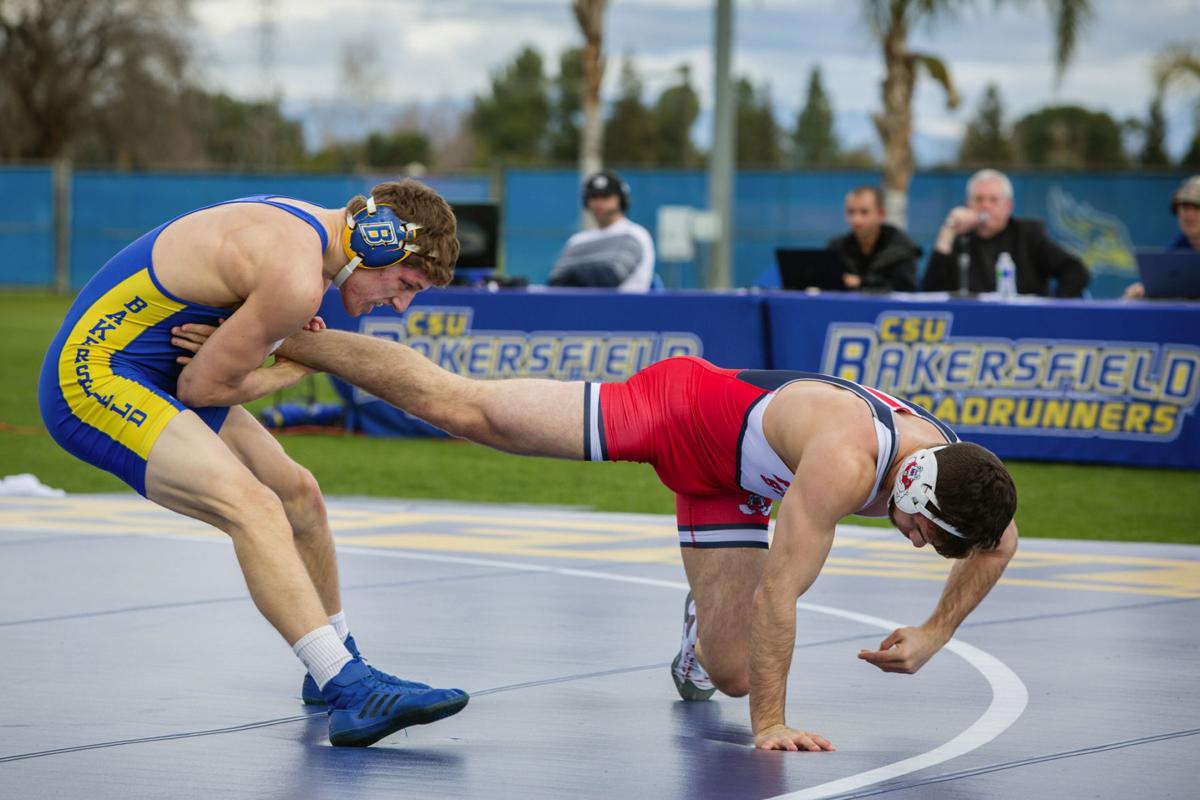 Jacob Thalin gets a hold of Fresno State's Isaiah Hokit during the first Feud on the Field held at the CSUB soccer field last year. The Roadrunners will hold the second of what they hope will be an annual event on Sunday. 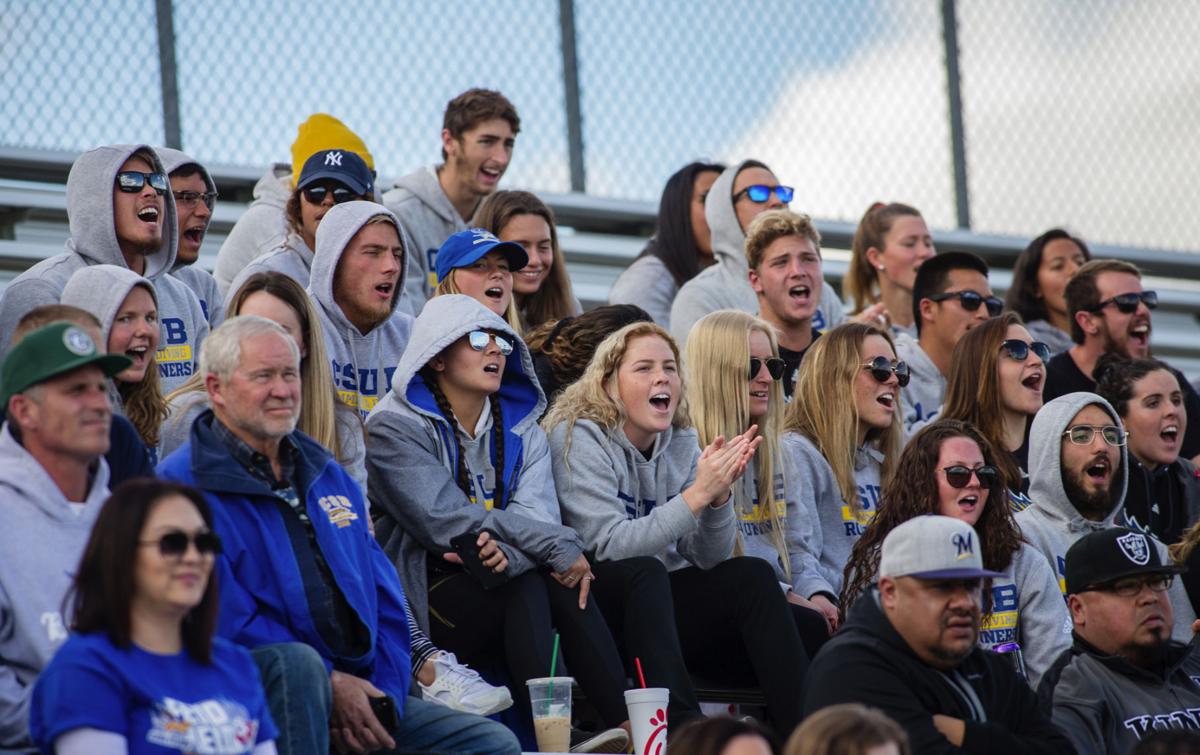 Fans cheer on the Cal State Bakersfield wrestling team during last season's Feud on the Field, and event that will be rekindled on Sunday when fourth-ranked Arizona State comes to town.

Jacob Thalin gets a hold of Fresno State's Isaiah Hokit during the first Feud on the Field held at the CSUB soccer field last year. The Roadrunners will hold the second of what they hope will be an annual event on Sunday.

Fans cheer on the Cal State Bakersfield wrestling team during last season's Feud on the Field, and event that will be rekindled on Sunday when fourth-ranked Arizona State comes to town.

Manny Rivera was in a bind.

With a scheduled men's basketball game making the Icardo Center unavailable, Rivera and the Cal State Bakersfield wrestling team didn't appear to have a venue to host a planned match against a ranked Fresno State team last Feb. 9.

"We just said, 'What can we do?'" said Rivera, who is currently in his fifth season as CSUB's head wrestling coach. "So we tried to get creative."

Multiple brainstorming sessions led to the creation of Feud on the Field, where wrestlers competed on a mat set up on the CSUB soccer field. After having success with last year's inaugural event, Feud on the Field will return for a second time on Sunday, when the 'Runners host Arizona State at noon.

Rivera said Feud was partially inspired by events like the annual Battle on the Midway, a multi-team college event held on the deck of the USS Midway aircraft carrier in San Diego.

Last year's match was a hit with Roadrunner wrestlers, who said the unorthodox setting brought a jolt to the midseason dual.

"It was definitely fun," said Rusell Rohlfing, a senior with a team-high 19 wins at 149 pounds this season. "It was a good turnout (with) a lot of vocal fans. It was loud. It was great."

The day was made all the better when CSUB rallied to win the final three matches en route to an 18-12 win over a Bulldog team that entered the day ranked 25th in the country.

A win at the 2020 Feud could be even more significant. Waiting for the Roadrunners Sunday will be Pac-12 leader Arizona State, a team ranked fifth in the most recent coaches poll.

The Sun Devils come in with seven wrestlers ranked in the top-20 of their weight classes. Of that group, no one is more decorated than Zahid Valencia, a two-time national champion and the current No. 1 wrestler at 184. Valencia entered a Saturday match against Cal Poly with a record of 20-0.

Hoping to sharpen up for a late season push, Josh Loomer, who will face Valencia at 184, says competing against one of the most accomplished wrestlers in the country boosted his excitement to a level "beyond words" heading into the weekend.

"It's all I've been thinking about," Loomer said. "I've got nothing to lose and everything to gain. I can work on and see what I need to fix to compete against anybody else."

In time, Rivera is confident that a simple scheduling conflict will have helped create a new, annual tradition at CSUB, one that could introduce the sport to a new audience in a unique way.

"We’re really trying to promote ourselves and get ourselves out there to grow our sport," he said. "If this is something that could get people excited in town and kind of give us the spotlight and maybe get some younger kids to start wrestling, we’re all about it.

"That’s kind of the idea. Maybe just bringing some excitement to the wrestling community.”

Who: No. 4 Arizona State at Cal State Bakersfield

What: Feud on the Field wrestling dual

Where: Main Soccer Field on the CSUB campus