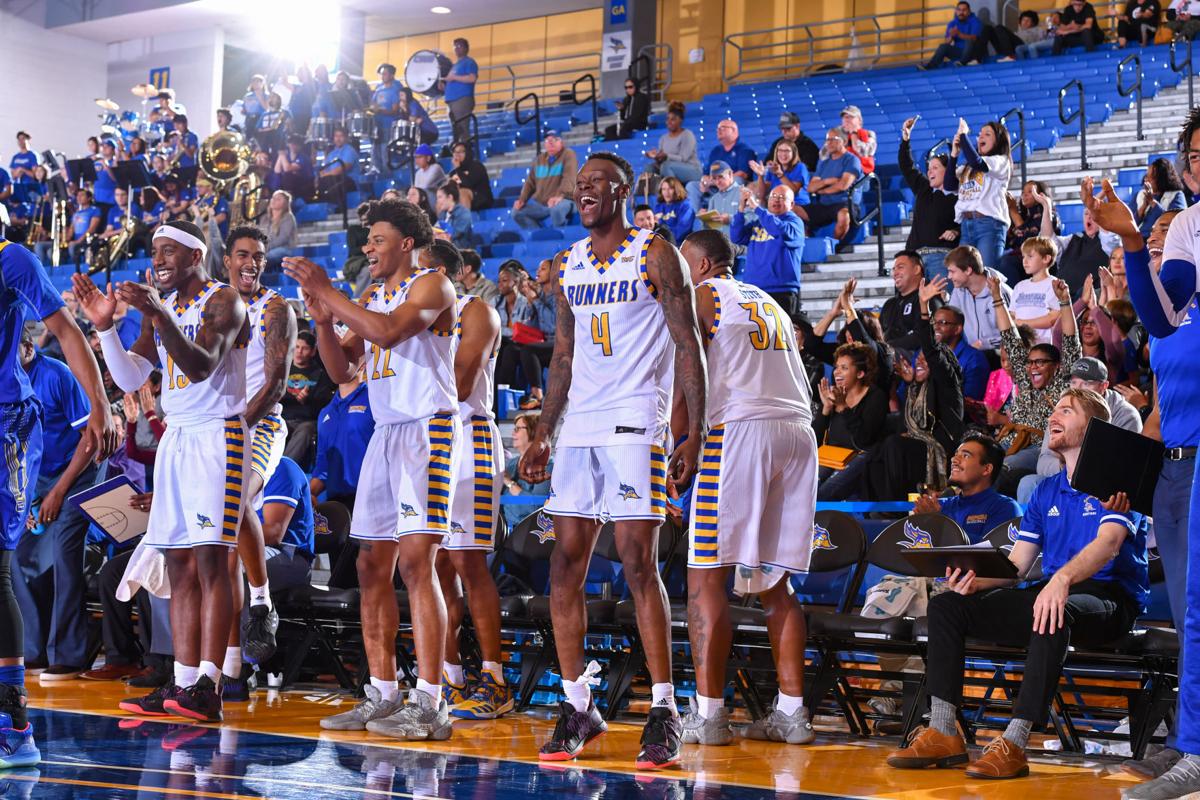 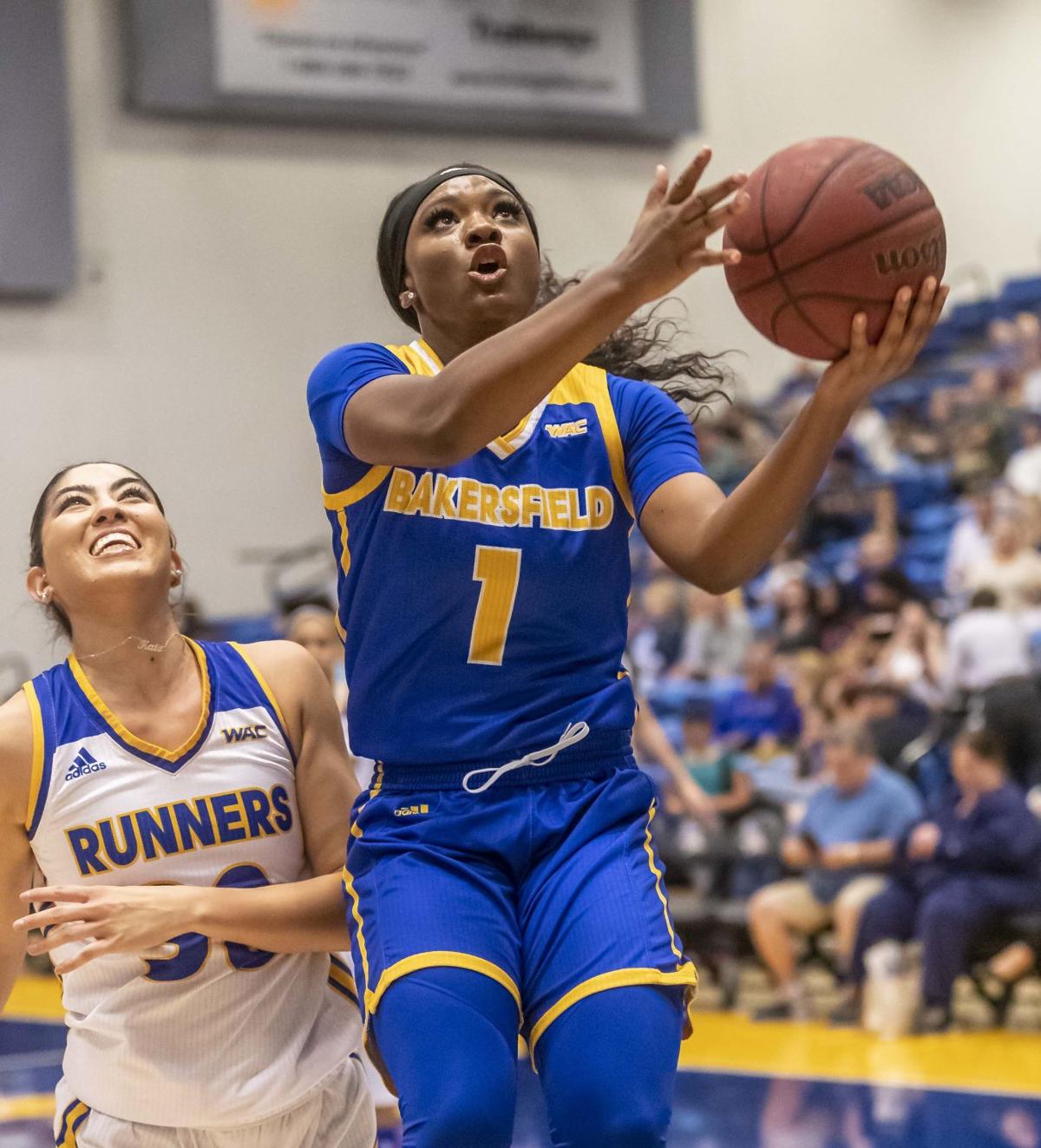 CSUB's Daije Harris (1) takes a shot as Kate Tokuhara trails during the Blue-Gold scrimmage at the Icardo Center. Harris recently committed to Delaware State as a graduate transfer.

Though a ruling by the NCAA appears to have put some college sports on track to return, the outlook remains a bit foggy in Bakersfield.

On Wednesday, the NCAA ruled that a nationwide ban for on-campus activities, put in place to curb the spread of the coronavirus, would be lifted from June 1-30, and that football and men's and women's basketball teams would be allowed to return to campus for voluntary workouts.

However, in many instances, the decision to return will be left up to individual schools and conferences. One school where the schedule remains in flux is Cal State Bakersfield, and Athletic Director Kenneth Siegfried says basketball players and coaches haven't been given the green light to return to campus just yet.

"We are still in the to-be-determined phase," Siegfried said. "We are having constant talks about when we can return to training (or) practice. We are hoping to know more in the near future."

A potential hiccup facing the Roadrunners is a recent announcement by the Cal State University Board of Trustees, in which officials expressed a belief that all schools within the system would likely have to host classes virtually during the upcoming fall semester.

While Siegfried says he's as eager as anyone to have athletics return to CSUB, he stressed that it can't happen until officials in the school system and the Big West Conference work out a plan that would allow sports to be conducted in a safe environment.

"I cannot wait to see our student-athletes back on the field, on the court, in the pool, and on the wrestling mat," he said."But these are going to be decision among all 23 schools in the CSU system, they're going to be decisions among all 11 schools in the Big West Conference. There are a lot of collaborative conversations going on and ultimately it will be a collaborative decision. "

Whenever the CSUB women's team returns to action, one familiar face won't be in attendance.

Shooting guard DaiJe Harris, who just completed her redshirt junior campaign with the 'Runners, announced this week she was moving onto Delaware State, where she hopes to revive a career that's been derailed by injury.

Harris, who will be immediately eligible as a graduate transfer, played in 25 games as a true freshman at CSUB in 2016-17, but has played in just 19 since, thanks to a string of knee injuries. After missing all of the 2018-19 season, she played in seven contests last year, averaging 1.7 points.

CSUB baseball coach Jeremy Beard will host a Q&A over Zoom from 6 to 7 p.m. on Thursday, May 28 to support the Roadrunner Scholarship Fund.

Participants can join by placing a takeout order from the Prime Time BBQ Restaurant. Ten percent from each order will go directly to CSUB student-athletes.