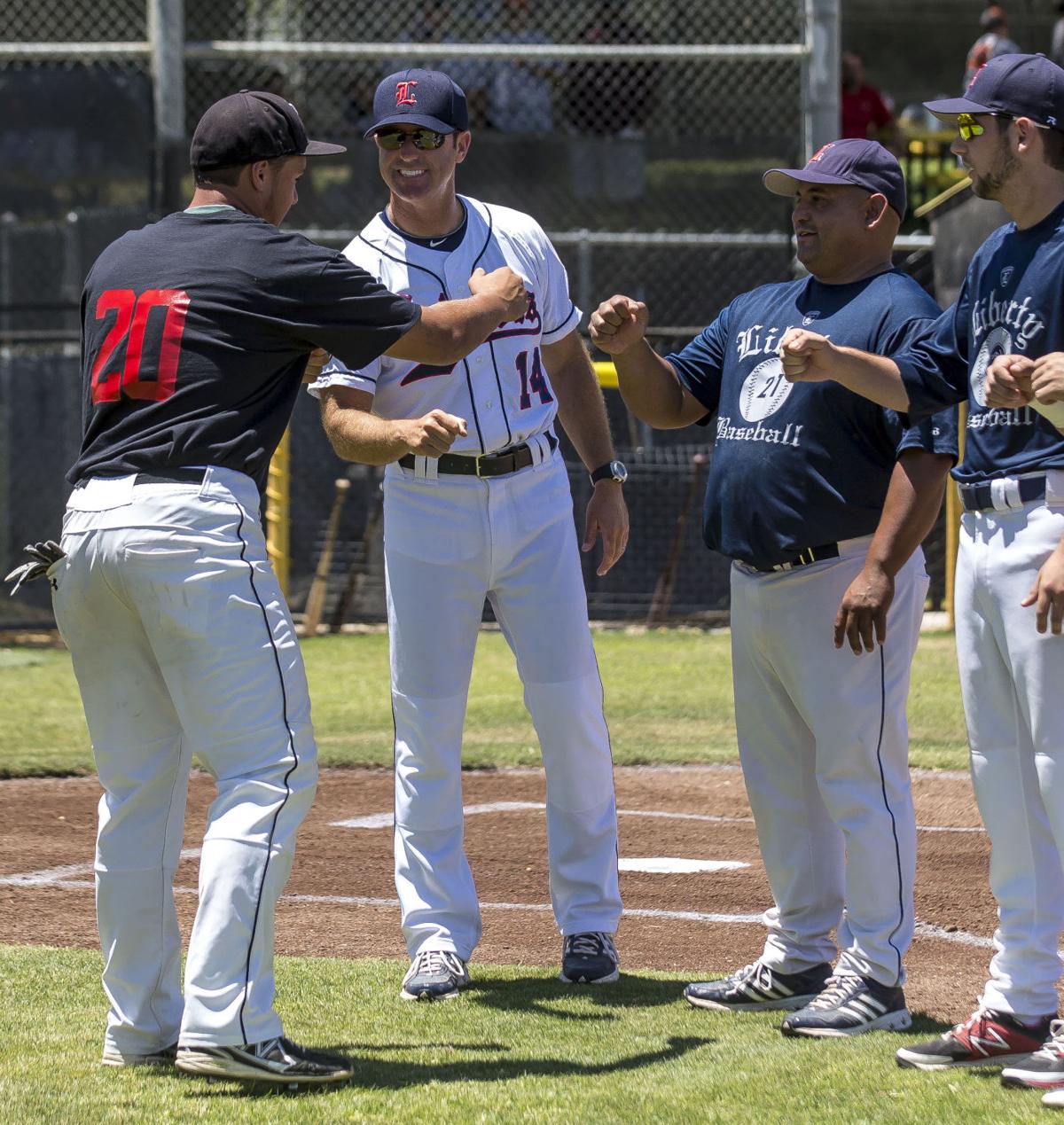 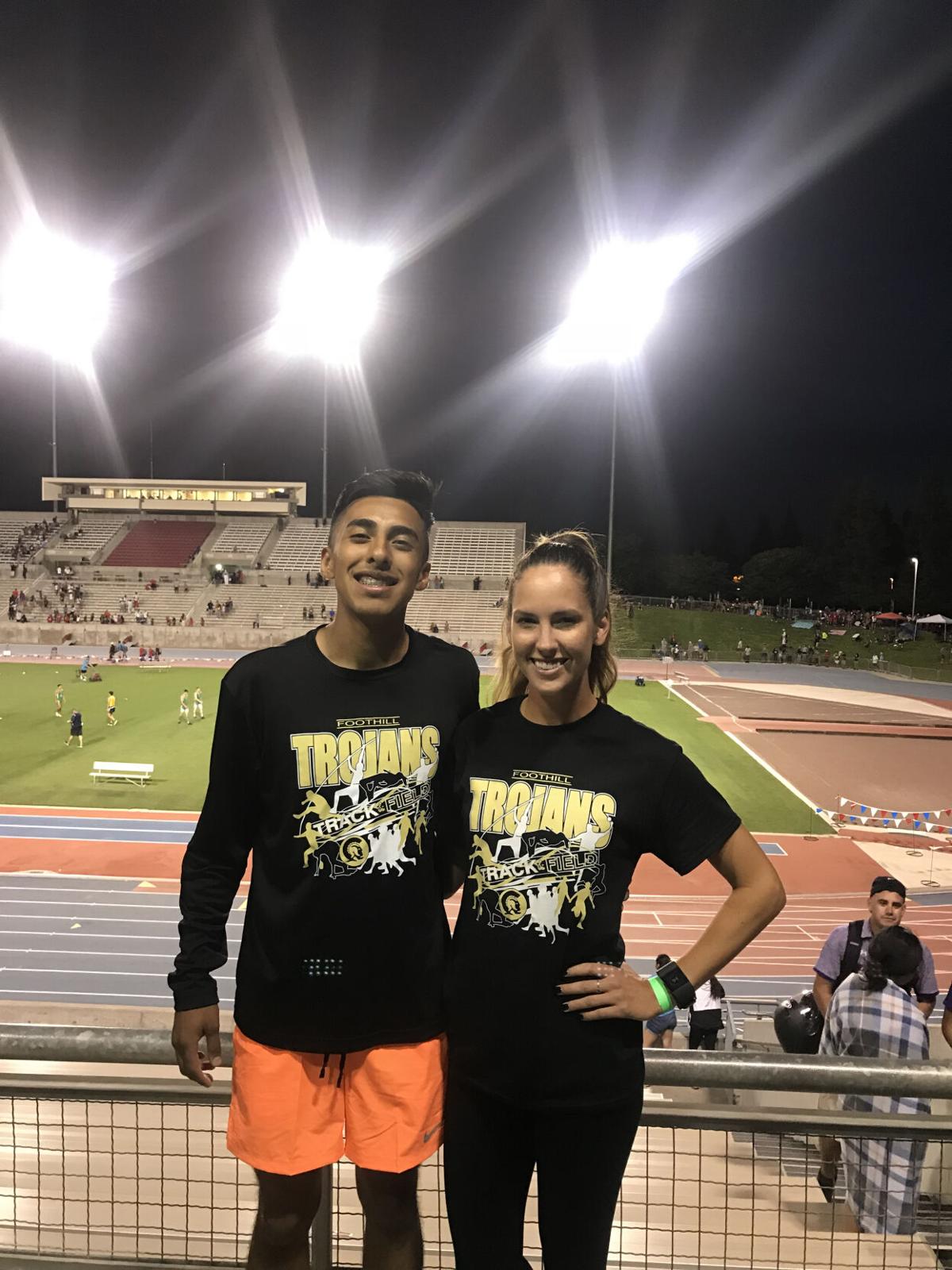 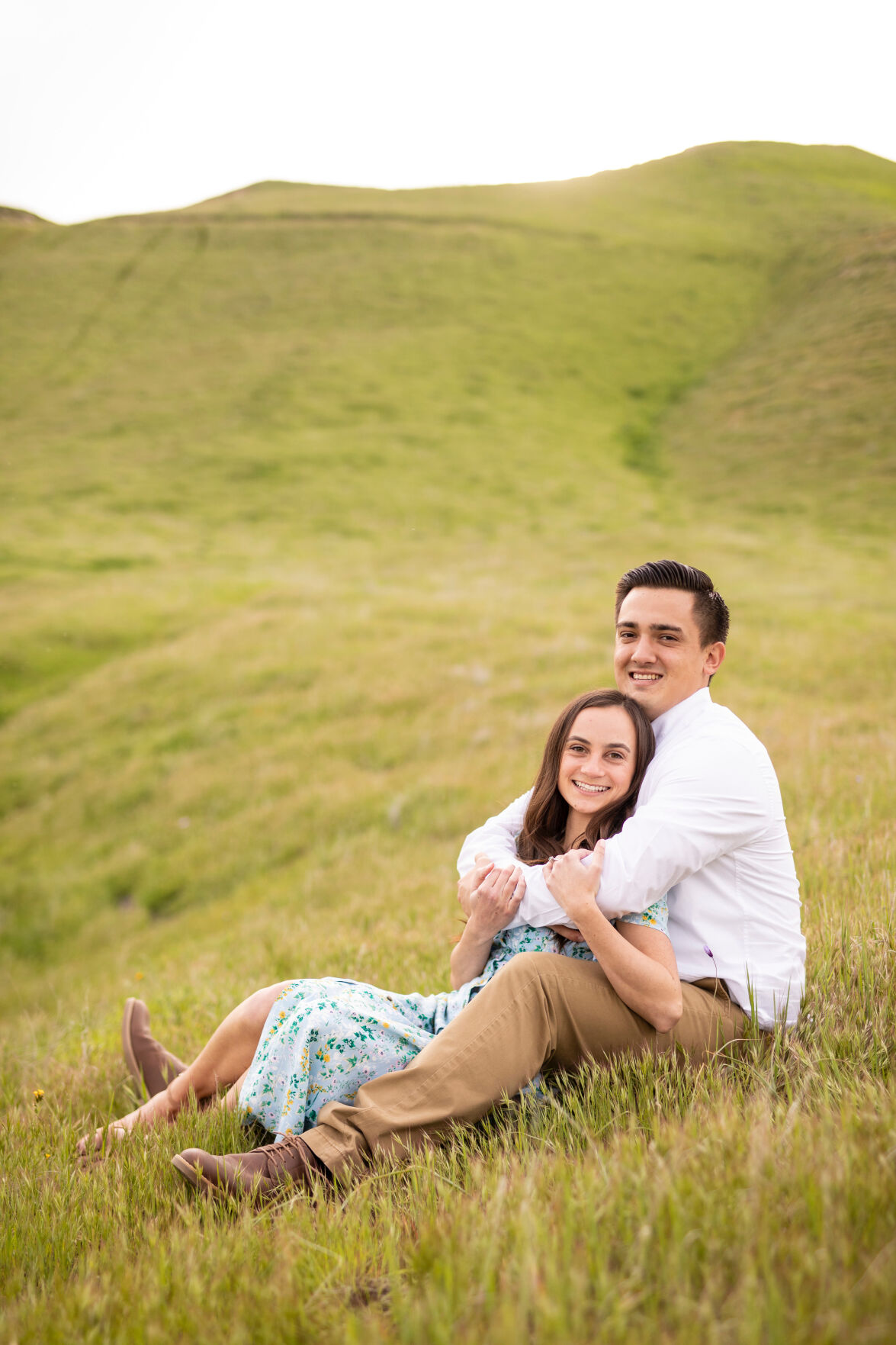 Tyus Thompson and his wife, Molly, are expecting their first child in January. Thompson coaches boys cross country, and also plans to assist with the boys basketball and track and field programs in the spring. 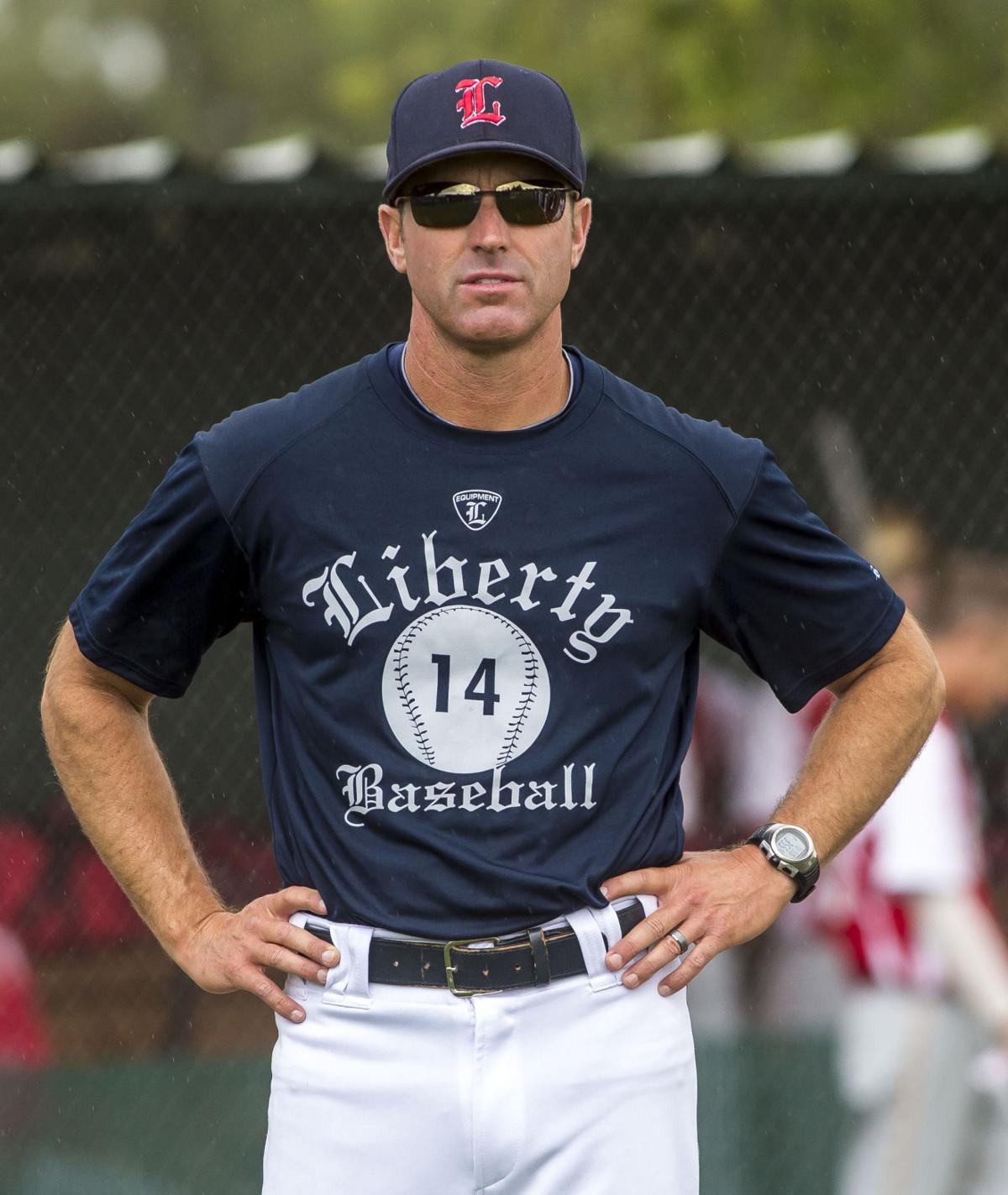 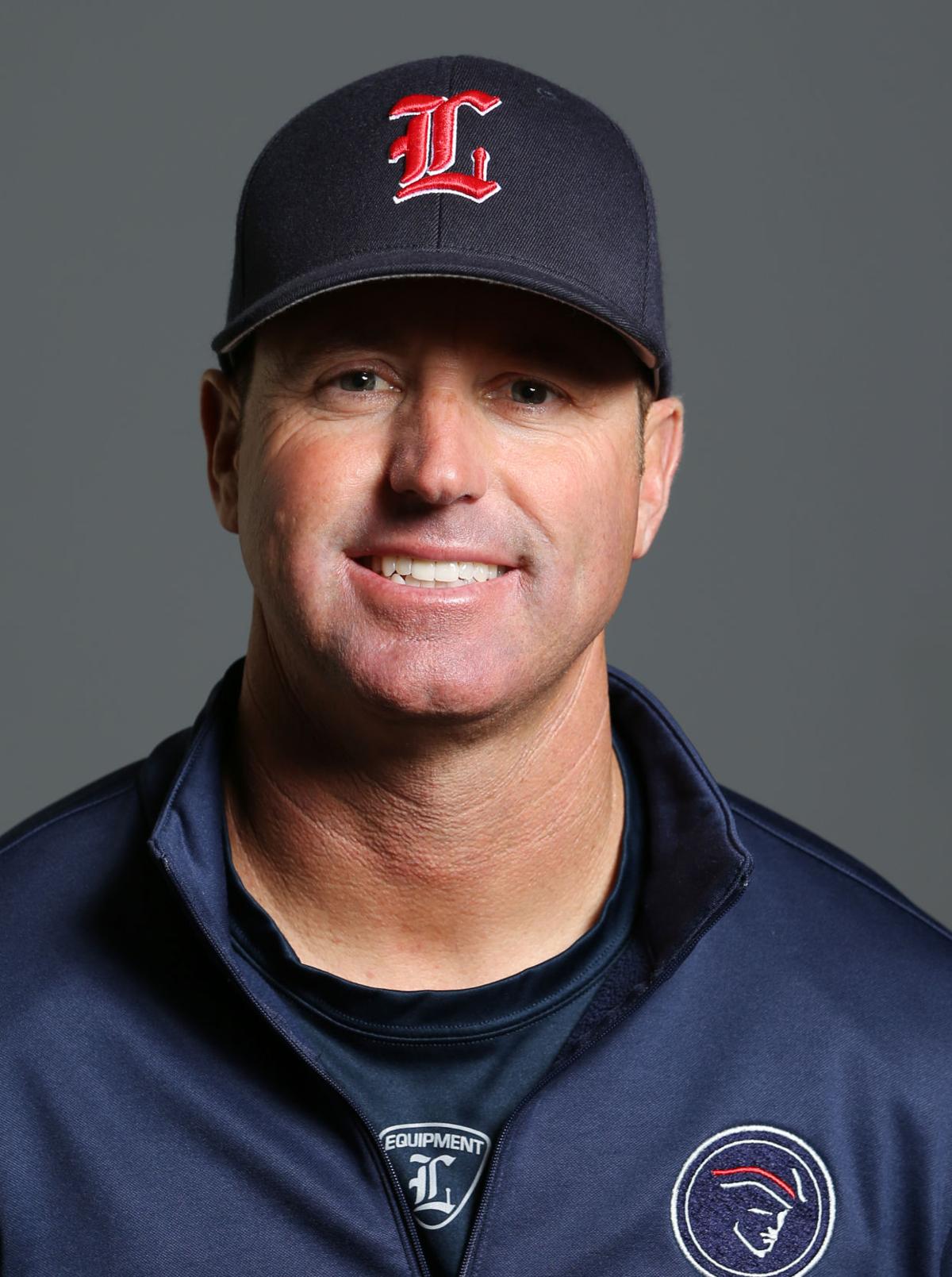 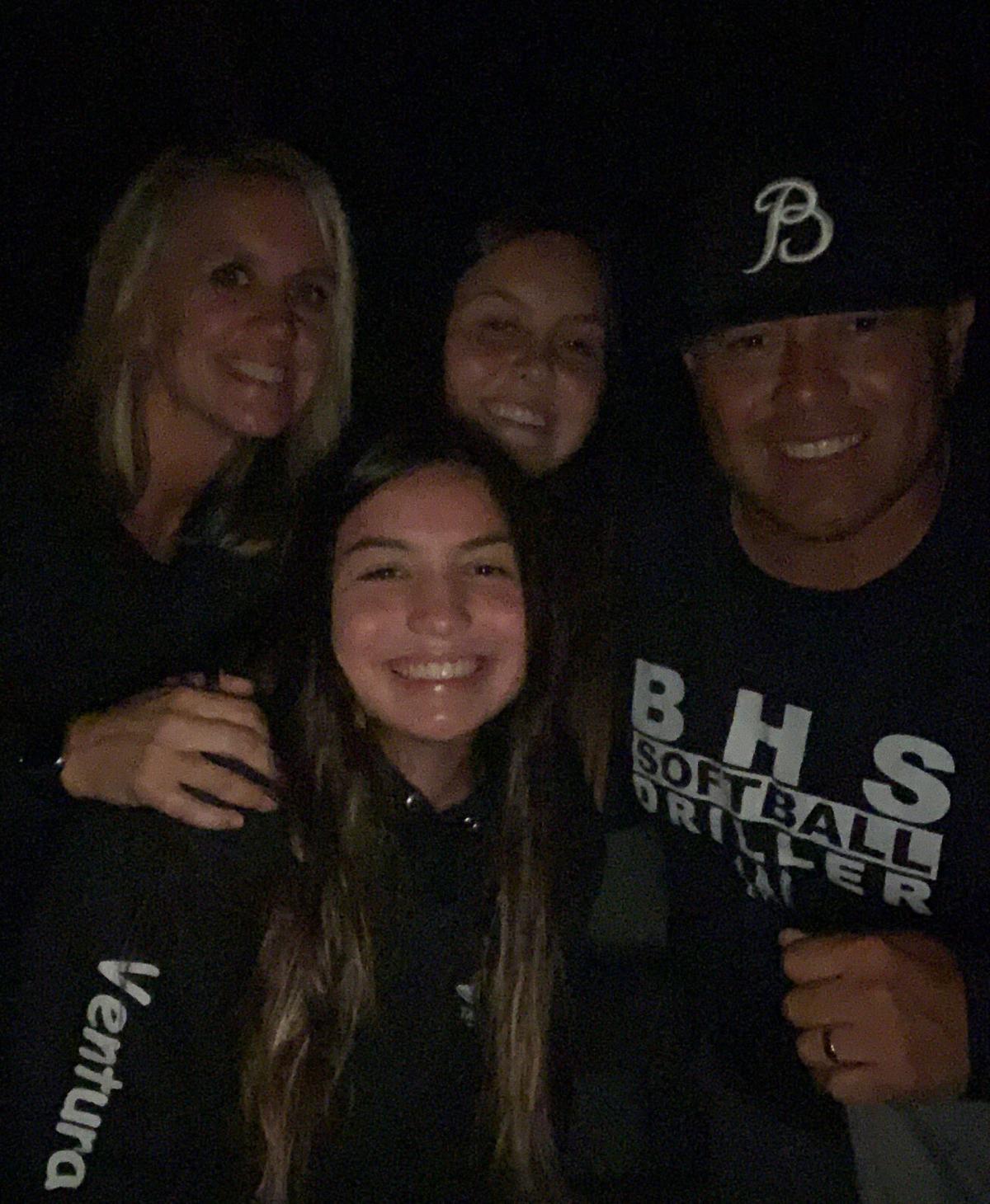 Bakersfield High girls golf and softball coach April Figueroa with daughter's Kali and Meah, and husband Chris, who doubles as the softball and frosh-sop football coach.

Tyus Thompson and his wife, Molly, are expecting their first child in January. Thompson coaches boys cross country, and also plans to assist with the boys basketball and track and field programs in the spring.

Bakersfield High girls golf and softball coach April Figueroa with daughter's Kali and Meah, and husband Chris, who doubles as the softball and frosh-sop football coach.

When Jorey and Graham Wilson were married in February, they had no idea what the rest of the year would have in store for them.

A few weeks later, schools were shut down, stay-at-home orders were in place, and with it, all sense of normalcy for the newly-wed couple.

The Wilsons were forced to postpone their honeymoon, rescheduling a trip to Hawaii for next summer to coincide with a friend’s wedding.

As it turns out, that was just the start, especially for Jorey, a physical education teacher at Foothill who serves as the junior varsity girls tennis coach and an assistant to Paul Conteras on the Trojans’ track and field squad specializing in mentoring the distance runners.

Like many coaches who are involved in multiple sports at area high schools, the cancellation of fall sports and the new combined alignment of some fall, winter and spring sports is forcing her to make a difficult choice.

“When I got this schedule and saw how much it overlapped, I reached out to my athletic director Mike Biezad and asked how it was going to work,” said Jorey Wilson, a former distance runner at Cal State Bakersfield. “He told me early that unfortunately, I might have to pick one or the other. There are multiple coaches on our school site that are having to choose, and now they are trying to find coaches to replace them because they can’t do both.”

Although it was a difficult choice, Wilson is leaning toward coaching tennis since she believes it will be more difficult to replace her after three years in the program. With Contreras, who doubles as the school’s cross country coach, already in place, she feels comfortable leaving her runners in his capable hands.

In addition to the coaching conflicts, the new class schedule has presented some challenges. Instead of ending on May 31, the last day of school is now set for June 9, forcing Wilson to push her scheduled honeymoon back again, this time for a few weeks.

“I had to rearrange my trip again because the last day of school got pushed back,” Wilson said. “That’s literally the last day possible we can leave because our friend’s wedding is that weekend. So now we have to shift our whole trip. I had to call and change the dates again and we have to leave right after school ends, and hop on a flight. And then we’ll do our honeymoon after that now. So there’s major conflicts now on both sides.”

Tyus Thompson, a former three-sport athlete at Stockdale, has similar conflicts that he’s struggling to work out.

In addition to coaching the boys cross country team, Thompson was the boys frosh-soph basketball coach and an assistant on the track and field team the last two years.

Although cross country’s season will overlap with basketball, that’s nothing new for Thompson. Even before the coronavirus took hold, he was forced to split his time between the two sports as cross country wound down and basketball practice opened in October and November.

Now that schedule will likely force him to have diminished roles in basketball and track and field, he says.

Thompson and his wife, Molly, are also expecting their first child in January, just as the cross country season is hitting full throttle.

“It’s always a juggling act it seems when you’re having to balance multiple sports as a coach, but I wouldn’t do it if I didn’t love it,” Thompson said. “Hopefully everything works out where I at least have the option to contribute because I love being able to coach those sports. They’re so much fun.”

At Bakersfield High, girls golf and softball coach April Figueroa is hoping to keep her coaching conflict a family affair.

With the two sports running concurrently in the spring, April’s husband Chris is planning to take over the softball program. Chris, who doubles as a frosh-soph football coach, typically works as an assistant to his wife in softball.

April’s choice to lead the girls golf was also a family decision. Her daughters, junior Meah and freshman Kali are both planning to compete on the links for the Drillers.

“It is a difficult decision,” said April, who teaches PE and dance at BHS. “I have a love for golf. That’s like my No. 1 sport so that kind of helped make the decision, and being that my husband was coaching with me it was kind of easy to split up and not have to give up one or the other.”

Although April is at peace with her decision, she is more concerned with the choices some of the athletes will have to make. In addition to her daughter Meah, who also competes on the swim team, she knows other student-athletes may have to choose one sport over another.

“That was kind of my first thought, because I didn’t want to lose the players that I have. I am going to have 1 or 2 that may have to split time between another sport in the spring.”

Wearing multiple hats is nothing new to longtime Liberty coach Tony Mills, who is entering his 17th season as a coach at the school.

During that stretch, all but one year has been spent coaching two sports, including five years as the varsity football and baseball coach.

“That would be a very difficult play right now,” said Mills with a chuckle. “So I’m glad I’m just the baseball and girls golf coach right now. I would definitely have to have a lot of energy and there would be a lot of sleep-deprivation. I would not want to try to do that at all right now.”

Most recently, Mills has doubled as the girls golf coach during the fall and then shifts to baseball in the spring. But with both sports running at the same time this year, Mills know he won’t be able to do both.

“It’s something that hasn’t been worked out yet, but it’s just weird times right now and it probably wouldn’t be right for me to coach both sports at this time,” Mills said. “So it’s just something my athletic director and I are going to sit down and talk about. I’m leaning toward baseball because that’s kind of where my career path took me.”

While baseball might seem like the logical choice for Mills, who starred at Taft before playing and coaching at Wichita State, the decision won’t be an easy one.

“It’s going to be tough because I have some really good golfers that I like, and it’s going to be difficult not being able to be with them,” Mills said. “It’s really difficult because boys and girls golf season is going to be during baseball season. It’s just a sad deal because I enjoy coaching both sports, but it’s not humanly impossible. Hopefully, it’s just a one-year deal. We just have to play the cards we’re dealt right now and plan to the best of our ability.”

That is the color of the team's jersey- they normally play Black vs. Gold.