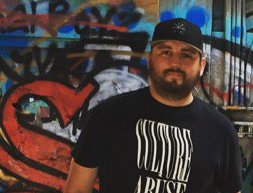 Chris Avis, shown in a photo from his Twitter account @cavistapes, died in a single-vehicle accident on Wednesday. 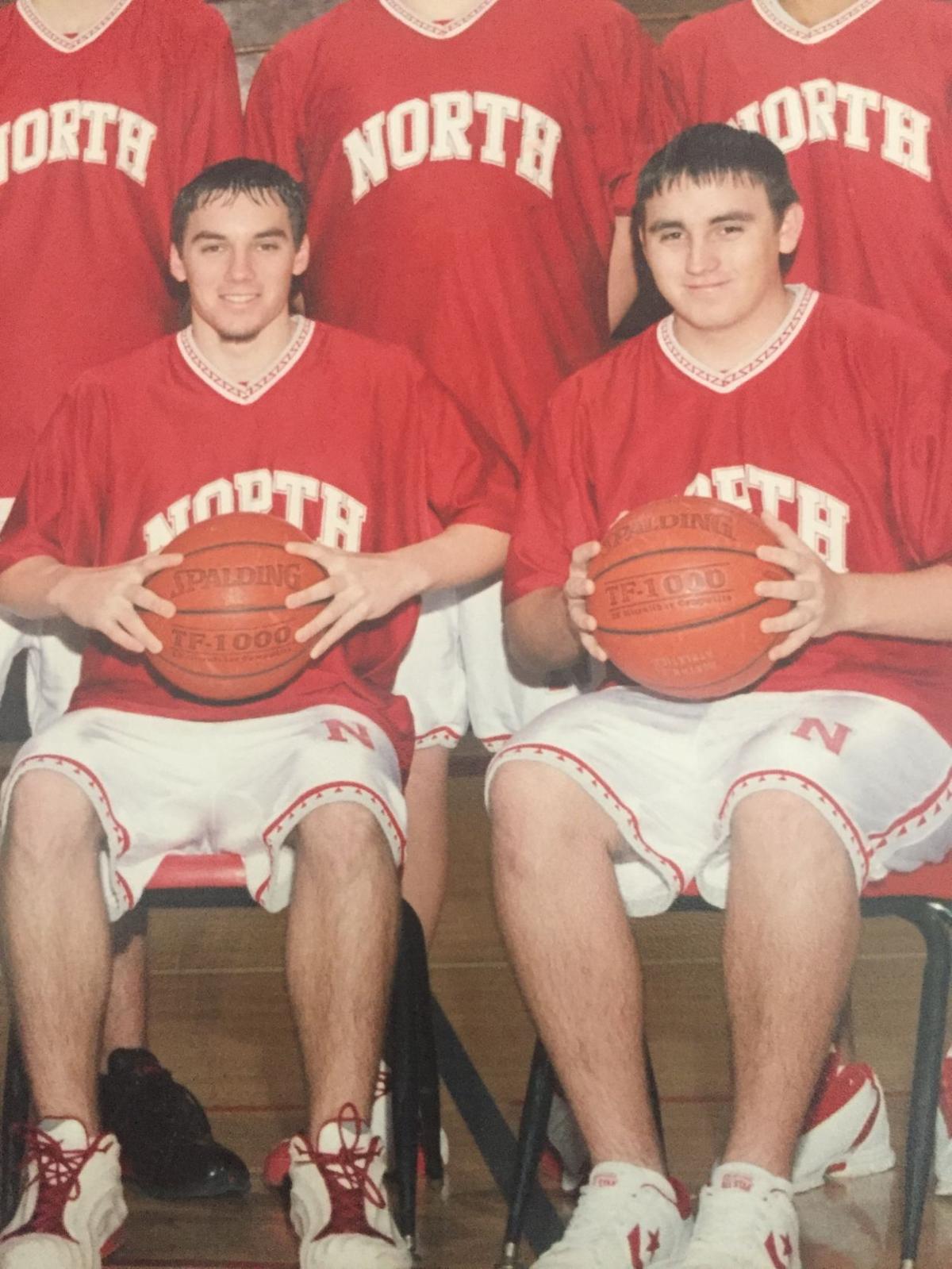 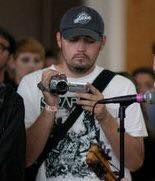 Chris Avis taping a band during a show in a photo from his Facebook page. 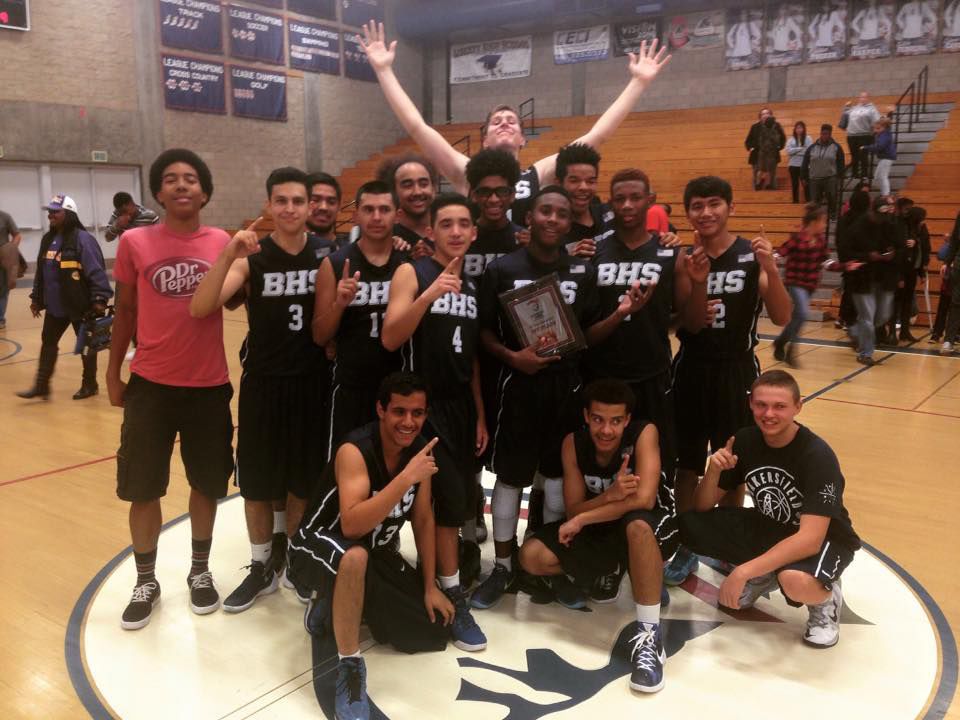 BHS JV team from 2015-16 celebrates winning the Liberty High Tournament. The team was coached by Chris Avis, not pictured. 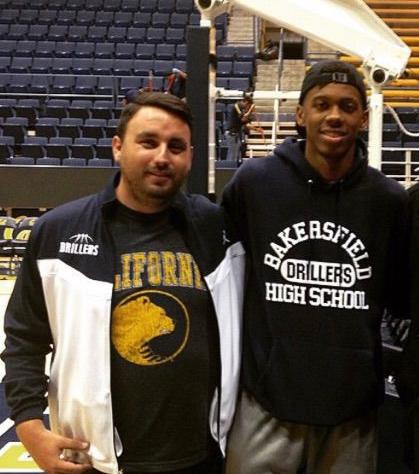 Chris Avis, shown in a photo from his Twitter account @cavistapes, died in a single-vehicle accident on Wednesday.

Chris Avis taping a band during a show in a photo from his Facebook page.

BHS JV team from 2015-16 celebrates winning the Liberty High Tournament. The team was coached by Chris Avis, not pictured.

There were three things that made Chris Avis go: basketball, music and his dog, Majerle.

“That’s him to the tee,” said David Avis, Chris’ twin brother. “That’s what he cared about the most. The dog was like a son.”

Chris Avis, the junior varsity basketball coach at Bakersfield High, was killed Wednesday morning in a single-vehicle rollover crash outside of Barstow, on Interstate 15 near Halloran Summit Road.

He was the passenger in a Ford E-150 van when the driver lost control at approximately 10:07 a.m., according to a CHP report. Avis was ejected during the accident and suffered fatal injuries. He was 31.

Alcohol was not believed to be a contributing factor in the accident; the CHP is still investigating.

Avis was not wearing his seatbelt, according to his brother. The other six passengers were treated at a local hospital with non-life-threatening injuries.

“He was a quiet, but really smart person,” David said. “He did anything you would ask. He knew a lot about history, music and basketball.”

Avis was a special education instructor at BHS and in his spare time he coached basketball and was a music video coordinator.

David said his brother was with the band en route to a concert in Utah when the accident occurred.

“It was the first concert of the summer,” David Avis said. “He was tagging along to record them. They were on their way to Utah from San Bernardino. They didn’t make it far.”

David and Chris graduated from North High in 2003. Both played varsity basketball for the Stars under Greg Burt, who’s now the coach at BHS.

David Avis knew his brother was meant for coaching.

“He loved coaching. He put so much free time into it,” David said. “You could tell growing up that he would be a coach. Mentally he was ahead. We all knew it was an easy transition for him.”

The last time the brothers saw each other was at the funeral of a high school friend a week ago.

They texted on Tuesday when Gordon Hayward announced his decision to leave the Utah Jazz for the Boston Celtics; Chris was a fan of the Jazz because of Hall of Famers Karl Malone and John Stockton.

Since Chris’ death, David said the outpouring of support for his brother from both his music and basketball circles has been “overwhelming.”

A fellow music videographer who goes by the Instagram name “hate5six” made a post Thursday with memories of Chris Avis.

“We mutually admired the obscure bands the other film, knowing that no one else would watch those videos” the post read. “I loved Chris’ ingenuity and creativity when it came to recording shows.”

That Instagram post also mentioned that Chris was traveling with the band, “I’m Glad It’s You” on Wednesday, though David said he couldn’t confirm that. The band’s Facebook page had a show scheduled for Salt Lake City on Wednesday night.

Current and former players at BHS took to social media to remember him.

BHS senior Caden Ochoa said “RIP to a real one Coach Avis! You will be missed my guy you’ll always be in our heart.”

A GoFundMe.com fundraiser for Avis’ memorial service was set up Thursday afternoon. Half of the $5,000 goal was met within an hour.

“It’s nice knowing how many people cared about him and how they have all offered to help,” David said.

The service is planned for 2 p.m. July 17 at Hillcrest Memorial Park.