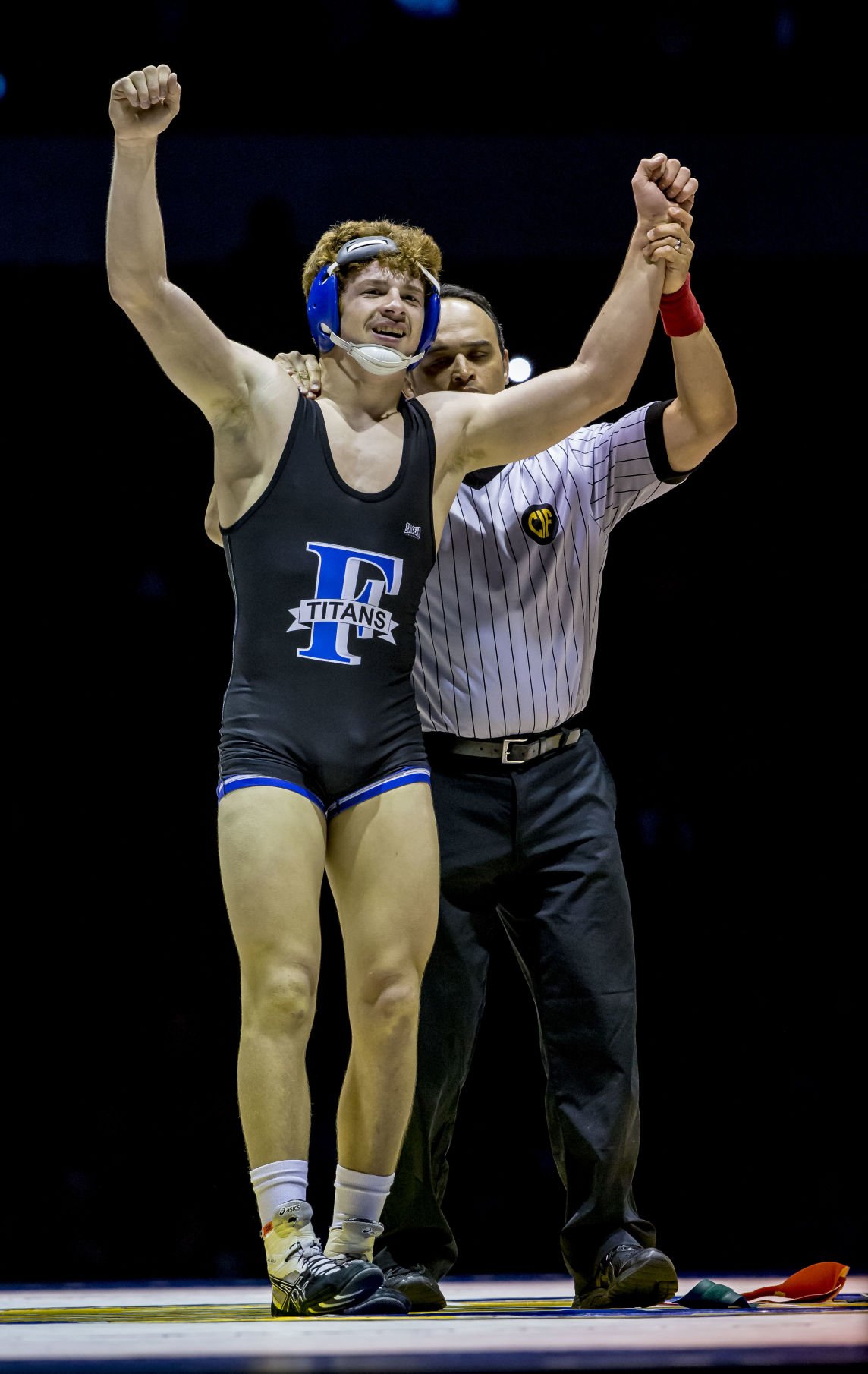 Frontier's Trent Tracy celebrates his victory over Oakdale's Gabe Martinez in the 170-pound finals match during the CIF State Wrestling Championships last March at Rabobank Arena. Tracy is the favorite as the No. 1 seed at 182 pounds in the state championships this weekend. 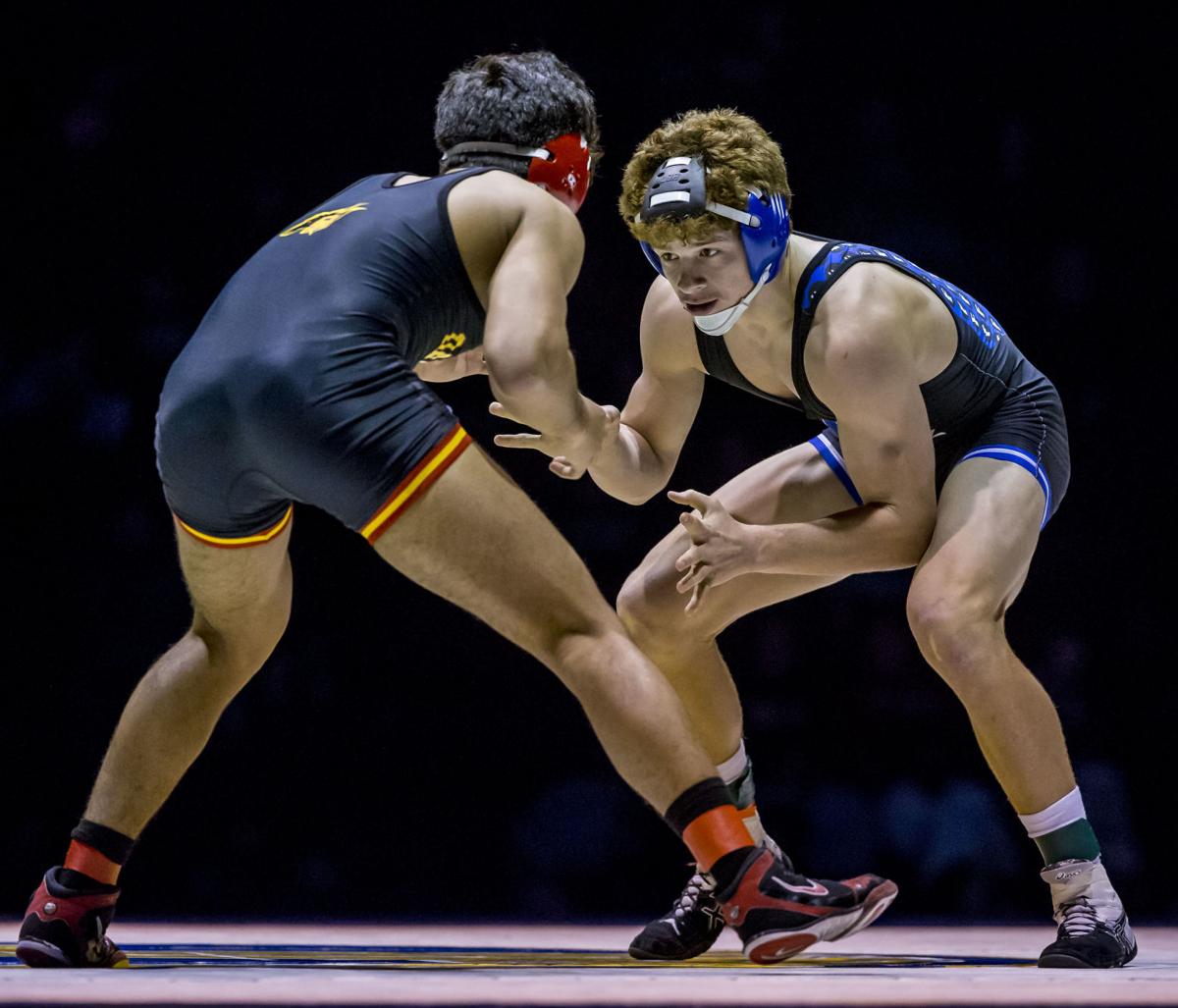 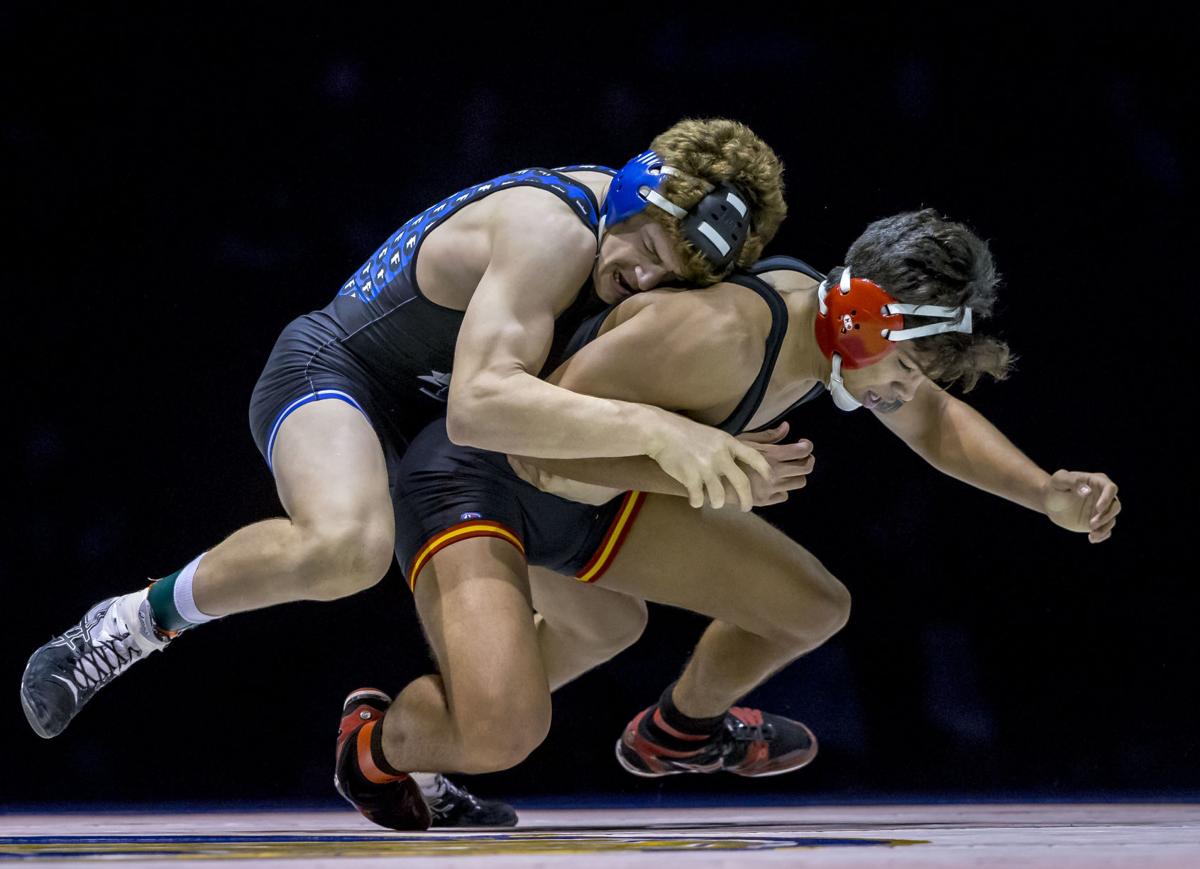 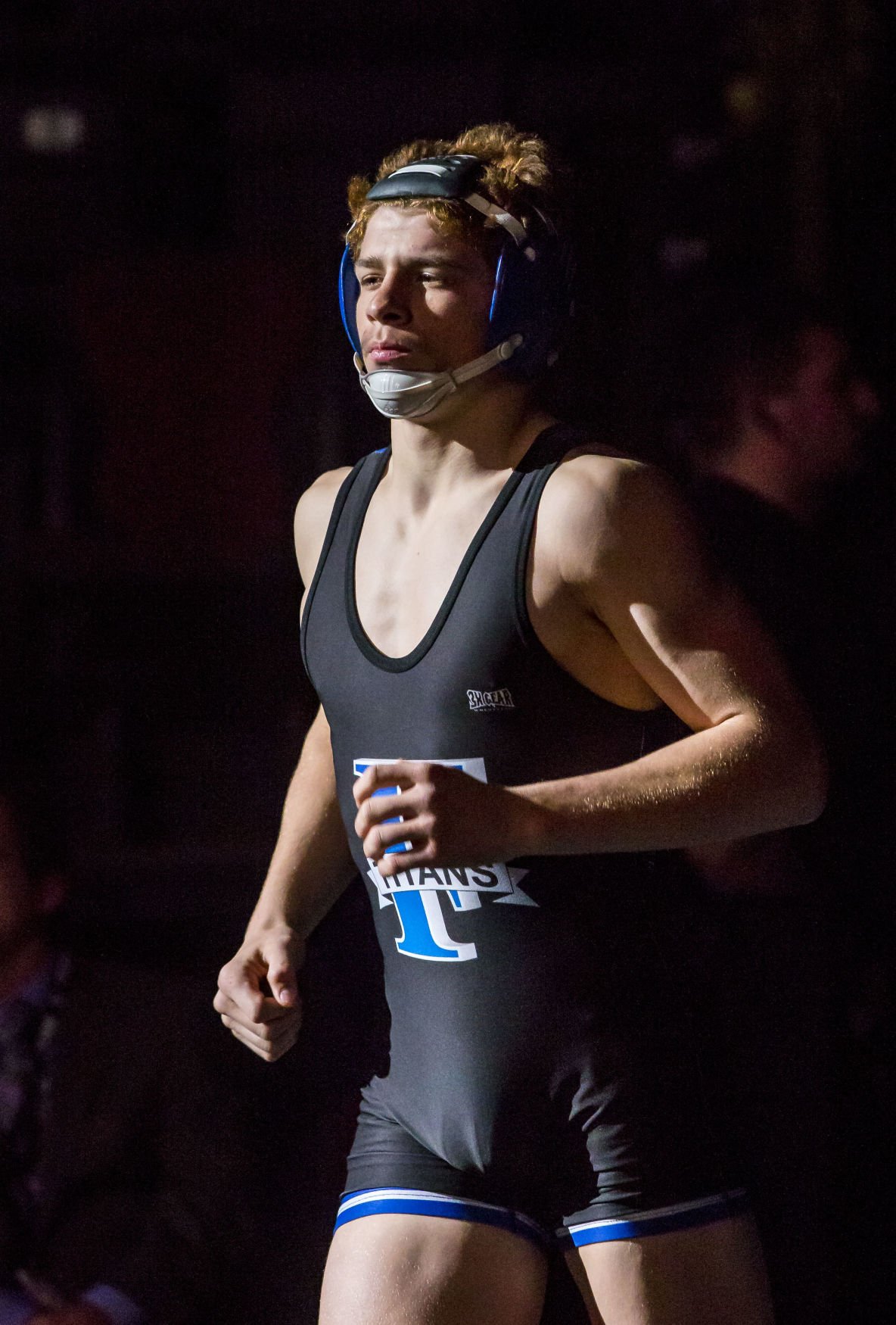 Frontier's Trent Tracy won the 170-pound state title last season. He returns this year as a favorite at 182.

Frontier's Trent Tracy celebrates his victory over Oakdale's Gabe Martinez in the 170-pound finals match during the CIF State Wrestling Championships last March at Rabobank Arena. Tracy is the favorite as the No. 1 seed at 182 pounds in the state championships this weekend.

Frontier's Trent Tracy won the 170-pound state title last season. He returns this year as a favorite at 182.

It’s hard to find Trent Tracy without a smile on his face.

So when he was finally able to stand in front of thousands of fans, friends, family members and teammates, it was time to celebrate.

It’s the first championship for Tracy, and first title in the history of Frontier wrestling.

“It’s huge. This is the tournament you want to win,” Tracy said. “I came out here not expected to win and I just stuck to it and I got to be victorious.”

Carlo Franciotti took over the Frontier program this year. He's just the second head coach in the history of Titans wrestling, after Kirk Moore stepped away prior to this season to spend more time with the school's junior program.

After the finals, Franciotti was quick to congratulate the Titans' first state champion, and his predecessor.

“I don’t know if it’s totally sunk in,” Franciotti said. “I am really proud of Trent. The first thing that comes to my mind is I have to give a lot of credit to coach Moore who laid the foundation and brought these kids through the junior program. I am just so happy for Trent. He’s an amazing guy and has worked so hard and deserves it.”

Tracy came into the state tournament seeded No. 3, which also happened to be the same seed he had at the Central Section Masters tournament last week. Entering states, he was slated behind No. 1 Christian Rodriguez of Selma and No. 2 Mark Cardwell of Porterville-Monache.

Rodriguez was upset in the round of 16, however, leaving the winner of the Cardwell-Tracy semifinals matchup to be the favorite in the 170 finals.

Tracy eased into the finals with a 7-0 semifinal win over Cardwell and had about eight hours to think about the moment ahead.

“I stayed calm and got those butterflies out,” Tracy said. “You don’t want to go out there all spazzy and weird. So I went out there calm.”

Tracy said once the drapes were drawn and he saw the crowd and stage light up, it hit him.

“I was real amped up thinking, ‘This is it,’” Tracy said. “It was real nerve wracking to see all the people.”

Tracy scored a quick takedown, got a nearfall and in a blink, led Martinez 8-0. His mind then went to what everyone else in the building was thinking.

“After the first period when I got up I was thinking the only way I was going to lose this match was if I was going to get caught on my back,” Tracy said. “But I won’t let that happen.”

The path to state gold took time for Tracy after starting his freshman year at 126 pounds.

Tracy said that the other wrestlers all seemed like “jackrabbits bouncing around." He moved up to 145 last year, made it to state, but was eliminated before qualifying for the medal round.

He continued to pack on the muscle and weight more indicative to his wrestling style and body type.

“I am more of a strength guy,” Tracy said. “Moving up in weights I see more success … I am like a rock. Now I am wrestling guys more my style and can be dominant.”

And that’s what he did en route to being the third state finalists for Frontier, after Jaden Abas in 2016 and Elijah Ozuna last year, to finally find the top of the podium.

Tracy was on the bottom after Martinez grabbed a late takedown. With the weight on top, Tracy was ready to celebrate the moment right when the final whistle blew.

Added Franciotti: “We’ve been through some ups and downs this year and so this just means a lot. It means a lot to the program and all the families involved. We are no different than any other team, but as you can imagine, they sacrifice a tremendous amount of time, money and effort. It’s a lot of work. It feels great.”