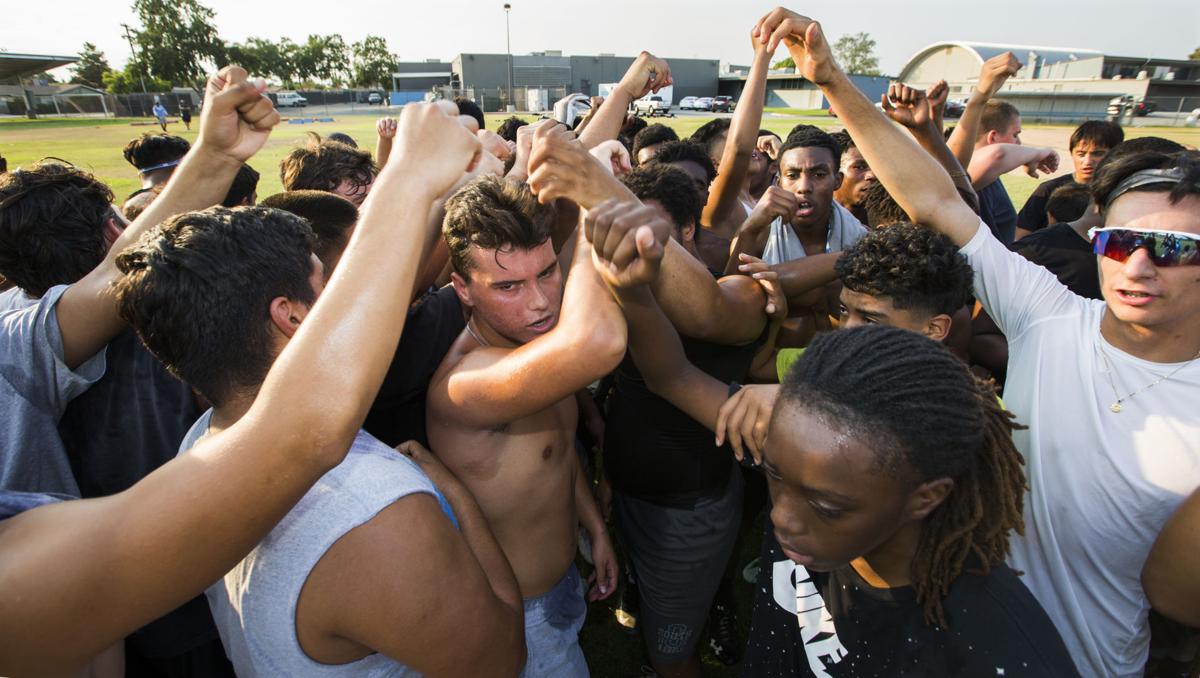 All the Rebel teams practiced together in preseason conditioning. 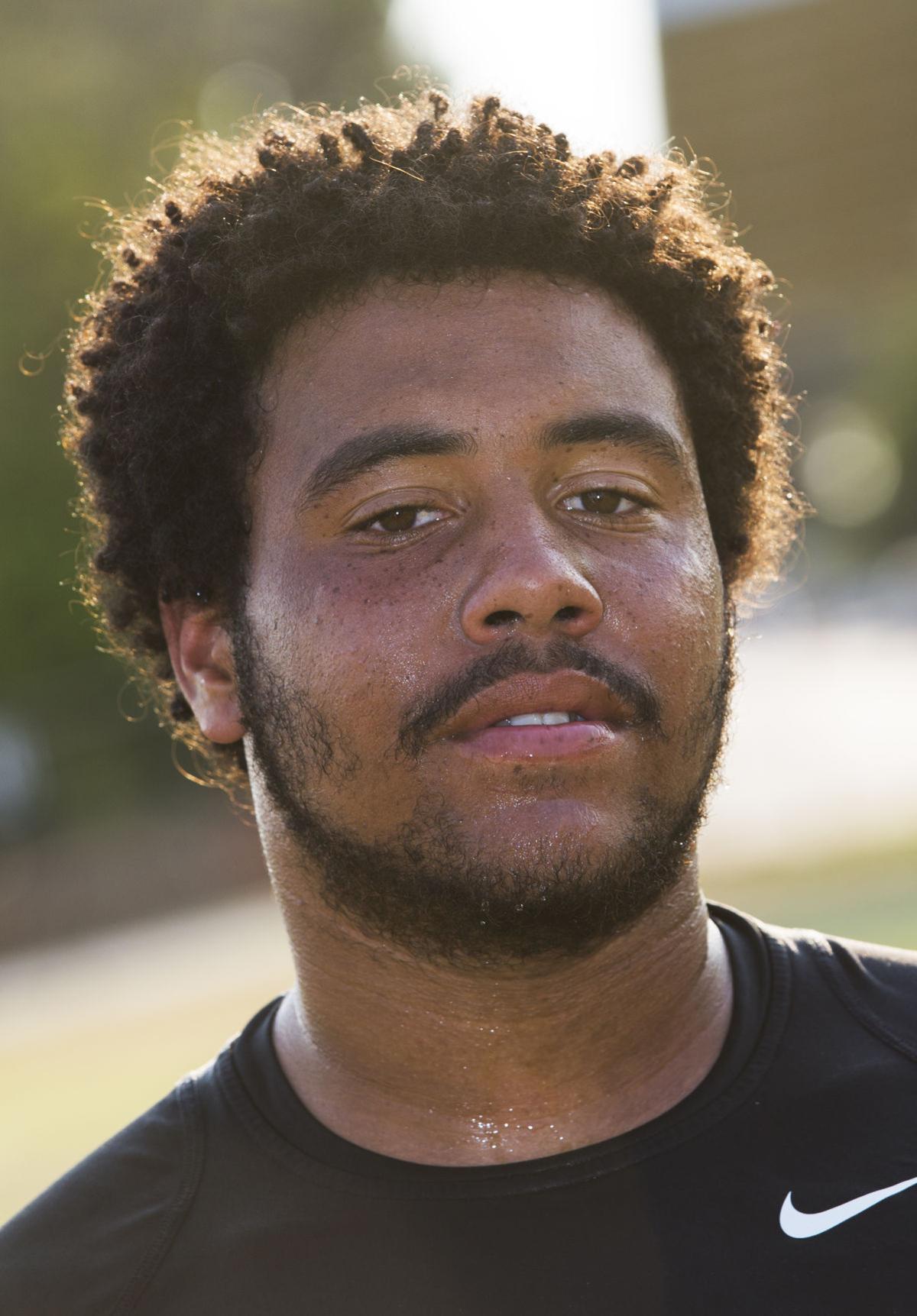 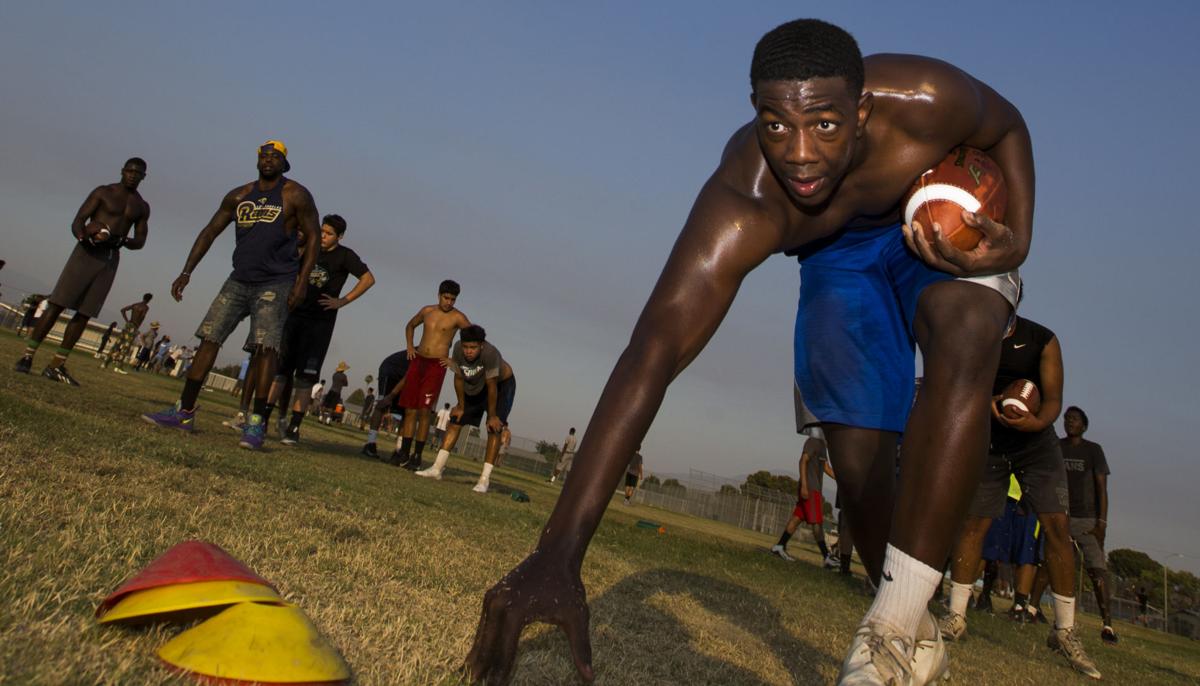 Daniel Lomax down low at the Rebel practice. 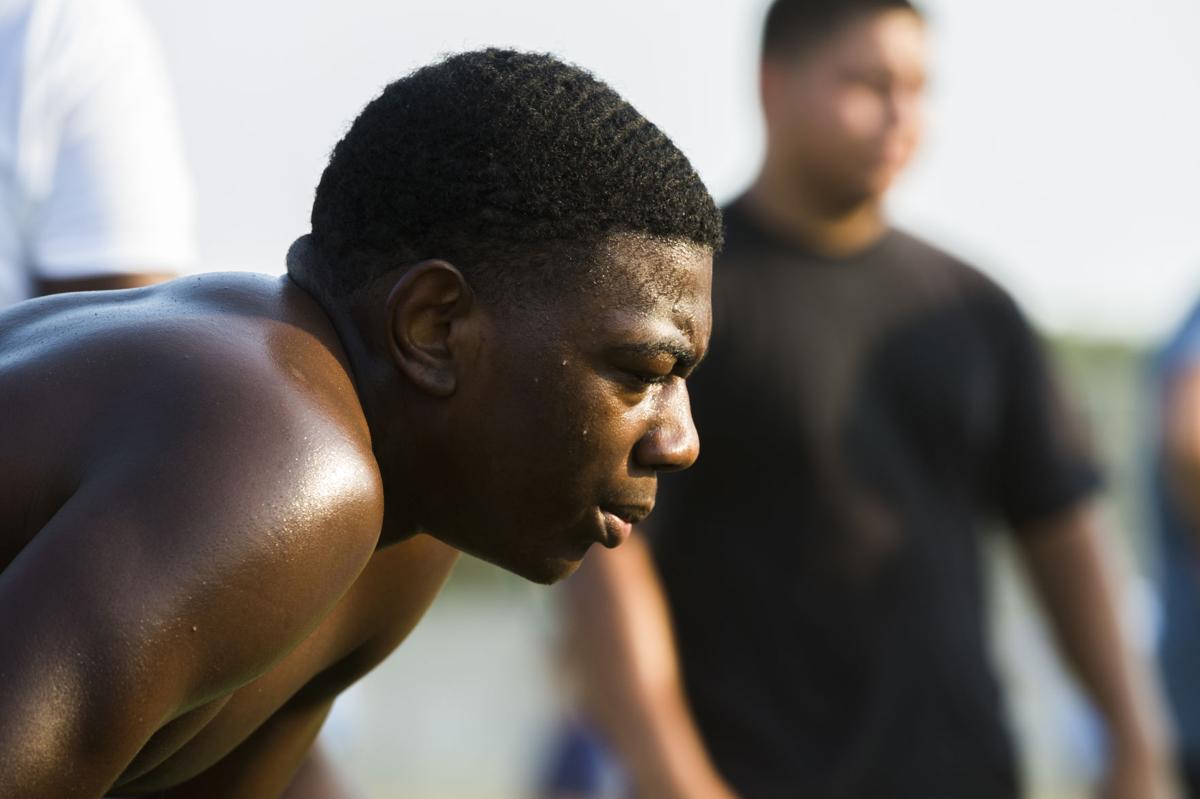 Daniel Lomax catches his breath on a hot evening at Rebel football practice. 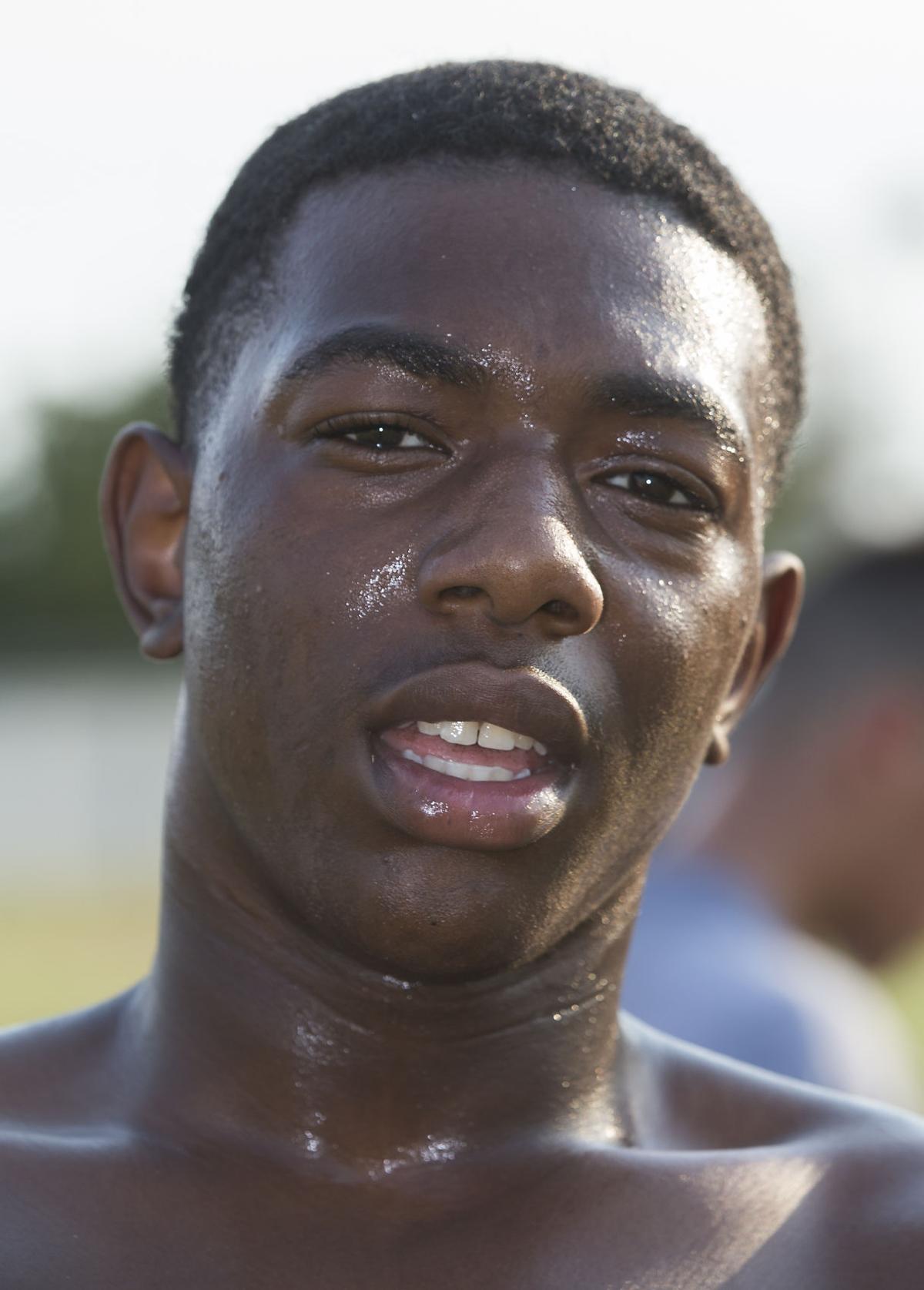 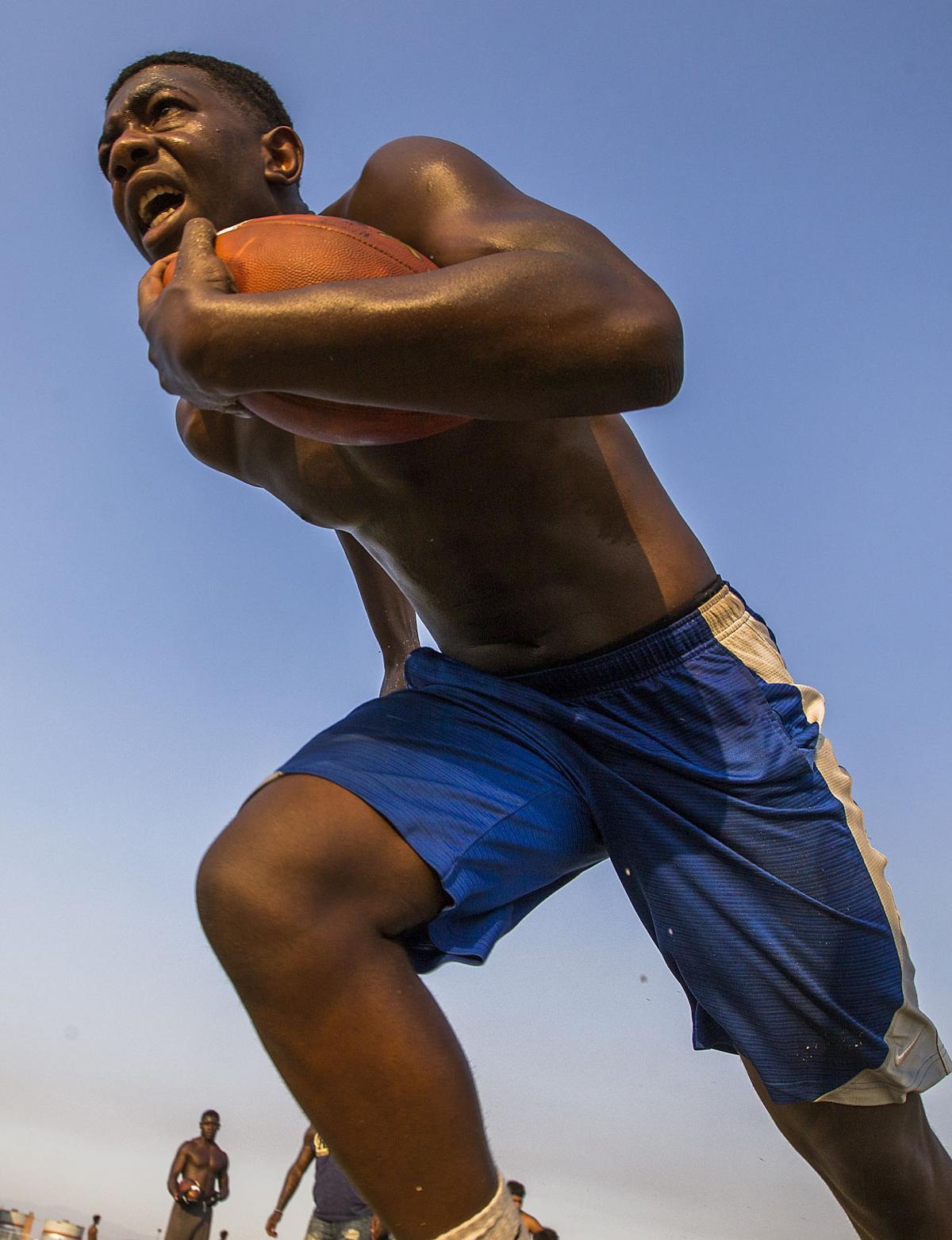 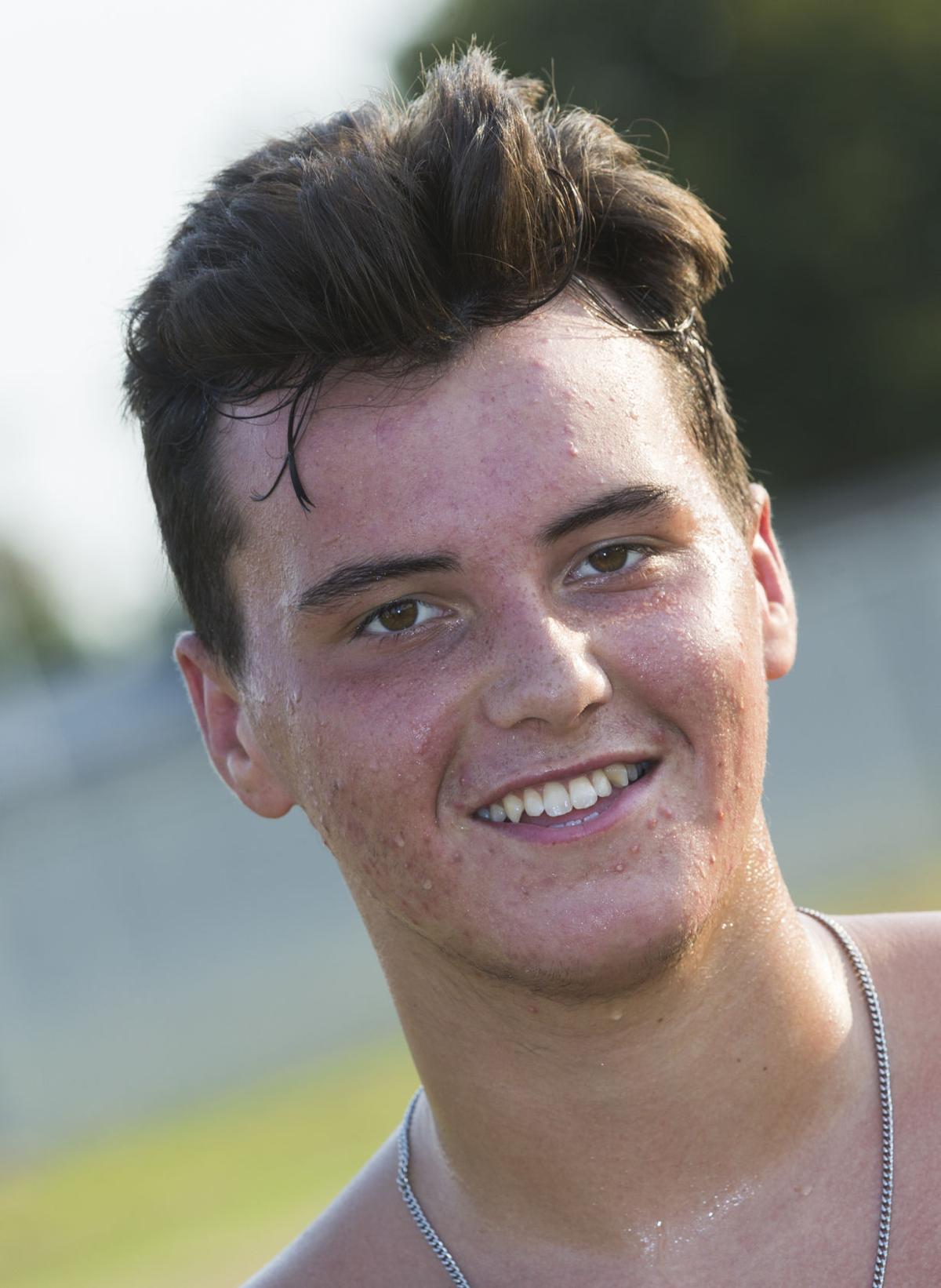 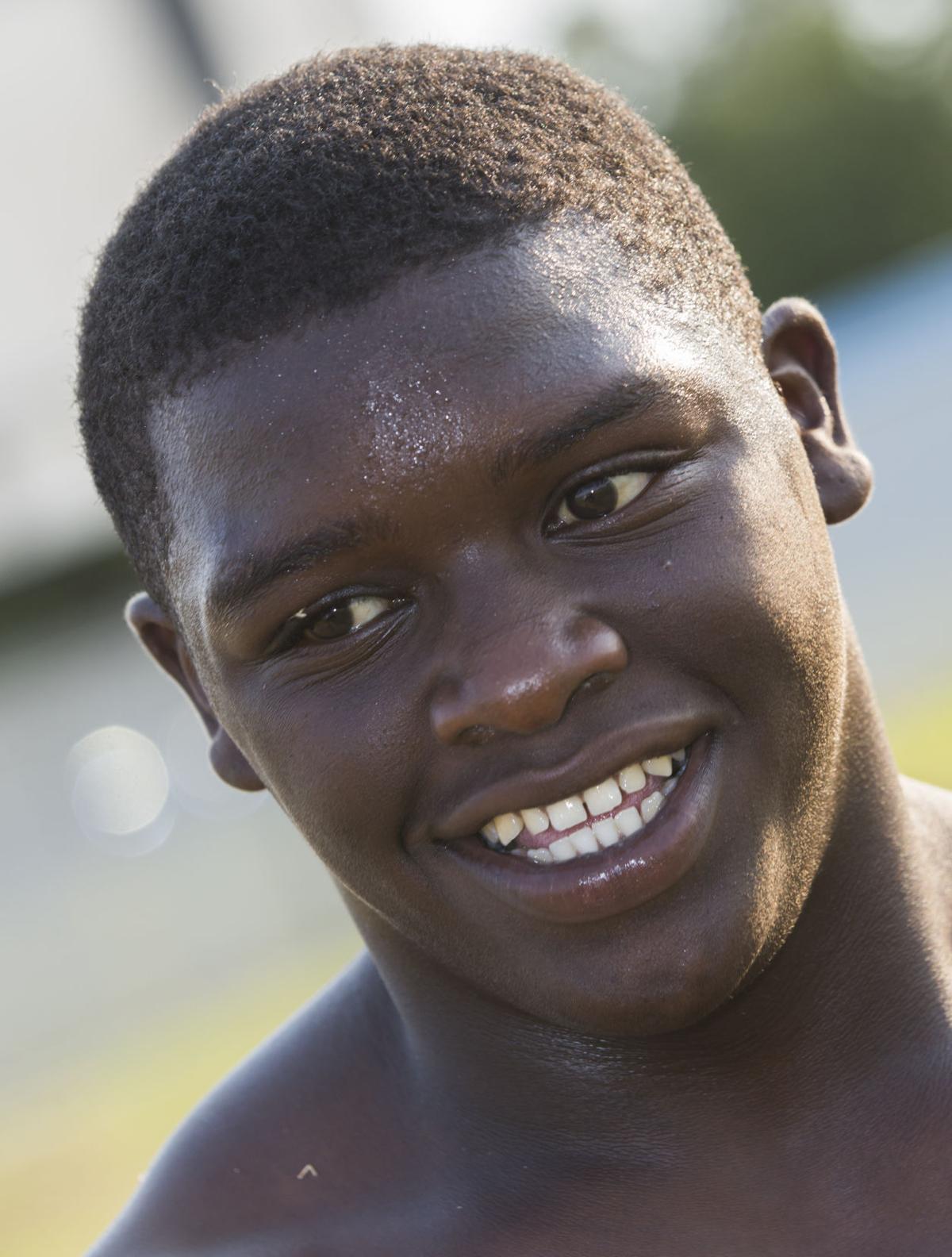 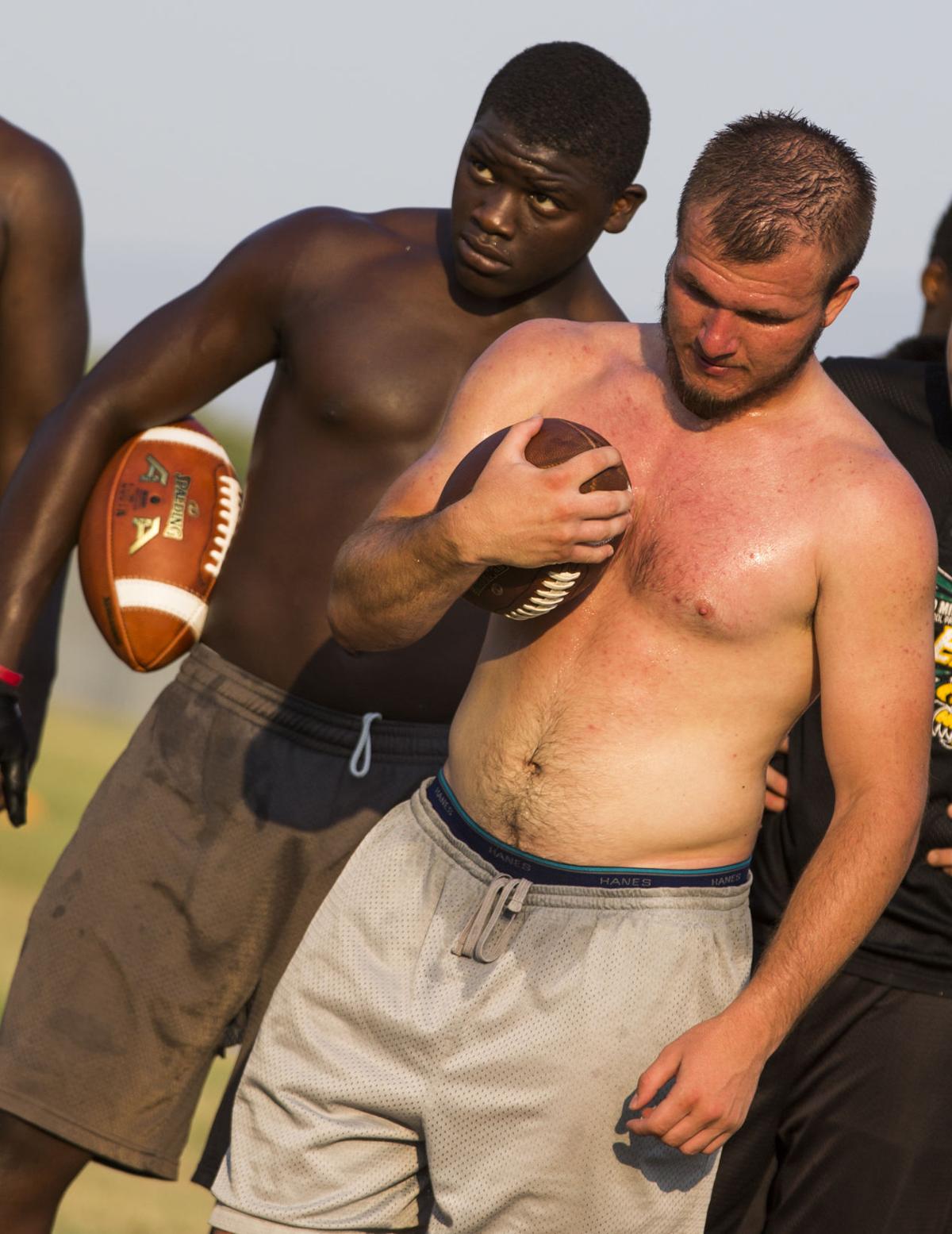 Clutching footballs as they await instructions are South's Joe Jones(left) and Ryan Harlan. 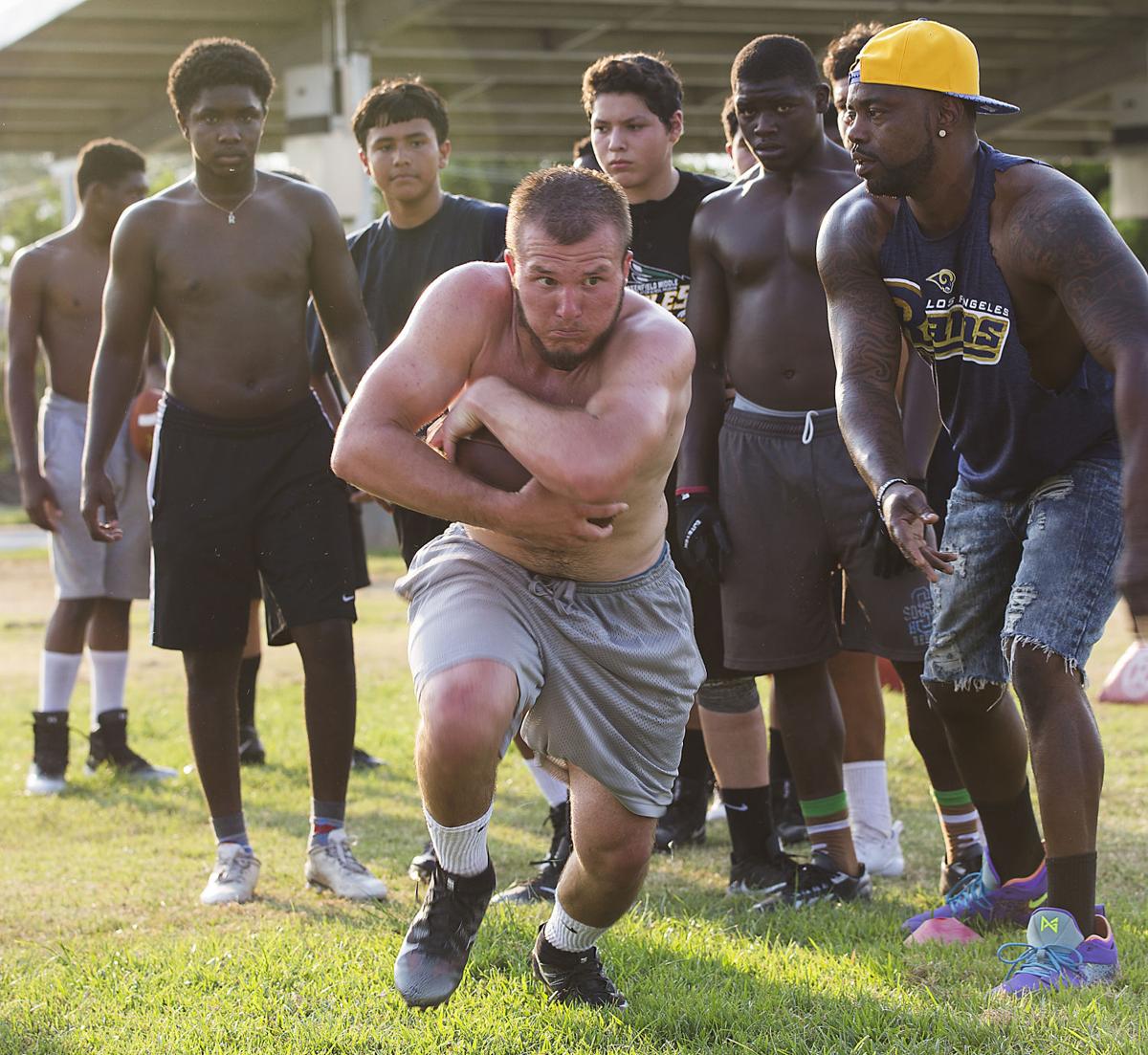 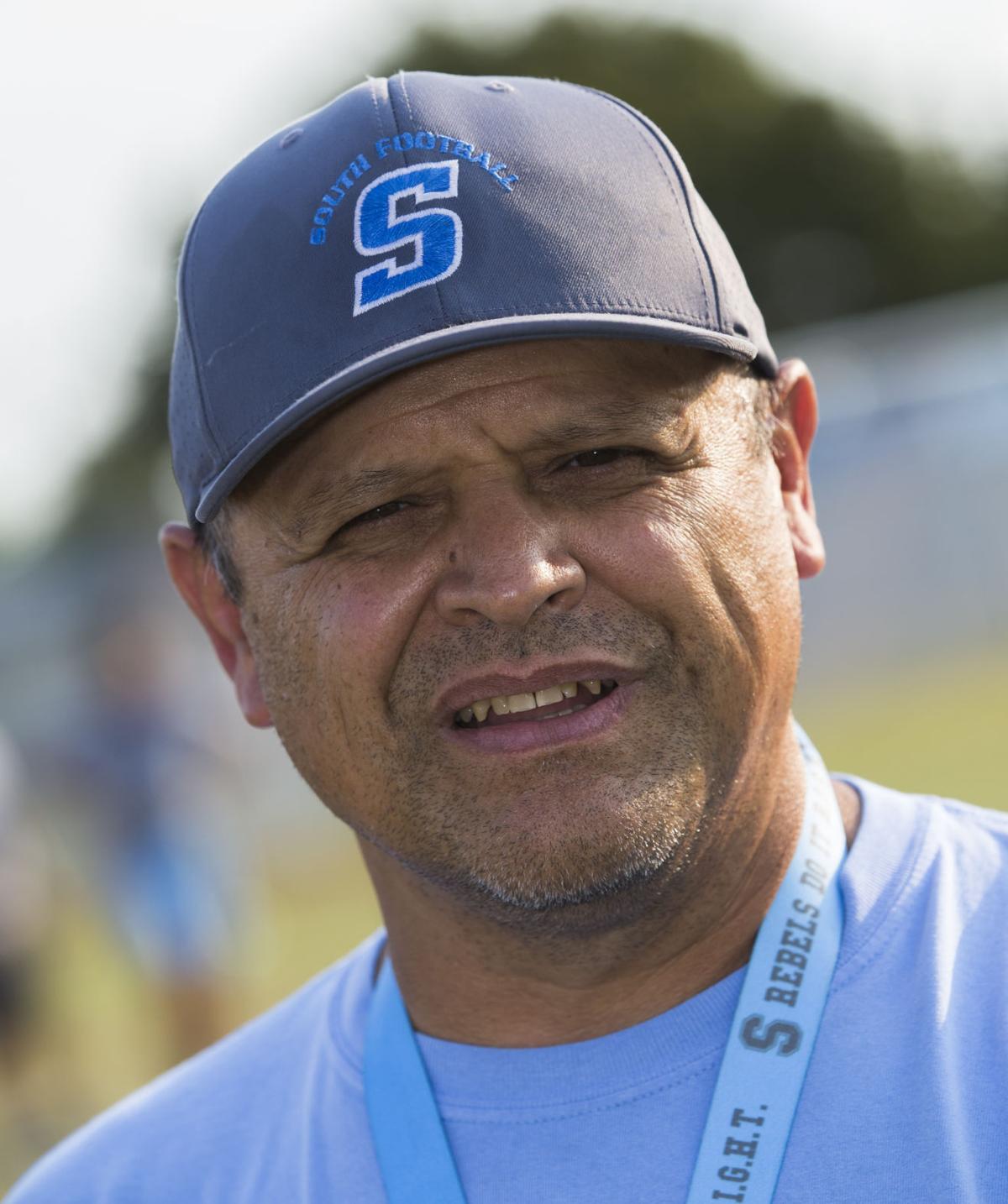 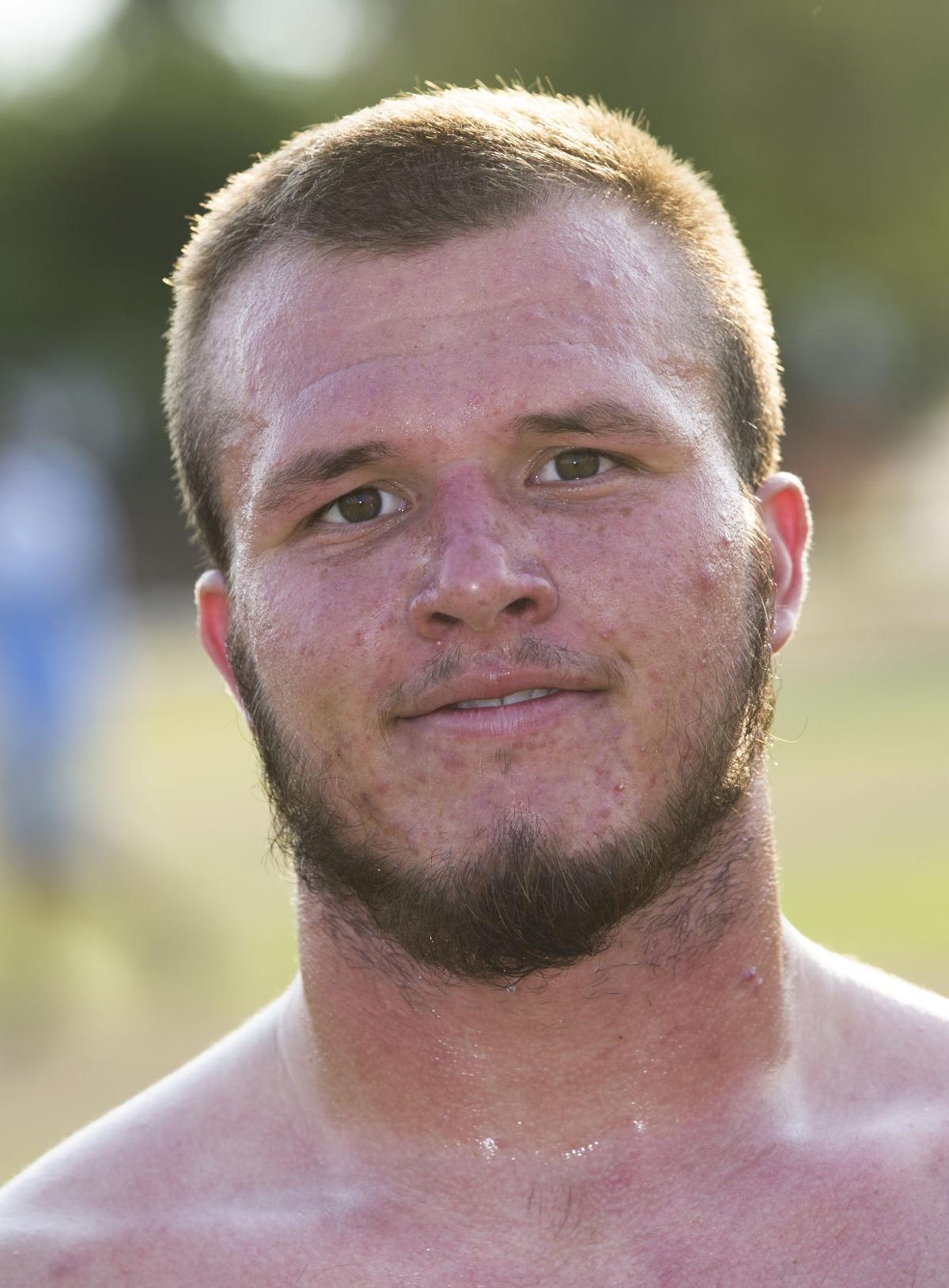 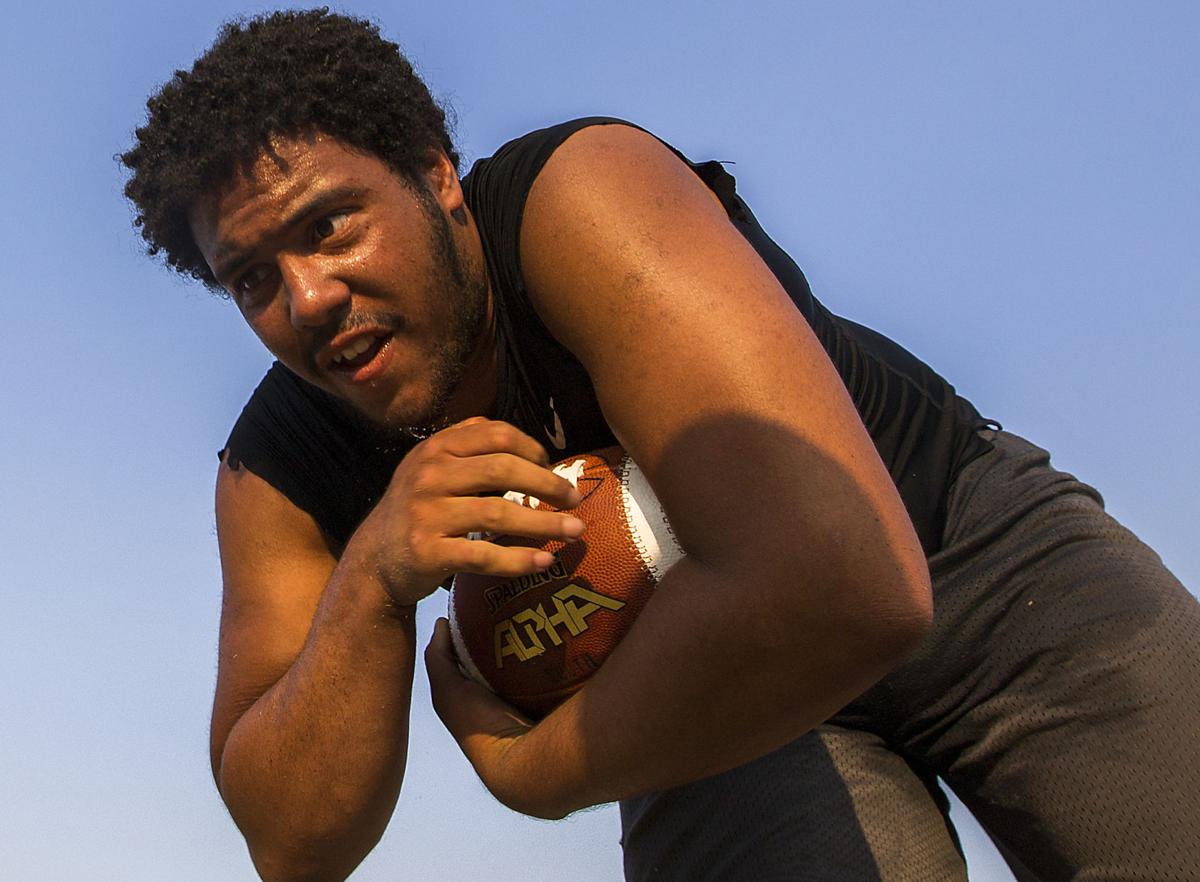 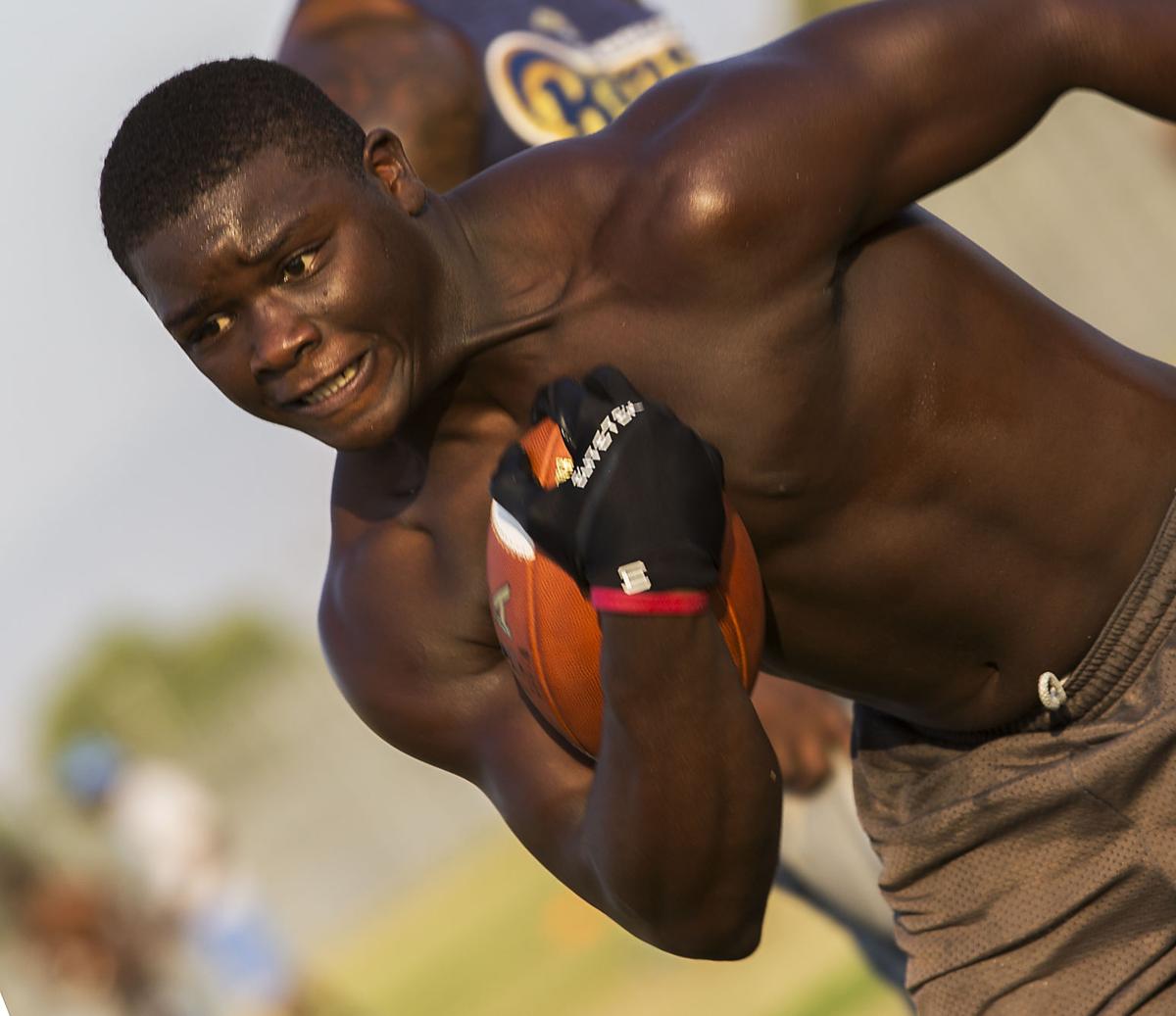 South's Joe Jones and the rest of the Rebels putting in work on the first week of practice. 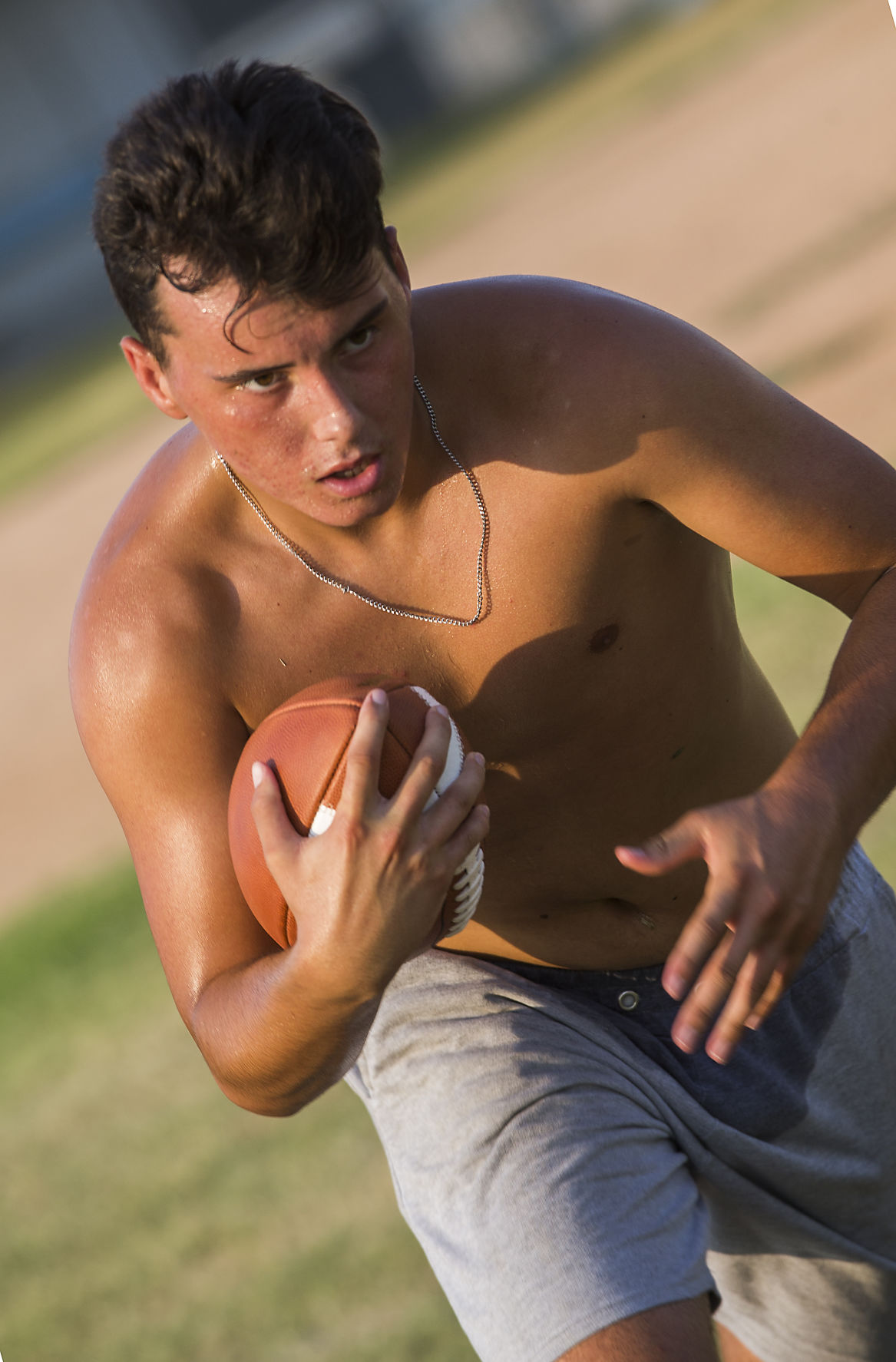 All the Rebel teams practiced together in preseason conditioning.

Daniel Lomax down low at the Rebel practice.

Daniel Lomax catches his breath on a hot evening at Rebel football practice.

Clutching footballs as they await instructions are South's Joe Jones(left) and Ryan Harlan.

South's Joe Jones and the rest of the Rebels putting in work on the first week of practice.

Bryson Aguirre, senior, QB - Strong, accurate passer. Has developed into a dual-threat. Strong knowledge of the offense. Experienced and confident leader who is cool under pressure. Had a 13-6 touchdown-to-interception ratio last year.

Demetrius Acevedo, senior, MLB/RB - Invaluable as a team leader. The heart and soul of the Rebels.

With most of its starters back on both sides of the ball, South will field a team this year that has a lot of experience playing together. That familiarity has helped the Rebels develop into a cohesive squad and gives coach Cary Mills optimism that South can win another South Yosemite League Championship.

“We have really good team chemistry,” Mills said. “I’m just excited to see these guys play together because they seem to really like one another and they’re hard working kids.”

The Rebels have won three SEYL titles outright and a share of two others during Mills' five-year tenure as head coach. During that span South has posted an impressive 18-2 league record.

The Rebels cause will be helped greatly by the return starting quarterback Bryson Aguirre, who passed 1,147 yards and 13 touchdowns, the entire starting offensive line, and a solid contingent of defensive players including Ryan Harlan, Demetrius Acevedo, and Joe Jones. Aguirre will serve as the trigger man for an offense that averaged 23.8 points per game a year ago. Mills thinks Aguirre is primed to help make the Rebels offense even more potent this year.

“He’s faster; he’s smarter; he’s developed into a better leader; and he’s a better thrower,” Mills said of Aguirre. “He’s improved in all areas. He’s doing more than what we’re asking of him or expect of him. He’s doing it all.”

Despite Aguirre’s improvement, he won’t be asked do all the heavy-lifting due to South’s share the load mentality.

“We’re very team-oriented this year,” Mills said. “…I like the way they work as a team much better than last year. This group of kids understands how to play together.”

Despite having so many starters back, South graduated several of its top playmakers from last season.

The Rebels lost their leading rusher and touchdown scorer Dorian Mitchell (759 yards, six TDs) plus their two most prolific receivers. South’s roster has been littered with speedy game-breakers every year since Mills took over the program in 2013.

This season the Rebels won’t have their usual arsenal of breakaway threats capable of scoring from anywhere at any time.

“We’re not as athletically talented as we’ve been in years past,” Mills said. “This year there’s going be maybe three or four guys that have 600 yards rushing.”

Though it probably won’t be nearly as explosive as in recent years, South is still plenty talented enough to win the SEYL championship and make a deep run in the Division III playoffs. The once downtrodden Rebels (26-61 record from 2004-2011) have evolved into one of the most successful teams in Kern County. Since 2013 the Rebels have won 74-percent (37-13) of their regular season games.

The postseason has been a slightly different story. South is 3-5 in the playoffs over the past five years. Last season they lost in the first round of the D-III playoffs after four straight years of getting knocked out in the quarterfinals. Mills is hoping this year will be different.

“This team has the personality to be good,” Mills said. “They work hard, and they don’t complain…Our expectations are to be league champs…I want to be in the Valley finals. That’s been my goal every year. We’ve gotten close, but we always seem to lose in that second round. I want to get that chip off my back.”

The Rebels putting in the work as they prepare for the 2018 season!