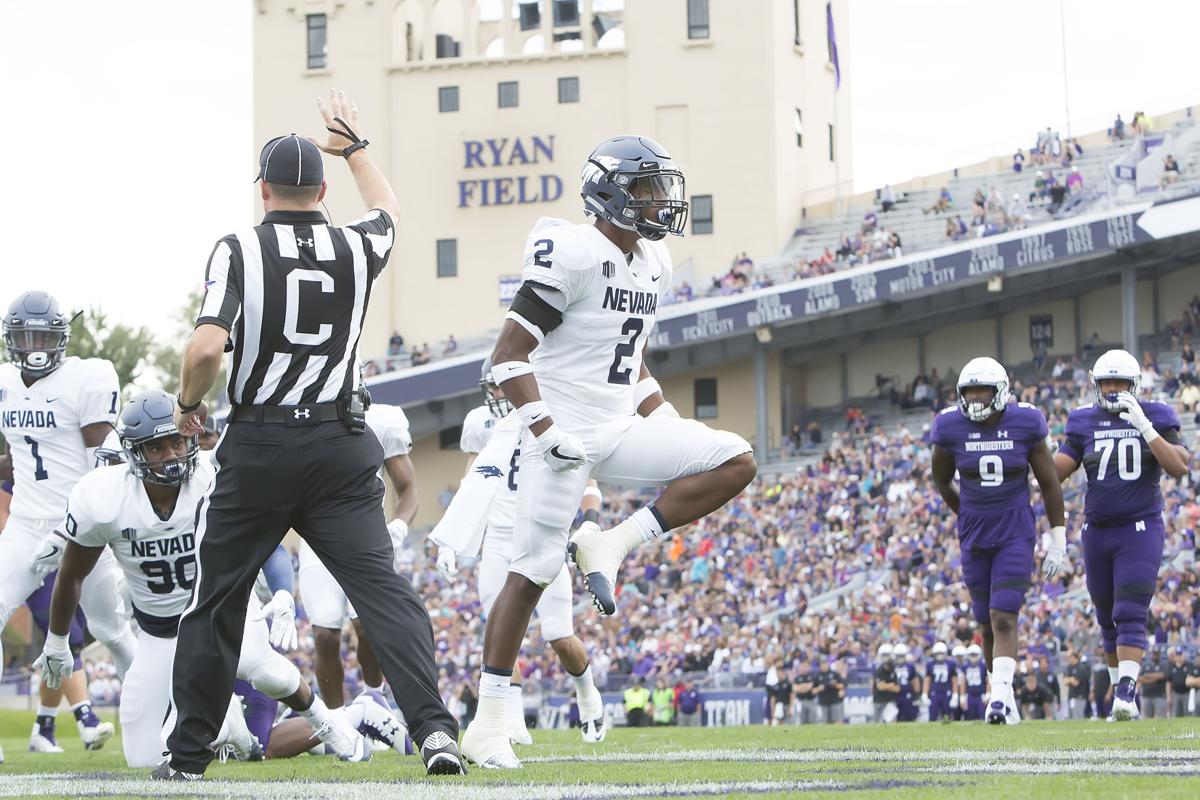 Bakersfield native Asauni Rufus celebrates a tackle at the University of Nevada in 2018. After briefly serving as a graduate assistant at his Alma Mater, Rufus is now a special teams assistant at Notre Dame. 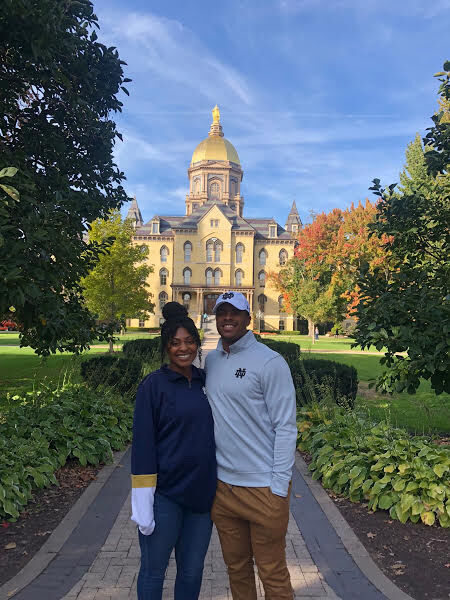 Asauni Rufus poses for a photo with fiance Whitney Strong at the University of Notre Dame. Rufus, a former football star at Bakersfield High School, is currently in his second year as a special team's assistant at the decorated football school in South Bend, Ind.

Bakersfield native Asauni Rufus celebrates a tackle at the University of Nevada in 2018. After briefly serving as a graduate assistant at his Alma Mater, Rufus is now a special teams assistant at Notre Dame.

Asauni Rufus poses for a photo with fiance Whitney Strong at the University of Notre Dame. Rufus, a former football star at Bakersfield High School, is currently in his second year as a special team's assistant at the decorated football school in South Bend, Ind.

Week two of the 2016 college football season almost felt like a dream to Asauni Rufus.

Then a sophomore defensive back at Nevada, Rufus, a two-way prep star who helped lead Bakersfield High School to a 2013 state title, was awestruck as he and his teammates ran out from the tunnel and onto the field for a game at Notre Dame Stadium, one of the most prestigious sites in all of football.

"It was very surreal," said Rufus, who recorded seven tackles in a 39-10 Wolf Pack loss. "It's the holy grail of college football and everybody dreams of playing there one day. That was just an overwhelming experience."

Fast forward three years, and the surreal factor had only increased.

After wrapping up his playing career, Rufus jumped right into coaching, landing a graduate assistant position with his alma mater in 2019. This stay would be short-lived.

After the regular season opened, Rufus got a call from Brian Polian, who'd recruited him to Reno when he was Nevada's head coach.

Now the special teams coordinator at Notre Dame, Polian was in a pinch after one of his assistants left the program. Needing to quickly fill the vacancy, he reached out to Rufus, who in one whirlwind week, became the youngest member of the Irish coaching staff at age 23.

Just nine months removed from playing his final collegiate game, Rufus was back at Notre Dame Stadium for another week two game, this time roaming the home sideline as the Irish dismantled New Mexico 66-14.

Now entering his second season with the program, Rufus says it still seems a bit unreal that he was able to secure a coaching spot with such a decorated program so quickly.

"I never really imagined this happening," he said. "It definitely caught me by surprise. I'm very blessed and just trying to make the most of my opportunity."

Even if the timing was a bit accelerated, those who oversaw Rufus' development as a player say it isn't the least bit surprising to see him making immediate waves in the coaching ranks.

Paul Golla, who coached Rufus at BHS, says he's a natural who was already displaying coaching traits while in high school.

"If we started practice at 7, he would make sure people were there at 6:45," Golla said. "Right away, his characteristics of leadership were some of the best I've ever been around."

Having missed all of last preseason, Rufus admits there was a steep learning curve arriving in South Bend after the season had already started. But now, he says he feels more comfortable showing off his leadership characteristics at the team facility.

“Last year, coming in in the middle of the season, it was really mainly about getting to know the system, how it works, what’s expected of me and trying to learn the player’s names," he said. "But now, I know all the guys, the guys know me. They know what to expect from me and I have more of a voice just because the guys do know me, the coaches know me and know what to expect from me.”

With a better understanding of what to expect from him, Irish coaches have given Rufus additional responsibilities entering year two. He's taken on a bigger role on the recruiting trail and has also done extensive work with defensive coaches during fall camp.

What remains to be seen is if these efforts will pay off on the field this fall.

While Notre Dame is still scheduled to begin its regular season at home against Duke on Sept. 12, the Irish recently had to cancel three days of practice after five players tested positive for COVID-19.

Even if there is no season this fall, those who know Rufus say such delays will do little to halt his ascent through the college ranks.

"He's a shooting star," Golla said. "When he decided to be a coach I had a huge smile on my face. He has so much to offer to the future young men who are going to play for him."

As for what his future holds, Rufus says it's too early to map out a specific plan. Feeling lucky to hold such a coveted position, he's solely focused on justifying the Notre Dame coaching staff's faith in him.

“I don’t necessarily have a set goal right now," he said. "I’m not trying to look too far ahead. One day, one of those larger titles may cross my mind, but now I’m just trying to handle this season as it comes.

"There’s a lot on my plate right now. I’m just trying to prove myself worthy of this position I’ve been given.”

Don't be jealous dweeb. God loves you too, but you keep choosing China.

Well Done MISTER Rufus. My compliments. The Haterz will never do much get a whiff of Norte Dame. Massive accomplishment. Do not let ignorant rants dampen your spirit. It’s just their sick nature.