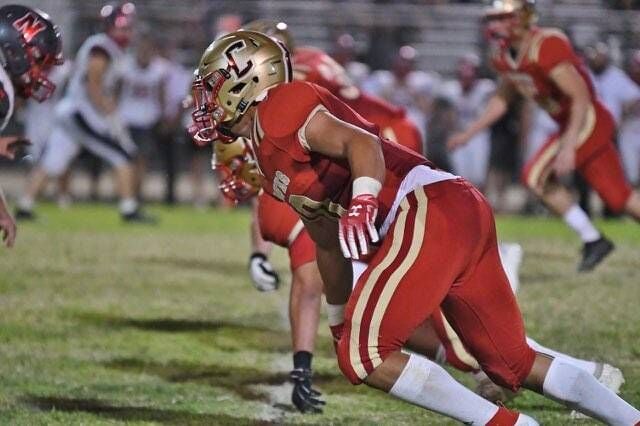 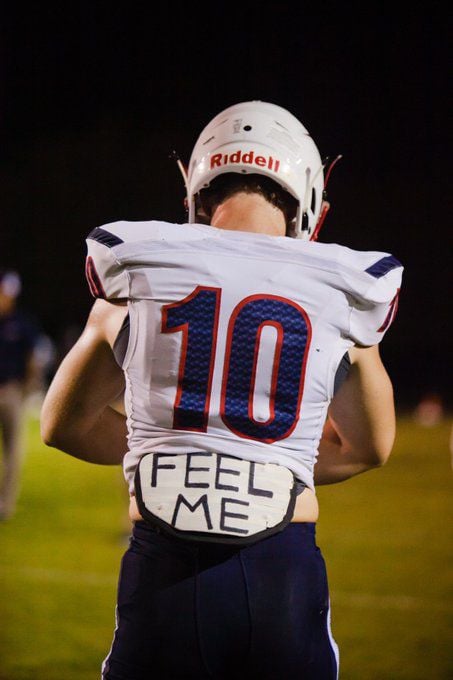 Liberty linebacker Brady Anderson, seen here in 2019, is one of thousands of local athletes desperate to return to action in the fall of 2020. A tweet Anderson sent out last week reading "Please don’t cancel football" was shared more than 1,000 times.

Liberty linebacker Brady Anderson, seen here in 2019, is one of thousands of local athletes desperate to return to action in the fall of 2020. A tweet Anderson sent out last week reading "Please don’t cancel football" was shared more than 1,000 times.

With another athletic cycle on the verge of slipping away, local athletes have taken to social media, desperately trying to salvage a fall season.

Last Friday, Eoghan Kerry, a junior defensive lineman on the Centennial football team, posted a video entitled "Let Us Play" to Twitter, in which he made an impassioned plea for public support as he and his teammates attempt a return to action.

"Sports play a large role in many student's lives," he said in the video. "It keeps us active, it helps us maintain our friendships, make new friendships. And for some of us, it pays for college."

The two-minute clip was also accompanied by a link to a change.org petition he hoped to present to the CIF and Kern High School District.

Though Kerry was aiming for more signatures on the petition (hoping for 1,000, he had under 700 as of Wednesday afternoon), he's thus far been pleased with the response to his video, which was viewed more than 15,000 times in a five-day span.

As schools scramble to find ways to carry out extracurricular activities in a safe fashion, Kerry hopes he and his peers will have a voice in the proceedings.

"This is beyond wanting to throw a football or pass a volleyball again," he said. "What we’re really looking forward to is a first step in getting back to the lives we are used to. A lot of kids participate in a lot of extracurriculars, whether it’s sports or clubs, colorguard, band, anything like that. It’s a big part of a lot of people’s lives and by showing we’re all together and willing to find a way to be safe and do what we love."

“When these kids are 16 to 18 years old, they’re frustrated," he said. "They haven’t been a part of the world for a long time, but they have opinions and he just wanted his heard. It was a great message, it was well-spoken and I’m glad he let his feelings be known.”

One day before Kerry's posted his video, Liberty senior linebacker Brady Anderson made his feelings known in a succinct fashion.

Not aiming to make a particularly profound statement, Anderson went to bed satisfied the tweet had gotten roughly 70 likes in a few hours.

After coronavirus cost 2020 graduates their final spring seasons, Anderson believes much of the reaction came from incoming seniors desperate not to miss out on their final year of high school athletics.

"I was just trying to get the word out there and thought maybe people would see it and like it," Anderson said. "I think a lot of kids just feel the pain of what every other senior is going through."

"I like that he spoke up," added Liberty coach Bryan Nixon. "I feel for (the players). These guys put a lot of time and effort into this and the icing on the cake is getting to play the game."

While most feedback has been positive, Kerry and Anderson say they've gotten some negative responses as well. Anderson says some have accused him of having misplaced priorities, while one Twitter comment simply referred to Kerry as a "bonehead."

Though not pleased with some of the rhetoric, Kerry expected some pushback and said he welcomed an open dialogue.

"I understand that everyone reacts to the situation differently," he said. "I understand they don't support what we're trying to do and I'm ok with that (because) I think our drive and our passion for trying to get back to it will open a lot of doors for us."

Unfortunately, recent events seem to suggest that those doors may not open for some time.

With the CIF scheduled to release an updated sports calendar at 9 a.m. Monday, the feeling seems to be that fall athletics will be postponed until at least the spring. This belief seemingly gained further credence Wednesday after the school district approved a distance learning model for the first quarter of the school year.

While some are holding out hope to the bitter end, others, like Stockdale cross country coach Tyus Thompson, are bracing for unpleasant news.

"Cross country is like, my child, and I love coaching it and I love spending time with my athletes, and not having a season is going to completely destroy me and I know it’s going to destroy my seniors who planned on running," Thompson said. "But as coaches, we can’t provide this false hope to our athletes and to our students. I think it’s just hard to see the silver lining when there’s just so many questions that aren’t answered."

A move to the spring would bring additional complications.

For aspiring college athletes, their seasons would conflict with the recruiting cycle and may limit the amount of exposure they receive.

It would also force a time crunch whenever schedules return to normal. Cross country athletes would likely have no down time before beginning the track season, while football players would have a condensed recovery period before the start of the 2021 season.

But barring an 11th-hour turn, that appears to be a likely best-case scenario, and coaches like Thompson are doing their best to adjust accordingly.

"If we’re going to come back, it’s not going to be the same and we can’t expect it to be the same," Thompson said. "Things have to change because our world is changing.”

We're all frustrated. I love football. We're all giving up things we love. I've be stuck in my apartment since March because I'm high risk. Time to get back? No. We're in the middle of a once in a 100 year pandemic. Priorities people.

So giving up football is on the same level as losing your livelihood and not being able to provide for a family?

You're a special kind of lonely, old, feeble codger...