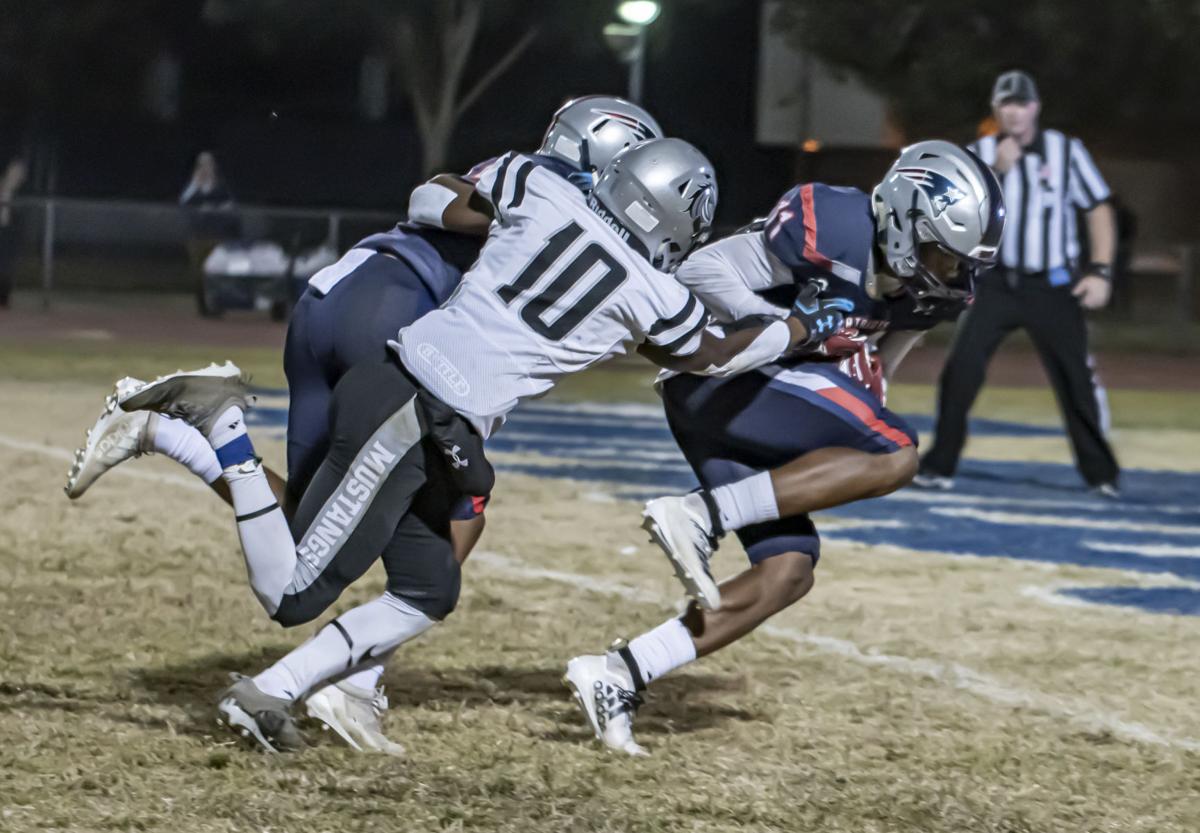 Ramon Henderson (11) scored on a long touchdown bomb during the final seconds before halftime as Darius Larsuel (10), of Stockdale, tried to defend on Oct. 18. 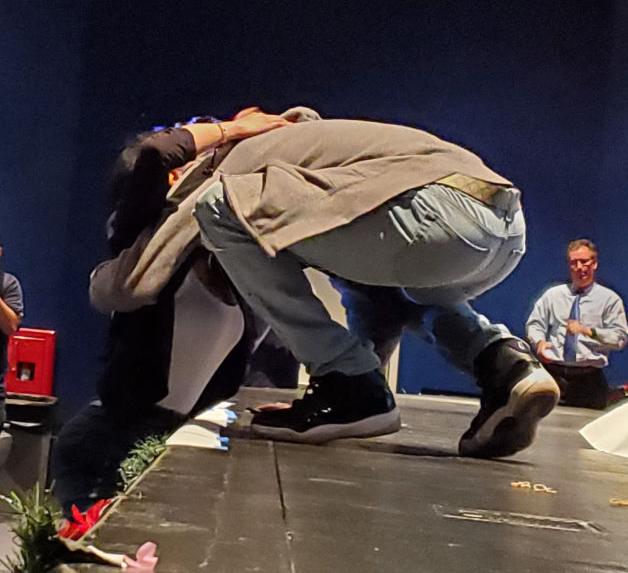 Ramon Henderson shares and embrace with his mother Tia Brown moments before signing a National Letter of Intent to play football at Notre Dame Wednesday afternoon.

Ramon Henderson (11) scored on a long touchdown bomb during the final seconds before halftime as Darius Larsuel (10), of Stockdale, tried to defend on Oct. 18.

Ramon Henderson shares and embrace with his mother Tia Brown moments before signing a National Letter of Intent to play football at Notre Dame Wednesday afternoon.

On the banner photo of his Twitter account, Ramon Henderson has a shot of the podium at the NFL Draft, with the phrase "On The Clock" displayed prominently.

While the prospects of Roger Goodell calling his name remain a long ways off, the Liberty football standout made a decision Wednesday he hopes will help him achieve that dream down the road.

Henderson announced he will continue his football career at Notre Dame Wednesday afternoon in front of friends and family at a National Signing Day event held at Liberty High School.

A standout wide receiver, defensive back and kick returner in high school, he is expected to play on the defensive side at the college level.

Rated as either a three- or four-star prospect by most major recruiting outlets, Henderson also had offers from power conference schools like Utah, Oklahoma, Tennessee, Washington and UCLA.

Henderson said Utah made a strong push towards the end, but Notre Dame coaches, who kept in steady contact with him throughout his recruitment, convinced him that South Bend, Ind. would be a place he'd like to call home.

"It was a lot of contemplating," Henderson said. "But I just think Notre Dame was for me.”

Henderson's choice was revealed at the end of a five-minute video that played in the school's auditorium. Up to that point, no one, including Henderson's mother Tia Brown, had been made aware of his decision.

Though he admits it was difficult to keep it from Brown, who impatiently requested updates for weeks, Henderson felt it best to keep the decision to himself until Signing Day.

“This is my decision," he said. "I wanted everyone to figure out at the same time.”

Though Brown admits she'd been pestering her son for an answer for some time, she said he made it worth the wait.

"It's been amazing to watch, at this level, his dreams come true," she said. "I'm satisfied. We're Irish fans."

A significant set of challenges now await Henderson, who plans to graduate early from Liberty and enroll during the spring semester at Notre Dame, which begins Jan. 11.

Aside from making a big leap in competition, Henderson, who has "never been in the snow in my life," will have to make a quick adjustments to the brutally cold winters of Northwest Indiana.

But such challenges are ones he seems to relish, and he hopes his new environment will lead him to his ultimate goal of playing on Sundays.

"I’m growing up, about to become a man," he said. "So I’ve got to get used to new things. Just being around different people that I’m not familiar with every day will probably help me zone in and get everything together.

"I’ve got a big thing on my mind, a chip on my chest on my shoulders. I’ve got stuff to do. That’s the only thing going through my mind right now.”

I had Ramon as a student a couple years ago and he's a class act. Focused like you wouldn't believe. Love that he'll be there for spring ball, just like another Liberty grad Jordan Love did and he's headed to the NFL.

Who cares if you like it....this Bakersfield kid is going to one of most storied college football programs of all time. Nice work!