Liberty's Slaytynn Simpson competes in the 100-yard butterfly in the Southwest Yosemite League swimming championships at Garces Memorial High in 2019. 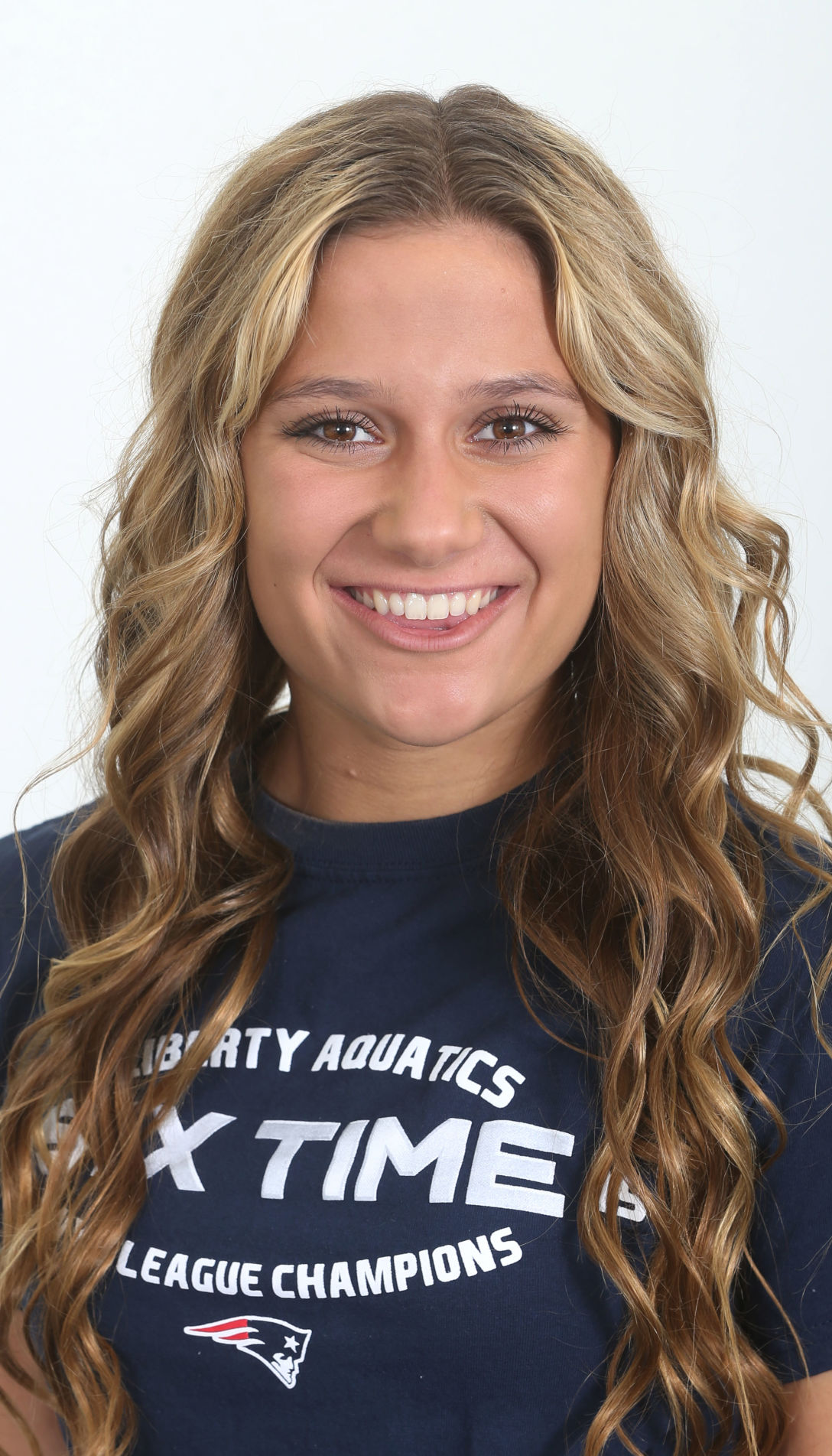 Liberty's Slaytynn Simpson competes in the 100-yard butterfly in the Southwest Yosemite League swimming championships at Garces Memorial High in 2019.

Slaytynn Simpson is feeling a bit off.

Having already made a big decision regarding her athletic future, Simpson was ready to turn her full attention to having a dominant senior season on the Liberty girls swim team, where she already held four individual and three relay records.

After taking second in the 100-meter butterfly in each of the last two Central Section Tournaments, she had her sights set on the first-place podium in 2020.

She was also set to anchor both medley and 200 freestyle relay teams that were expected to be in the running for a Valley championship. Simpson was particularly eager to compete in the medley, where she and her teammates placed second at the section race a year ago, only to be disqualified because of an exchange infraction, making them ineligible to compete at the state tournament.

But those opportunities never came, as the COVID-19 pandemic swiftly forced the cancelation of the spring sports season.

Now a week removed from when the state tournament would have been, Simpson says she's starting to move past the disappointment of the canceled season, but remains irked she didn't get the chance to end her prep career the way she hoped.

"I was pretty upset," she said. "I had so many teammates that could have got to state and we never got that chance. I think I'm starting to get over it, just trying to focus on college swimming, but I'm still a little frustrated."

An inability to properly train for her upcoming collegiate career has only heightened Simpson's frustration.

A Division-I talent who committed to swim at Fresno State prior to the start of the 2020 season, Simpson hasn't had solid pool time since the coronavirus pandemic began. And though many of her future teammates will be in the same predicament, she admits she's put off by the thought that she won't be at her best the next time she performs for Bulldog coaches.

"I'm a little nervous for how out of shape I'll be," Simpson said. "Going to college with new coaches and everything, I don't want to look slow or anything. They recruited me at my best and I will not be at my best when I go to them. That’s probably what frustrates me most.”

Though he understands where she's coming from, Liberty coach Marc Urmston believes Simpson's concerns will prove unfounded. Saying she showed a relentless tenacity to be the best in high school, Urmston is confident that drive will suit her well she prepares to face stiffer competition.

"Once she walks onto the deck, she's totally focused on what she needs to do," he said. "She's all heart and determination. She hates to lose and she's really worked hard to be the best she can be."

Ultimately, Urmston believes the loss of her senior season could prove to be a blessing for Simpson.

"When you (compete in) any sport when you’re so young, sometimes you get to your senior year and you get kind of burned out," he said. "So I think it’s going to give her an opportunity to have that fire lit to go to college and prove what she could have done as a senior going forward.”

Simpson agrees with her former coach's assessment ... sort of.

Still restless to begin work for a college season with no set start date, Simpson thinks time away could be to her benefit, even if she wouldn't mind seeing the extended sabbatical end.

“Sometimes taking a break does help me regain all my energy," she said. "This is way too long a break but if meets are pushed back a few months and we can get in better shape, I feel like by that time I should all be fine and ready to race.”