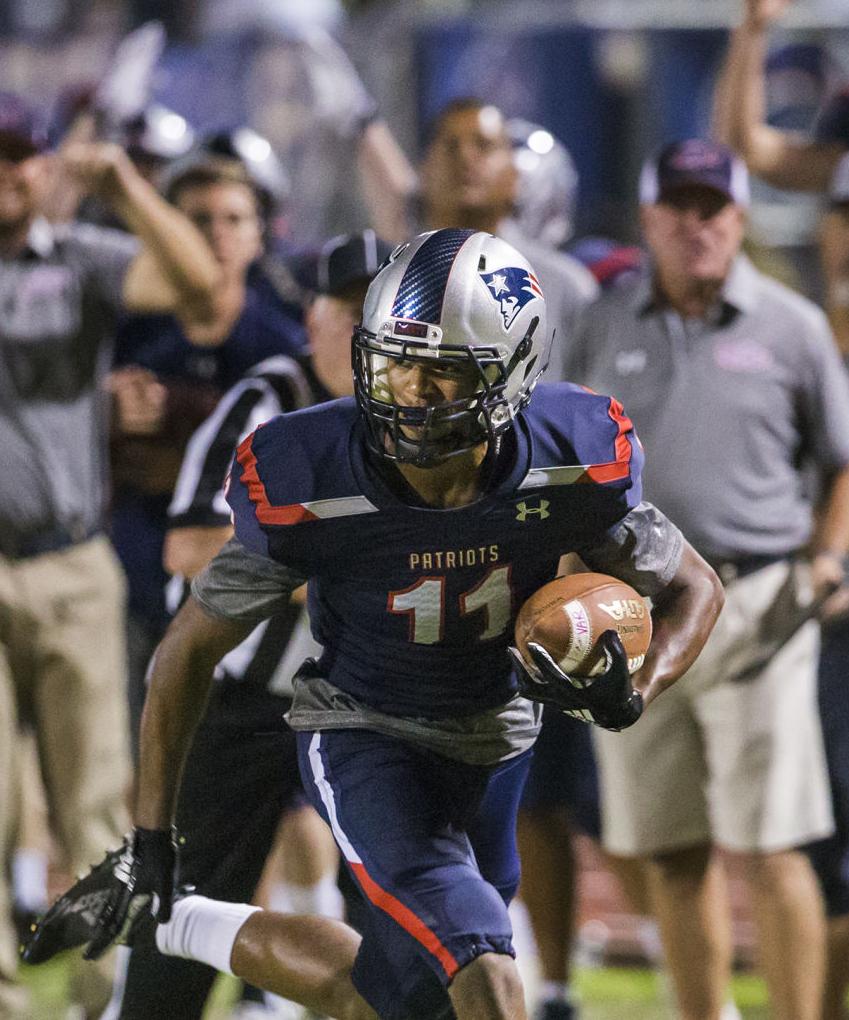 Liberty graduate Ramon Henderson races to the end zone after scooping up a Ridgeview fumble in a 2018 game. Henderson's first spring at Notre Dame was halted by COVID-19. 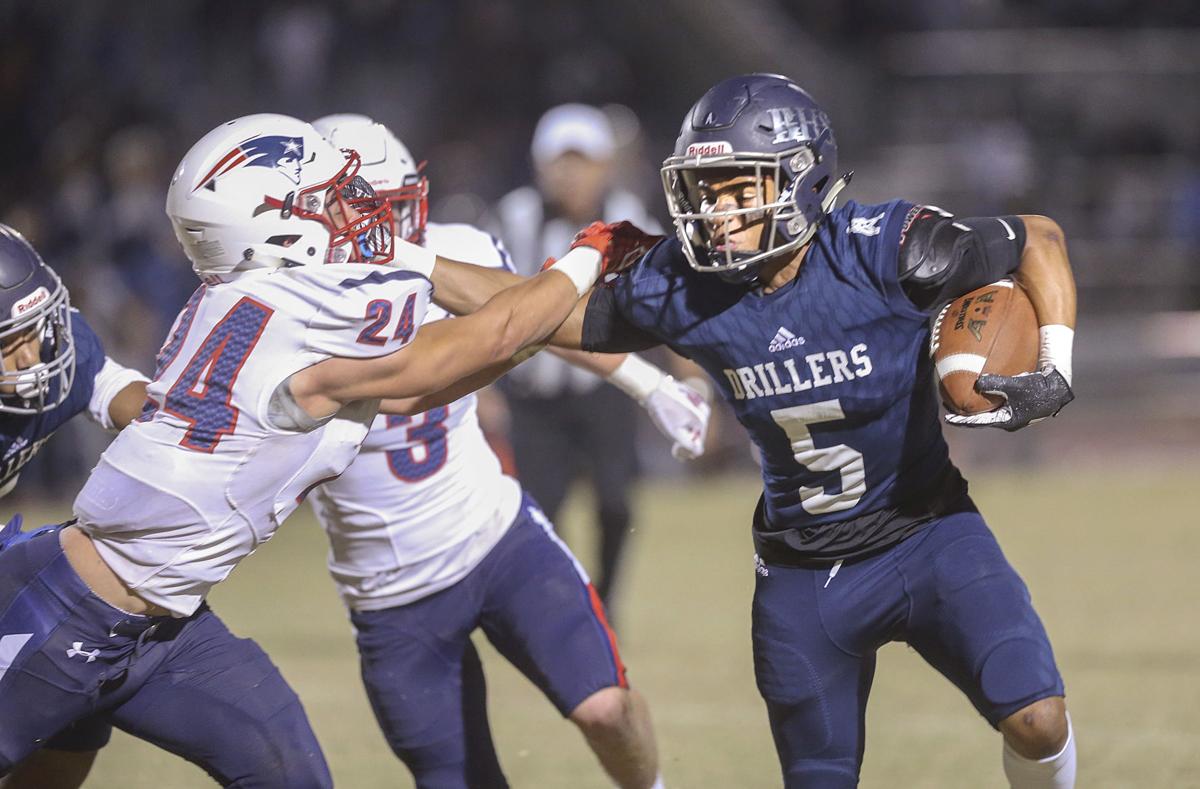 Former Bakersfield High School receiver Isaac Jernigan (No. 5) was running with the first team offense at the University of Nevada before the coronavirus resulted in the team's spring season being canceled.

Liberty graduate Ramon Henderson races to the end zone after scooping up a Ridgeview fumble in a 2018 game. Henderson's first spring at Notre Dame was halted by COVID-19.

Former Bakersfield High School receiver Isaac Jernigan (No. 5) was running with the first team offense at the University of Nevada before the coronavirus resulted in the team's spring season being canceled.

Enrolling early to get a jump on their college careers, Isaac Jernagin and Ramon Henderson expected to have tough transitions to Division-I football.

Their coaches were happy to make those expectations a reality.

Jernagin, a Bakersfield High School graduate and current wide receiver at the University of Nevada, knew he had a tall task in front of him when he was handed a playbook "15 times" more complex than any he'd ever seen.

And when Henderson, a Liberty grad, arrived in January to begin his time playing cornerback at Notre Dame, the Irish staff didn't exactly ease him into the offseason program.

"You’ve got to come with that mindset that you’re about to really almost go to hell,” Henderson said of team workouts. “You can’t be sleepy or tired or anything like that."

But despite some growing pains, the Bakersfield natives were making positive gains in their initial collegiate practices.

With spring games scheduled to take place in mid-April, Jernagin and Henderson were eager to make good first impressions on their respective fan bases. From there, they hoped to make further improvements throughout the summer with the goal of earning playing time as true freshmen in the fall.

Sadly, such opportunities to impress have been delayed indefinitely. Like all teams around the country, Nevada and Notre Dame suspended practices and canceled their spring games due to the ever-expanding coronavirus. And with the number COVID-19 cases increasing daily, there is growing belief that the football season could start late, if it even starts at all.

"It's super disappointing," Jernagin said. "I was ready to showcase my talent (in the spring game) and I knew I would do very well. Knowing that it's not going to happen kind of sucks. It's just weird right now because we're just waiting to see if we're going to have a season."

The pair is dealing with the pandemic in different fashions.

Still in Reno, Jernagin, who shares an apartment with three teammates, spends his days inside, working out, meeting with coaches and teammates over Zoom and taking online classes. He's also trying to keep in regular contact with friends and family members confined to their home in Bakersfield.

Henderson, on the other hand, is riding things out in a familiar setting. He came home for spring break on March 7, but shortly after arriving in Bakersfield, was told he wouldn't be allowed back on Notre Dame's South Bend, Ind. campus until further notice. His return date, which has already been pushed back multiple times, is currently scheduled for May 10.

Though disappointed to be missing out on team activities, Henderson, who is also fulfilling his athletic and academic requirements online, didn't like the prospect of being more than 2,000 miles from home during a global pandemic, saying he felt much more comfortable riding it out in the company of his mother, Tia Brown.

"I'm so happy I can stay with my mom while going through this," he said. "I was meant to come home, I think. I've never been that far away from home (and) I would be so mad if I had to stay out there and go through this."

Henderson isn't content to stay home forever, though. When watching Clemson, who the Irish are scheduled to host on Nov. 7, play in the National Championship Game in January, he says he felt a switch flip in his head, and is ready to prove he belongs on the same field as the country's top players.

"I used to be a fan of (Clemson quarterback) Trevor Lawrence and now he's the enemy and I've got to do some damage," he said. "I didn't come to Notre Dame for no reason. I'm trying to play and I feel like I've got a shot."

While he too has lost out on valuable practice reps, Jernagin believes he's still in a position to contribute right away. Feeling he's shown what he can do physically, he plans to spend much of his extended downtime mastering the intricacies of his playbook.

And if Nevada, which is slated to open the regular season with an Aug. 29 home game against UC Davis, does start its season on time, he says people back home should anticipate big things when they tune into Wolf Pack games.

“They should expect to see us winning and to see me electrifying and showing speed," Jernagin said. "I just want to have an amazing year for my team.”