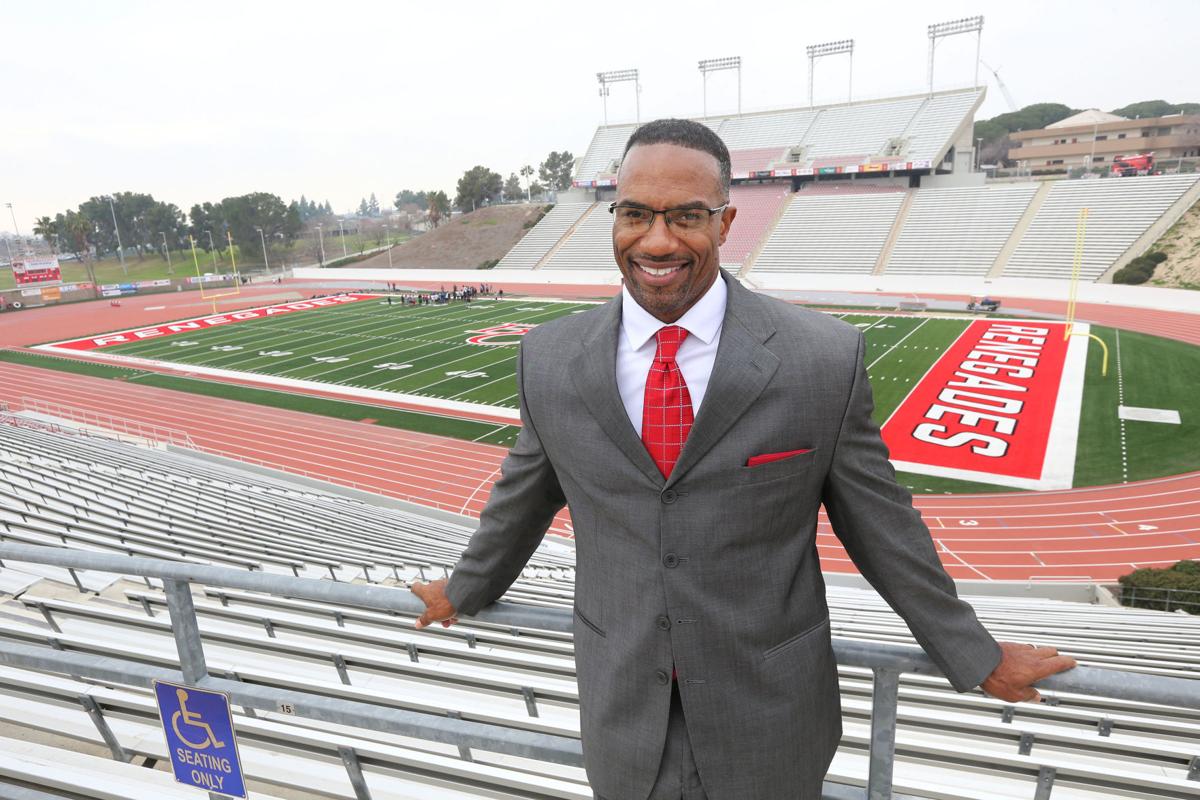 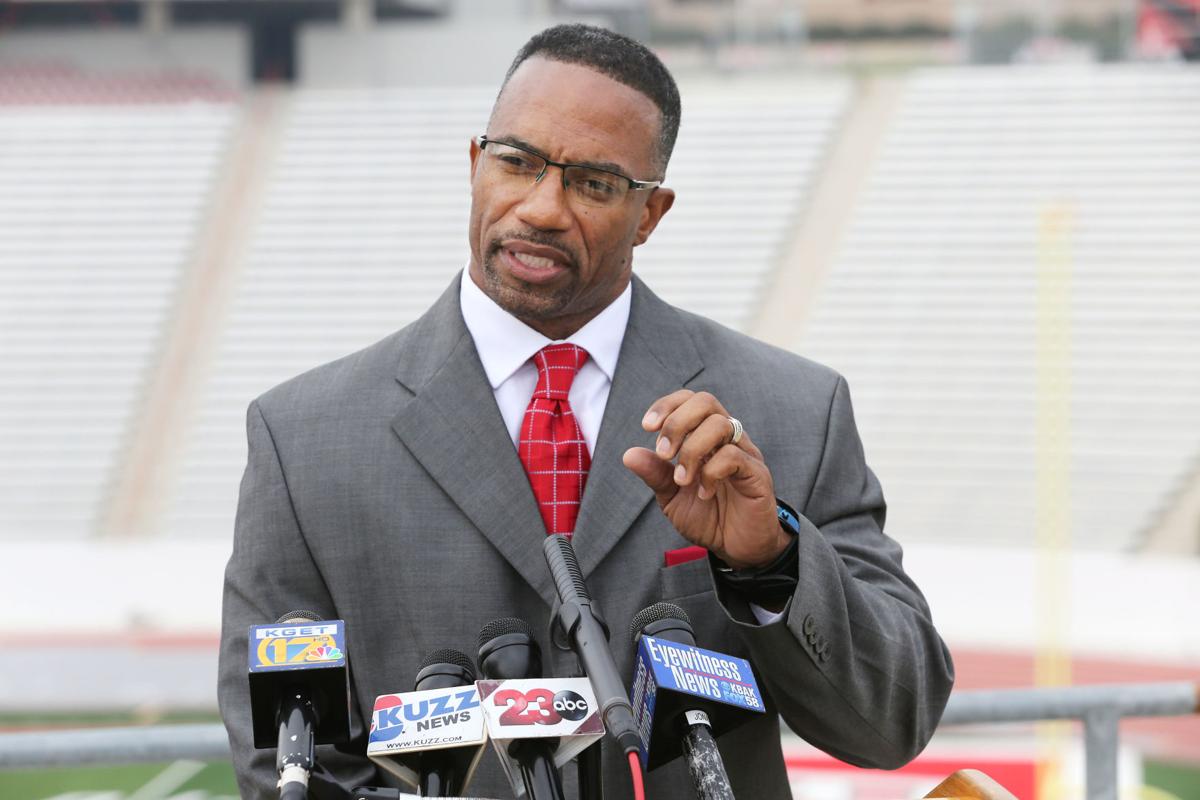 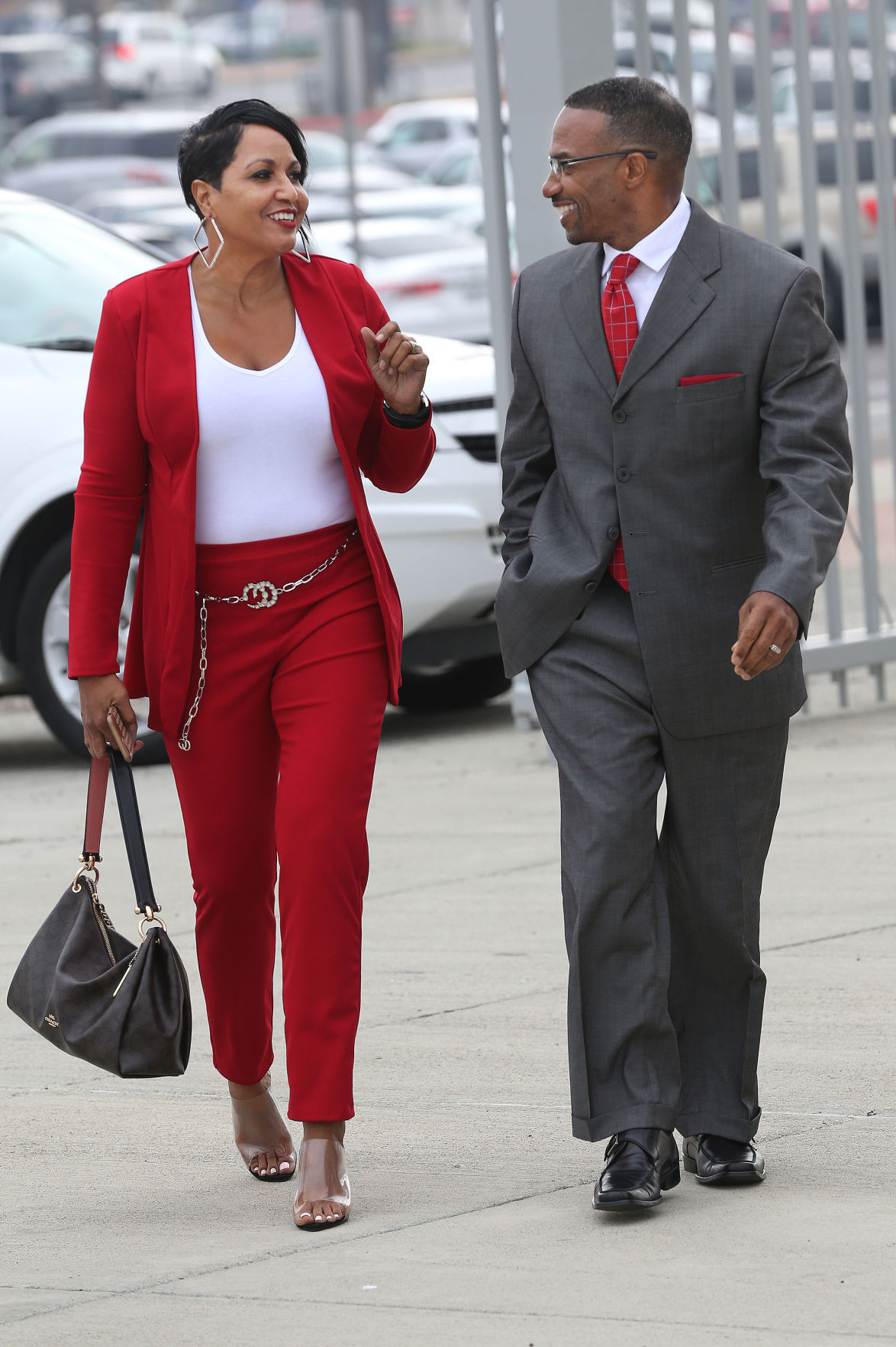 R. Todd Littlejohn arrives with his wife Toiyan to a press conference Thursday where he was introduced as the new Bakersfield College head football coach.

R. Todd Littlejohn arrives with his wife Toiyan to a press conference Thursday where he was introduced as the new Bakersfield College head football coach.

More than a week after being tabbed as the interim head football coach at Bakersfield College, the weight of the hire seemed to finally set in for R. Todd Littlejohn.

A former Renegade and Bakersfield native, Littlejohn was officially announced as the program's 11th head coach in a press conference at Memorial Stadium Thursday afternoon.

Littlejohn said everything hit him when he arrived on campus the day before, and that he was thrilled to be taking over a program he grew up supporting.

"(When I got here) I looked around and said 'Wow, I'm at Bakersfield College," he said. "It is such an honor, such a pleasure."

During a nearly 15-minute Q&A session with media members, Littlejohn covered an array of topics, including the future of last year's coaching staff, which remains up in the air.

"I didn't want to make any emotional decision," he said. "I’ve been on that side of it and I don’t want to leave coaches in limbo. But ultimately I want to make sure that they, as coaches, exemplify my vision moving forward.

"I’m energetic, I (have) passion, I’m a competitive guy, lead by example. So I want the players to understand that as well as the coaches. I just have to make the best decision that’s best for our young as well as the community.”

He's also still waiting to speak to his team for the first time, something he plans to do on Friday.

"(I want to) share my vision with them," he said. "They'll probably be in for a little rude awakening, but I know it's going to be for the best going forward."

Another topic broached was that Littlejohn will be the first black head coach in the history of the program. Though not dismissing the significance of the matter, he says the expectations will be the same "regardless of my nationality."

"People want wins," he said. "So I'm not going to make a big deal out of it either way. I'm excited about it. And if that's something that will get people to talk more about Bakersfield College, so be it."

Following a disappointing 3-7 finish in 2019, Littlejohn says he understands people in the community are hungry for a winner. Growing up watching and playing for the Renegades during dominant runs in the 70s and 80s, he believes he's the right man go lead them back to elevated heights.

“Realizing the tradition...I understand it, I embrace it," he said. "I’m prepared for it that way and understand the importance of it. It means a lot and I am honored just to be able to move forward with those things. It is a big deal.”

SOUND OFF: Boston university's study of Kern kids was an abomination

Reader: Read your column in Friday's paper ("Another study, another statistical cellar," Jan. 25); thoroughly enjoyed it.

The first black head coach IS a big deal. I mean, what, 50 percent of players are black so yeah, you would think there would be more just as qualified as him.

I'm excited. I got my wish. It took a resignation to get it, not any motivation by the Administration. I just hope he doesn't get frustrated by their timidity.