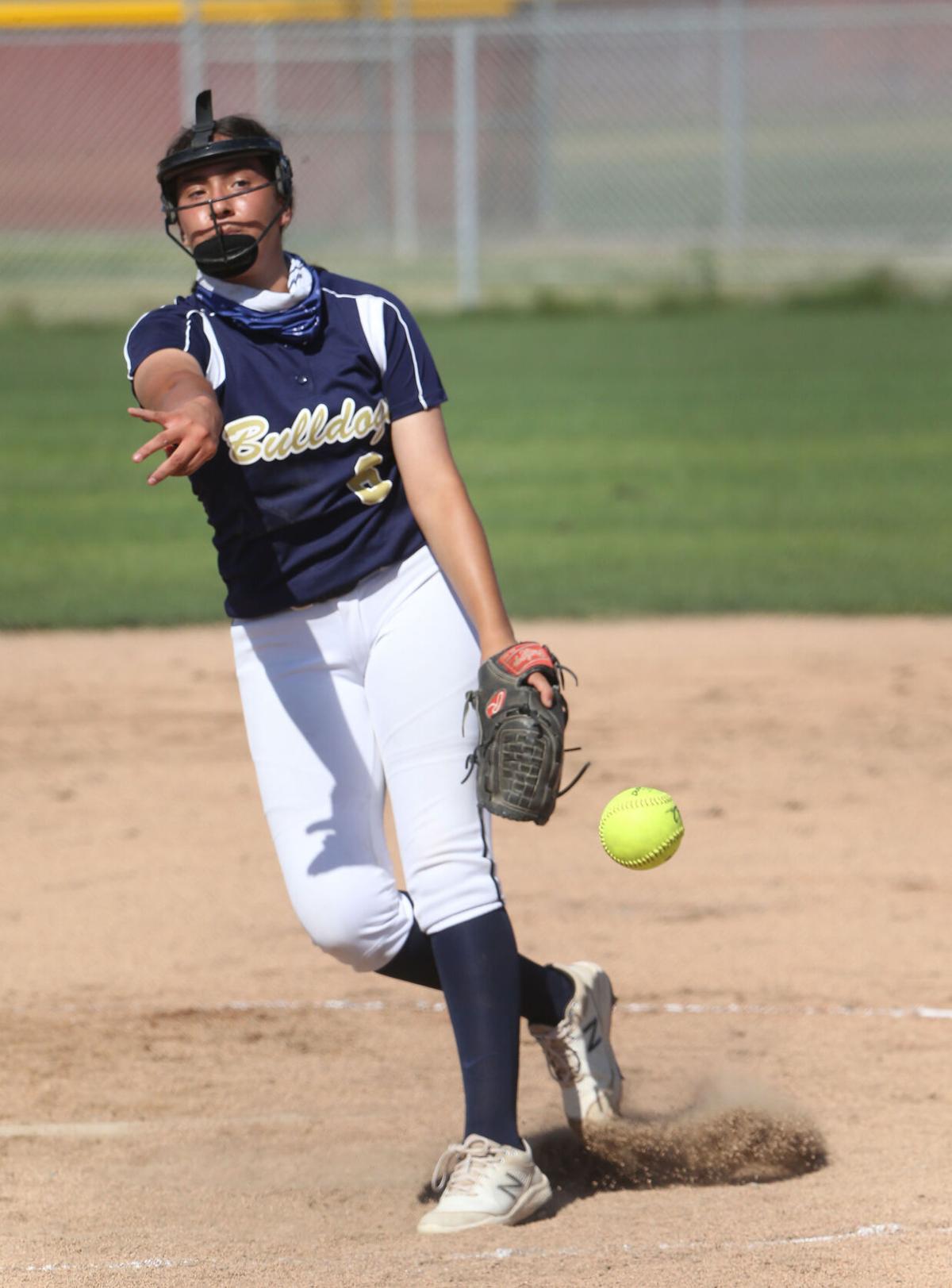 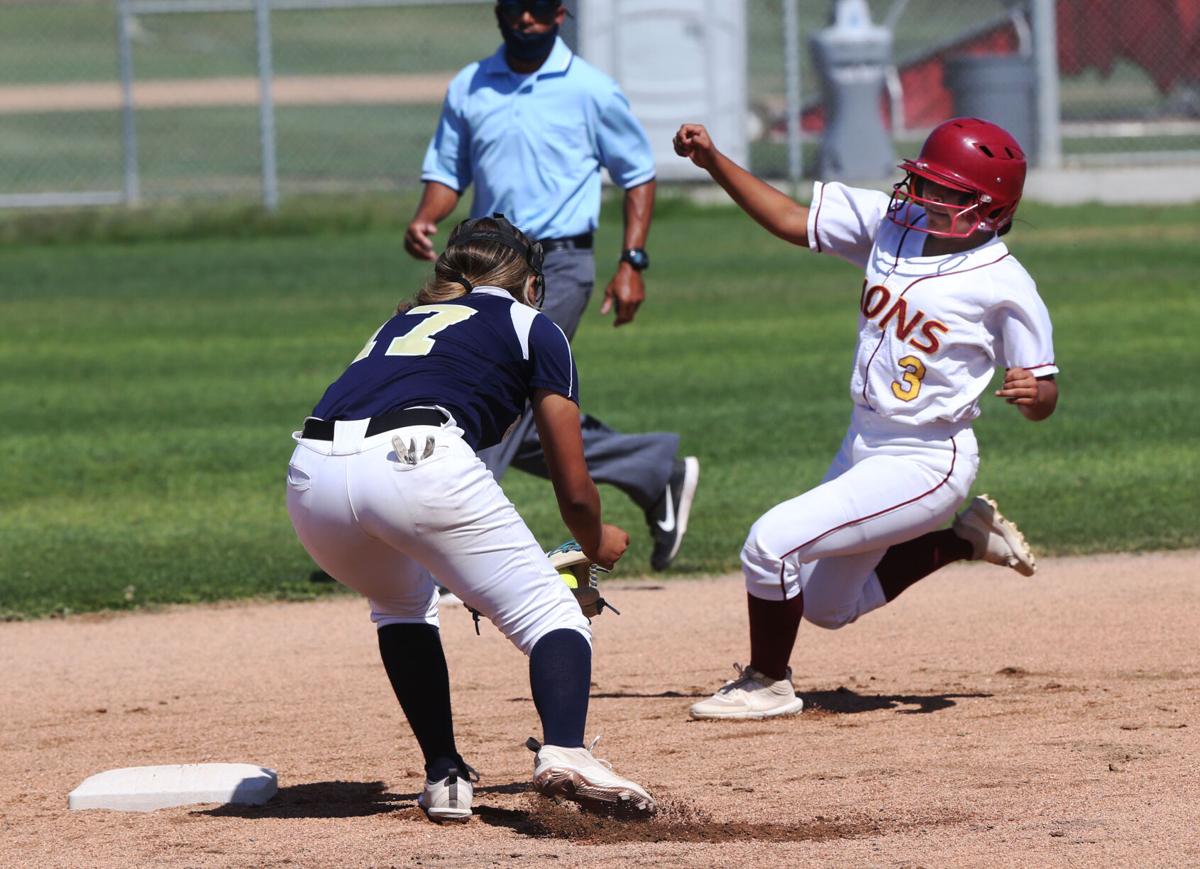 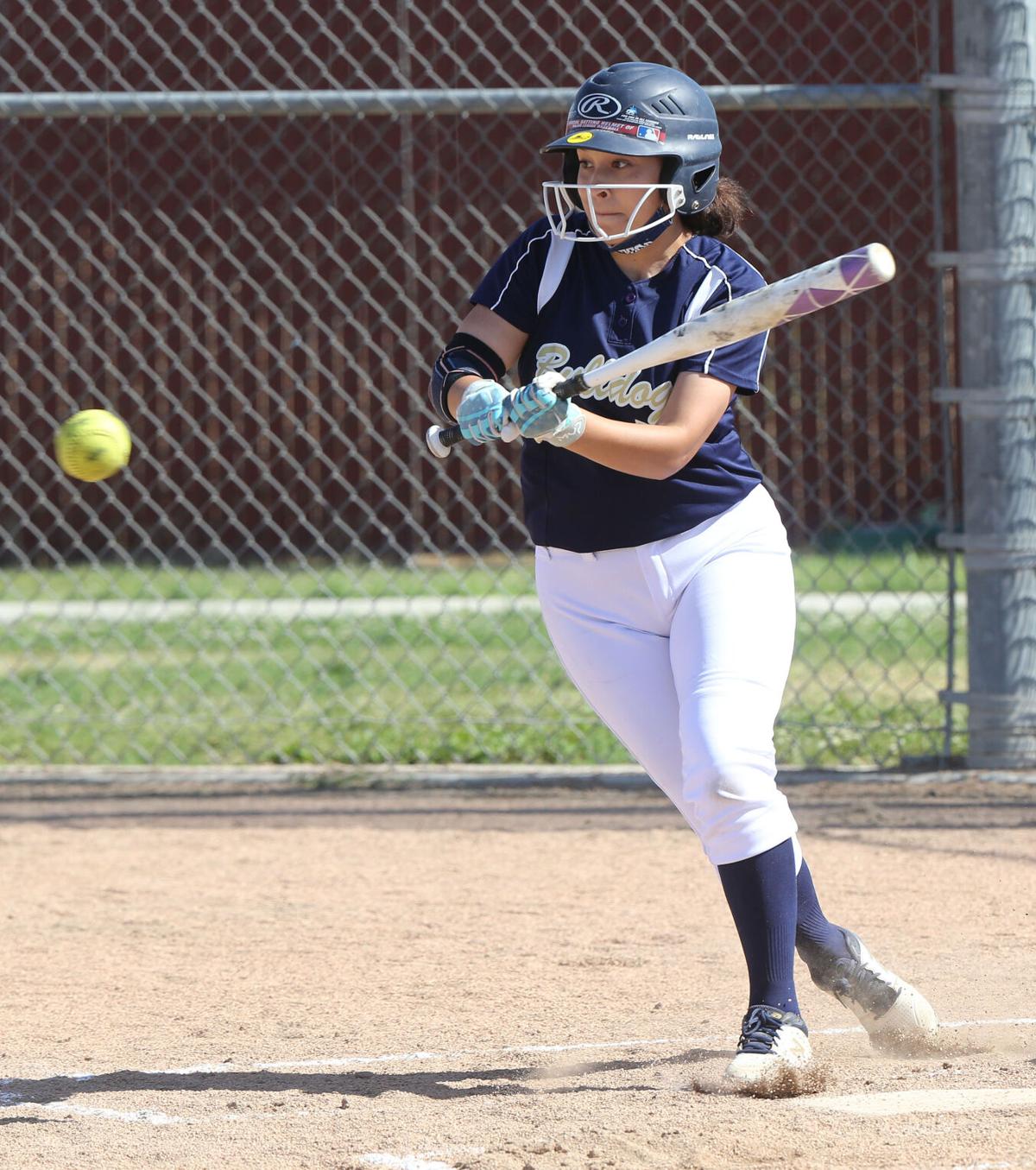 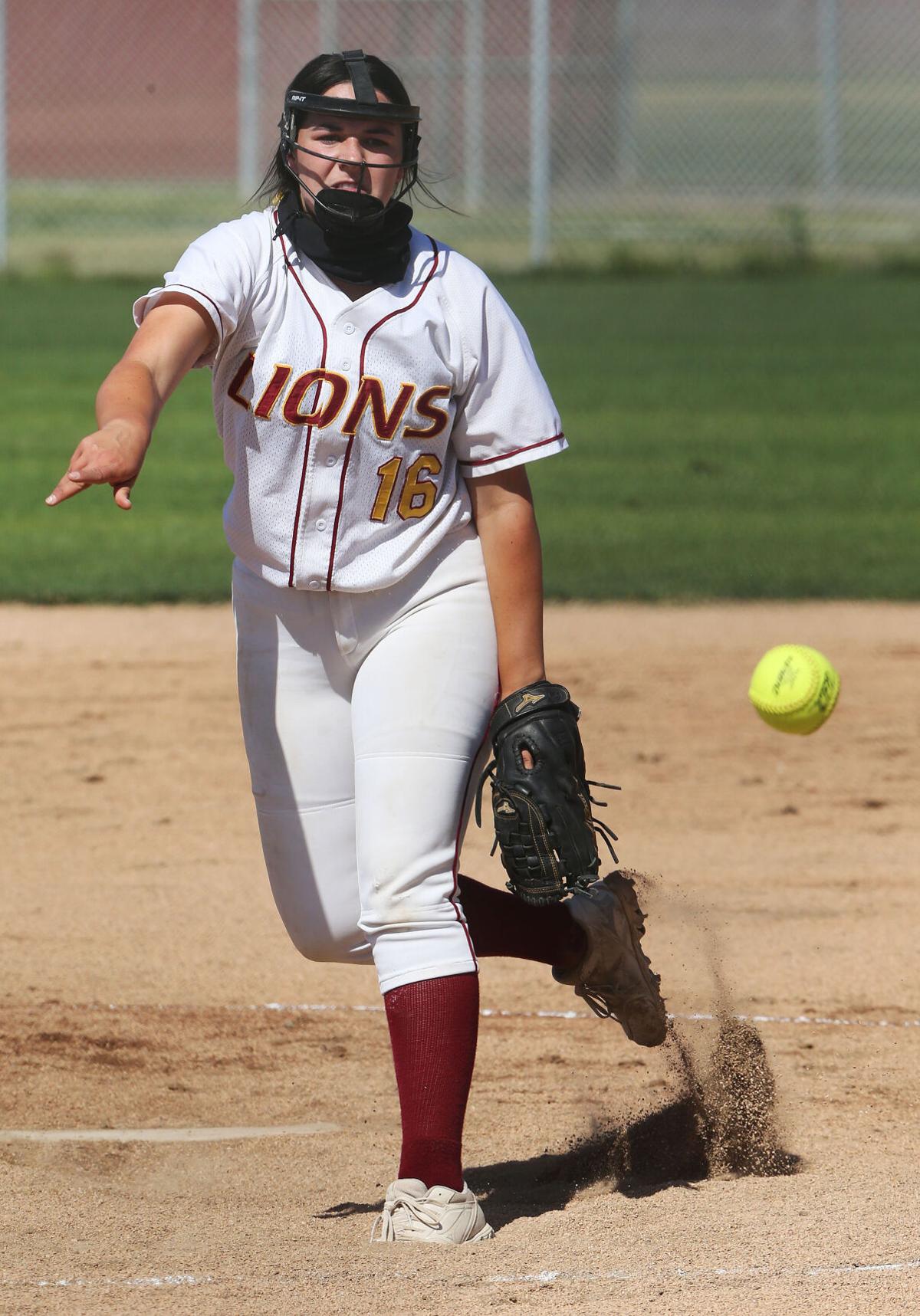 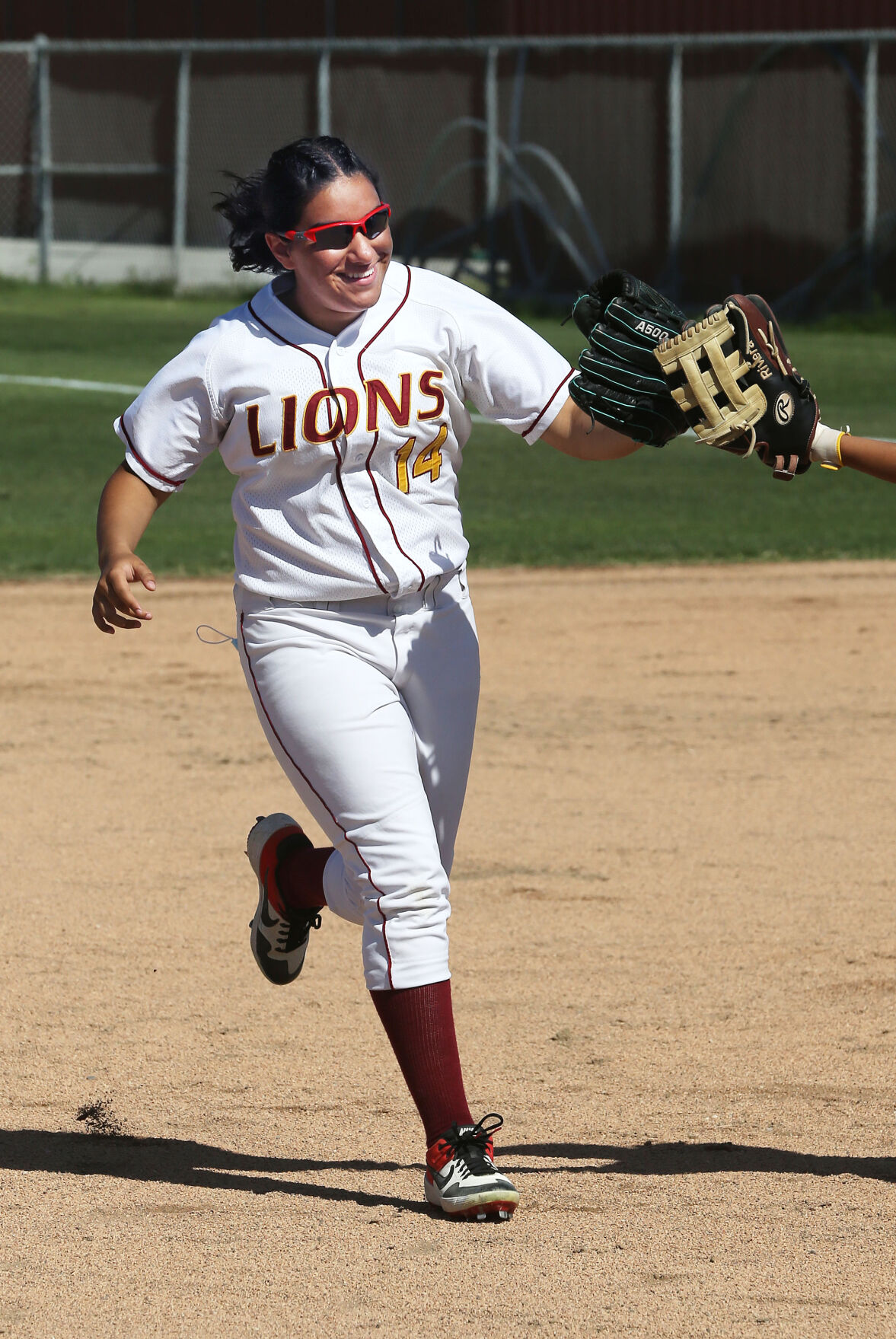 Mira Monte right fielder Karen Beltran is congratulated by teammates after making a great catch to end the inning in a softball game against Golden Valley Tuesday afternoon. 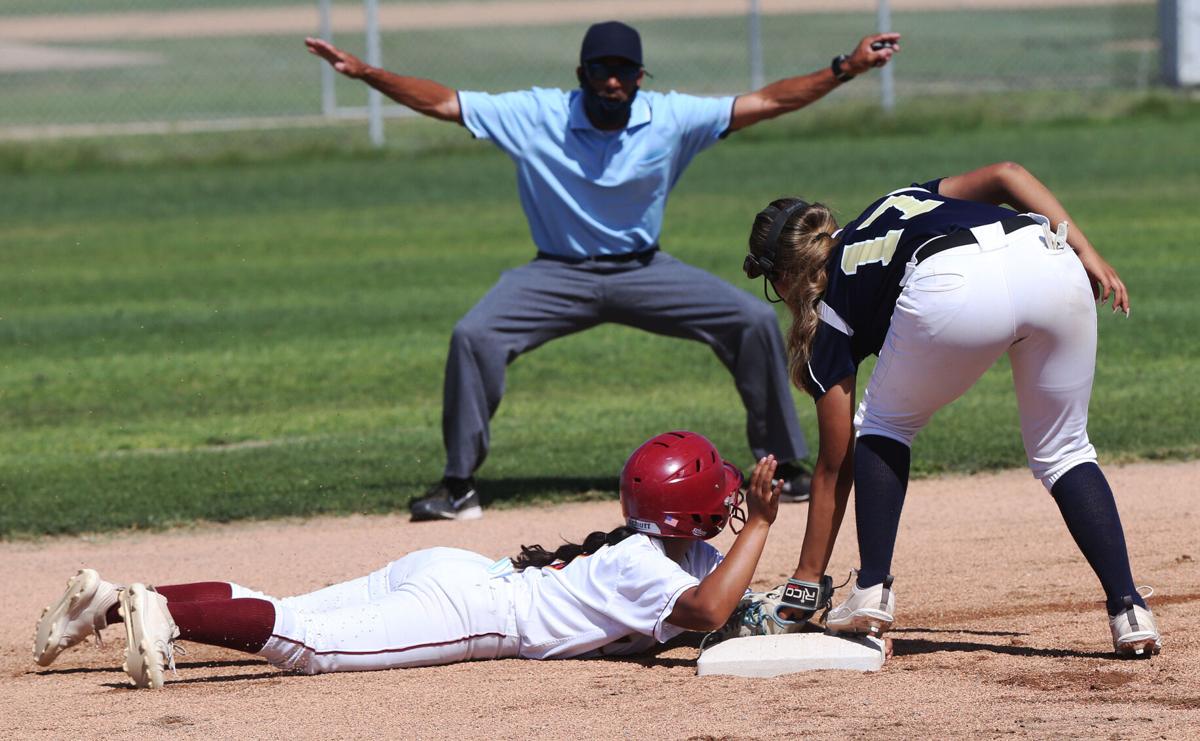 Mira Monte right fielder Karen Beltran is congratulated by teammates after making a great catch to end the inning in a softball game against Golden Valley Tuesday afternoon.

Having broken up a no-hit bid in her previous at bat, Melanie Jimenez came through in much grander fashion in her final plate appearance.

Jimenez delivered a two-run, two-out double to put Golden Valley ahead, the biggest swing of a seven-run, five-hit inning that pushed the Bulldogs to a 7-3 softball win at Mira Monte on Tuesday.

Though Jimenez did break up Liz Alderete's no-hitter in the sixth inning, her single wasn't exactly highlight-reel worthy. After getting back safely to first on a pickoff attempt, Jimenez falsely believed the throw had gotten away to the fence and was eventually picked off.

"That was a horrible way to get picked off," Jimenez said. "I needed another chance."

She'd get it, but only after the Bulldogs had fallen into a deeper hole.

After blowing through Golden Valley batters all game to that point, Alderete helped herself out at the plate, blasting a two-run double to center field in the top of the sixth to give herself a 3-0 cushion heading into the final inning.

But after being stifled most of the game, Bulldog bats came to life in a big way in the seventh. After the first batter was retired, Elisa Rodriguez and Mia Salazar got on via a walk and single, then came home after Jesstine Flores tapped a two-run double down the third base line, cutting the deficit to 3-2.

With two outs, Hailey Hernandez tied the game with a single, putting Jimenez in a position to play the hero. After fouling off a few pitches, she made solid contact, driving the ball to the left-center field gap to bring home the go-ahead runs.

“I’m not going to lie, I was very nervous," Jimenez said of the final at bat. "I felt nerves going. But I felt relieved once I fouled off (a few pitches) and I said ‘I’ve got it.’ I just relaxed."

She eventually came around to score on a wild pitch. Alexia Martinez then capped the scoring with an RBI single. All told, Golden Valley sent 10 batters to the plate in the inning.

So where did all this offense come from?

"To be honest, I don't know," said Bulldog coach Kaitlin Toerner. "But I'm OK with it. I think they got a little more aggressive with the strikes and left some of the balls alone and they finally let the ball get deep.

"They made the adjustments we were talking about in the earlier innings, they just finally made it. They just put the ball in play and it worked out in our favor.”

Martinez also did solid work on the mound, striking out nine batters and scattering six hits to get the win for Golden Valley, which improved to 5-3.

Leslie Chavez had two hits and scored the game's first run on a Clarisa Rivera sacrifice fly in the first inning for the Lions, who fall to 4-3.