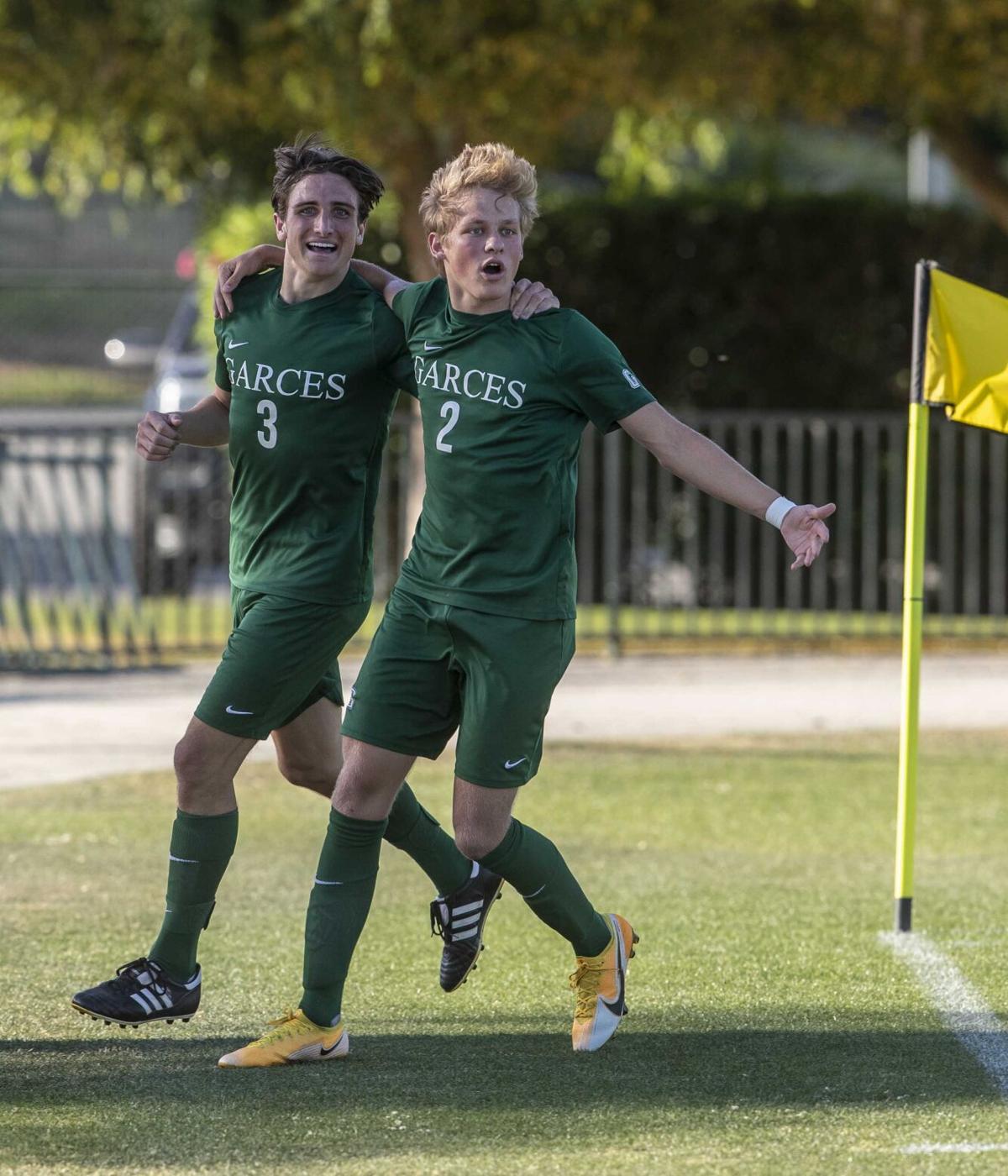 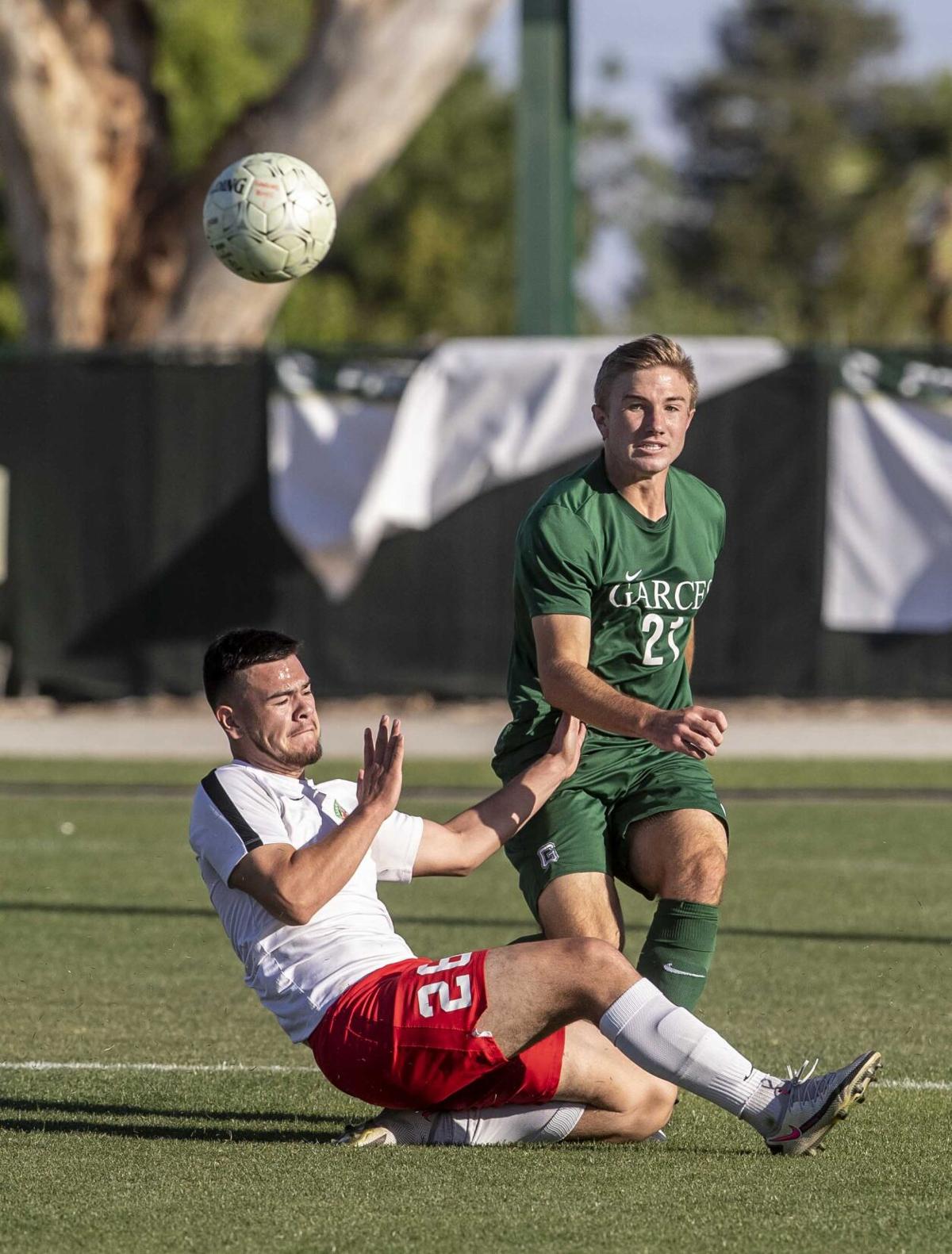 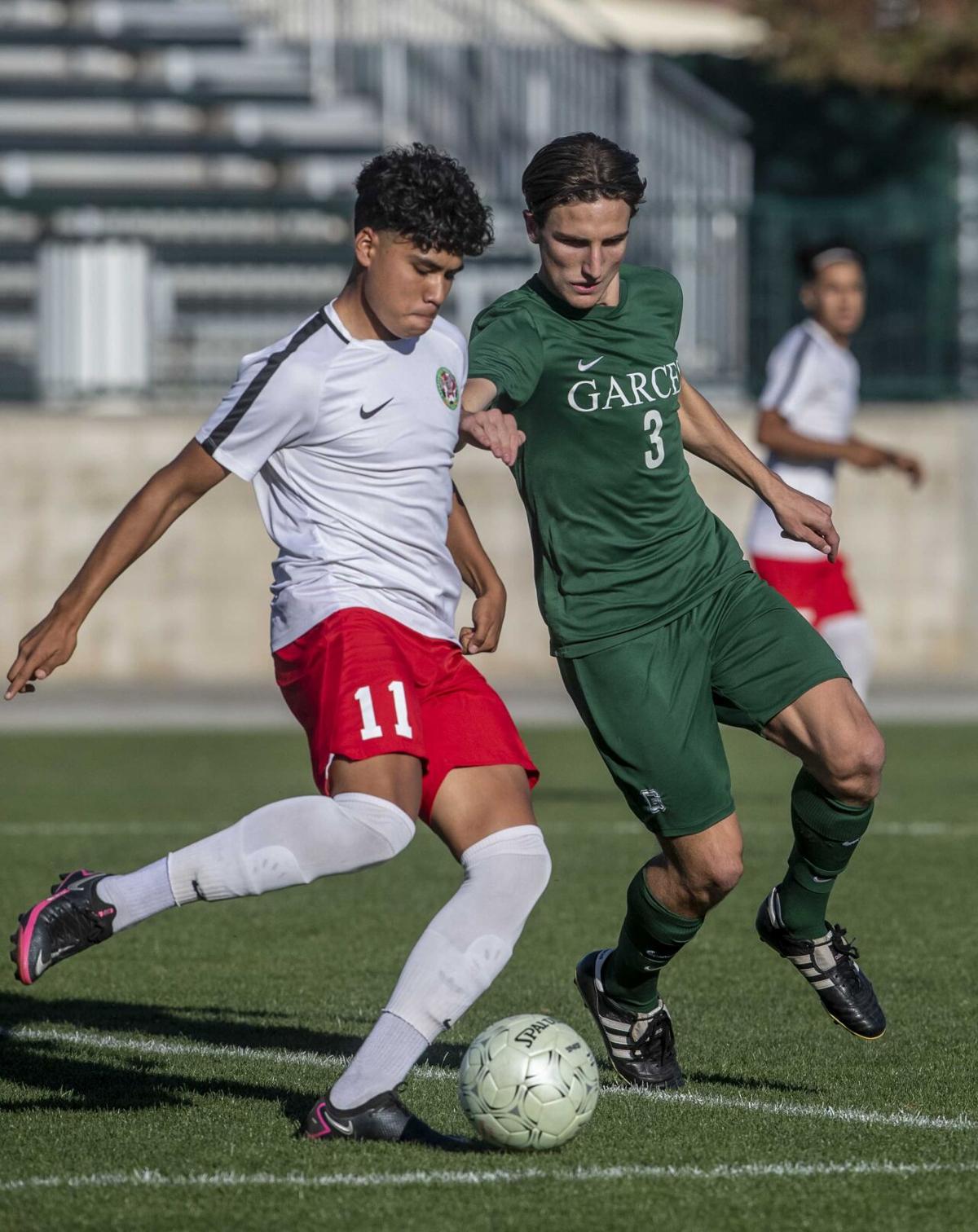 Garces' Fletcher Bank (3) battles Lindsay's Daniel Perez in the first half in the Central Section Division 4 final at Garces on Thursday night. 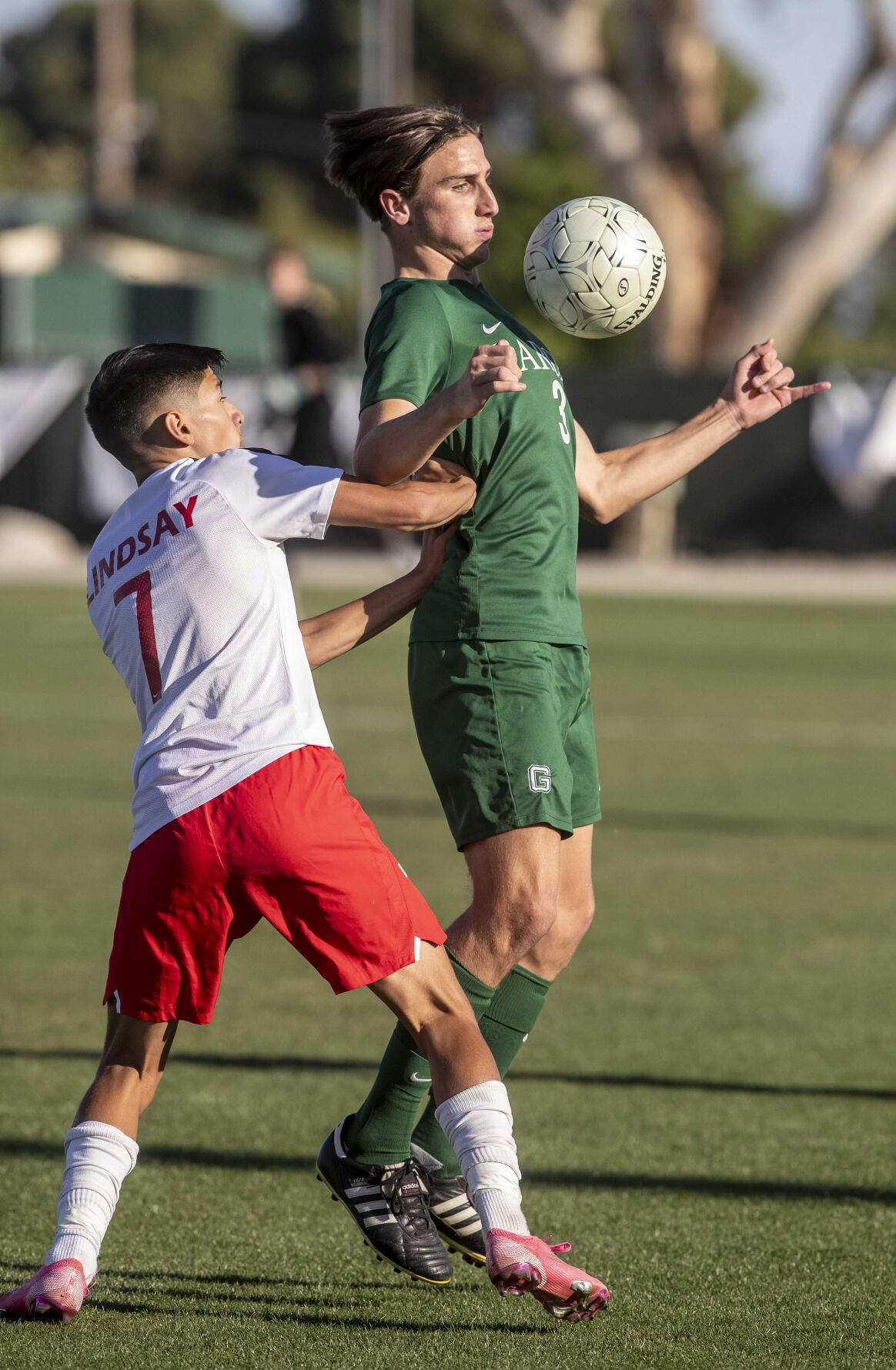 Garces' Fletcher Bank, right, stops a pass as Lindsay's Chris Macias defends in the first half at Garces Thursday night. 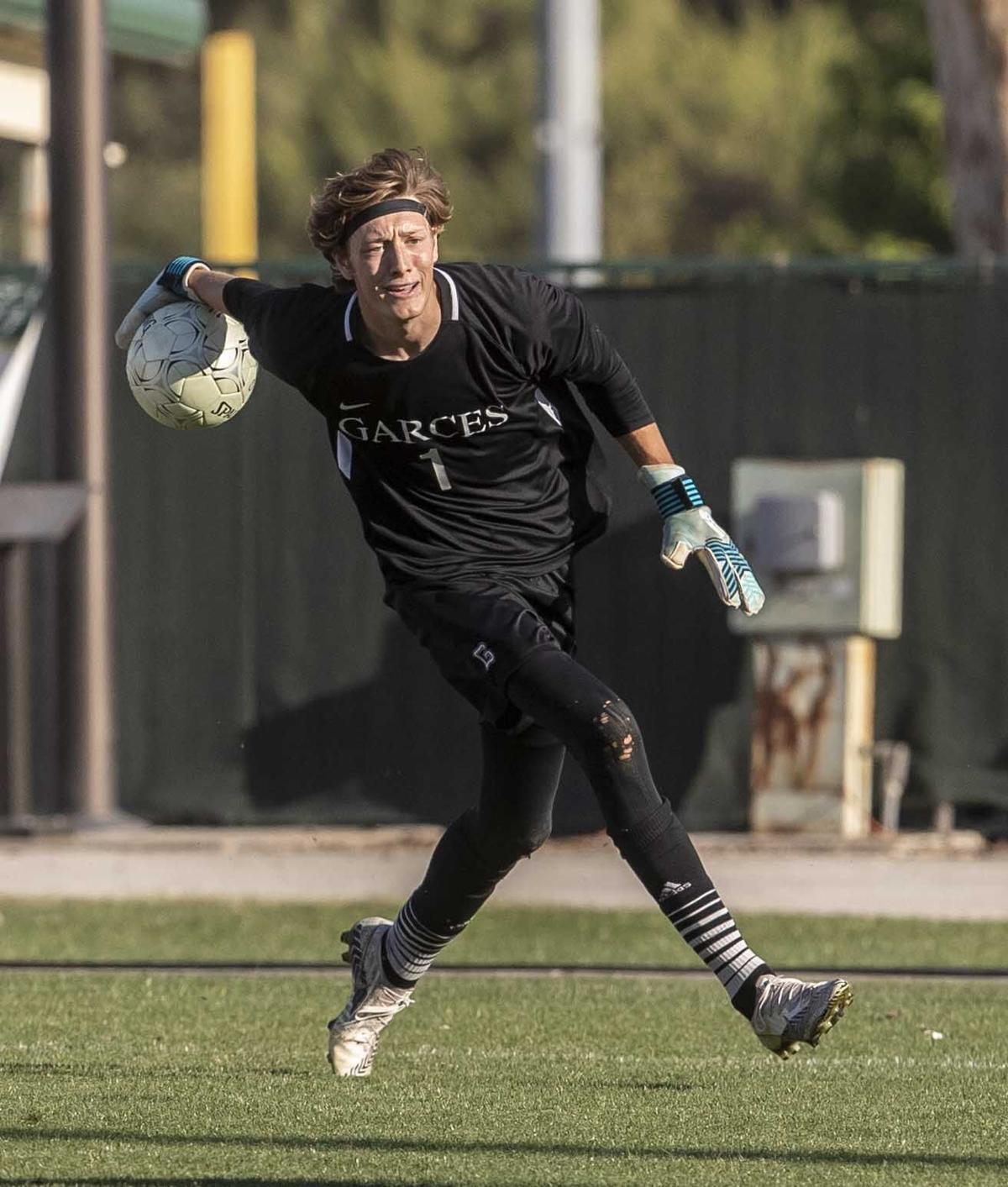 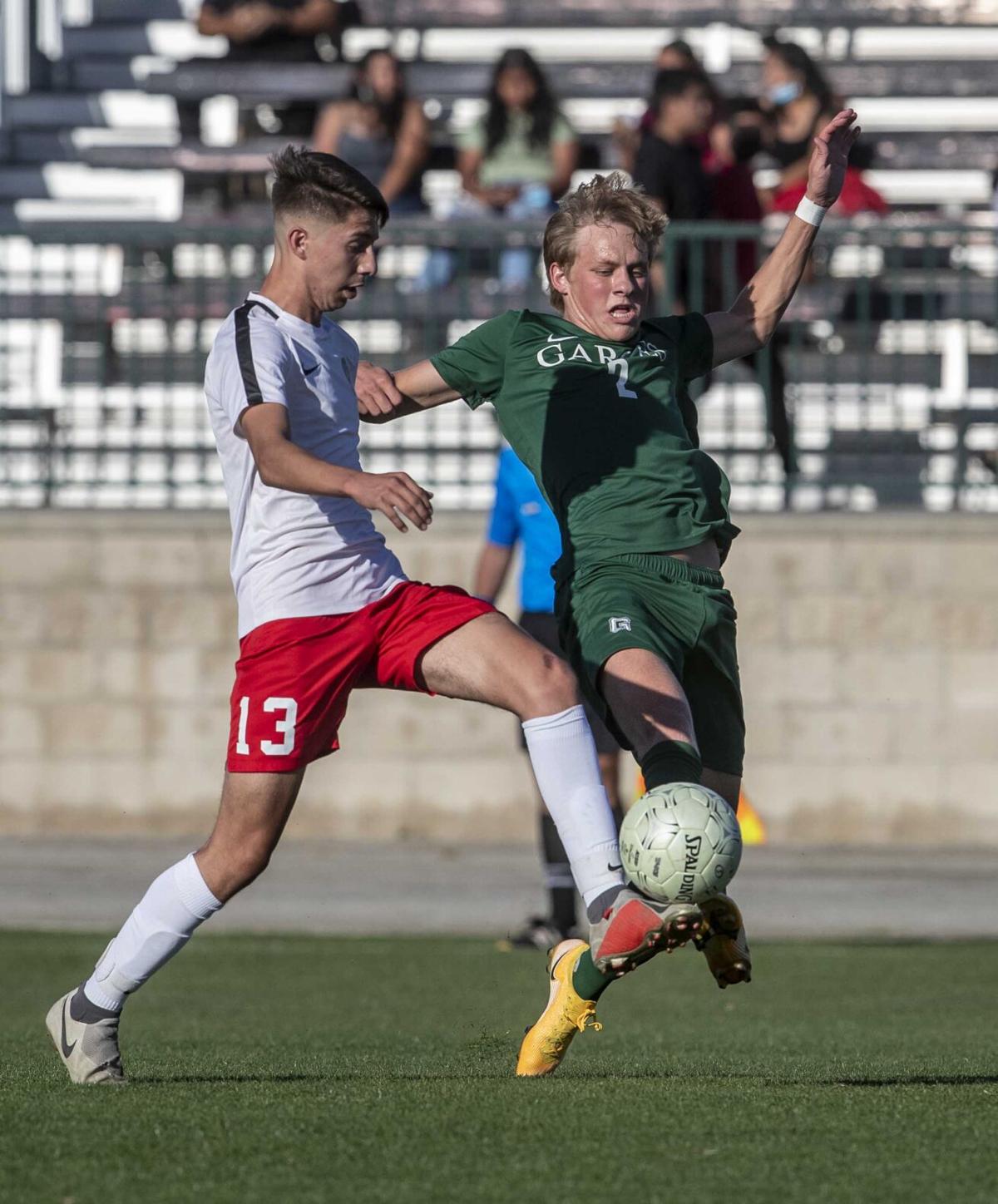 Garces' Fletcher Bank (3) battles Lindsay's Daniel Perez in the first half in the Central Section Division 4 final at Garces on Thursday night.

Garces' Fletcher Bank, right, stops a pass as Lindsay's Chris Macias defends in the first half at Garces Thursday night.

Trailing for the first time all season following a bizarre play, there was some intrigue to see if the Garces Memorial boys soccer team could respond to a rare bout of adversity.

The Rams did so in less than a minute.

Just seconds after Lindsay scored the game's first goal, Alex Halevy responded with a goal of his own, and Garces was in control the rest of the way, clinching a third consecutive section title with a 4-1 win over the Cardinals in the Division IV title game Thursday night.

The Rams, who'd outscored their opponents 87-2 prior to the game, caught a bad bounce as a Daniel Perez shot from just beyond the midfield stripe tied up Garces goalie Brady Highfill, who misplayed the shot and watched it bounce into the net. This came just minutes after the Cardinals had a goal nullified by an offsides call.

But on the ensuing possession, Halevy took a great pass from Fletcher Bank and found the back of the net for the 41st time this year. Just five minutes later, the role reversed as Halevy found a cutting Bank for a goal off a corner kick that put the Rams up 2-1 at the half.

"I think once they scored on us, it was our first test of the season," Halevy said. "It was a wake-up call and we did a great job bouncing back. Fletcher gave me a great ball and then Fletcher had a great finish on the corner kick. We just got all the momentum from those two goals."

After Abraham Gonzalez gave Garces breathing room 16 minutes into the second half, a second Bank goal put an exclamation point on another postseason triumph for the Rams.

Highfill also recovered from his early mishap, making several good stops of clean Cardinal looks, including a full-extension, diving stop of a Brandon Rios shot midway through the second half.

"We started off really slow and that (goal) was kind of the kick in the butt we needed," Highfill said. "We weren't playing our style and we were letting them control the game. Obviously it was a mistake but it ended up working out."

Having started as young role players on early Ram section championship team, players like Bank are reveling in getting to be top options on teams continuing that postseason success.

"We started out with a great group of guys freshman year," said Bank, a junior. "We had some great seniors, some great leadership. And now they've kind of passed the baton off to us and we just want to keep running with in and keep winning and keep making the school proud."