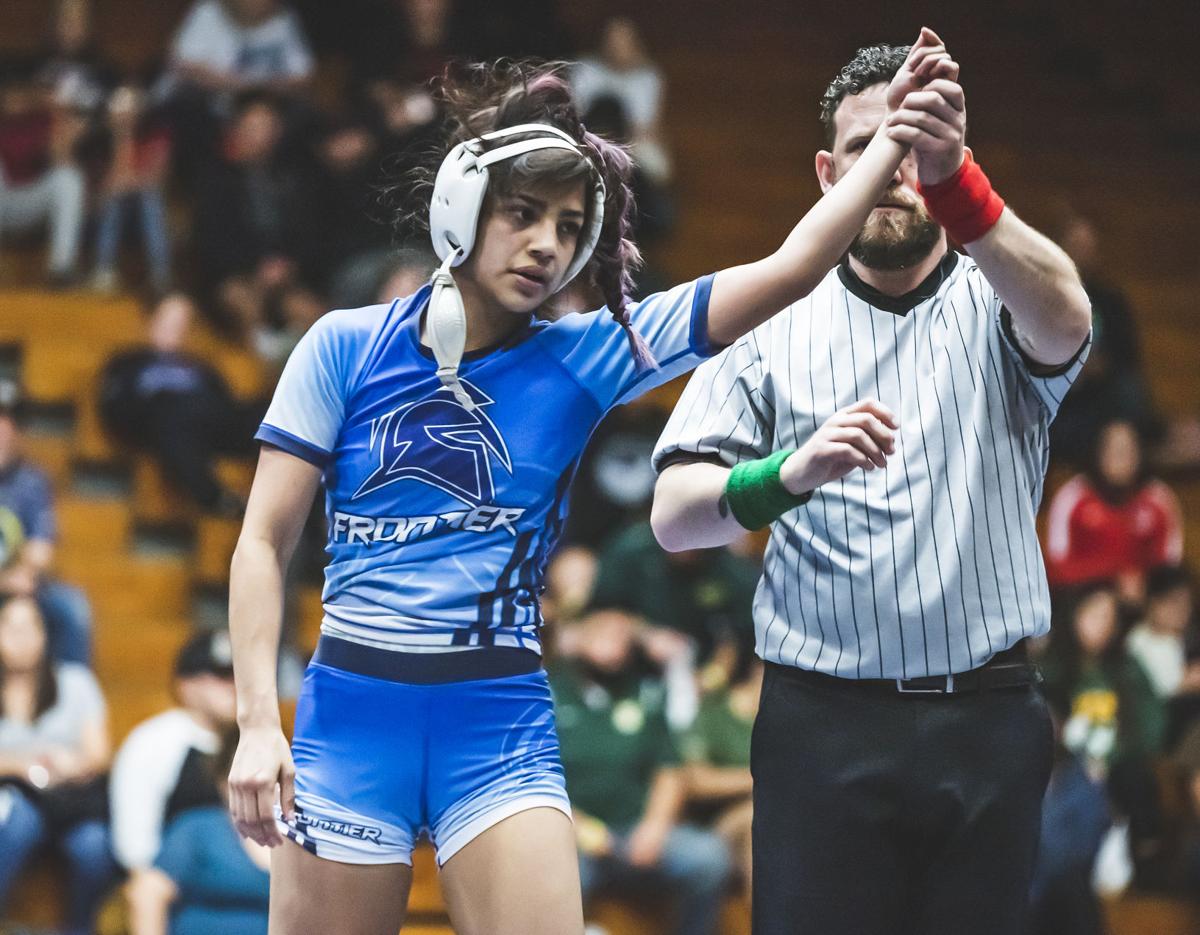 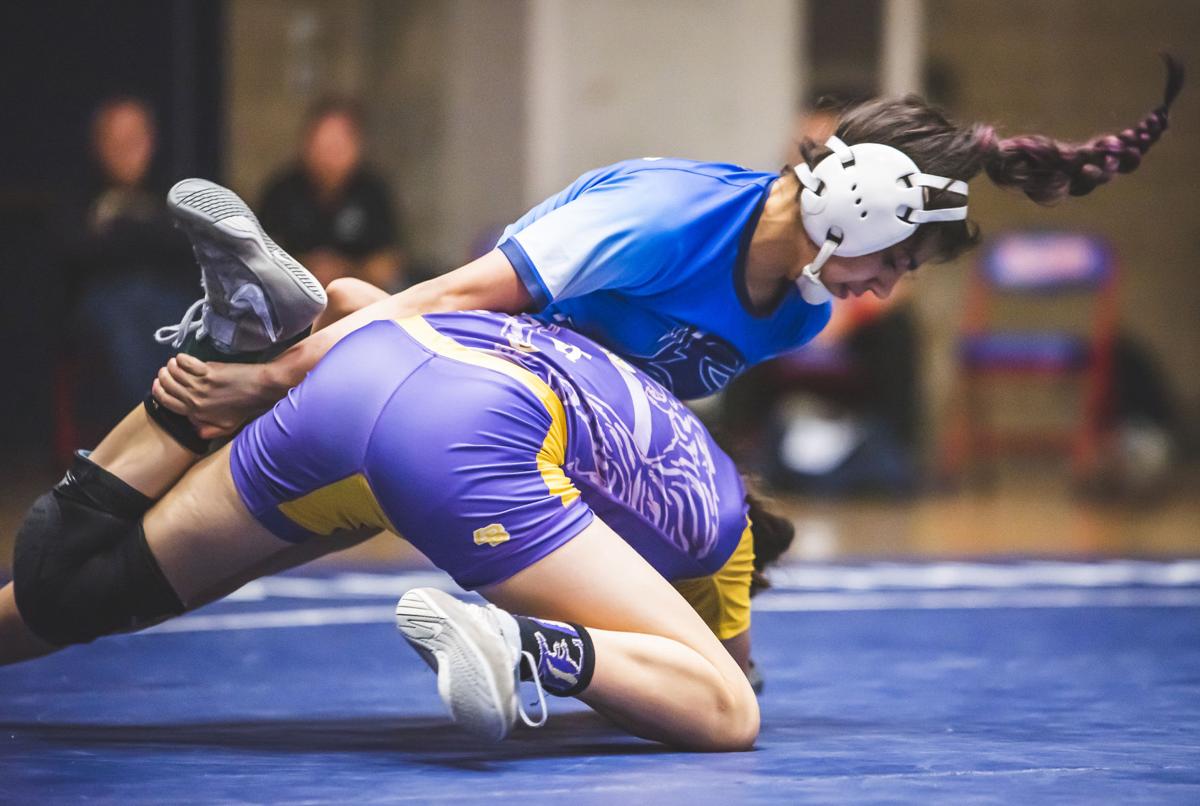 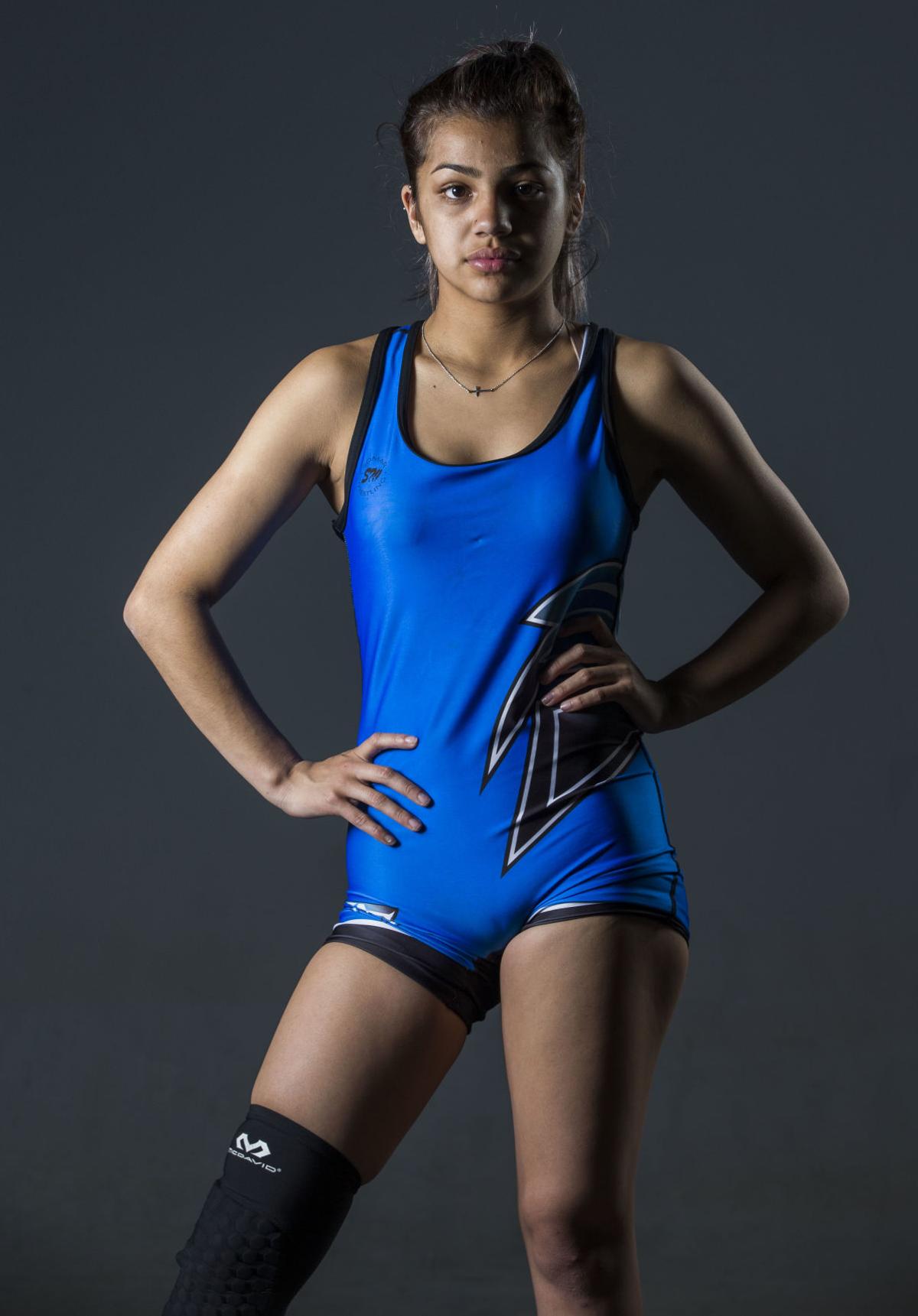 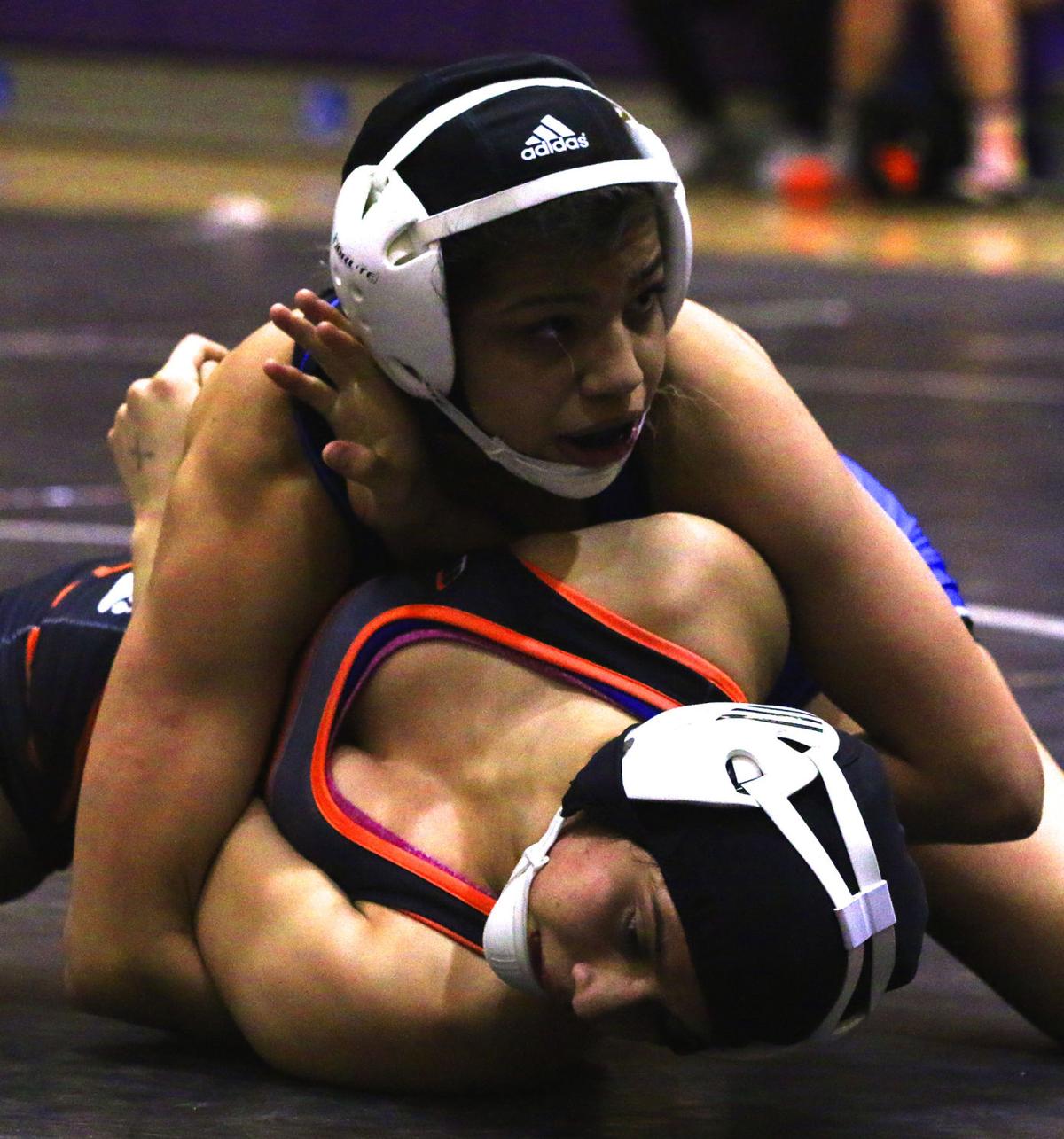 By every objective measure, Alyssa Valdivia is a very good high school wrestler.

As a 116-pound freshman at Frontier High School two seasons ago, Valdivia compiled a 35-3 record en route to a third-place finish at the state tournament. Her lone state defeat came to Rory Coscia, a Modesto-Enochs senior who won her second straight state title by the end of that weekend.

After missing last year with an ankle injury, Valdivia has returned even stronger in her junior season, compiling a 34-0 record as the Titans' 106-pound wrestler. This includes a dominant run at last week's Central Section Masters Tournament, where she won all four of her matches by pinfall.

In a sport where success is so heavily predicated on one-on-one dominance, you'd imagine Valdivia would have developed a high level of confidence in her abilities.

You'd be mistaken, however.

"I've never thought I was good," she said. "Still today I don't think I'm good at all."

So how does someone with a 69-3 high school record have such a high degree of self-doubt?

"I don't have a lot of self-confidence," Valdivia said. "I don't think highly of myself (the way) everyone else does. People can say one thing, but I just think another."

Many of the people she's referencing are expecting big things from Valdivia this weekend. She enters the 2020 state tournament, which begins at 9 a.m. at Mechanics Bank Arena in Bakersfield Thursday, as the top seed in her class.

And while she is incredibly critical of her abilities in conversation, Valdivia, a somewhat skittish interview who answers several questions through nervous laughter, says she's a different person on the mat, insisting all negative thoughts disappear when a match begins.

"Once I step on the mat and shake hands with my opponent, everything just leaves my head and I just go out there and wrestle as hard as I can," she said. "I try not to get too much in my head before the match and if I do, it's all gone within five seconds."

She credits much of her improved in-match mentality to Titans coach Brett Clark, who admits it's been challenging at times convincing Valdivia that she's talented enough to compete with anyone.

"We have our positivity talks before matches," Clark said. "I just try to reassure her she's really good. She kind of gets in that mindset where she doesn't know if she's going win all the time when she's clearly better than the girls (she's facing)."

Valdivia's mental resolve was tested in a different way during a difficult sophomore season, which ended before it even began.

Wrestling in a summer tournament in Texas, she came down awkwardly on her right ankle and was unable to finish the match. A trip to the doctor revealed multiple torn ligaments that put her on crutches for several weeks.

Attempting to return for the start of the high school season, Valdivia says the ankle simply never felt right, which forced her to make the difficult decision to shut herself down.

"It was horrible," she said. "I did not want to be off the mat, but I'd rather have gotten better than messed it up again doing something stupid."

When the Titans opened their 2019-20 offseason program, Valdivia said it still took awhile to feel like herself. Pestered by a voice in her head saying "Don't hurt yourself," she admits she spent the first month of the season attempting to get comfortable on the mat again.

Eventually though, she returned to full strength, which has been bad news to her competition. And with a perfect season within reach, her coach believes Valdivia is about to solidify herself as the top 106-pound high school girls wrestler in California.

"I think she's the best in the state at that weight," Clark said. "There are some girls who will challenge her but...if she's on, I don't think anybody beats her."

Valdivia is at least cautiously optimistic that a state title would help to silence her biggest critic.

"Maybe if I won state this year, I would maybe think I'm good enough to keep up with everybody else," she said.