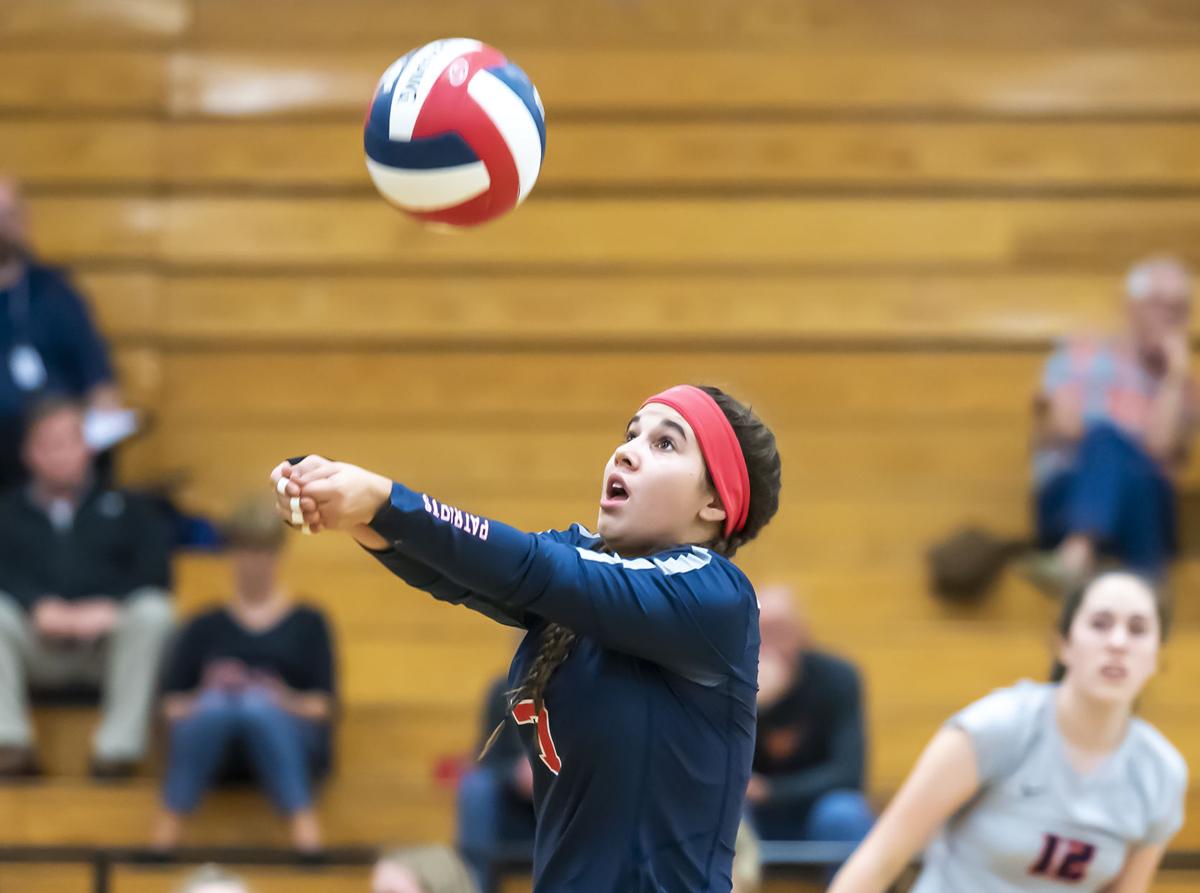 Jaleesa Caroccio passes the ball during the Central Section Division I semifinals against Arroyo Grande on Thursday night. 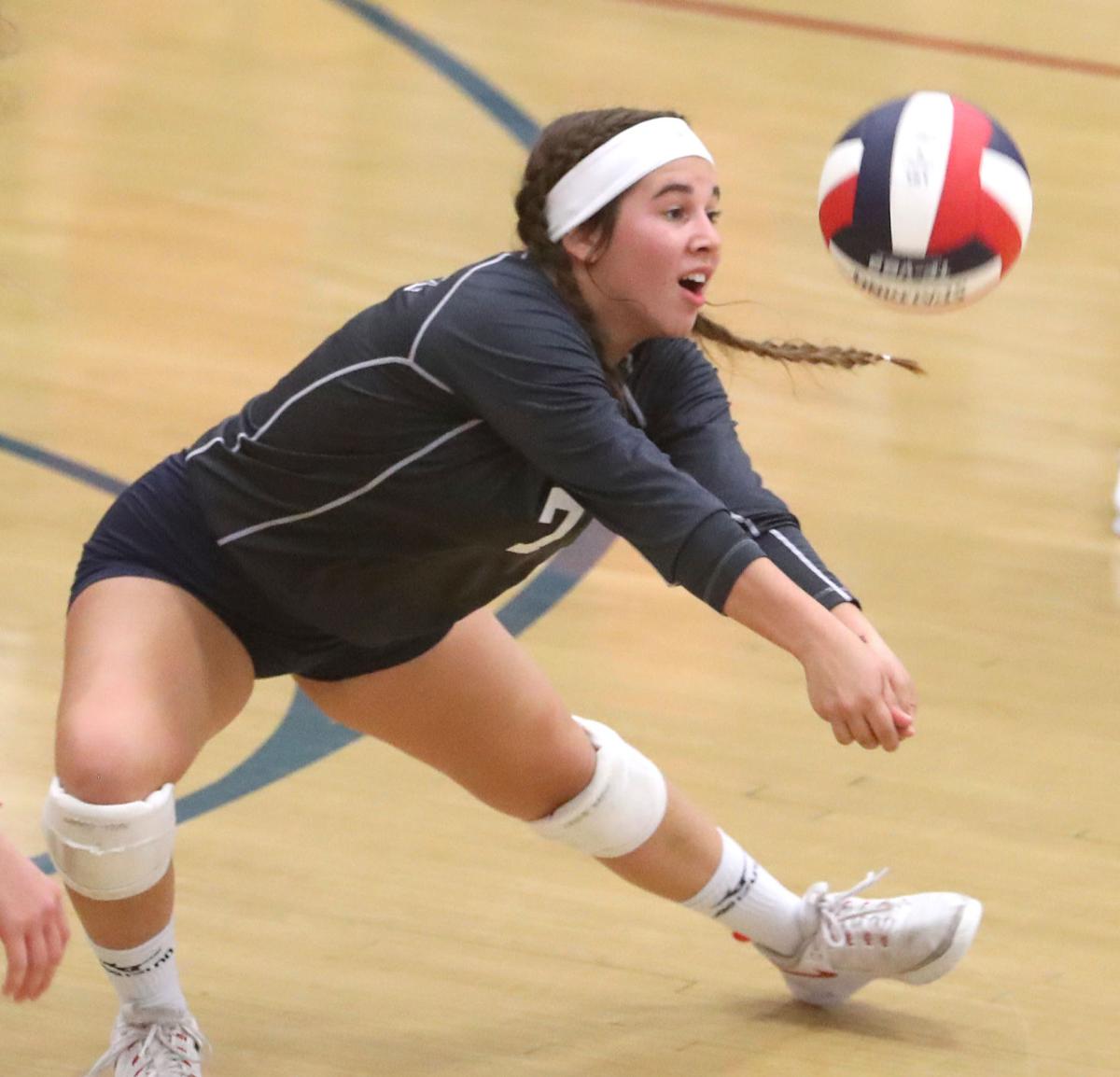 Liberty's Jaleesa Caroccio digs a return against Bakersfield High in 2018. 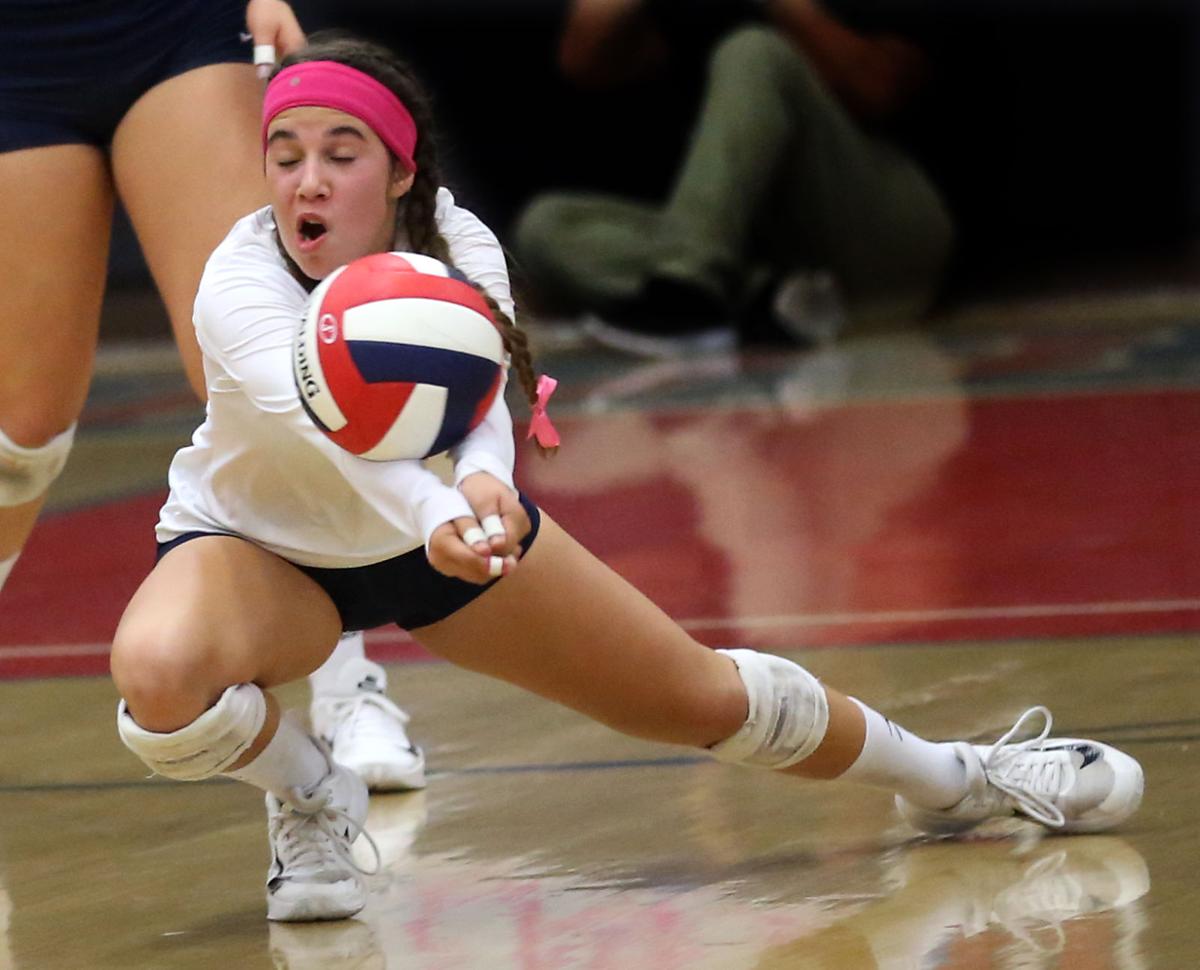 Jaleesa Caroccio of Liberty closes her eyes as she gets a dig during a 2017 match against Garces.

Jaleesa Caroccio passes the ball during the Central Section Division I semifinals against Arroyo Grande on Thursday night.

Liberty's Jaleesa Caroccio digs a return against Bakersfield High in 2018.

Jaleesa Caroccio of Liberty closes her eyes as she gets a dig during a 2017 match against Garces.

Before Jaleesa Caroccio even became a key player on her team, head coach Amy Parker knew she had something special.

During a freshman season spent mostly on the bench, Caroccio morphed into "the best cheerleader ever" for the Liberty volleyball team. Even though she was one of the youngest players on the roster, she was one of the most vocal, loudly cheering on a team that featured her sister Liana Caroccio in the libero spot.

By the time Jaleesa took over the libero role herself, that intensity carried over to the court.

"She would run through a stack of chairs if it meant she could get the ball back in play," Parker said. "She's going to give you 100 percent all the time."

That tenacity helped put Caroccio, the SWYL co-player of the year in 2019, on one of the biggest stages in college volleyball, as she signed to play at the University of Arizona Wednesday.

Jaleesa is again following a similar path as her sister. Liana is also a Division I athlete, currently in her sophomore season on the Equestrian team at Baylor.

On her decision to join the Wildcats, Jaleesa said "I knew when I went on campus that's where I wanted to go," adding that an immediate bond formed with the coaching staff only sweetened the deal.

Having decided on U of A weeks ago, Caroccio felt a wave of emotion when she put ink to paper in the school's PAC Center Wednesday afternoon.

"It's so nerve-wracking but so, so exciting," she said. "It's a lot of things going through your mind. I can't wait to go into practice and for the next four years just build up from there."

As she begins another freshman campaign, Caroccio will once again be low of the team hierarchy. But as she again attempts to carve out a role while competing with older, more established players, she doesn't expect her highly vocal approach to the game will change.

"I hope to make I on the court, but if not, I'll just do for my team what they need me to do, which is cheer them on every step of the way," she said. "I feel like your mindset is what makes you the player you are and (being talkative) has really shaped me into the player I am."

A number of local athletes are signing National Letters of Intent today on National Signing Day. Here is a list of those expected to put their…