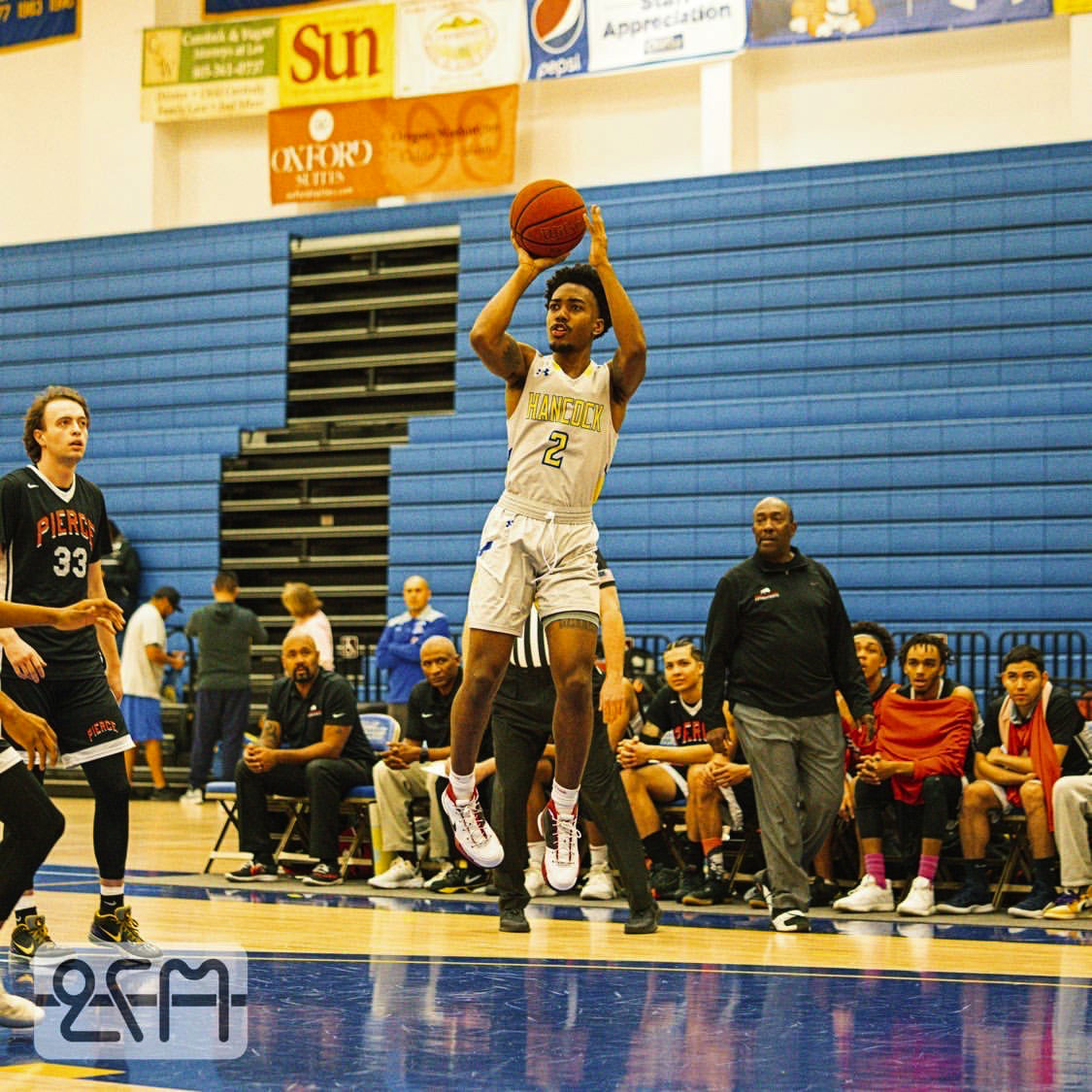 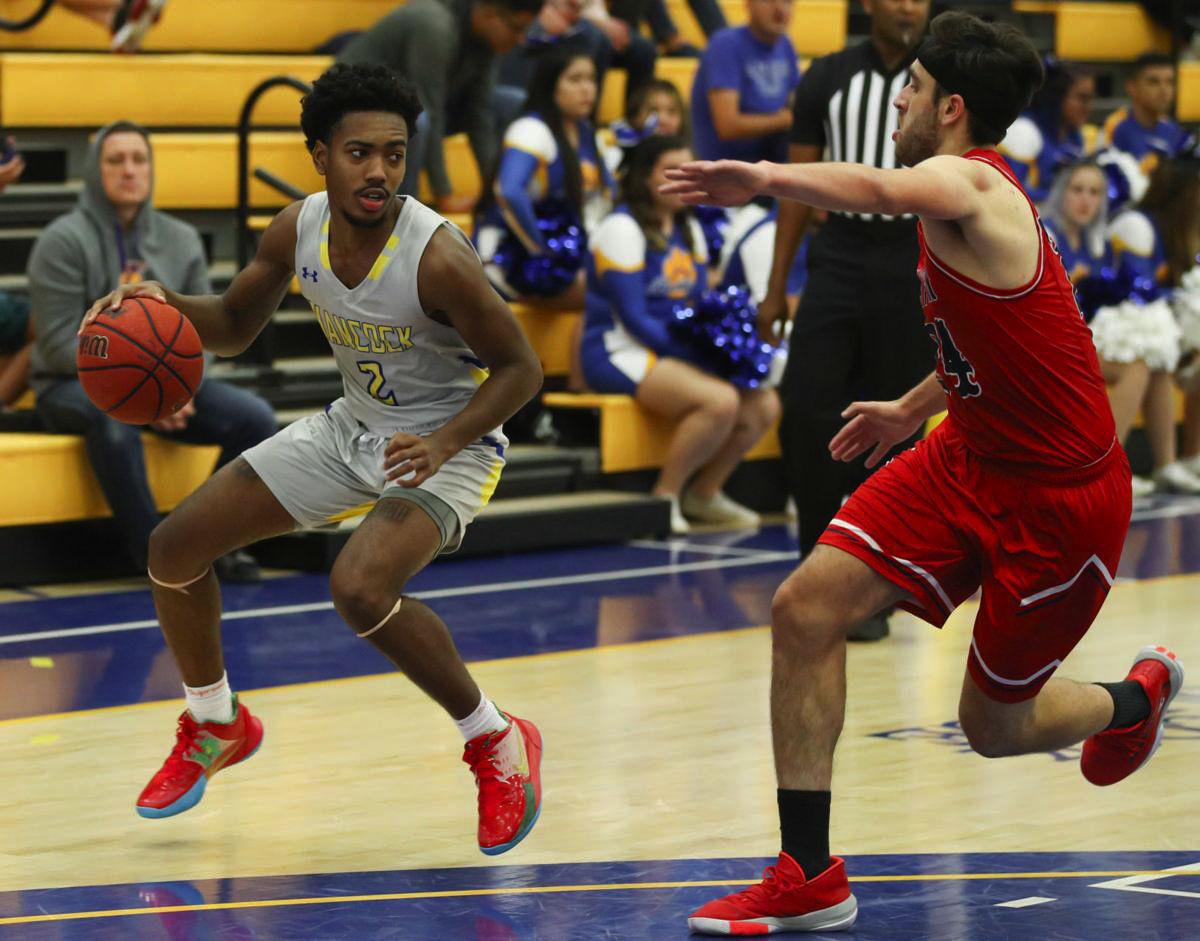 But following his senior season, the 6-foot-1 guard had limited options to play at a four-year college.

In the hopes of attracting more interest, Johnson attended an unsigned senior showcase as almost an afterthought. He signed up for the event so late, his name wasn’t even on the roster.

As it turns out, it was one of the best decisions he made. Playing for a team based in San Diego, Johnson attracted the interest of the coaching staff at Allan Hancock College in Santa Maria. And three years later, he got his wish when he signed with Holy Names University, an NCAA Division-II college in Oakland.

Playing in that type of environment will be a familiar feeling for Johnson, a two-year starter and captain for the Bulldogs, who were 46-14 during his tenure there.

“We are going to miss him dearly,” Hancock head coach Tyson Aye said. “I mean, that young man has been with us for three years. And one of the things I mentioned to him last week is, we won 69 games in three years with him a part of our program. And his imprint is all over our success these past three years.”

“He didn’t play on the floor the first year, he gray shirted for us, but he was integral in starting this string of success we have going on,” Aye said. “He practiced with us every day that first year and just improved where it was hard to take him off the floor these last two years.”

Although he was eager to get on the floor and contribute his first year at Hancock, looking back, Johnson is happy with his decision.

“At the time they had a lot of players on the team and I felt like I needed to develop anyway,” Johnson said. “Honestly, it was the best thing I could have done, (academically) and for basketball. I gained so much that first year being around such a good team, and I came ready to play the next two years.”

Once he joined the team in year two, his confidence began to grow with an extra year of maturity. He also benefited from more access to a gym, and he used that time to work on his game.

“I’ve always had a good work ethic where I want to work out and be in the gym, but when I got to the campus, the coaches did an excellent job working out with us and just making the gym available,” Johnson said. “I never really had it like that to that degree. And I saw other guys working out and it came to the point where I didn’t really want to be outworked. Every chance I would get, I’d try to get in the gym. I think I turned my jump shot around.”

Working hard has never been an issue for Johnson, which is one of the things that originally caught the eye of the Hancock coaching staff.

“In basketball terms, his motor runs hot at all times,” Aye said. “There’s no cruise control with Grant. He’s at the front of our press and he’s just harassing and defending people for 94 feet, and he just never stops.”

Aye was equally as impressed with Johnson’s intelligence on the floor.

“He’s very coachable,” Aye said. “When you coach him on a detail, you only have to tell him once, and he’s got it. So he’s a fast learner and he was bought-in to everything that our program was about. He played multiple positions for us. So I just had the confidence in him that I could put him wherever and he understood that position. As a point guard, he knew what to do, he never questioned it. He just said, ‘Yes coach,’ and he did it to the best of his ability.”

Johnson’s confidence blossomed even more heading into his sophomore season when he hit a buzzer-beater in a preseason showcase to beat a powerful Citrus team that reached the state final four the year before.

“It was crazy how it happened,” said Johnson of the winning shot. “It came down to the final seconds and we didn’t have any timeouts left. The play broke down and my teammates gave me the opportunity and I was able to hit the shot.

“That certainly helped my confidence and for a lot of my teammates, as well. After that we felt like we could (compete) with anybody, no matter who they set in front of us. And I felt like that personally. I knew at that point that no matter the level — D-III, NAIA, D-II, D-I, pro — I feel like I’m going to step up in front of anybody and give it all that I’ve got. And they’re going to have to respect me at the end of the day.”

That mindset will be important as he looks to the next chapter of his basketball life, playing for a first-year coach in Daniel Eberhardt, who is looking to build a winning culture at Holy Names.

“Whoever is up there at that program right now, Grant is ready to compete and take minutes from people, so I hope they’re ready,” Aye said. “That’s just the thing with Grant, there’s no fear. He just plays as hard as he possibly can. And I told Coach Everhardt up there. He’s looking to build a program, and Grant’s the kind of guy you want to start building a program around. He’s going to help establish a positive culture from Day 1.”

Good for Grant! He is an outstanding young man, who I had the pleasure to know when he attended Stockdale.