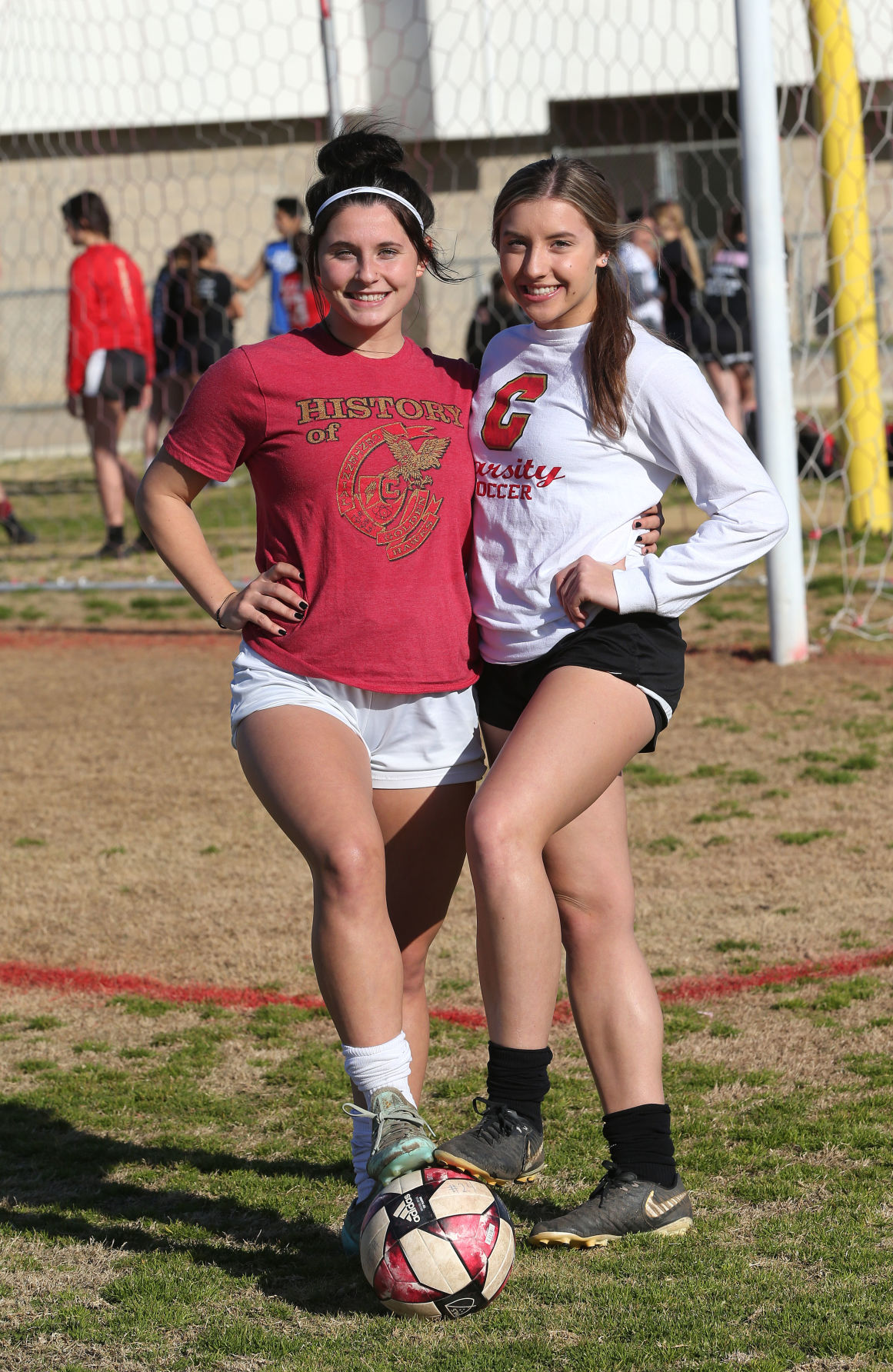 The Centennial girls soccer tandem of Mia Gangle and Gianna Valenti have been either teammates or rivals for over 12 years and hope to taste postseason glory in their final run together. 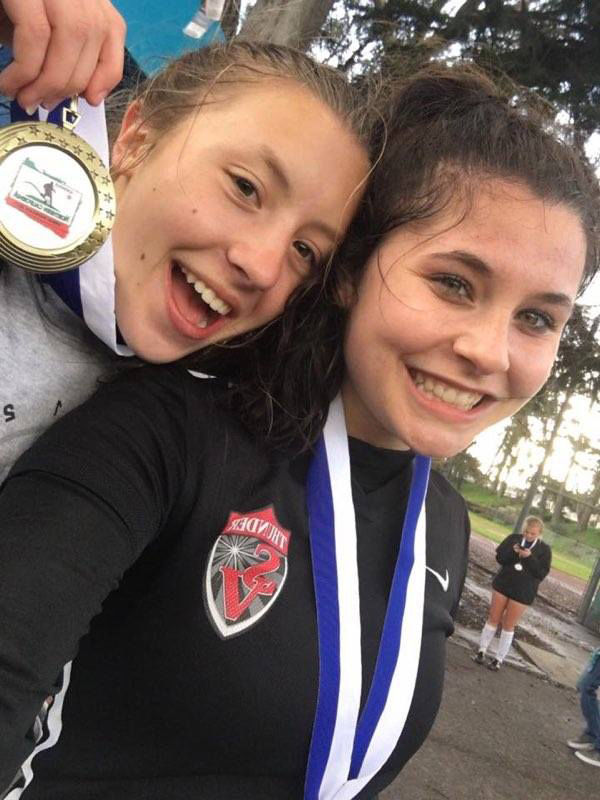 Gianna Valenti (left) and Mia Gangle show off medals they won during the 2017 Juventus Northern California Spring College Showcase. The Centennial seniors will both play at the Division-I college level beginning next fall.

The Centennial girls soccer tandem of Mia Gangle and Gianna Valenti have been either teammates or rivals for over 12 years and hope to taste postseason glory in their final run together.

Gianna Valenti (left) and Mia Gangle show off medals they won during the 2017 Juventus Northern California Spring College Showcase. The Centennial seniors will both play at the Division-I college level beginning next fall.

Even with their dreams of playing Division-I soccer just months from coming true, Gianna Valenti and Mia Gangle aren't ready to look ahead just yet.

For more than a decade, it's been rare to see one of the girls on the soccer field without the other.

It started when each was just 8 years old, working their way through the Bakersfield club scene. Gangle, a striker with breakaway speed even at a young age, immediately found an ideal running mate in Valenti, a cerebral player who always had a keen sense for finding the perfect passing lane.

"We scored the most amazing goals together," Valenti added. "We had the perfect connection."

As they got older, that connection faded a bit as the duo was split up. Gangle went onto compete with the LA Galaxy Bakersfield club team, while Valenti joined South Valley.

Though a bit of a rivalry did form — Gangle can be seen smiling a bit remembering how her Galaxy teams were 2-0-1 against Valenti and South Valley — the pair says getting the chance to play against each other did wonders for their games as they prepared to enter high school.

Reunited at Centennial High School, Gangle and Valenti have brought the best out of each other in a big way during their senior seasons this winter.

The midfield duo has developed into one of the most potent offensive combos in the area. Valenti leads the Golden Hawks with 10 goals and 12 assists, with Gangle adding eight goals, tied for the second highest total on the team.

Their scoring output is a big reason Centennial, which won just five games a season ago, holds a record of 14-4-3.

"You can see their chemistry and how one complements the other," Centennial coach Tom Ferralli said. "Their intensity is something that few have and I think that's why some get to the next level."

Initially, it appeared the next level would give Valenti and Gagle a chance to rekindle their youthful rivalry.

When she committed to continue her playing career at Cal State Bakersfield, Gangle anticipated she'd get to annually face off against Valenti, who signed to play for the Roadrunners' longtime WAC foe New Mexico State.

But with CSUB's impending move to the Big West, hopes of playing head-to-head over the next four years were dashed, ensuring that their time together on the field would end prematurely.

"This is really going to be the first time we haven't been playing with or against each other," Gangle said. "It does sadden me to know I'll be losing our little duo."

But if Gangle is to be believed, that duo won't be splitting up for some time.

Entering as the No. 1 seed in the CIF Division-II Championships, the Golden Hawks begin postseason play at home against No. 16 seed Mission Prep at 6 p.m. today.

Speaking with an unshakable confidence, Gangle says she and her teammates have prepared for this moment all year and has a simple message for any potential opponents.

"Come at us, honestly," she said. "That's been on our minds since the beginning of the season, since tryouts. We are so confident and we're fighting for this Valley ring. We want it. We know we can do it."