Luis Martinez, seen here during a 2016 Bakersfield College game against Allan Hancock, has made a smooth transition into the work force, currently working as a corrections officer in Kern County. A Ridgeview High School grad, Martinez played at CSUB as well. 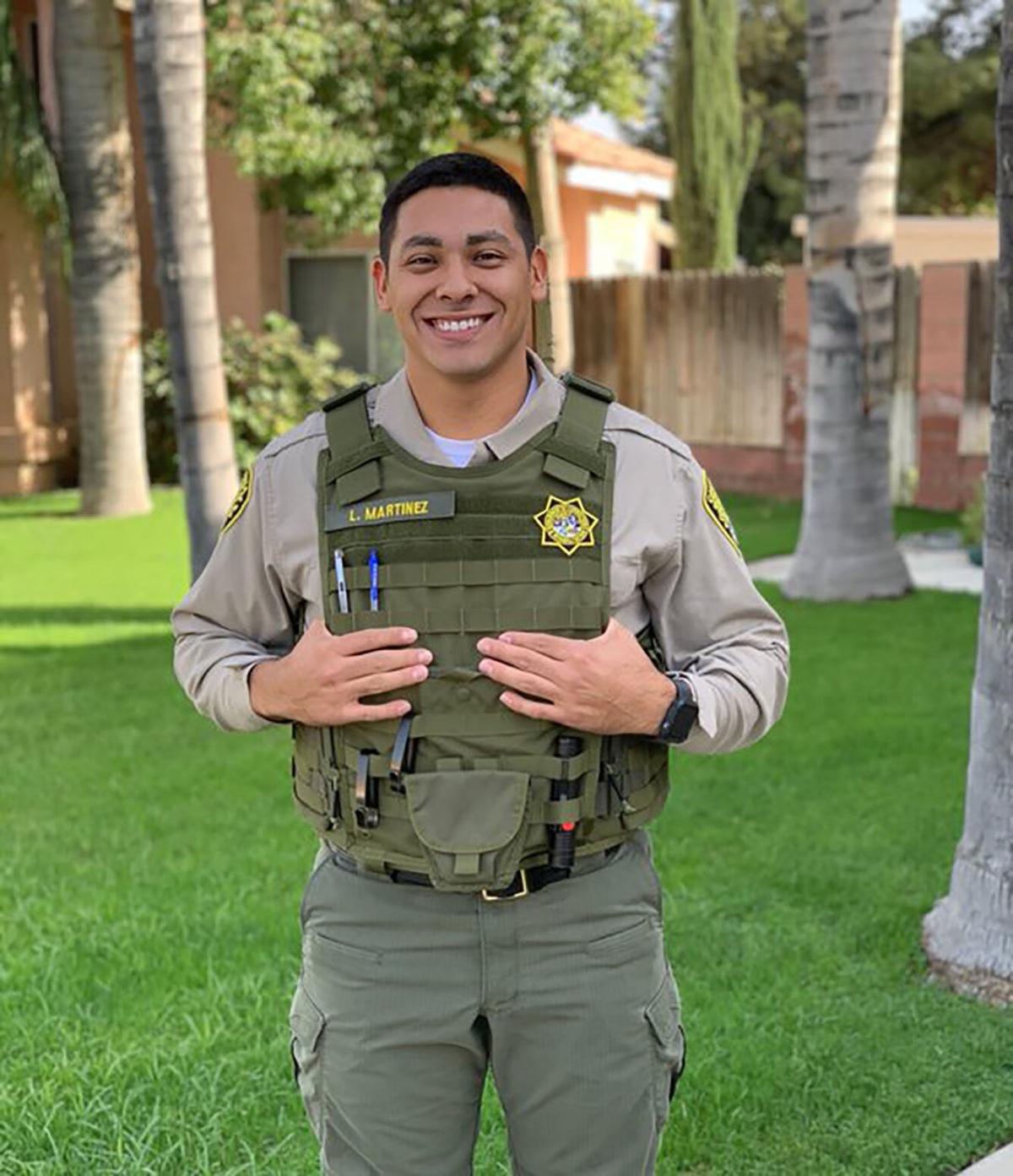 Luis Martinez, seen here during a 2016 Bakersfield College game against Allan Hancock, has made a smooth transition into the work force, currently working as a corrections officer in Kern County. A Ridgeview High School grad, Martinez played at CSUB as well.

When seeing what his brothers were able to accomplish on the baseball field, one might assume Luis Martinez always had a specific career path in mind.

Growing up, Luis witnessed one family member after another embark on a professional baseball career. This began when he was just three years old, as Octavio Martinez was drafted in the 10th round by the Baltimore Orioles in 1999. After a lengthy playing career, Octavio earned a World Series ring as the bullpen catcher for the Washington Nationals in 2019.

Brothers Juan, a 2006 draft pick of the San Francisco Giants, and Rolando Martinez have also had lengthy professional careers, playing extensively in both the United States and Mexico.

He also found collegiate success, first at Bakersfield College, then at Cal State Bakersfield. Luis drove in a team-best 32 runs as a sophomore at BC in 2016, then led the Roadrunners with five home runs in 2018.

But even as his skills appeared to be ascending, Luis' desire to continue playing was going in the opposite direction.

Though he says he enjoyed watching his brothers pursue pro ball, Martinez was struck by their exhaustive travel schedule. Constantly on the move and with little job security, the life of a low to mid-level professional baseball player wasn't something that appealed to him.

"I saw the things they go through, and they love it, they love the traveling and that lifestyle," Martinez said. "I'm very proud of my brothers and what they've accomplished in that sport but it just wasn't for me."

While less hectic in some regards, Martinez's current career path isn't exactly a breezy stroll through the park.

After graduating from CSUB with a criminal justice degree 2018, he spent time as a substitute teacher in the Kern High School District while pursuing a career in law enforcement. After an 18-month wait, he secured a job as a Kern County Corrections Officer, which he's held for the past seven months.

Though he hasn't been on the move like his brothers, Martinez's hasn't permanently eased into one position either, have already taken on three distinct roles in his short time with the department.

He began on first watch, a night shift where he was tasked with looking for "living, breathing flesh" to ensure inmates were ok. Shortly after, he moved to second watch, where his duties ranged from escorting inmates to medical appointments to regulating their meals.

Currently, he's on third watch, where he says his primary goal is regulating who comes in or out of a facility from a control booth. There is, however, a more dangerous side to this job, and while he hasn't had any issues yet, Martinez insists he must be on high alert at all times.

“If something were to happen, typically the control booths are the ones that shoot," Martinez said. "I’m up there with the guns and if anything pops off, I’ve got to stay ready.”

Currently, Martinez is working towards finding a less dangerous position that will allow him to incorporate his education background into his current field.

Hoping to become a counsellor within the correction system, he's attempting to secure his teaching credential, which would allow him to work with inmates aiming to improve their education, be it through getting a GED or even a college degree.

Having seen him bring a persistent positivity into the clubhouse at CSUB, Roadrunner head baseball coach Jeremy Beard says Martinez is perfectly suited for the career path he's pursuing and expects he'll have a profound impact on those he works with.

"He has compassion and grace and an ability to find the good in people and bring out their best," Beard said. "You don't ever hear him putting a negative spin or twist on anything. He always finds the light in situations that can help the environment he's in."

And while a small part of him wonders if he too could have reached the athletic heights of his brothers, Martinez says people shouldn't expect him to put his law enforcement dreams on hold for a return to the diamond.

"The ability (to play professional baseball), I don't know if it was there or not, but maybe I could have tried to go play in Mexico with my brothers," he said. "But I just felt like my passion wasn't there for the game anymore. I'm good where I am now. I think I can make a difference."