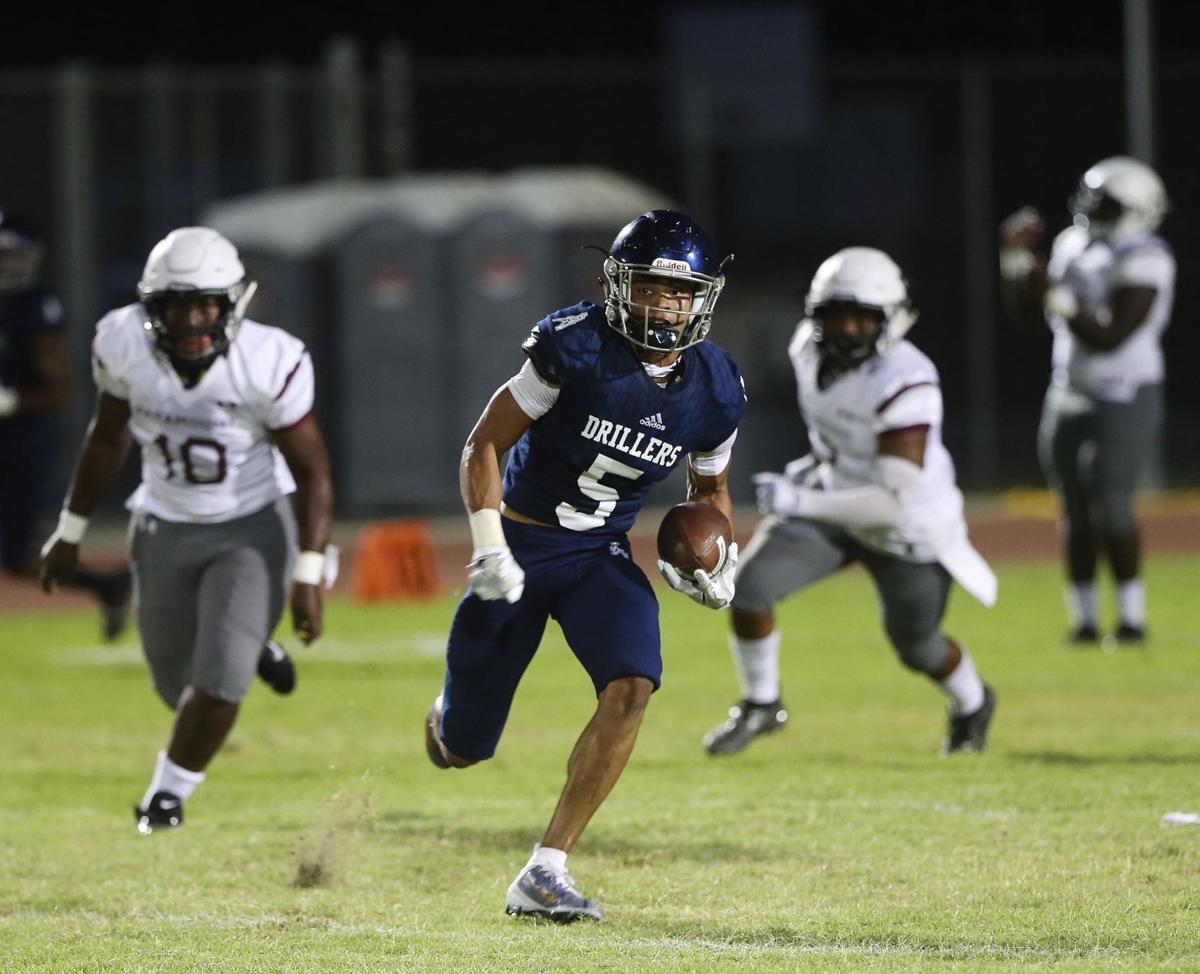 BHS's Isaac Jernagin runs for a touchdown against Paramount in Week 3. Jernagin signed an NLI with the University of Nevada Wednesday. 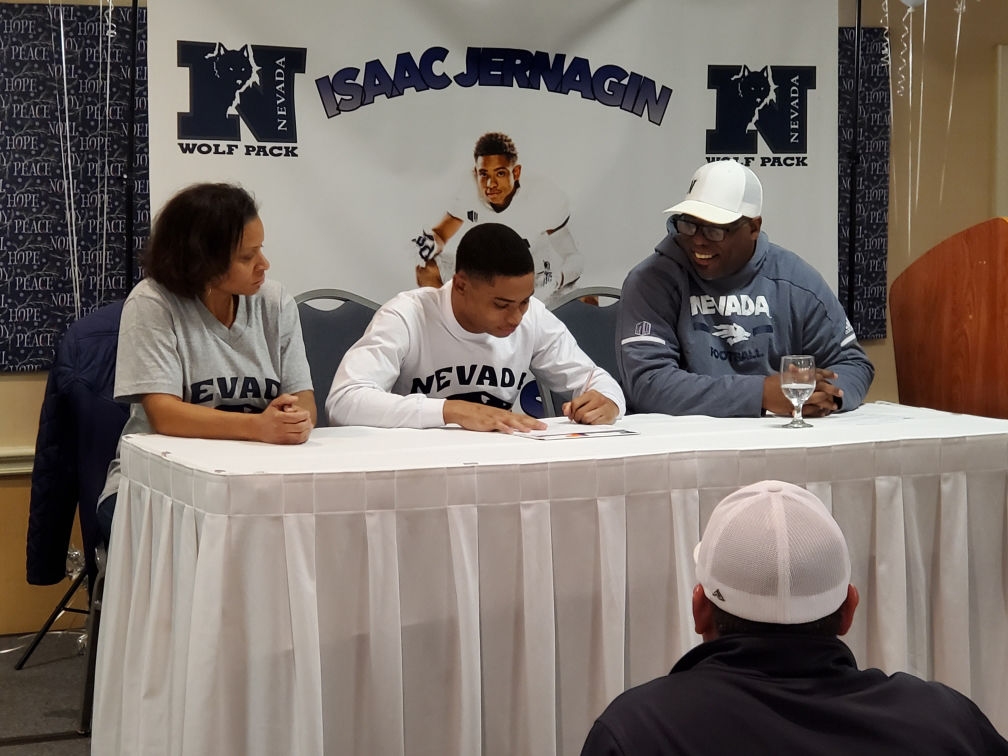 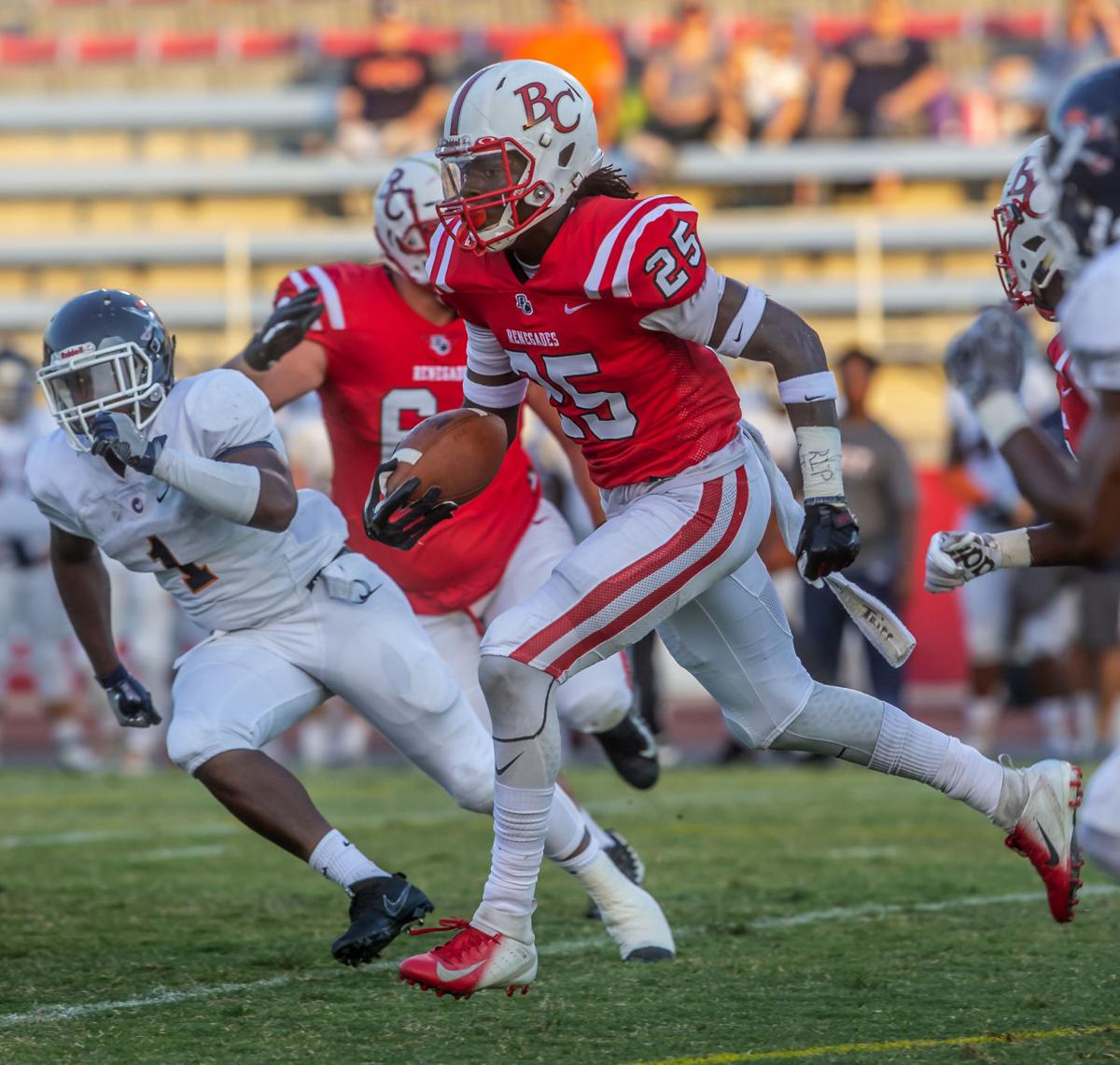 BHS's Isaac Jernagin runs for a touchdown against Paramount in Week 3. Jernagin signed an NLI with the University of Nevada Wednesday.

Too young to play youth football at age three, Isaac Jernagin used to tag along during his brother's practice, hanging out on the sideline and even attempting to get involved with drills.

That dedication to the sport seemed to set the stage for Wednesday, as Jernagin, now a soon-to-be-graduate of Bakersfield High School, moved onto the next level when he signed a National Letter of Intent with the University of Nevada.

"I love the culture, the coaching staff, the atmosphere," Jernagin said of Nevada. "The players make you feel like home when you’re there. You never get a bad vibe from any coaches.”

Jernagin, who will play receiver with the Wolf Pack, plans to graduate from BHS early and will be enrolled when U of N begins its spring semester on Jan. 21. He hopes his early enrollment will help him get better acclimated with the playbook and lead to playing time as a true freshman in 2020.

While Jernagin -- who plans to study Kinesiology and eventually become an athletic trainer -- does have post-football aspirations, he expects he's a long way from having to follow through on them.

"I’m going to be excited because I know if I do good, that’s just the start of (a run to) the NFL," he said. "And that’s what I want to do. Just knowing that I’m on the right path to what I want to do in life is just amazing and exciting for me.”

BC standout Harrington heading to Norman

Justin Harrington has always believed he belonged on the biggest of college football stages.

The University of Oklahoma agreed.

After receiving several Power Five offers, Harrington says he also gave serious consideration to attend Oklahoma State, but instead elected to be on the Sooner side of the Bedlam rivalry.

Playing with one of the most decorated programs in college football history, Harrington expects to feel right at home.

"I just felt like I’m supposed to be on that level," he said "I’m that caliber of a player. So I don’t feel overwhelmed by anything. It’s finally set in stone now so it’s time to go.

"I just feel like that was the right place for me. It's a winning situation."