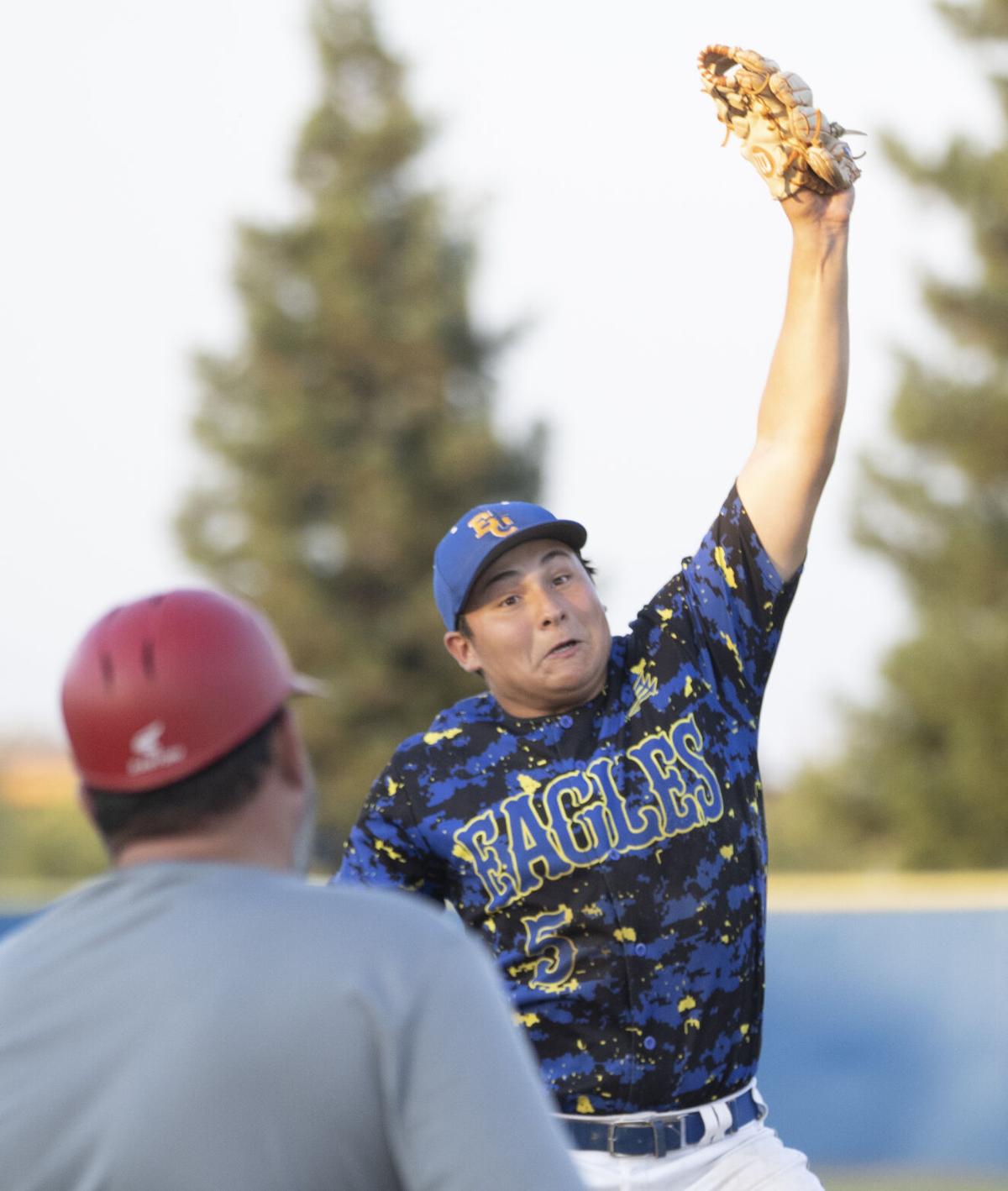 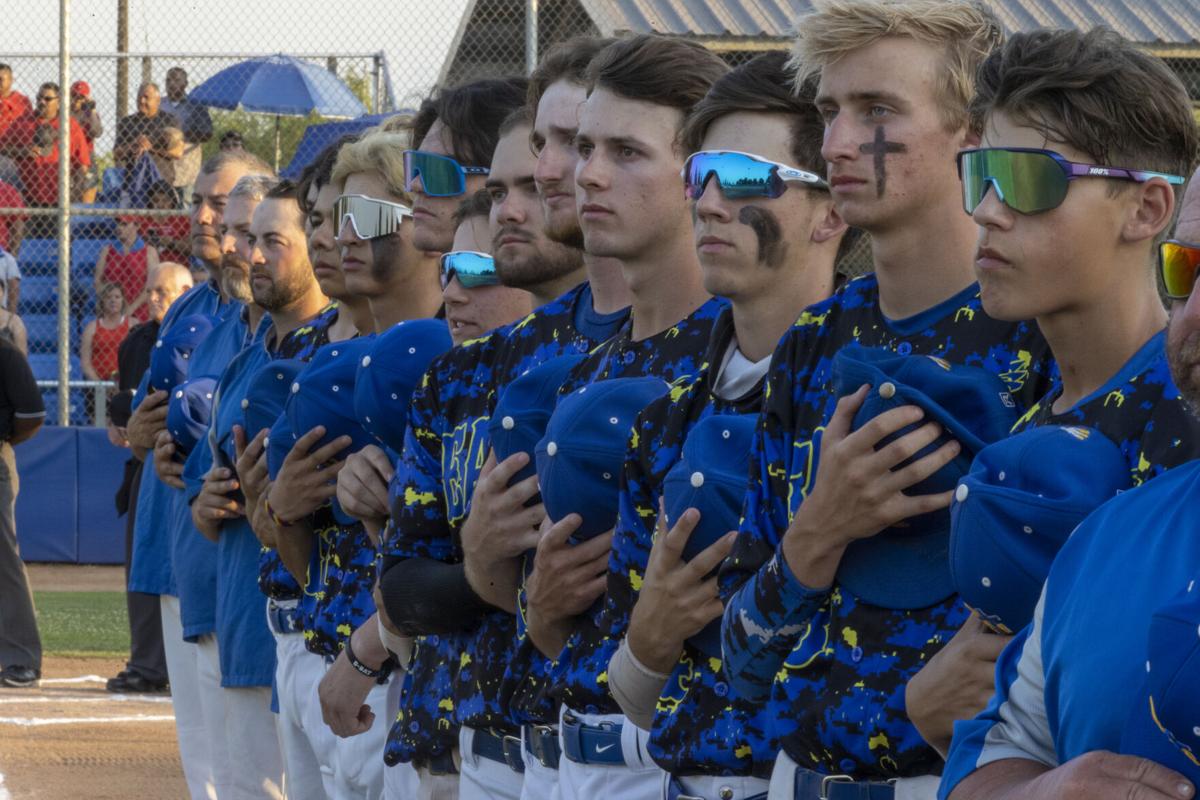 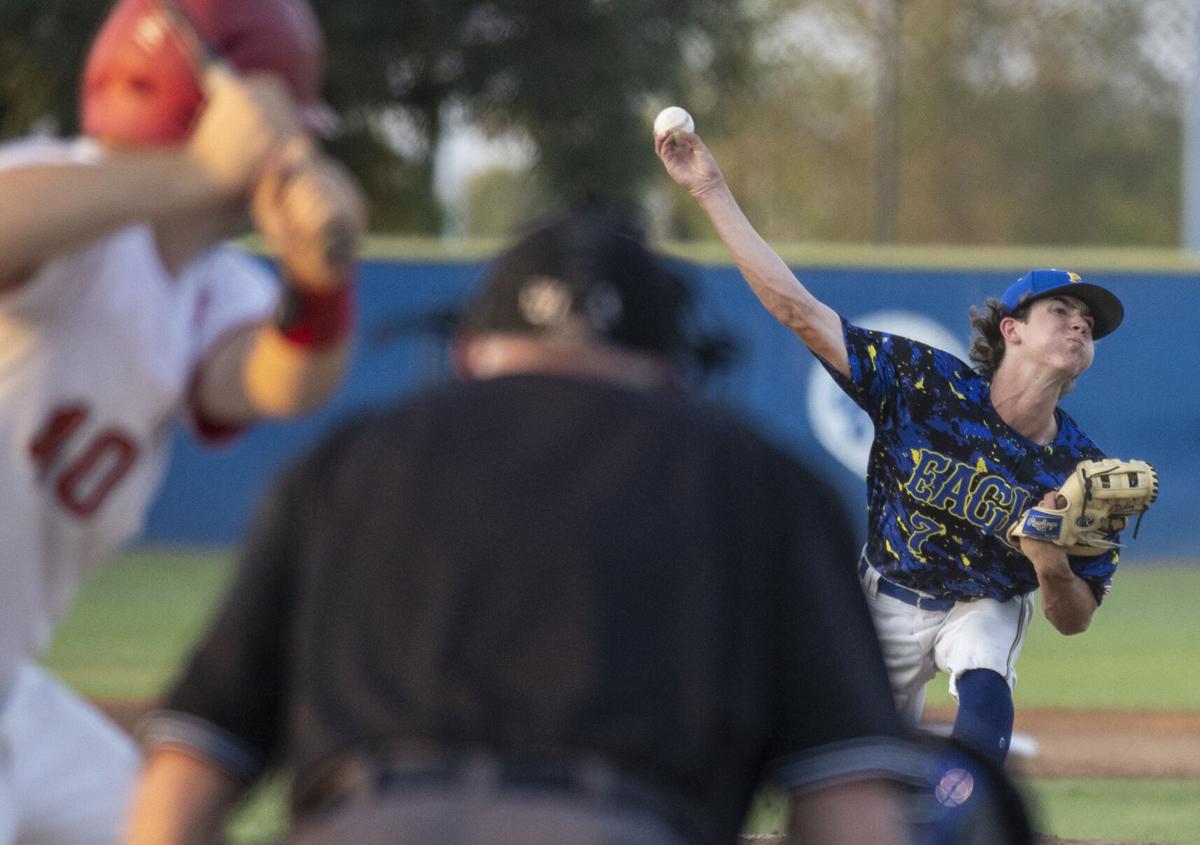 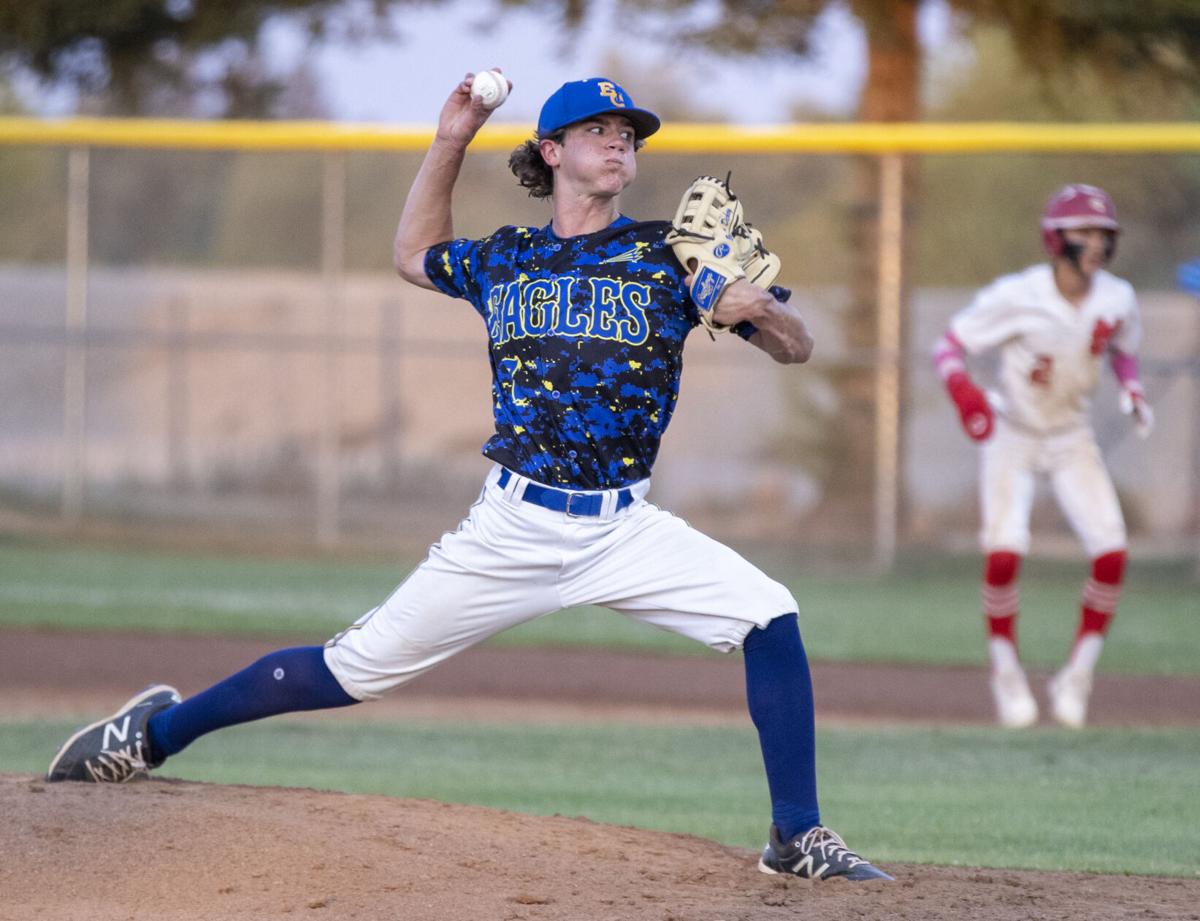 But after a decade of waiting to capture a championship crown, one bad defensive inning wasn't enough to derail BCHS' hopes.

Jace Sherley drove in three runs and capped a four-run fifth inning with a go-ahead RBI double and the Eagles came storming back from a three-run deficit, adding seven more runs in the sixth en route to a 14-6 championship game win over Santa Maria.

A positive outcome didn't seem all that likely in the top of the fifth, when three Eagle errors opened the door for a four-run Saint inning that put them ahead 6-3. But even in a defensive disaster, one web-gem worthy play in right field by Mason Brassfield seemed to turn the Eagles' fortunes.

With a runner on second and one out, Brassfield hauled in a fly ball near the right field foul line, then threw a bullet to third base, gunning down the runner for the inning-ending double play.

Sensing his players were fired up after Brassfield's big play, BCHS head coach Mark Ratekin didn't feel compelled to deliver a big speech to his offense.

"I didn't say anything," Ratekin said. "They knew they had a job to do and I knew they could do it."

And do it they did, with a little assistance from the Santa Maria defense.

A one-out Saint error gave the Eagles their first base runner of the fifth, before Evan Cloyd put runners on second and third with a double.

Next batter Manny Herrera made it 6-5 with a two-run single, before eventually coming around to score the tying run on another error. Sherley then gave BCHS the lead for good, as the Saint right fielder misplayed his high fly ball that ended up rolling all the way to the wall.

Sherley added another RBI during a marathon sixth inning, where the Eagles had eight hits and scored seven more runs, all of them coming with two outs.

Herrera, Chano Gonzales and Jacob Minnear also had two RBIs for the Eagles, with Gonzales and Minnear doing their damage during the seven-run sixth inning.

The Eagles enter next week's Regional play having won 12 straight games, all of those victories coming by at least three runs. Naturally, their confidence is sky high heading into the season's final stretch.