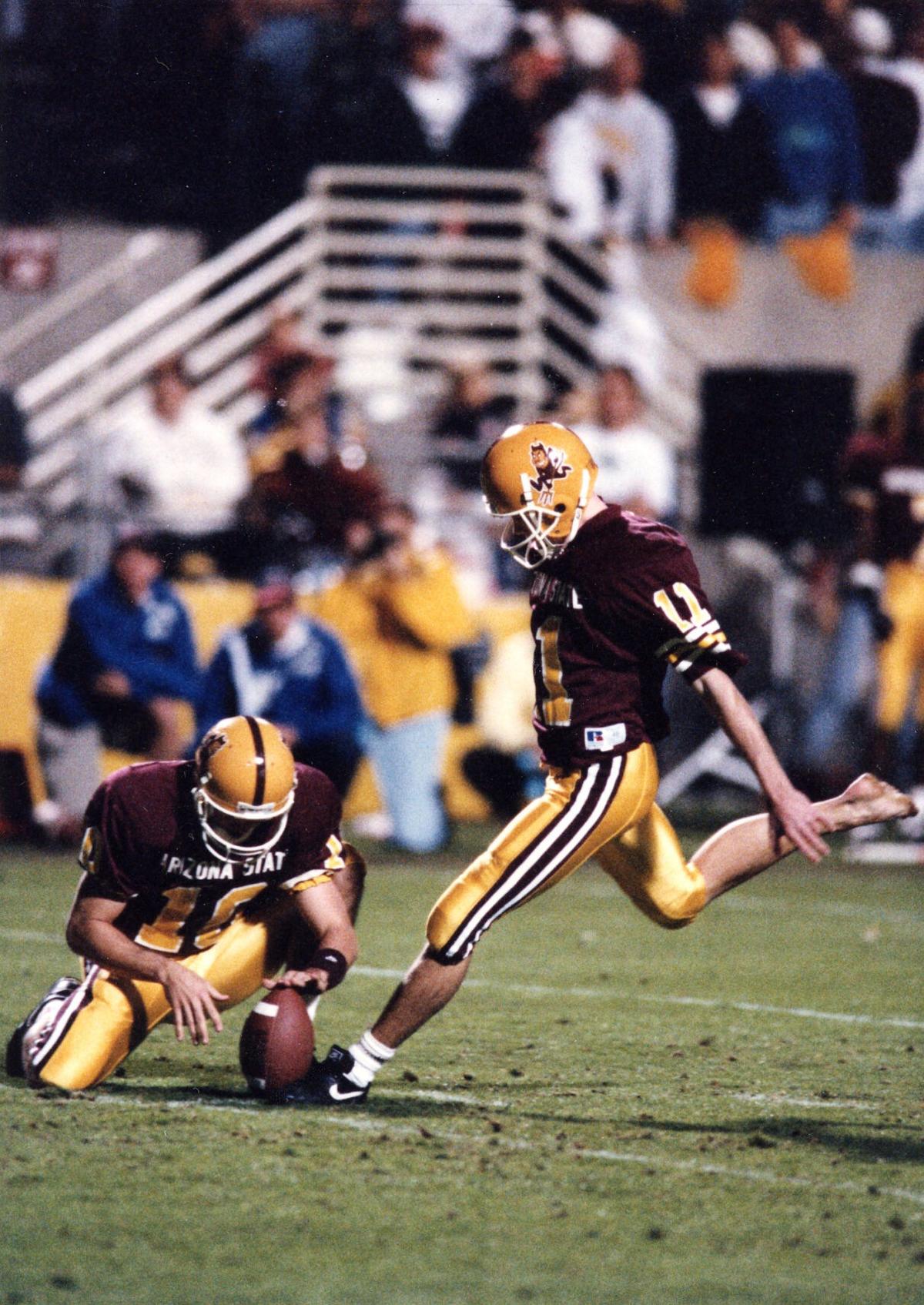 In his nine years playing professional football, Jon Baker rarely got to experience the comforts of job security.

Baker, a star athlete at both Foothill High School and Bakersfield College, began a very well-traveled career as a kicker after going undrafted out of Arizona State in 1995.

Starting out as a rookie kickoff specialist in Dallas, Baker was released after three games and wouldn't see the field in a regular season NFL contest for over four years.

Following training camp stints in San Francisco and Miami, he was signed as a kickoff specialist for Kansas City at the end of the 1999 season, where he played two games and wasn't re-signed the following year.

He also kicked for the Scottish Claymores of NFL Europe, the Edmonton Football Team and BC Lions of the Canadian Football League and even had a hometown reunion with the now-defunct AF2's Bakersfield Blitz, where he ended his career in 2003.

"I've been hired and fired by just about everybody," Baker joked.

Since hanging up his cleats. Baker's employment situation has stabilized.

Looking for a new challenge but wanting to stay in sports, he found what he was looking for when the Denver-based ProStar Sports Agency, who represented him during his playing career, offered him a job.

"I was 30 at the time and decided I didn't want to be 40 before I tried something new," Baker said.

He began his run a ProStar in 2003 and has been there ever since. He currently serves as the vice president of an organization that represents roughly 100 clients, including five-time Pro Bowl pass rusher Cameron Wake and 2019 Super Bowl-winning kicker Dustin Colquitt.

Working almost exclusively in football, ProStar's clientele has a roughly 50-50 split between players and coaches.

After enduring so much uncertainty in his playing career, Baker is putting his experiences to good use.

One of his primary responsibilities is working with rookie clients to mentally prepare them for the challenges of making an NFL roster. Unheralded rookies are likely to have a more difficult time than usual in 2020, as COVID-19 forced teams to scrap offseason workouts and caused the league to cancel all preseason games.

Having spent close to a decade on the roster bubble, Baker fully understands the challenges these players are facing, and believes he has unique insights into how to help them.

"Having a player who’s competing for a spot in training camp, knowing what it’s like to have to perform every Sunday or you could lose your job, that’s a different world that not everybody’s familiar with," he said. "Just kind of knowing that side of it helps and give some value to the guys that we represent in having somebody in your corner that knows what you’re feeling.”

He's also aimed to be an ally to players and coaches in his hometown.

After his father William Baker was hired as the team doctor in 1978, a six-year-old Jon became a fixture at Bakersfield College football games, spending his autumn Saturday's on the sideline working as a ball boy.

Having grown up around Bakersfield athletes and coaches, Jon, who also spent seven seasons as the jumps coach for the Renegade track and field team, says he's maintained a soft spot for local talent, and has often sought to represent them at the pro level.

“He has an affinity for and a real caring approach to those athletes and those coaches, and I think that's in large part to his experience (at BC)," William Baker said. "A lot of them were like family to us and I think he has a real sense of commitment to those guys when he represents them.”

He's also proven to be of great assistance to those in the coaching ranks.

R. Todd Littlejohn, who was hired as BC's football coach in January, has known Baker for over 30 years and has been represented by him since 2006. Having spent years out of the area, Littlejohn says having an agent who's tuned into what's happening in the local football community proved helpful as he stepped into his new role.

"Obviously he has a vested interest because (he's) so heavily involved in the program," Littlejohn said. "He can point out people to me that I need to get involved with. When you’re gone and you’ve been away for so long, your pool of people might get smaller. He’s been great for me because I can talk to them and get information for all things.”

With years of work still in front of him, Baker hopes his list of local clients will continue to grow.

“I think it’s a priority and an obligation for me to be available to help any of those people," he said. "I know where they come from and I probably know a lot of their high school coaches or teachers, or even their family. They have someone they can lean on that’s been where they want to go.”