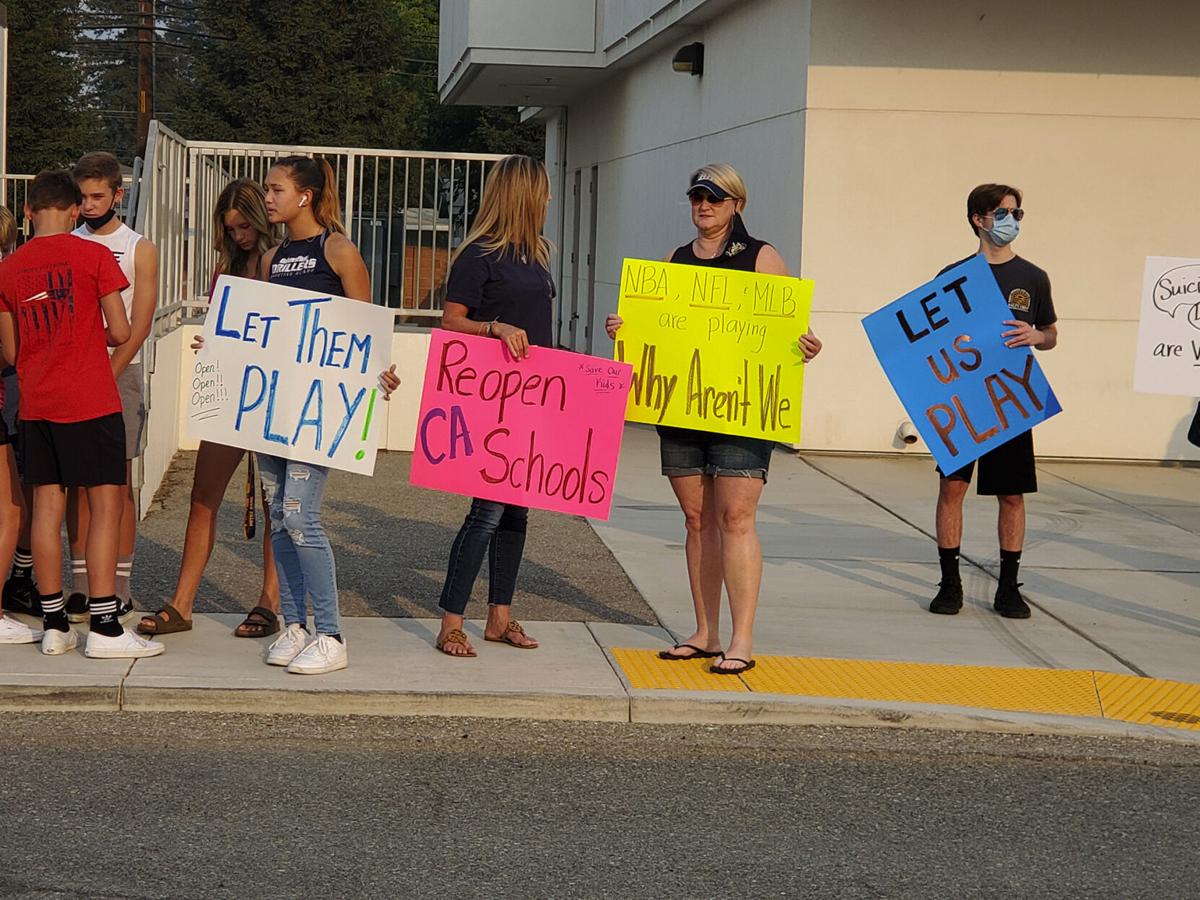 Parents and students voice their support for the start of fall sports in Kern County. 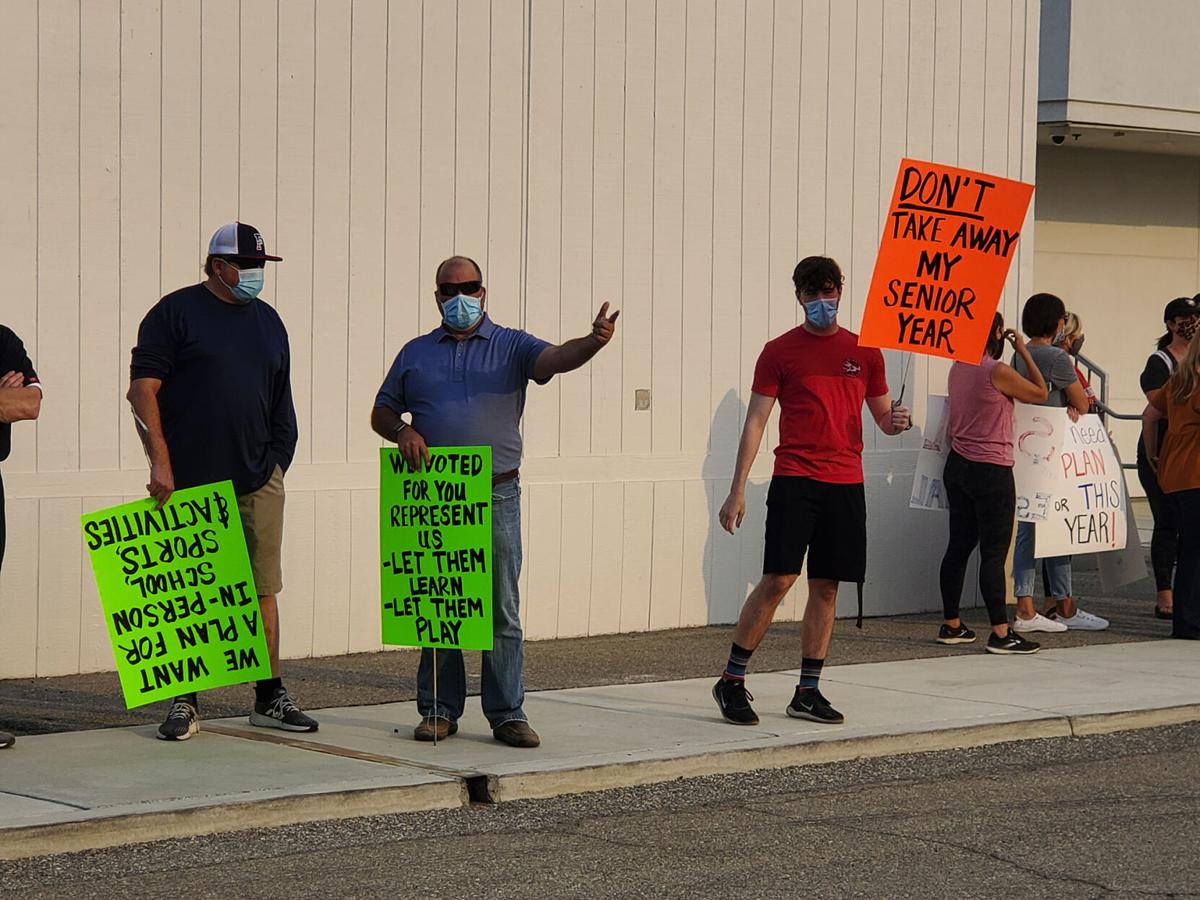 Parents and athletes hold a demonstration in front of the Kern High School District Office prior to a Board of Trustees meeting on Monday. 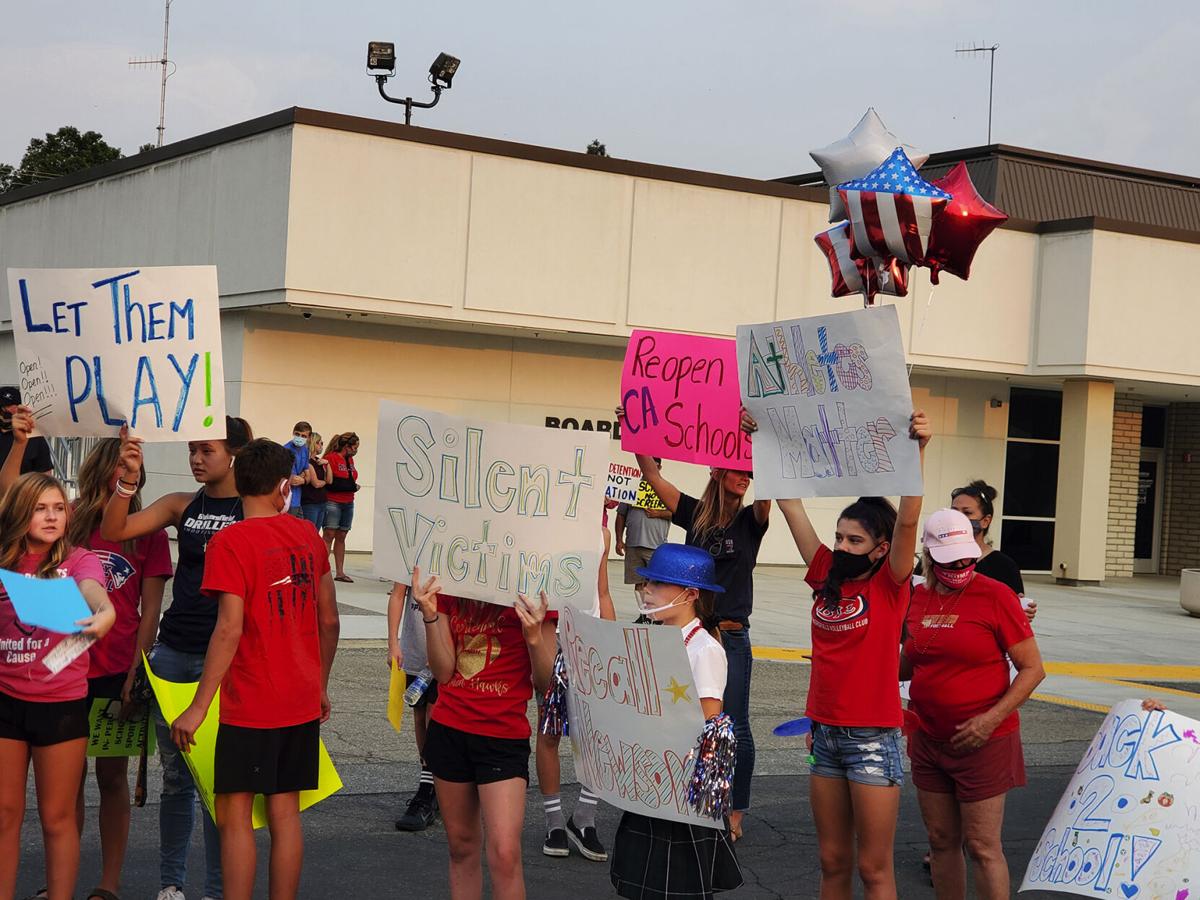 Participants lobby for a return to sports in Kern County.

Parents and students voice their support for the start of fall sports in Kern County.

Parents and athletes hold a demonstration in front of the Kern High School District Office prior to a Board of Trustees meeting on Monday.

Participants lobby for a return to sports in Kern County.

Still unable to take the field with his team, Brayden Blevins is starting to miss the things about football he usually hates.

Since COVID-19 halted all CIF activities in March, local athletes like Blevins, a senior kicker on the Liberty football team, are still waiting for a chance to return to their respective fields and courts, and the time away is putting a strain on them mentally.

"I miss summer conditioning, working in the heat," Blevins said. "I miss waking up at 5 a.m. I just miss the team bonding. It's been a rough year of change."

Blevins' frustration is being felt throughout the county, as seven months of inactivity is proving costly for several local student-athletes who are missing out on opportunities to showcase their talents to college coaches.

"I want to have an opportunity to play at the next level and have coaches look at me and there’s a lot of uncertainty," said Devon Sundgren, a junior who plays football, basketball and runs track at Shafter. "I want to play sports. That's it."

For Samantha Garcia, a sophomore basketball player at East, the immediate sadness of the canceled season in March still seems fresh, as she and her Blades teammates were set to compete for the Division V state championship, only for the game to be called off.

Athletes and parents had a chance to make their voices heard on Monday, as roughly 100 people from throughout the county held a demonstration in front of the Kern High School District Office prior to a Board of Trustees meeting.

A group of protesters, many of whom were holding signs, chanted slogans such as "let us play" and "bring us back" as trustees entered the board room.

The event was organized by Bakersfield native Melissa Higbee, the mother of two student-athletes at Liberty High School.

Currently, Kern County is unable to host sporting events. In a recently revealed COVID-19 reopening plan by the state, Kern County was in the purple, or "widespread" tier, where it has remained for four weeks. Purple counties have more than seven cases per 100,000 residents.

To progress forward, Kern would have to be in the second-most restrictive red tier, a four-to-seven-per-100,000 residents model. To reopen, it would have to stay in the red for 14 days.

Knowing certain elements were out of the board's hands, Higbee said the purpose of protesting was to fast-track a decision when Kern enters the red tier. The county will know if it has moved into the red on Tuesday.

“There’s a way to figure this out," Higbee said. "We want them to have a place to make it happen. We can’t just sit back and wait for people to make the right decision. Our kids will have to show them physically what they want. We have to show them by standing here and seeing how many people they’re affecting with their decisions.”

Knowing that schools would have to make major adjustments to operate in a post-coronavirus world, Higbee hoped Monday's protest would ensure a quick return to action on the field of play.

"We want them to be ready," she said. "It's the best for the kid's mental and physical health. They're isolated, they're depressed and they need all this."

There was some hope revealed at the end of the Board of Trustees meeting, as the board did approve a a motion "to return in-campus athletic activity conditioning," provided Kern County can enter and stay in the red COVID tier for 14 days. Schools would be able to commence conditioning as early as Oct. 26.