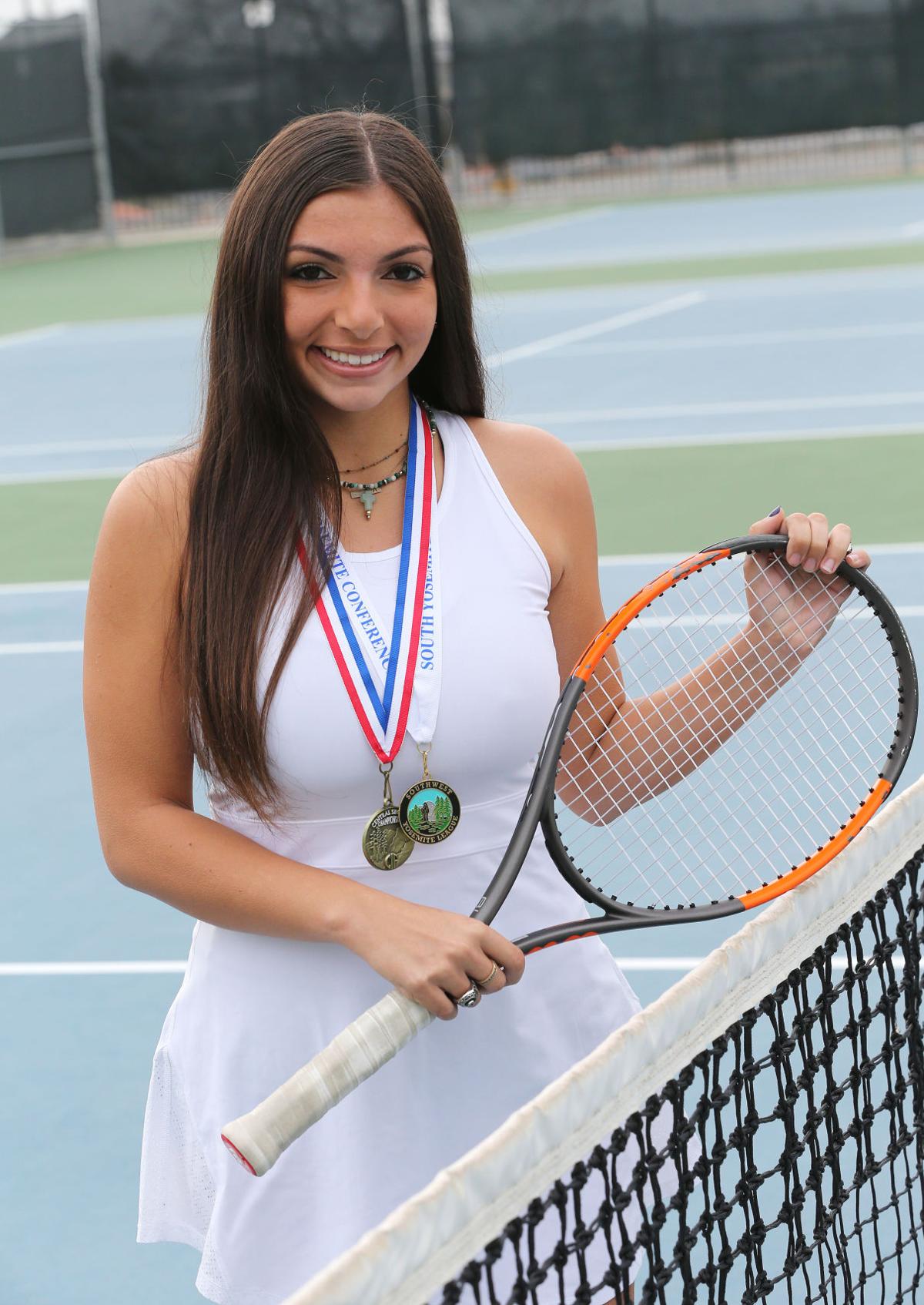 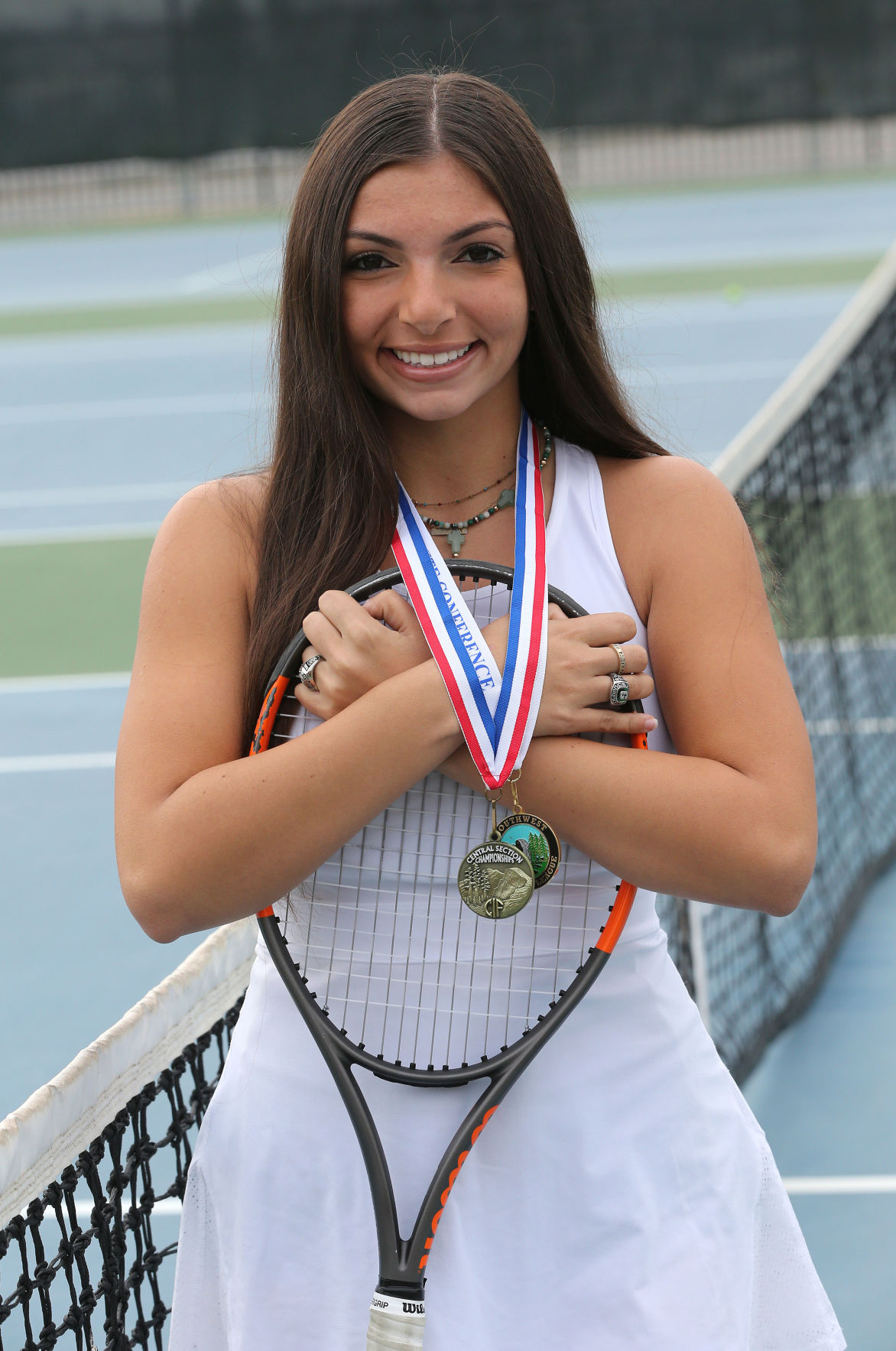 In four years at Garces, Alexsia Drulias accomplished just about everything imaginable on the tennis court.

The Rams senior teamed with her older sister, Anastasia, to win the Central Section doubles championship as a freshman, paired with Jackie Sala to win two more section titles and was top singles player in the area the last three seasons.

“I could not have imagined my four years at Garces without tennis,” Alexsia said. “And the Garces girls tennis program, up there with Stockdale, we’ve been really strong and powerful. And after my sister's three years, I think it was really special for me to come in and finish off the Drulias legacy at Garces.”

Drulias’ climactic moment of the season came in the Central Section doubles championship match. With her and Sala three points from closing out a straight-set victory, Clovis North’s Ashley Cardot and Mercedes Garcia rallied to force a third set.

“She’s very confident in her backhand and she has ‘it’,” said Garces coach Barb Johnston Hill of Drulias. “They either have 'it,' or not. On the big points, she kind of has the feel of how to play big points. Just a hate-to-lose, never-give-up attitude. That sets her apart from a lot of people.

“That’s what a lot of people in tennis call the 'it' factor. And she definitely has it. And so did Anastasia. They’re not super high-gifted athletes where they can go play any sports they want, but they concentrated on tennis and they have the mental ability to play the big points. When you get to be an elite tennis player like she is, a few points here, a few points there are the match. It makes the difference.”

In a combined 174 high school singles and doubles matches, Drulias finished with a 148-26 record, an 85 percent winning percentage.

“She came in and her sister had set the bar pretty high for her,” Johnston Hill said. “And then her freshman year she and Anastasia’s senior year they won the doubles. I feel like the bar was set high and she reached all the expectations, topping it off with that. Then she kind of took over where Anastasia left off. She had a good role model and she followed through and she was like a breath of fresh air.”

As dominant as she has been on the court, Johnston Hill has been equally impressed with Drulias' positive attitude and seemingly endless supply of energy.

“She puts her heart and soul, 100 percent, into everything she does,” said Johnston Hill of Drulias, who is also the captain of the cheerleading team and is a member of Garces’ first competitive dance team. “And we’re lucky to have her and the whole Drulias family. For seven years we’ve had our No. 1 tennis player. She’s just very passionate about the things that she does, and puts all her energy into it. I don’t know where she gets the energy from, but I’m sure she’s putting 110 percent into her dance now and she did that in tennis for us for four years.

“At a small school like Garces, kids are not involved in just one thing. They’re involved in many things. And she tries to treat all of them as important as the next. So she put a lot of time into cheerleading, she put a lot of time into her tennis, she’s doing really well in academics, so who knows what the future holds, but I’m sure it’s bright.”