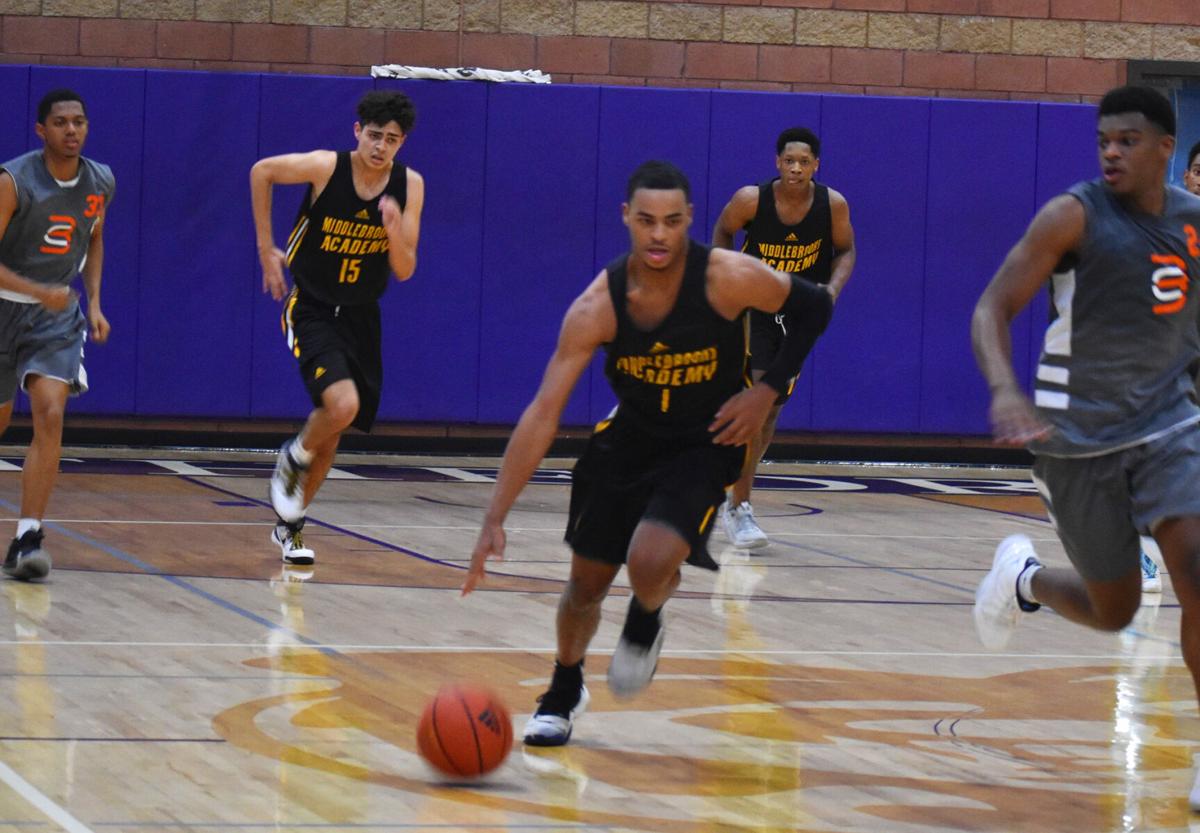 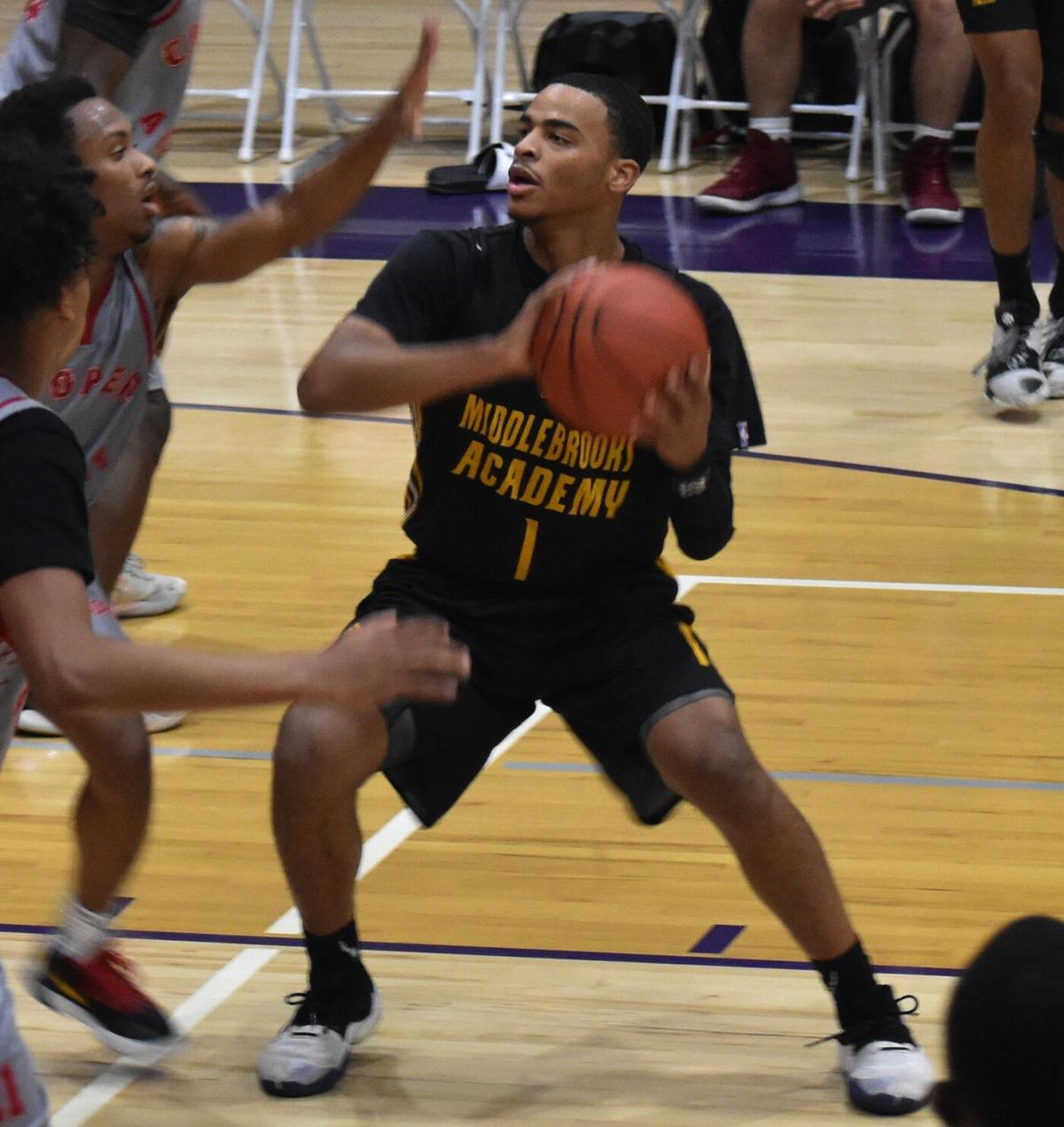 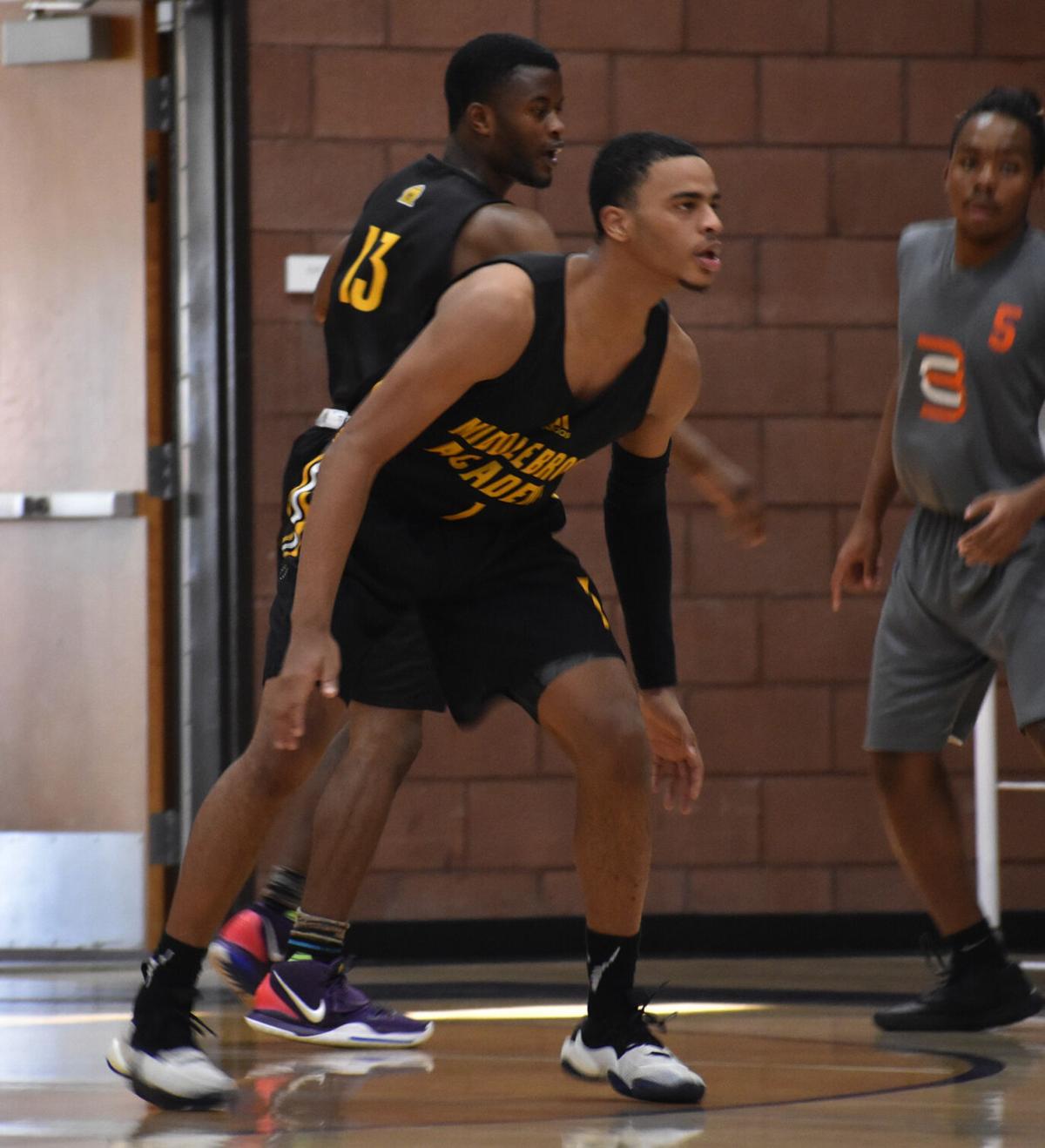 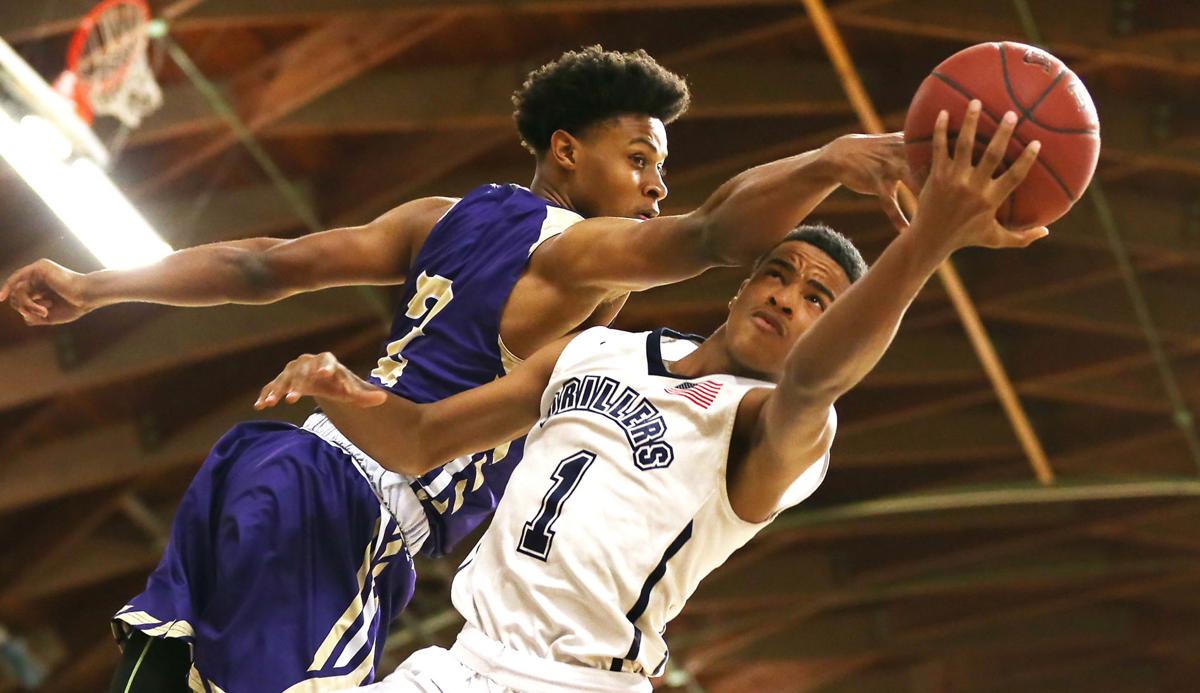 Bakersfield High sophomore RJ Banks goes up for a shot as Ridgeview's Justin McCall defends at the start of the 2016 basketball season. Banks is now a preferred walk-on at Nevada.

Bakersfield High sophomore RJ Banks goes up for a shot as Ridgeview's Justin McCall defends at the start of the 2016 basketball season. Banks is now a preferred walk-on at Nevada.

In a quest to become a better basketball player, and ultimately a better person, Roland Banks II, known to most as simply R.J., has spent much of the last two years on a journey to reach those goals.

Along the way he’s had to make some difficult decisions, starting with his choice to transfer from Bakersfield High to Los Angeles-Cathedral for his senior year, and then again last season when he played for Middlebrooks Academy, a Southern California prep school.

At each stop, the 19-year-old Banks feels he’s added something. From added maturity, and the strength and size that comes with it, to skills both on and off the court.

And while the COVID-19 pandemic may have slowed his progress, bringing college recruitment to a virtual standstill, Banks’ travels have landed the 6-foot-1, 175-pound point guard at the University of Nevada, where he hopes to earn a scholarship as a preferred walk-on.

“I definitely think things happen for a reason and that God has a plan for my life,” said Banks, who was a first-team BVarsity All-Area performer his junior year at BHS. “I mean it’s bittersweet I guess. It feels good, but I’m still grinding and working for my goal that I’ve been working for, five or six years now.”

That goal on the basketball court is focused primarily on receiving a scholarship to play at the NCAA Division I level. While that may be a work in progress, Banks is just happy for the opportunity.

With recruiting shut down due to the coronavirus the last several months, Banks had few options even as recent as two weeks ago.

“I didn’t have any (plans),” Banks said. “Maybe a Division II or maybe I’d just take a year to work out and try again next summer.

“When my season ended, I had a few schools contact me, so I wasn’t necessarily worried. I planned on playing all this spring and summer, and I felt like I’d have a very solid opportunity to show myself again. And by the time it was over, I was thinking, I better have something.”

But the coronavirus complicated things and Banks started to get concerned about his future.

“And then COVID came,” Banks said. “No basketball throughout the spring. No basketball in the summer, and I was like, ‘sheesh, what do I do now?’”

“I think at Nevada he has an opportunity to play for a good coach,” said Middlebrooks, who is head coach at Cathedral and Middlebrooks Academy. “Steve is a really good coach and loves point guards. I’ve had two point guards play for him. As long as you don’t turn the ball over, he’s going to let you play. So his opportunity in terms of development will be amazing because he’ll have a lot of latitude to run a team which I think is important for a point guard’s development.”

So Banks packaged his transcripts and SAT scores and sent them to the Reno campus. But the process wasn’t a quick one. Banks still had to wait for everything to be processed, all the while hoping the opportunity would come to fruition.

So the Banks family piled into the car on Monday and drove their son to Reno, where R.J.’s journey continues.

“He’ll get that opportunity,” said Middlebrooks, who is most impressed with Banks’ talents as a defender after averaging more than three steals a game last season. “The key is he’s just gotta make sure he doesn’t turn the ball over. I think he’s ready to play and to be an immediate impact guy.”

But Banks isn’t ready to concede anything. He looks at this challenge like he has others the past few years.

“It’s definitely exciting and definitely took a load off of my shoulders,” Banks said. “I’ve been worrying about it for a while now. But I still don’t feel like my job is done until I’m getting my education completely paid for.

“I definitely have a chip on my shoulder. I definitely feel like it’s me against the world, but I don’t think that’s anything different because I’ve been feeling like that for a while. Because I feel like a lot of people have looked over me in my career. A lot of people haven’t given me the recognition that I feel like I deserve. I’ve proven myself in other situations, so if I have to prove myself here, it is what it is, I’m going to go out there and do what I do. Either it’s going to work for me or it’s not. But I’m going to do everything I can.”

To help prepare for the next level, Banks turned to his cousin, Cal Baptist guard Milan Acquaah, for guidance. Acquaah attended Cathedral and received a scholarship to play at Washington State before transferring to Cal Baptist where he has led the team in scoring the past two seasons and was named the WAC player of the year.

Acquaah, who introduced the Banks family to Middlebrooks two years ago, worked out with his younger cousin for two months, helping to improve R.J.’s outside shot, Middlebrooks said.

“His game is very similar to his cousin,” Middlebrooks said. “So I think because of that and having kind of come behind Millan, he’s learned a lot and been able to watch a lot. He’s strong and he has a college body already. His shot has gotten a lot better and that’s going to make him very hard to guard because he’s elite when he’s taking you off the bounce.”

Banks is quick to point out that any improvements he’s made did not happen overnight. It’s been a process that started when he first stepped on the Bakersfield High campus as a freshman in 2015.

“I definitely believe that I was supposed to go to BHS for those three years because I owe Coach (Greg) Burt a lot of credit for being where I am today,” Banks said. “He pretty much taught me to play basketball. When I got there I was athletic, I was fast and jump and stuff, but I didn’t really know what I was doing. But Coach Burt really taught me how to be disciplined and how to close games, how to lead a team and work hard. So that was definitely necessary and was God’s plan.

“But then I had to go to L.A. to learn other things. Coach Middlebrooks taught me other things that helped me be a better player. So it’s only right that going to Nevada is also part of God’s plan. So we’ll see how my opportunity goes, and how much better I can get. But everything that I’ve done so far, as far as basketball goes, has worked out in my favor.”