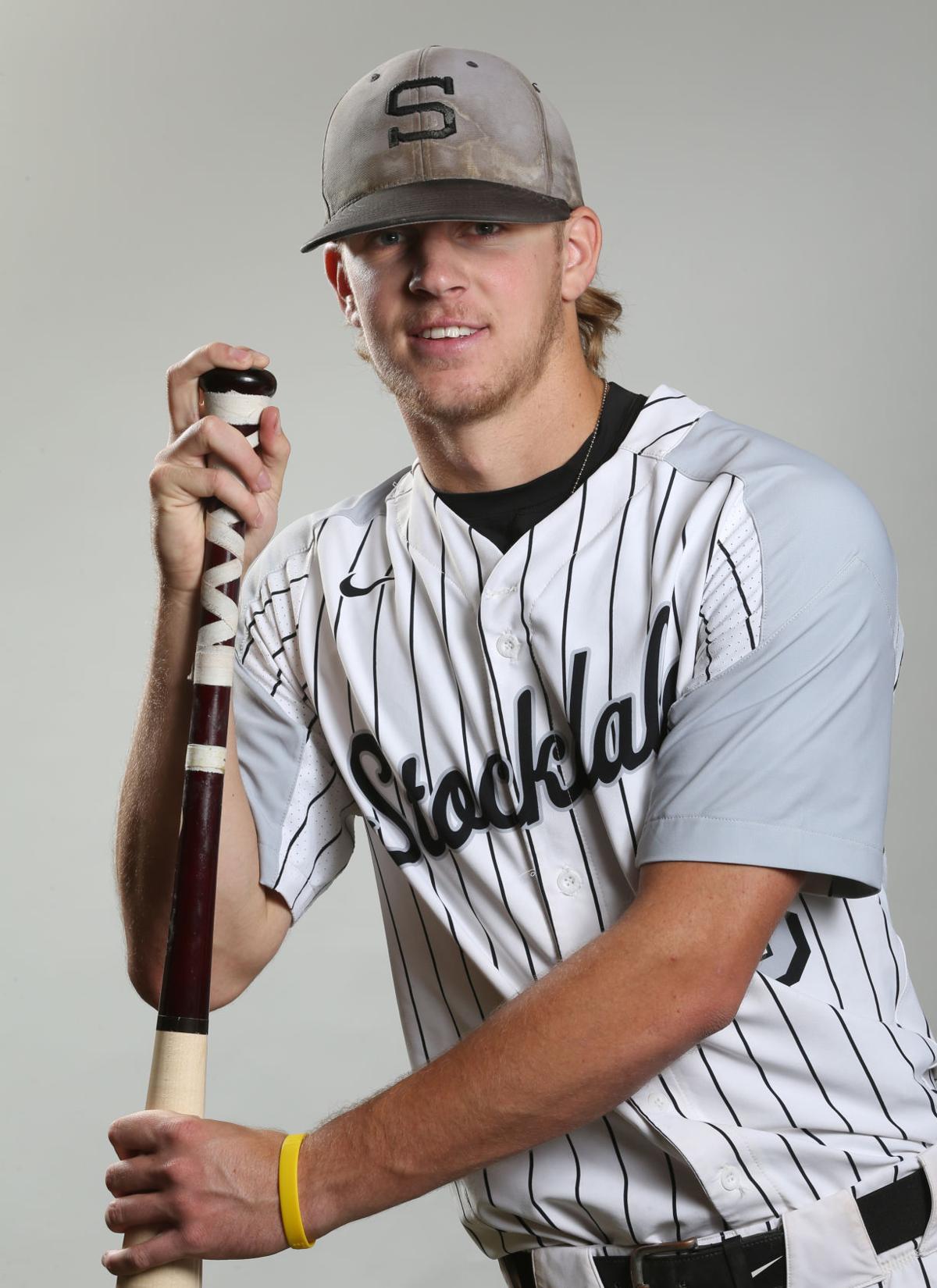 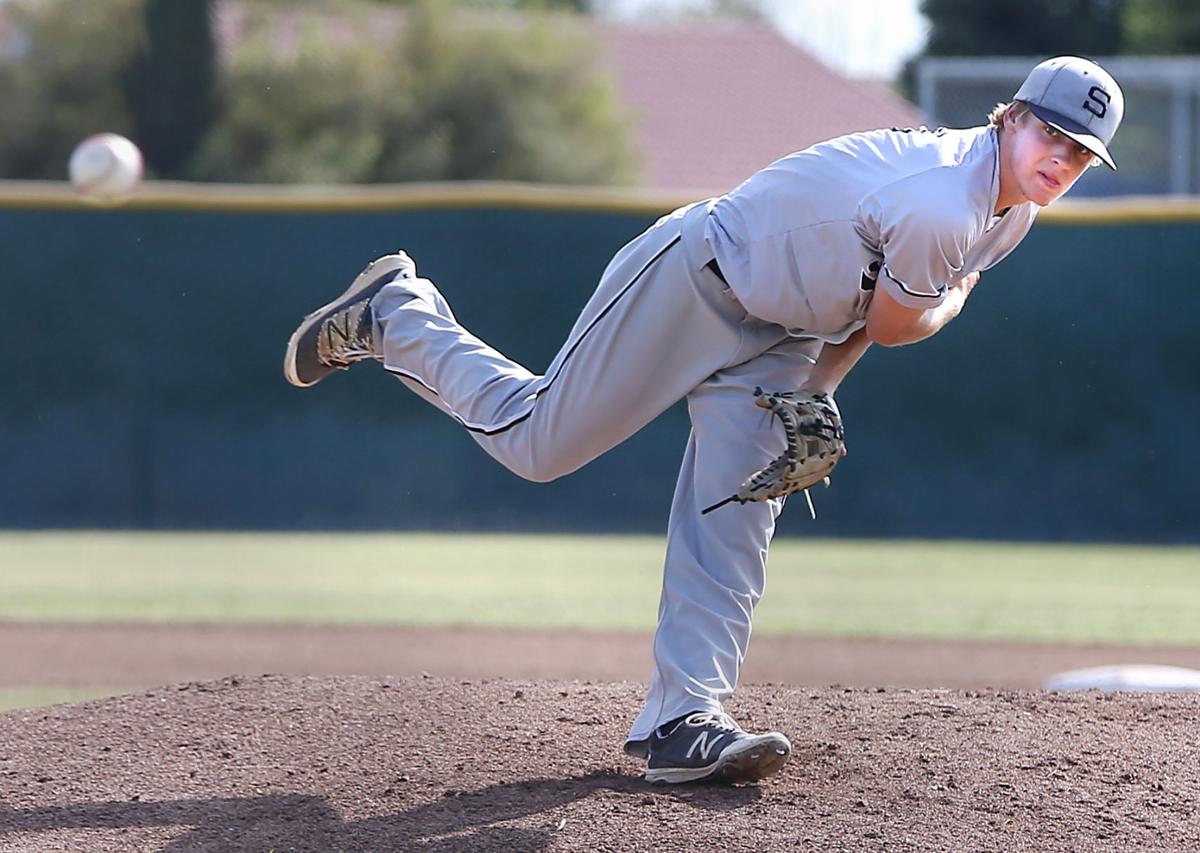 Stockdale senior Sean Mullen, the 2017 BVarsity Baseball Player of the Year, will sign with UCLA on Wednesday.

Stockdale shortstop Sean Mullen tags out Centennial’s Jared Toothman trying to steal second base in a SWYL game this season.

Stockdale senior Sean Mullen, the 2017 BVarsity Baseball Player of the Year, will sign with UCLA on Wednesday.

Stockdale shortstop Sean Mullen tags out Centennial’s Jared Toothman trying to steal second base in a SWYL game this season.

When Sean Mullen was named the 2016 BVarsity Baseball Player of the Year, he was a hard-throwing sophomore with a complementary bat.

As a junior, Mullen became the power-hitting leader for Stockdale, which came within a run of reaching the Central Section Division I championships.

“He just came into himself offensively this year,” Stockdale coach Brad Showers said. “He as as locked in as a kid could be.”

Mullen, who verbally committed to UCLA last summer, is now considered not just a high-end pitching prospect for the Bruins but a two-way starter, according to Showers.

“Up until this year I thought he was going to a pitcher only in college,” Showers said. “I didn’t know if he was good enough to be a two-way guy.”

Mullen, the BVarsity Player of the Year for the second consecutive season, turned the page at the plate during a season when his ERA went from 1.94 as a sophomore to 3.48 this year. There were stretches when his fastball, which averages close to 90 mph, was erratic, though opponents still hit just .197 against him.

He credits his confidence at the plate for the batting turnaround.

“I worked on my swing this last offseason harder than I ever had,” Mullen said. “I found this spot with my hands that was really comfortable for me. I got in the box this year, and I felt really, really comfortable. That worked for me more than worrying about my mechanics.”

Showers has seen plenty of talent come through Stockdale as a longtime coach in the program (head coach since 2014), and he said Mullen measures up.

“He’s right up there with some of the best guys,” Showers said. “He does not lack confidence in the game of baseball whatsoever. He knows he’s good and knows he will perform, regardless. He’s as competitive as they get. He will fight you tooth and nail.”

He’s also a jovial person who loves the game. And with the Mustangs in Cal Hi Sports’ state top 20 most of the season, there were lots of chances for him to smile.

“It was the most fun I’ve had playing baseball,” Mullen said. “You could feel the vibe. There was energy at practice where we all wanted to be around each other. That’s what we had. We have built this culture where baseball is fun. It’s supposed to be fun; it’s a kid’s game.”

But the season ended in a heartbreak. The Mustangs lost at home in eight innings in the semifinals to Clovis, the eventual section champions.

“It ate at him. He doesn’t like to lose,” Showers said. “Especially with Clovis winning. In our exit interview, we addressed efficiency and being around the dish.

“He didn’t struggle through a lack of focus. I have no answer to why he was inefficient on the bump. At the plate, he became a true gap-to-gap guy. He was just a tough out.”

For Mullen, the loss is part of the game he loves so much.

“That’s baseball. We don’t have the luxury of 162 games like in the majors to go through spurts,” Mullen said. “It’s part of baseball. You’re not going to be all-world every time. It’s about learning through failure and turning it into a positive. It happens, so what? Get over it.”

Mullen has one more season at Stockdale, and Showers becomes a kid himself thinking about it.

“It tickles my fancy thinking about what he could do for us next year,” Showers said.