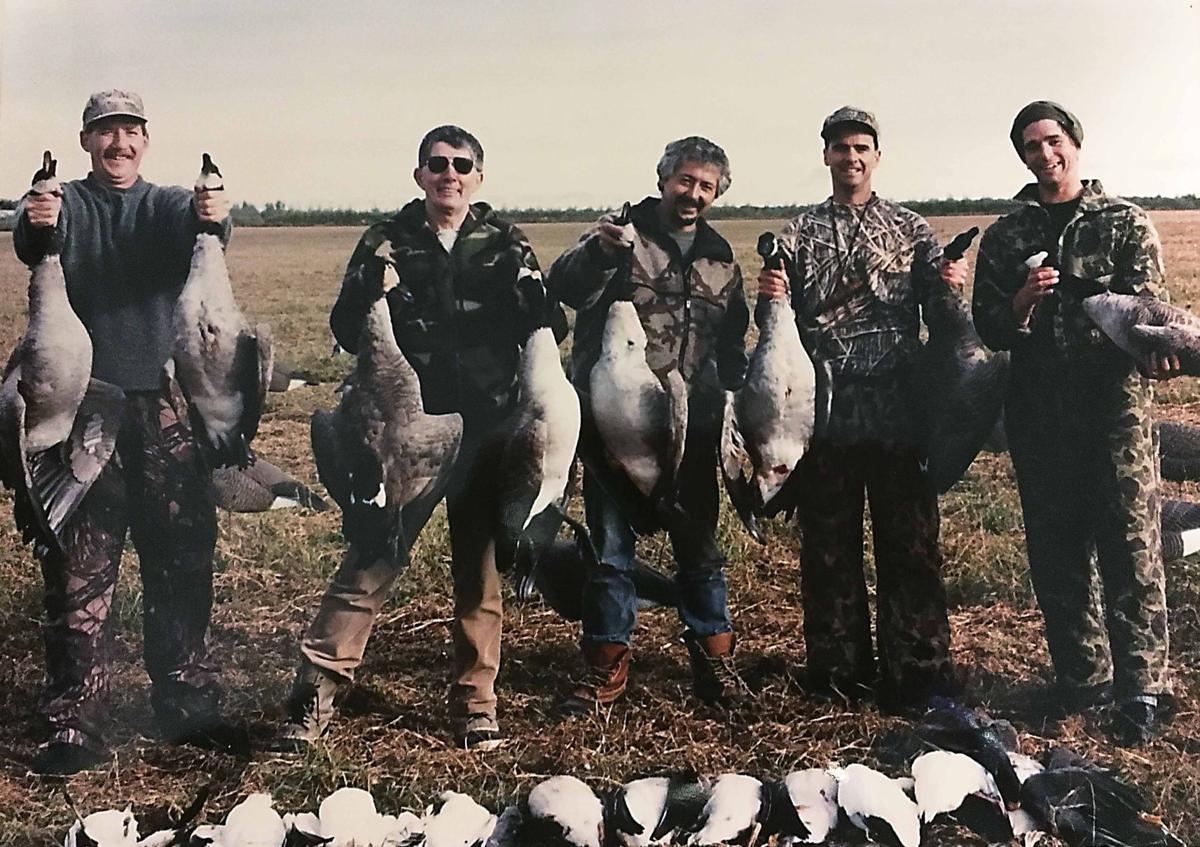 Before getting into today’s column, I would just like to thank Zach Ewing and the sports staff at The Californian for the coverage they allowed me three weeks ago for the story about my breaking the first 400x400 in skeet shooting history. I was really amazed that morning when I opened my paper and saw full page coverage.

Zach and I had talked about the article a few days before, and we had concerns that it was going to be more words than my usual allotment for the column. I told him that we could omit the introduction that Steve Merlo had written if it would help save space, or omit my introduction if need be. And, for sure just crop the photo of me on the magazine cover. He said he would do what he could to make it work. I cannot tell you how proud I was to see all of Merlo’s words published. I continue to be one of his greatest fans. So, thanks guys ... greatly appreciated.

Throughout my hunting career I had always heard a lot of great things about Canada. After chasing the giant Canada geese in Saskatchewan with Steve Merlo, I contacted a guide in Alberta, and we spoke of the best time to come for waterfowl hunting. He said their season opened Sept. 1 every year, and the hunting was always good at that time as the ducks and geese were just starting to migrate from the Arctic down to the lower 48 states. Then he mentioned the daily limit was eight Canada geese per man, plus eight ducks, and I knew I should try to arrange a hunt.

His name was Brent Reil, and we agreed that if I could get three paying hunters for the three-day hunt, I could tag along and videotape the shoot for nothing. This is exactly what I had hoped for, so I immediately called my two oldest sons, Steve and Mike, and one of my hunting pals, Adam Stull.

I didn’t have to do too much arm-twisting for them to say, “When are we leaving?” and we booked flights to get to Edmonton in time for the season opener.

We were met at the airport by Brent and driven about 40 minutes east to a town called Tofield. Brent’s father farmed just outside of the area where he raised wheat, canola and peas. We were put up in a nice trailer house behind his parents’ home, and all meals would be served by his mom in the main house.

The next morning we set up in a pea field about a half-mile below the house. I ask Brent if he had other land beside his father’s that was available and he said yes, but there were a large number of birds working this field the day before, so he opted for it. He said he had permission to hunt on a good number of other farms in the area.

I was surprised a bit when he mentioned that it was against Canadian law for a farmer to charge money for someone to hunt on their land. You used it only because the landowner was a nice guy and very accommodating. A real class act, I thought.

I have a vivid memory of the moments after setting up a stakes and netting blind with brush attached, and putting out a few dozen goose and field Mallard decoys. The sunrise was the most luxurious red I had ever seen, when suddenly in the distance about a mile away, I saw a flock of ducks that I was sure numbered close to 2,000 or more.

They were swirling around the field like a mini-tornado. If you think about the huge flocks of blackbirds you might have seen here in the Valley, you will know what I mean.

Shooting time was 30 minutes before sunrise, and I was just getting my camera ready to use when a flock of about 50 Mallards dropped into the spread from out of nowhere. Brent said, “Five more minutes guys,” so we just sat quietly and watched the ducks start to feed.

These birds had never seen decoys before so they just barreled right in, and right at shooting time another flock of about 25 dropped in. The boys raised and fired, taking down seven. It did not take long for them to reach their 24-bird limit, as there were ducks all over the field. I had never seen anything quite like it in all the years I had been hunting.

Just about the time they finished with the ducks, the geese started coming. They usually flew later than the ducks, and it only took the boys just over an hour to take their limits of 24 birds. Seven of these were Specklebelly, or White Fronted, geese. The others were all large common Canada geese weighing in the 9-12 pound range. And I managed to get most all the action on video. To this day, we will take that film out occasionally and watch it, remembering what a great time we had.

Since that time, I have been to Canada at least 20 more times. Every hunt has been exceptional just like the first one. On one occasion, I had all three of my sons with me for the first time. I titled that film, “The Return of the Killer B’s.”

You’re probably wondering what we did with all of this game we were harvesting every day.

Most of it was given to friends of the guide, and a large part was given to a Hutterite colony that was in the area. The Hutterites are a religious group that are found all over Canada. They are very similar in most ways to the Amish found in the United States and have very large farms. Most of the North American population migrated to Canada to escape religious persecution during World War I because they were pacifist and refused military service.

In closing, I can only encourage you if you are a waterfowl hunter to add Canada to your bucket list. No problem taking firearms through customs with their Fish & Wildlife Service ... super-friendly folks who welcome Americans ... and they have probably the cleanest highways in the world. On the trip from the airport I saw only four or five items of trash along the side of the road during the entire 40-mile trip. It will be a trip of a lifetime for you.

Ken Barnes is a Kern County native and Hall of Fame shooter. Email him with comments or column ideas at ken.barnes@aol.com.