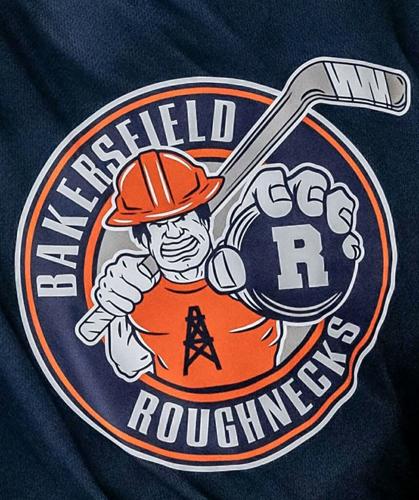 The Bakersfield Roughnecks' logo as depicted on a piece of team apparel. 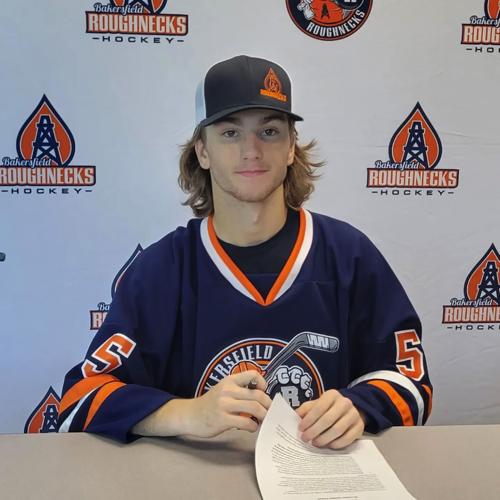 Goaltender Phoenix Hewlett of Anchorage, Alaska, is one of the Roughnecks' out-of-state players, and most recently played for the Affton Americans.

The Bakersfield Roughnecks' logo as depicted on a piece of team apparel.

Goaltender Phoenix Hewlett of Anchorage, Alaska, is one of the Roughnecks' out-of-state players, and most recently played for the Affton Americans.

The Bakersfield Roughnecks may be brand new, but their creation has been years in the making.

Founders Chris and Sara Gregory have been involved in Kern County youth hockey for nearly 20 years. Head coach Paul Willett has spent 16 years growing the sport at the Valley Children's Ice Center after five more playing with the Bakersfield Condors. And in 2011, the Junior Condors Tier III junior hockey team picked up and moved to Ogden, Utah, leaving a hole in local player development for over a decade.

This fall, the Roughnecks will begin play at the Ice Center, offering aspiring hockey players ages 16 to 20 a chance to hone their skills in Bakersfield.

“It kind of bridges that gap," Chris Gregory said, "between the youth hockey and the college hockey.”

Bakersfield will begin play this fall in the Premier Pacific Division of the United States Premier Hockey League, facing off against a variety of nearby teams such as the Fresno Monsters, Las Vegas Thunderbirds and Ontario Jr. Reign. Home games will be played at the Ice Center.

The club has Tier III junior status, meaning that players will pay tuition in order to join the Roughnecks. Gregory, who calls Tier III a "stepping stone" level, said the team has formed an affiliation with the Massachusetts-based South Shore Kings of the National Collegiate Development Conference, which is the USPHL's Tier II stratum, with the goal of moving its players up through the ranks to college and professional hockey.

The current hockey scene in Bakersfield features teams like the remaining Junior Condors youth programs and the Kern County Knights high school team — in fact, Gregory is president of the Junior Condors organization. But Willett noted that under the current system, hockey prospects in Bakersfield have a chance to play from 5 or 6 up to 18, and then have to go elsewhere.

To fill out the team's initial roster, Gregory and Willett have been going on recruiting trips to Anaheim, Denver and Las Vegas for national youth hockey events.

“I guess every day’s a learning curve for Chris, Sara and myself, all of us," Willett said. "But it’s coming together.”

Willett added that the Roughnecks will hope to benefit from a "drop effect" for player recruitment as well, adding players who don't make it in higher leagues.

To keep the system moving, it will be important for the new team to connect with players of all ages, Gregory and Willett said.

"In the hockey community, we’ve seen a lot of changes here in Bakersfield," Willett said. "I think we’re trying to regroup. You’re always looking at building the program from an 8U standpoint.”

Gregory envisions a "Junior Roughneck" program where very young kids will be paired with the older teens playing for the Roughnecks.

"It's just so important for us to get our face out in the community," he said.

That includes working with the "big Condors across the street," Gregory added, with whom he expects the team to "commingle" when they practice in the Ice Center. It also means arranging host families — "billets" in hockey nomenclature — to house the players, much like the Bakersfield Train Robbers have during the summer.

As the team continues to build a roster, with about a dozen players under contract so far, it will host its main camp from July 16-17.