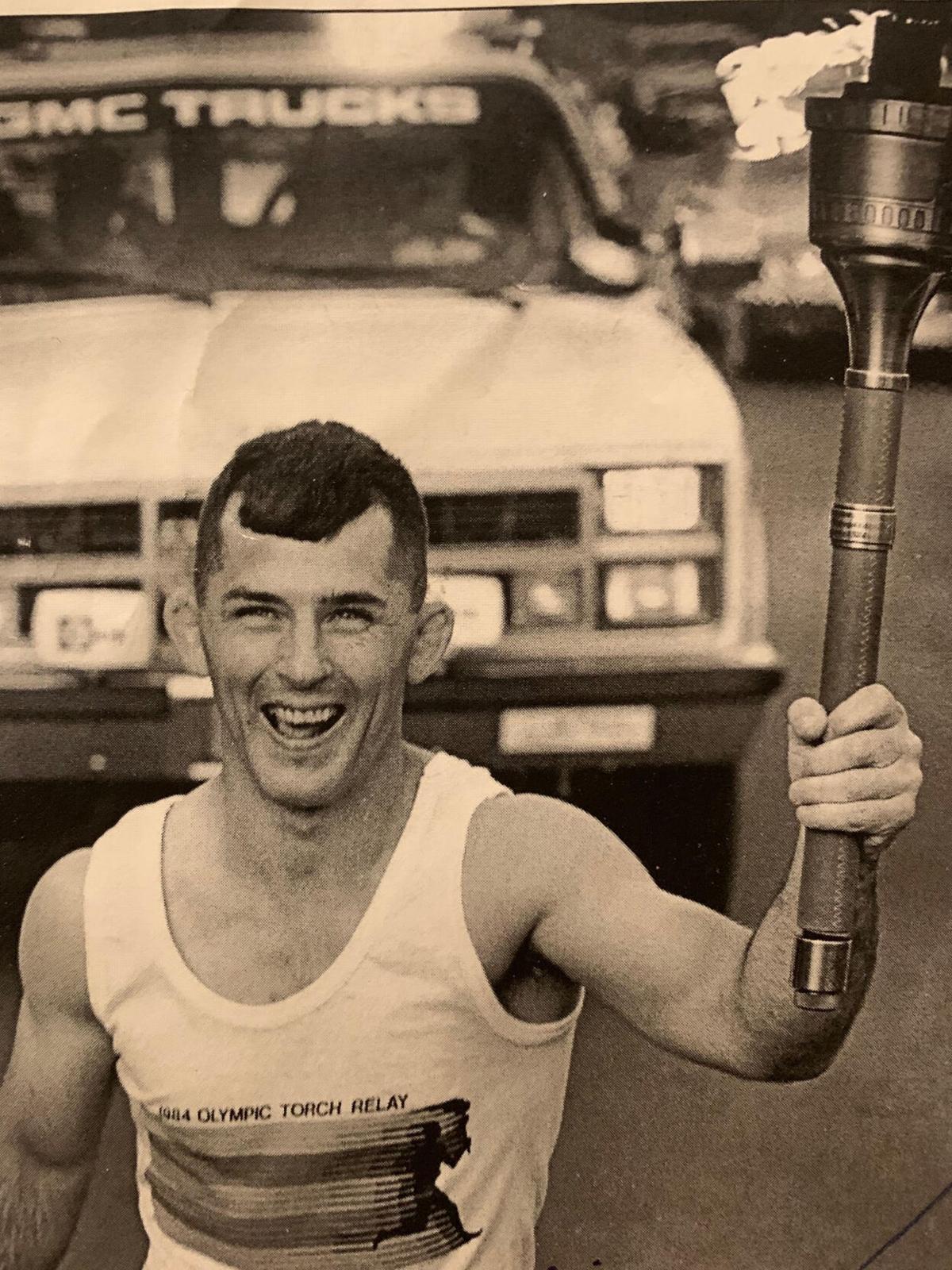 Dan Mello carries the torch prior to the 1984 Olympics in Los Angeles. Mello, who currently lives in Bakersfield, was set to participate as a wrestler in the 1980 games in Moscow, before a U.S. boycott prevented him from doing so. 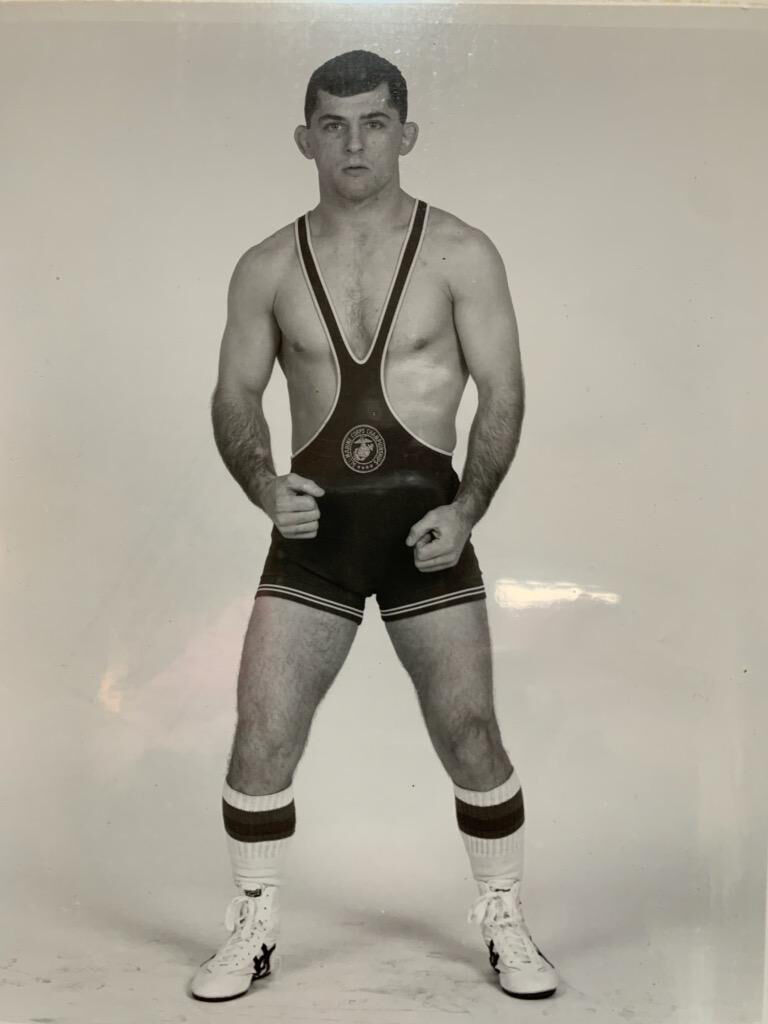 Dan Mello poses for a photo during the 1982 World Military Championships in Venezuela, an event where he captured a gold medal.

Dan Mello carries the torch prior to the 1984 Olympics in Los Angeles. Mello, who currently lives in Bakersfield, was set to participate as a wrestler in the 1980 games in Moscow, before a U.S. boycott prevented him from doing so.

Dan Mello poses for a photo during the 1982 World Military Championships in Venezuela, an event where he captured a gold medal.

Long after his time as a competitor was cut short, Dan Mello continued to leave an imprint on Olympic wrestling.

Mello was set to represent the United States in Greco-Roman wrestling in the 1980 Moscow Games, having qualified in the 136.5-pound weight class.

But he and all other American athletes were denied their opportunity to take the world stage, as the U.S. orchestrated a boycott of the games to protest the Soviet invasion of Afghanistan a year prior.

In the following years, Mello still had his share of Olympic moments. He got to carry the torch for both the 1984 games in Los Angeles and the 1996 games in Atlanta.

His also found great success in the coaching ranks. Mello, who was on the wrestling staff at Cal State Bakersfield from 1975-78, oversaw the development of six Olympians in coaching stints at Portland State, his alma mater, and the U.S. Marine Corps, where he served six years of active duty.

He even secured a spot on the U.S. staff for the 1996 games, where he coached Brandon Paulson to a silver medal at the Greco-Roman 114.5 weight class.

So did all these successes in any way make up for the disappointment of missing out on his own opportunity to compete?

"No," Mello stated firmly, laughing while repeating his answer three more times for good measure. "I was happy I helped a lot of people, but it's not the same."

In the proceeding years, certain world events made what happened in 1980 hurt even more.

"I trained my whole life to make the Olympic team and it’s boycotted because the Russians invaded Afghanistan," Mello said. "And then, of course, 20 years later we invaded Afghanistan. So it was really a political event that had no teeth. It ended up being for nothing.”

Forty years later, Olympic officials attempted to give those who lost their chance to compete recognition. Last Thursday, Mello was among the American athletes from the 1980 games to be honored in a virtual ceremony to commemorate the opening of the U.S. Olympic and Paralympic Museum in Colorado Springs.

While happy to have a part in the ceremony, Mello had a fairly low-key reaction to the event, joking that it mostly just proved "I'm old enough to be in a museum."

Though certain organizations and functions allow him to interact with his would-be former Olympic teammates from time to time, Mello has tried to distance himself from the sports world in recent years, saying it tends to bring up four-decade old hurt feelings.

"I don't really go around wrestling much anymore," he said. "(The boycott) affected me in a way where I really don't like being around it any longer. I just want to be away from it."

After years of being defined by the sport, Mello says he found a newfound sense of purpose when he moved back to Bakersfield in 2001.

Having lived all over the U.S., Mello wanted to find a permanent home for himself, wife Lisa and sons James and Mickey. Hoping to find somewhere warm in a city with a strong community feel, he says he "found exactly what I was looking for in Bakersfield."

The move not only gave him new life, it eventually landed him a new moniker of Dan "The Solar Man." Currently, he serves as an executive sales consultant for the Bland Company, a solar, air conditioning and roofing business in Bakersfield.

"I like what I do and I'm good at it," said Mello, who according to the Bland website is "the Kern County leader in residential solar installations since 2001."

Even if a certain degree of bitterness over what happened 40 years ago remains, Mello says he's mostly put those hard feelings in the past, knowing that dwelling on them will only cause unnecessary anguish.

“You can be bitter, you can be angry, you can find all kinds of excuses for how it affected your life," he said. "Or, you can take a positive view and move on and try to have it affect your life positively moving forward. And that’s what I chose to do. You have to make a choice to move forward and do something else.”