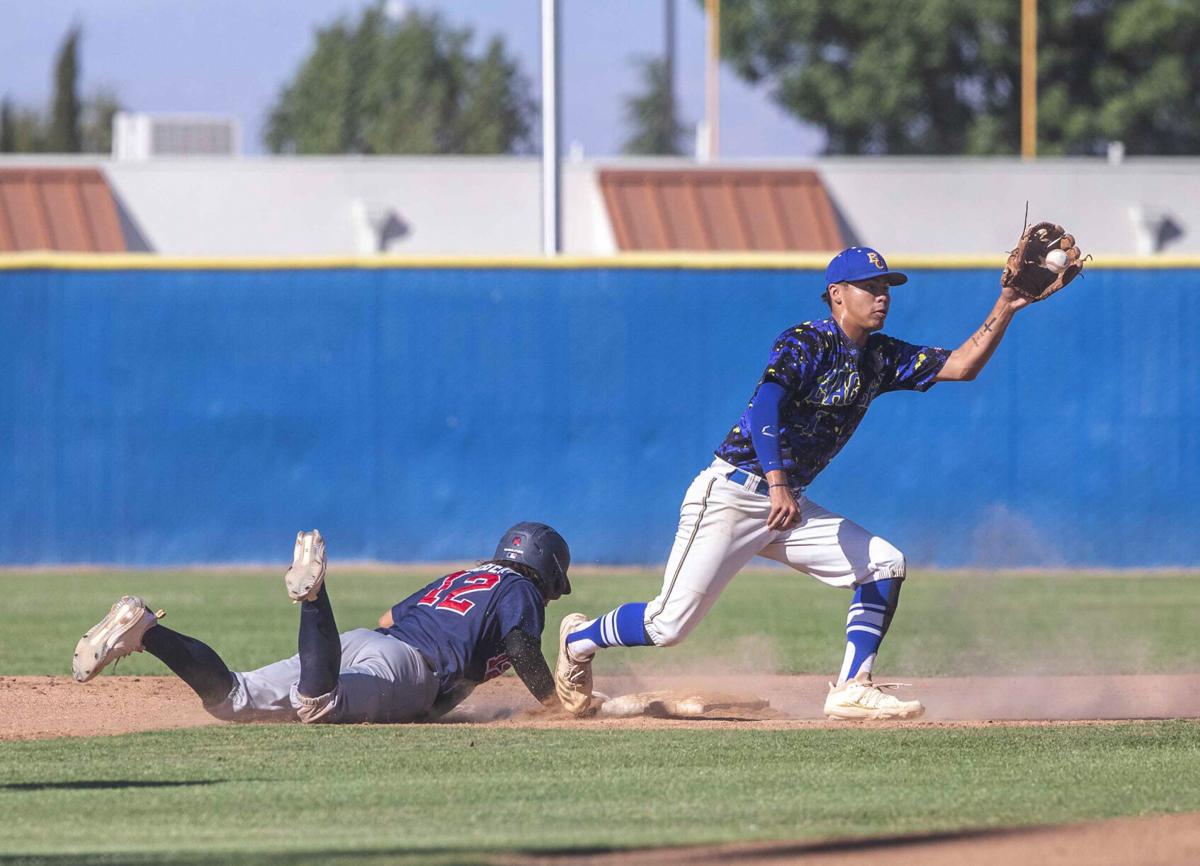 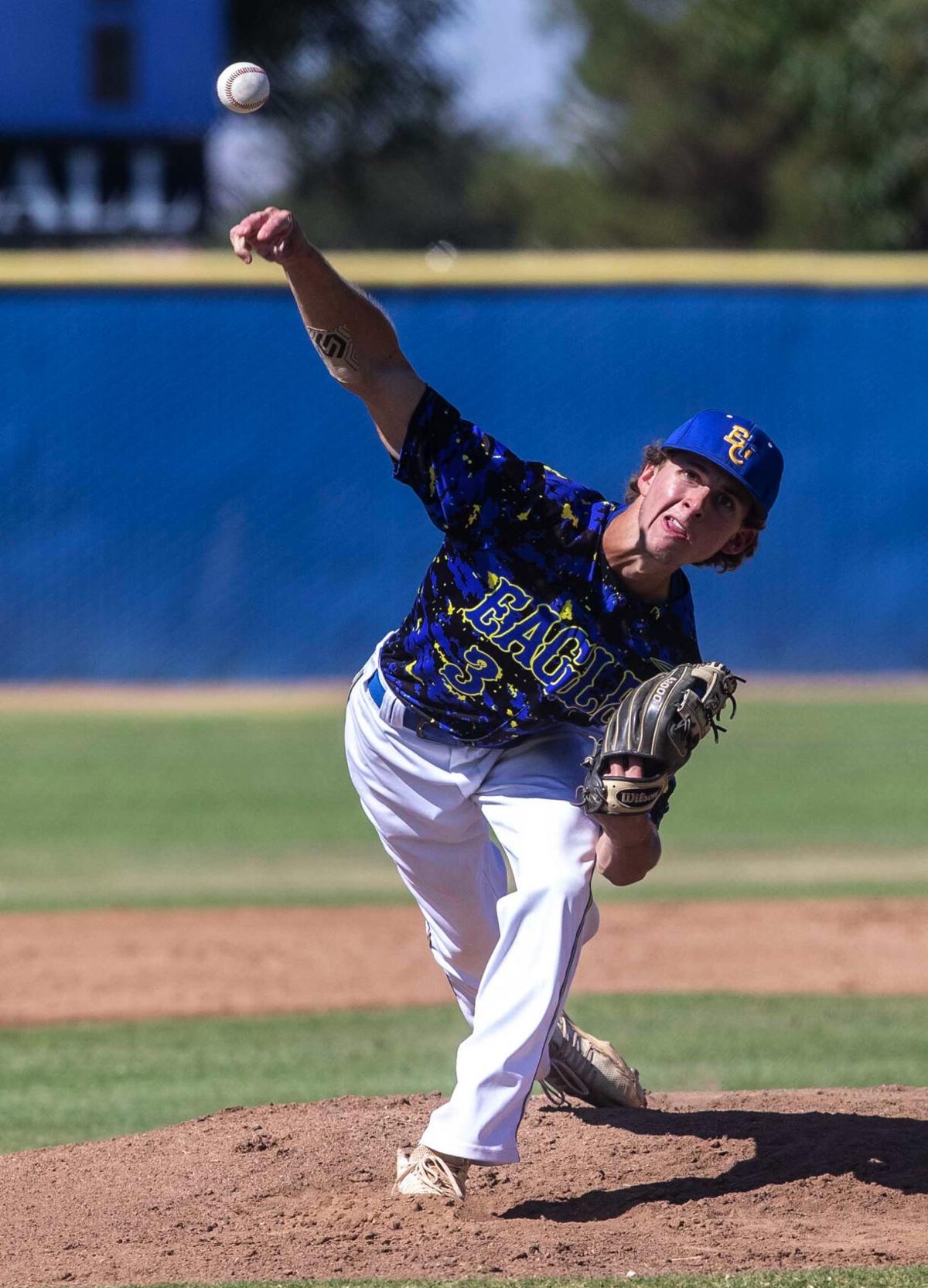 Bakersfield Christian pitcher Caleb Paul delivers a pitch during Tuesday afternoon's game against Lancaster High in the opening round of the Southern California Division V baseball Regionals at BCHS. 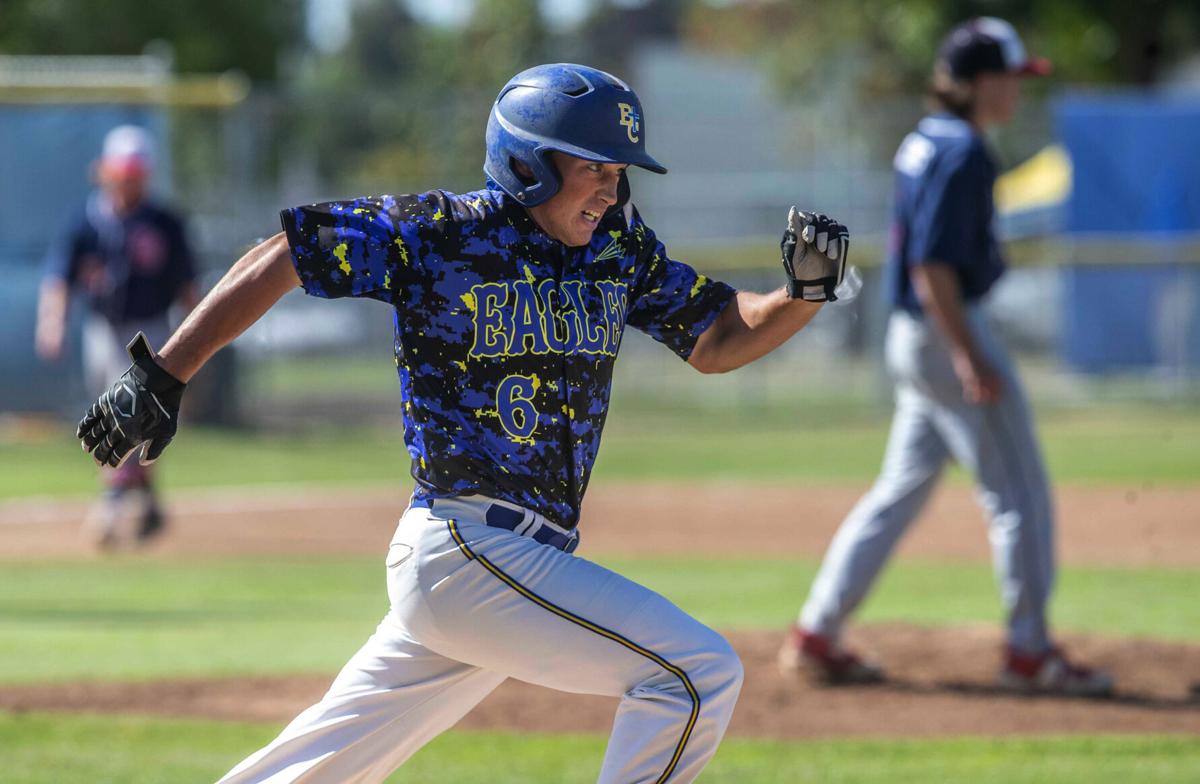 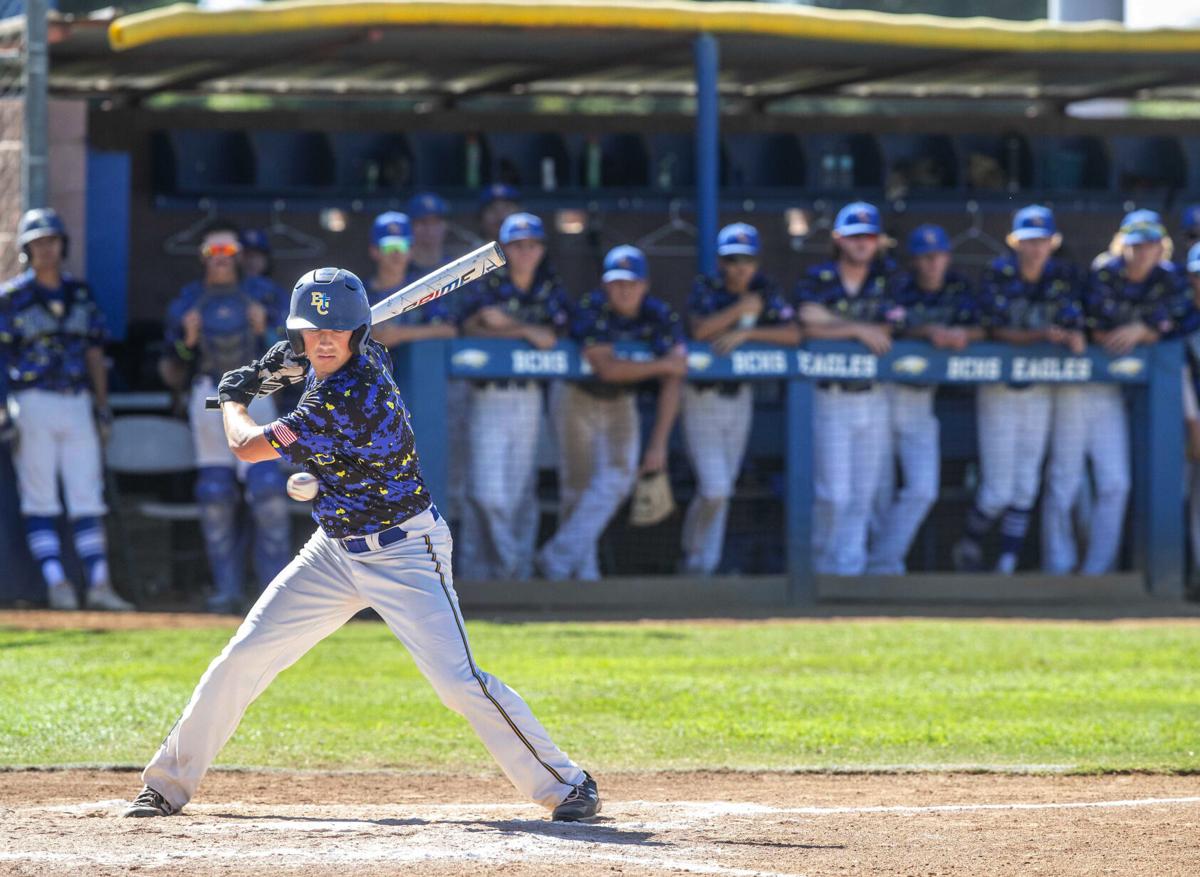 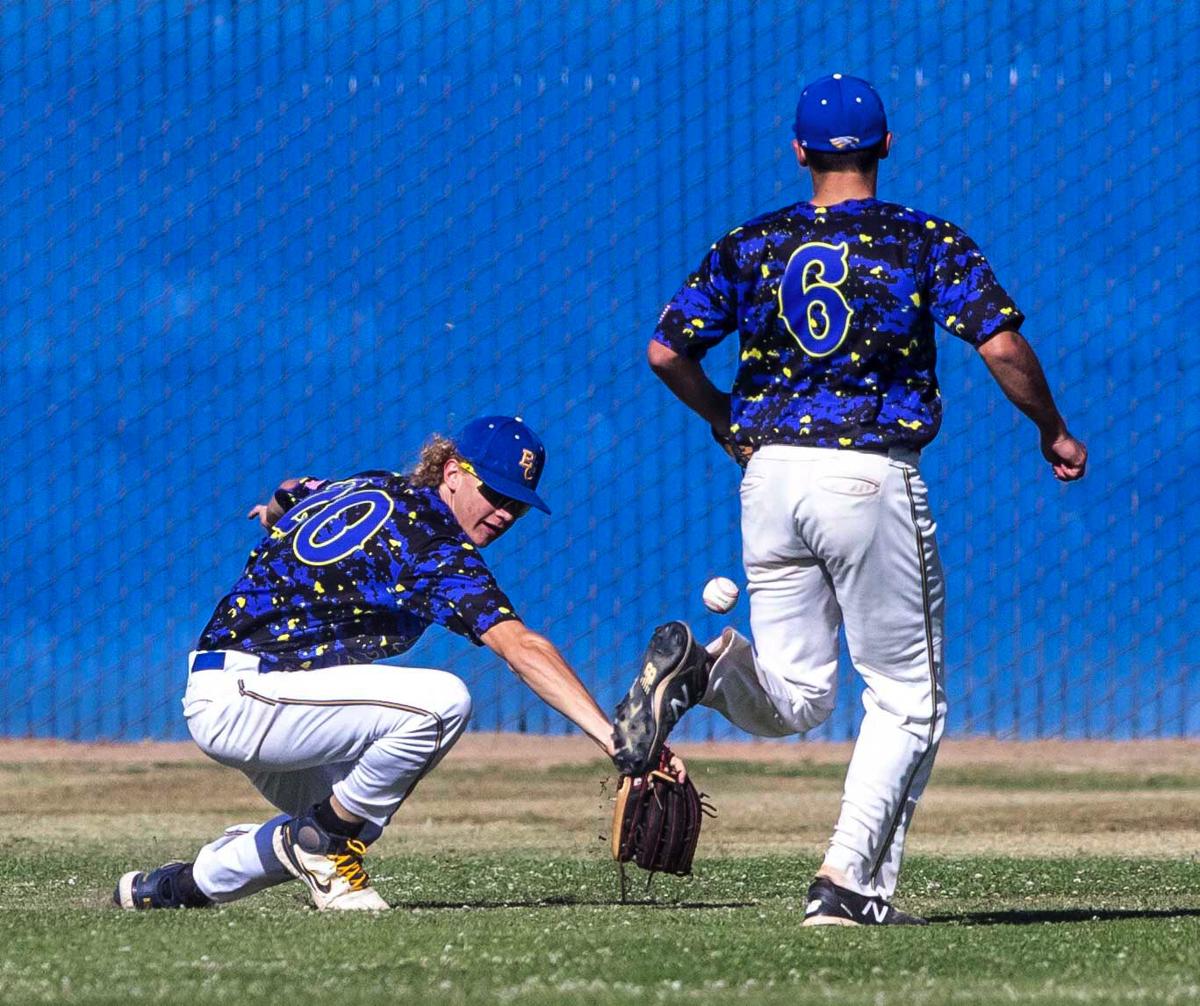 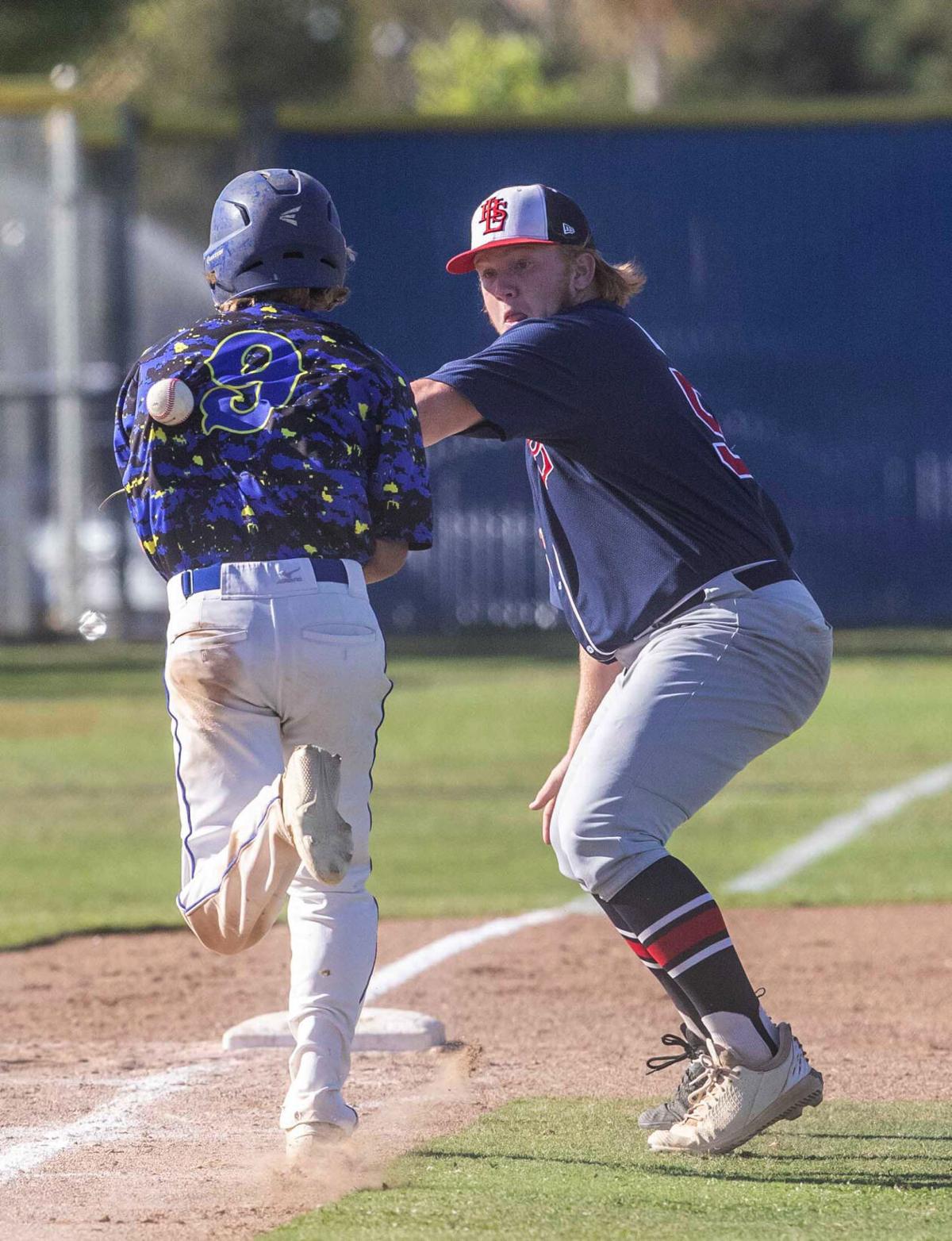 BCHS baserunner Daniel Paul, left, gets hit by a throw back to third base as Lancaster High's Jack DeLeuw looks for the ball Tuesday afternoon at Bakersfield Christian High. 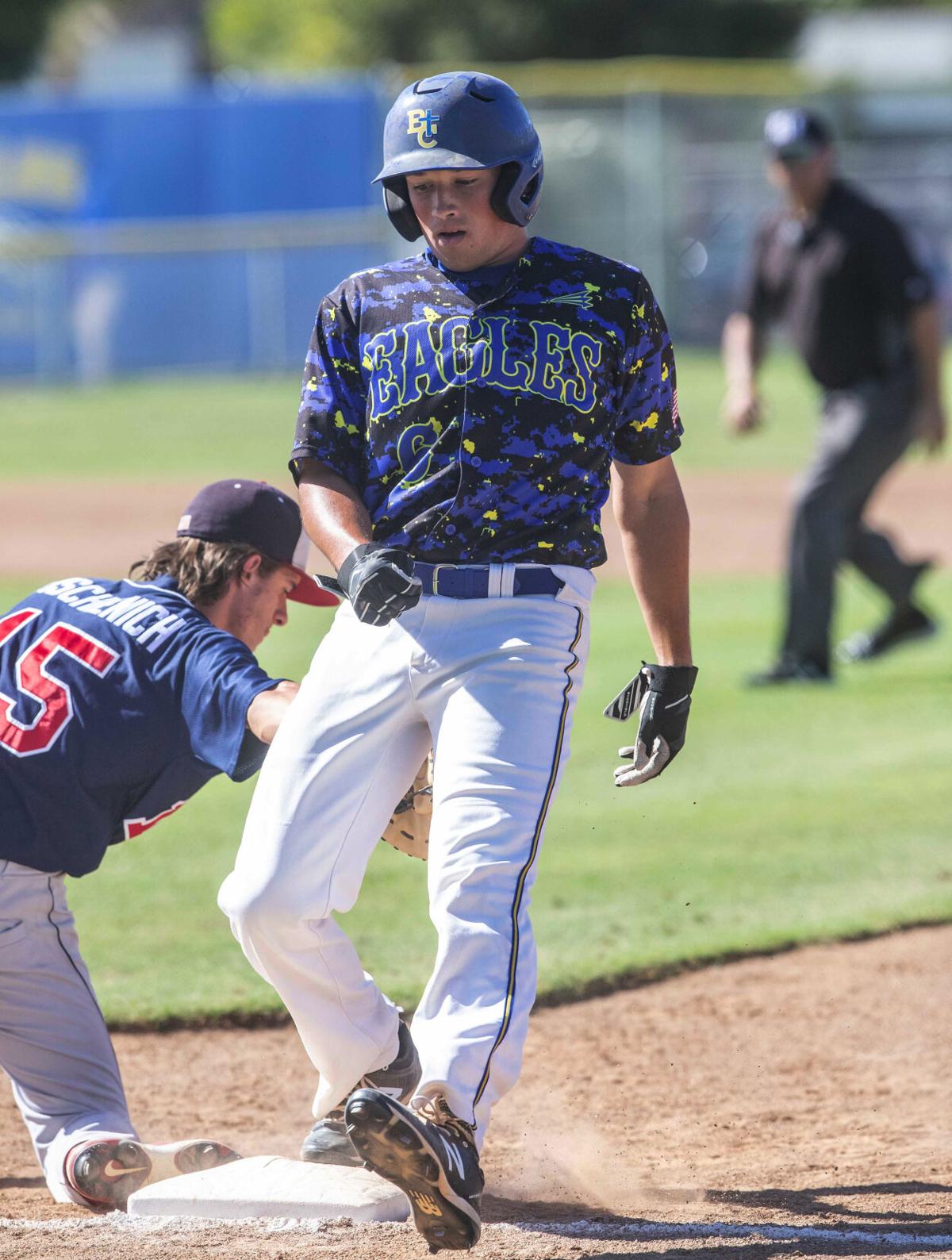 BCHS baserunner Kyle Guinn returns to first on a throw back as Lancaster High's Brayden Fischenich goes for the tag Tuesday afternoon at Bakersfield Christian High. 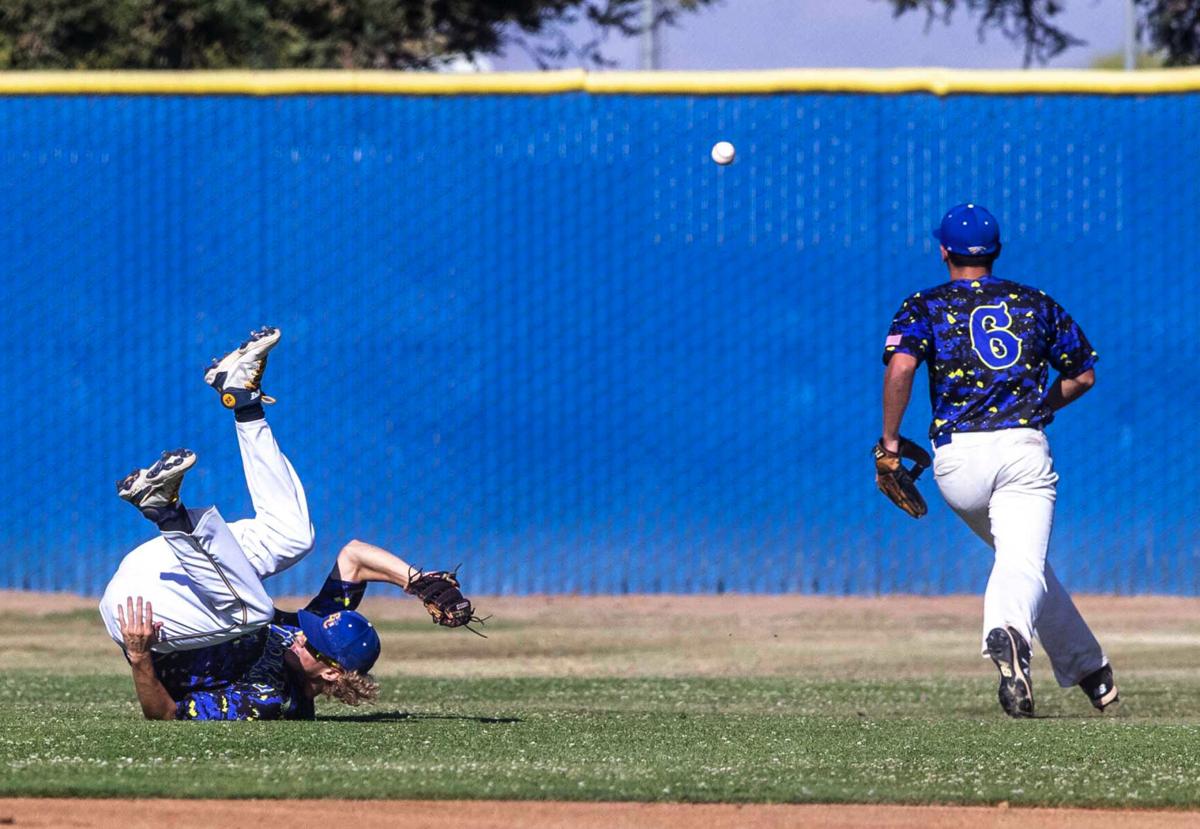 Bakersfield Christian pitcher Caleb Paul delivers a pitch during Tuesday afternoon's game against Lancaster High in the opening round of the Southern California Division V baseball Regionals at BCHS.

BCHS baserunner Daniel Paul, left, gets hit by a throw back to third base as Lancaster High's Jack DeLeuw looks for the ball Tuesday afternoon at Bakersfield Christian High.

BCHS baserunner Kyle Guinn returns to first on a throw back as Lancaster High's Brayden Fischenich goes for the tag Tuesday afternoon at Bakersfield Christian High.

Unfortunately, it was short lived.

The Eagles gave up four runs in the third, two more in the fourth and then were hit with a five-spot in the seventh as No. 5 Lancaster busted things open in an 11-4 victory over No. 4 BCHS in the opening round of the Southern California Regional Division V playoffs.

“You know, we went out there and competed,” said Bakersfield Christian coach Mark Ratekin, whose team scored 11 runs in the final two innings in its 14-6 victory over Santa Maria in the section D-IV title game. “We had a couple of bad innings where we made a couple of errors, but we also had five or six hard-hit balls that they made some good plays on. A couple of those fall, we have runners on base, it’s a different ball game.”

The Eagles (22-9) got off to a strong start, scoring two runs in the first and BCHS starter Caleb Paul cruised through the first two innings, retiring all six batters he faced.

But things began to come unhinged in the third. A lead-off walk to Bryce Parks and a single by Nolan Murawski put runners at first and second. Lancaster’s No. 9 hitter, Austin Whitaker, followed with a ground ball to second that appeared earmarked for a double play. But the ball took a wicked hop and caromed over second baseman Kyle Guinn and Parks scored.

Another run scored on a fielding error — ending Paul’s day — and one out later, Isaiah Pruitt ripped a double to give Lancaster (17-9) the lead for good, 3-2. Another fielding error made it 4-2, and Lancaster added two more runs in the fourth on a two-out walk to Whitaker and back-to-back doubles by Vinny Gonzales and Brian Richards to make it 6-2.

“This seems to be kind of the way that we do business for some reason,” Lancaster coach David Fischenich said. “It takes us a minute to kind of get comfortable, I think. And once we do and once we start throwing strikes, pitching to contact and playing good defense, then things just start rolling for us.”

Bakersfield Christian responded, but was a bit unlucky. Evan Cloyd, who drove in a run for his team in the first inning, launched a deep line drive to left field to open the third. But Whitaker made a running, over-the-shoulder catch just in front of the fence. In a show of good sportsmanship, Cloyd applauded the play as he jogged into the dugout.

The following inning, the Eagles capitalized on three walks by Richards, pulling to within 6-4 on a two-run double by Guinn. But with the tying runs in scoring position, Murawski came on to provide solid relief.

A failed squeeze bunt turned into a popout to the catcher, Noah Granillo hit a line drive right at Pruitt in shallow centerfield and Manny Herrera struck out to end the threat.

“A couple of balls a few feet either way changes the game,” Ratekin said. “Their left fielder made two great plays out there, and it’s probably the difference in the game.”

BCHS had runners in scoring position in the fifth and sixth, but were unable to make a dent in Lancaster’s lead, which ballooned to 11-4 following a five-run seventh that featured four walks, two errors and a wild pitch.

“We could tell (when) taking batting practice today the ball didn’t fly,” said Fischenich, who led his team to the Southern Section Division VII title. “It’s the complete opposite of our field. At our field, the ball flies, so we knew right away that we needed to play a little shallower than usual.

“But hats off to them. They can absolutely swing the bats. And they ran into some outs. They did. They had some tough luck today.”

Despite the loss, an obviously emotional Ratekin was upbeat when he spoke to his team after the game.

“I just told them ‘don't let this game define the season,’ ” Ratekin said. “Valley champs for the first time in 10 years and we have a lot of young guys that are going to keep this program going.”

JD Fritch led off with a single on the first offering from Richards and scored following a pair of throwing errors on an infield single by Noah Granillo. Cloyd followed with an RBI single to make it 2-0. But Bakersfield Christian managed just one more hit the rest of the way — the two-run double by Guinn, who finished 2 for 3.

“We had a great season,” Ratekin said. “They started in January and here we are in June. Our goal was to win Valley, and we did that. This was just icing on the cake and it didn’t work out for us tonight.”