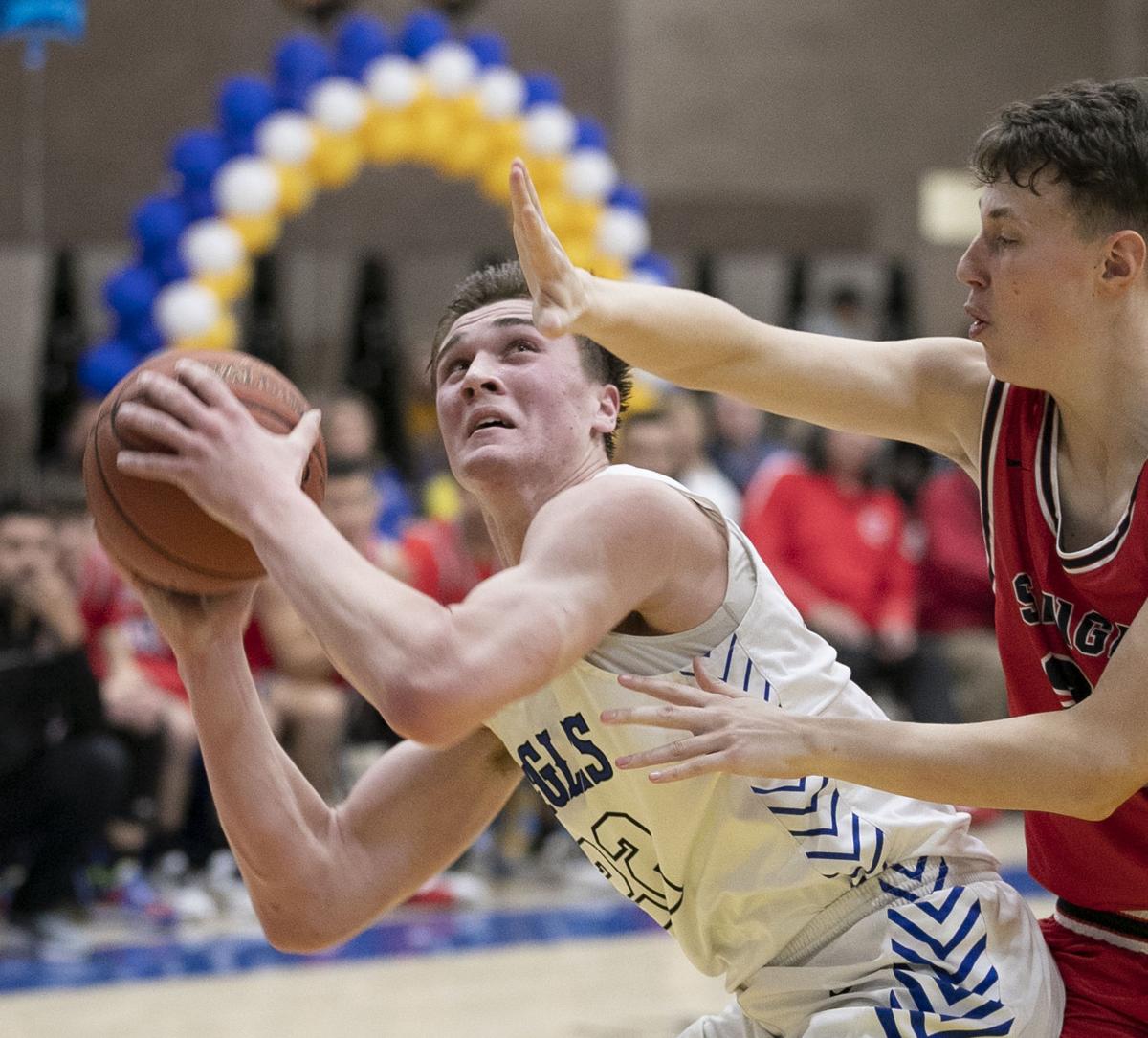 Ben Yurosek brings down the rebound against Sanger in the Central Section Division 3 semifinals. 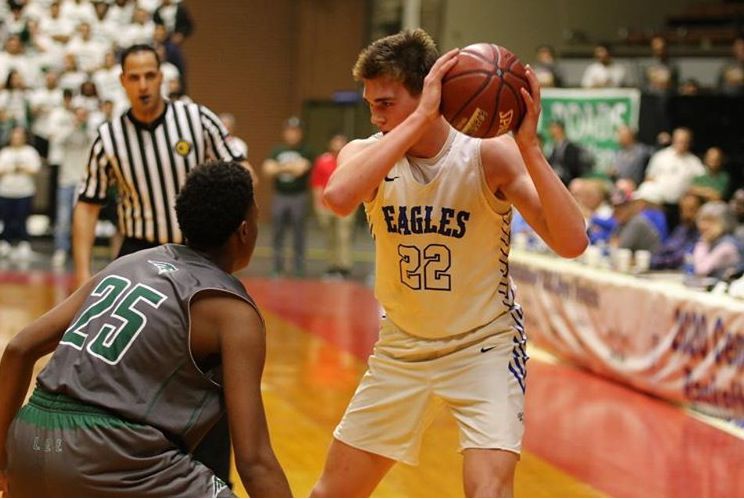 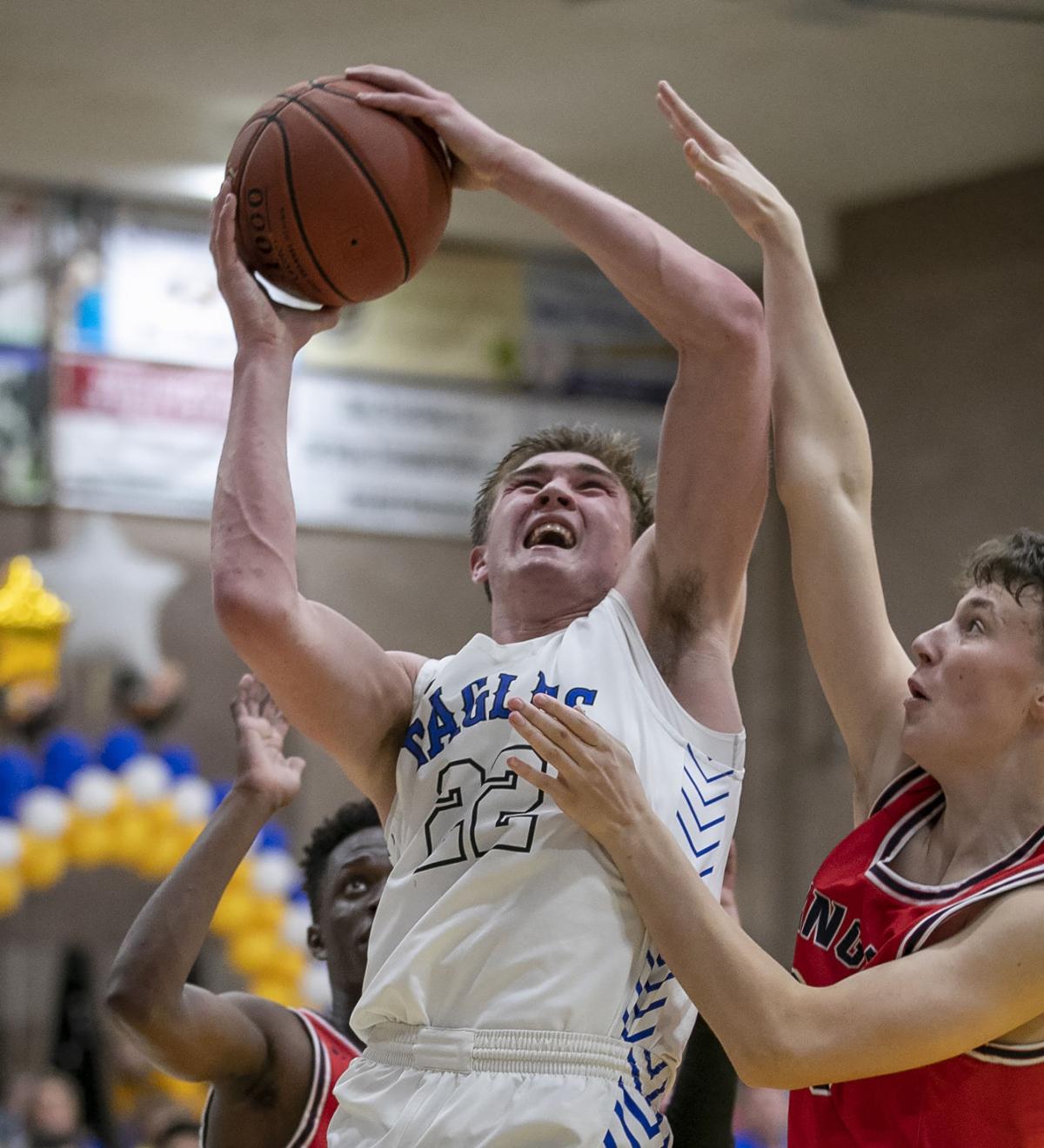 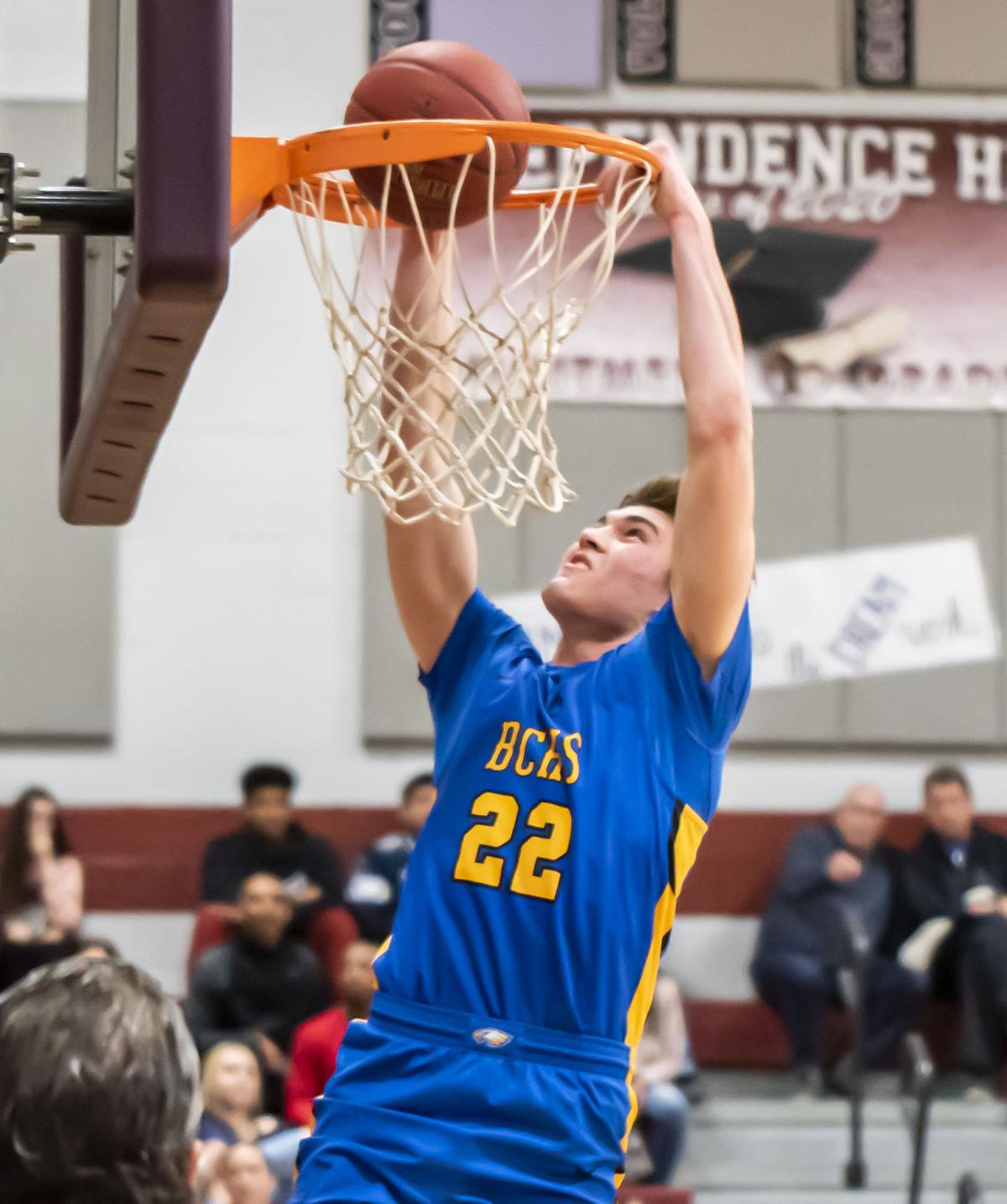 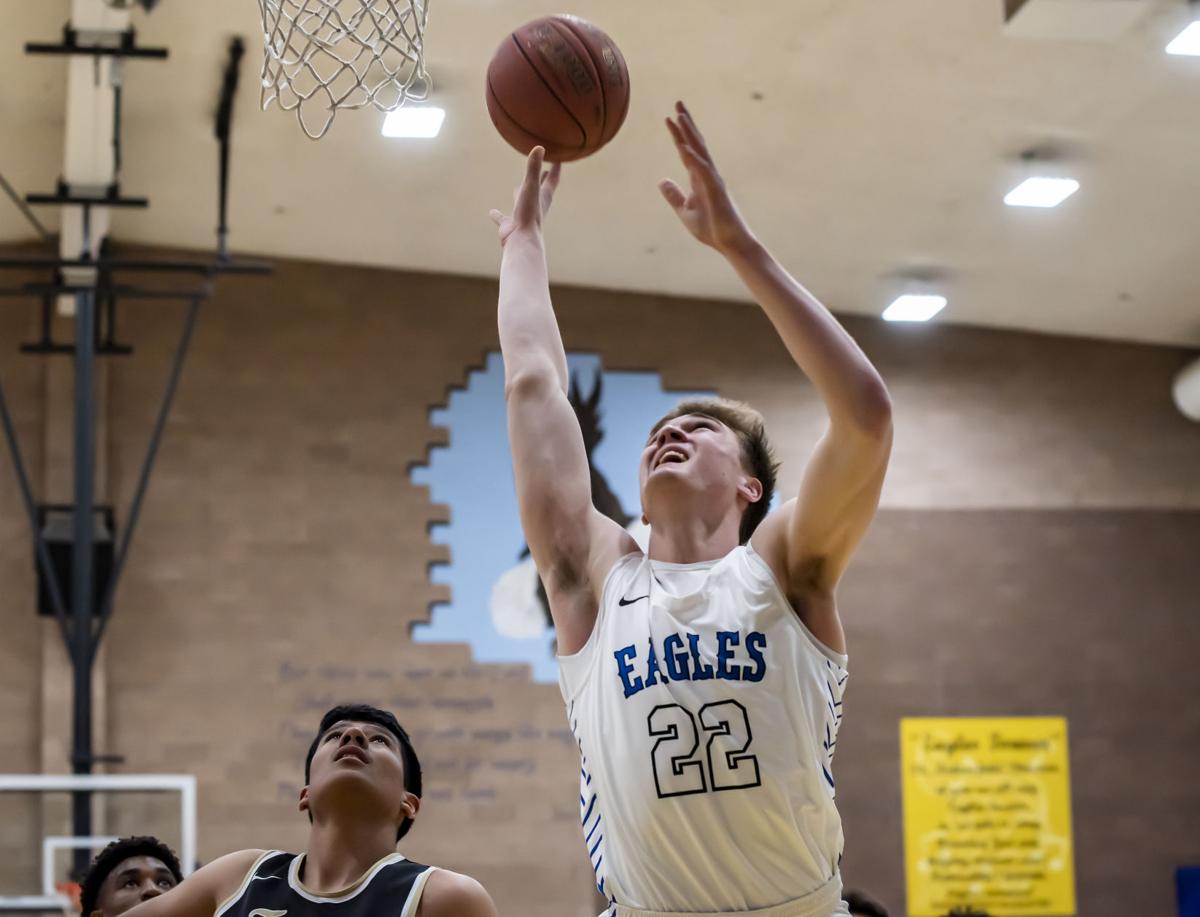 BCHS' Ben Yurosek goes up for a shot against Foothill during the Central Section Division 3 opener. 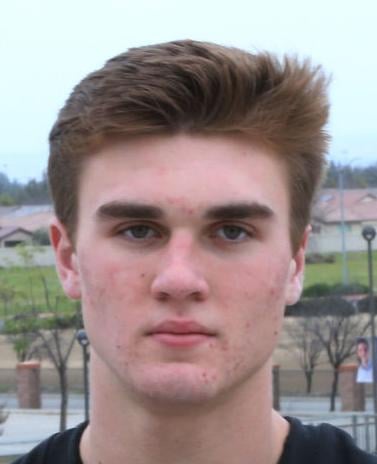 Ben Yurosek brings down the rebound against Sanger in the Central Section Division 3 semifinals.

BCHS' Ben Yurosek goes up for a shot against Foothill during the Central Section Division 3 opener.

Ben Yurosek definitely has bigger aspirations in the future, but no matter what he accomplishes from this point on, one thing is for certain, his high school legacy will be talked about for years to come.

The 6-foot-5, 220-pound senior placed his name among the greatest athletes Kern County has ever produced, leading Bakersfield Christian to the CIF State 3A Division football championship, and following that up with a SoCal Regional D-IV basketball title.

Those achievements are a first Kern County athlete, but the recognition doesn't stop there.

Yurosek was voted the 2019-20 BVarsity All-Area boys basketball player of the year, making him just the second area athlete to win that honor in basketball and football in the season. The other was Centennial High grad Cody Kessler, who went to star at USC and has played four seasons in the NFL. Kessler won the award in football in 2009 and 2010 and basketball during the 2009-10 season.

“I couldn’t ask for a better season, either way, in both sports,” said Yurosek, who has committed to play football at Stanford next season. “Winning your last game in both sports for your senior year is one of the goals I had, and to accomplish that, was really more important to me than winning any awards and everything. I wanted to win that last game.

“This is my favorite basketball year I’ve ever had in my life. The way our team came together, it was special. And I knew that no team was going to beat us the way we were playing.”

That was particularly true when Yurosek was on the court.

The Eagles lost their first three games of the season and were just 3-4 when Yurosek joined the basketball following BCHS’s long playoff run in football.

They were 22-1 with him in the lineup, with the only loss coming by one point to Clovis West, the top-ranked team in Central Section Division I.

“It was like the difference between a good dream and a nightmare,” said Bakersfield Christian coach Garrett Brown of his star center. “(Early in the season), people were saying, ‘you’re just missing one guy, why can’t you win without him?’ Well, people don’t really understand everything that he brings to the table for us. When he’s around, everyone is better because he demands that from them.”

Yurosek finished the season averaging 14 points, 11 rebounds and three assists for the Eagles, but Brown feels like his leadership and unselfish play were the keys to his team making a run to the state final.

“Obviously, we have a ton of guys that can make plays and are good basketball players,” Brown said. But when you add a guy like Ben to that and everyone can go to their natural position and that makes everyone feel more comfortable when he’s on the floor. He makes us whole.

"We have a bunch of guys that can score the ball and make plays, and he’s just so unselfish with the ball. He’s an extremely good passer out of the post, so anytime he’s doubled and we have wide-open shooters, he’s going to make that play.”

The same could be said for Yurosek in football, where he was a two-way star for BCHS as a tight end and defensive end. In a three-year varsity football career, he finished with 236 tackles, 46.5 sacks, seven forced fumbles, two interceptions and blocked two punts on defense. Offensively, his career highlights include 111 catches for 1,416 yards and 17 touchdowns. He even served as the team’s punter this season, finishing with a respectable 35.8 average, placing the ball inside the opposing team’s 20-yard-line 12 times.

“It’s just his work ethic, his will to win, his competitiveness, his leadership, communication … just all the intangibles that you can’t teach. He has all of it. And not only that, when he brings that stuff to table it just rubs off on everybody else.”