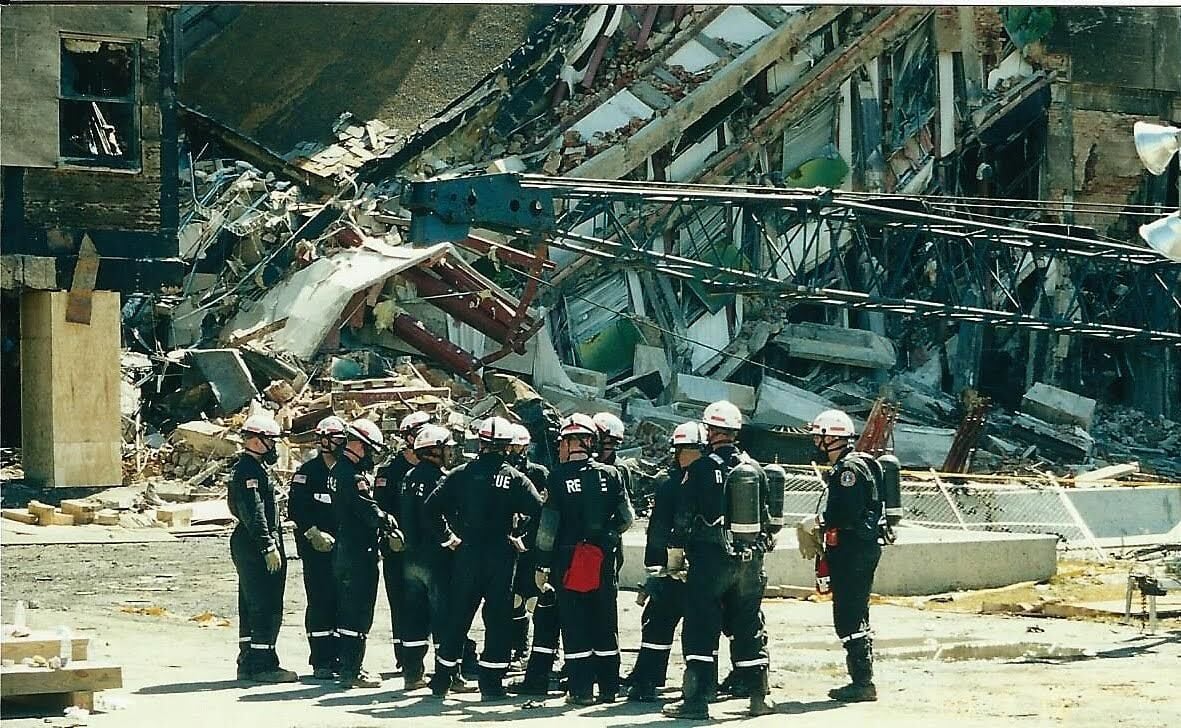 On Sept. 12, 2001, Houston Ursery was assigned to a rescue team to assist in recovery efforts at the Pentagon. 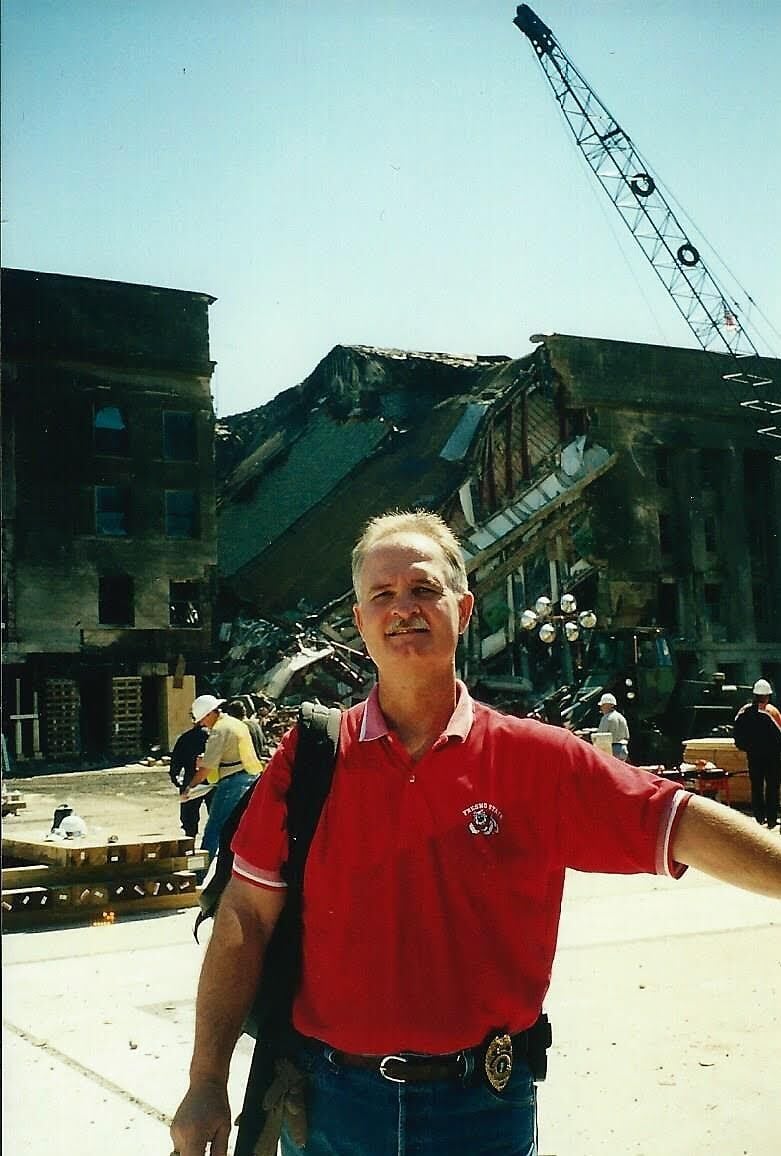 After having to retire early as a police officer (due to being shot in the line of duty), I decided to move to Washington state and enjoy watching my son play collegiate baseball on scholarship and try to place the shooting and nightmares in a better frame of mind. Well, as in most cases, once a police officer, always a police officer.

I was easily persuaded to join a sheriff department as a non-sworn deputy and assist in major incident investigations and eventually within their Medical Examiner’s department as their chief investigator. During this period, it was evident that the Pacific Northwest could become a training center for all first responders (police, fire, paramedics, military, security, medical, etc.) at one facility, all on the same page in the event of a national disaster. I became one of the main proponents and lobbyists for this project.

On one trip, I was scheduled to give a presentation at the U.S. Capitol in Washington, D.C., and on the morning of this, I was asked to switch and do the same for another branch of government at a different complex. As I was preparing for my presentation, I discovered I would need additional materials due to the attendance quickly growing. I left the facility and drove back to my hotel to retrieve such and quickly returned. As I was parking in the north side parking area, an extremely loud and jarring explosion occurred in the building. I had just returned to The Pentagon at 9:37 a.m. on Sept. 11, 2001.

Thinking this was a bomb (I was unaware of the attacks in New York), I started to run toward the same entrance I had left from, knowing I could access the courtyard from there. As I made my way through the courtyard, I witnessed countless people fleeing the building into the courtyard, many on fire. Those nearest me began to roll on the grass and extinguish the flames.

However, those who were drenched with jet fuel would never be so fortunate. Again, believing this was a bomb, I tried to assist those in the courtyard and while doing so, came upon a familiar face — that of a member on our presentation team. He conveyed to me the situation in New York as we both met up with on-scene Pentagon firefighters.

As we entered the building from the courtyard, the smoke was at zero visibility and water was gushing down the hallways. Keep in mind that The Pentagon is five buildings wedged together. Each “ring” being a separate structure, separated by small throughways (alleys) in between. As I entered each ring (A through E) on the Mall Entrance side, I was sloshing through debris and above ankle water that I soon realized was not water, but rather jet fuel! Knowing the volatility of jet fuel and how hot it will burn, I was shocked to not see flames. That quickly changed when I approached closer to the impact site. Periodically, flames would ignite, flare to a giant ball and then settle down to an off and on flame.

The remaining day was full of terror, anxiety and anger. At one point, we were ordered to evacuate due to another plane coming in. That started extreme panic with survivors and rescuers scrambling to get out. As I ran to the open courtyard, I could hear the sound of a jet aircraft, but it didn’t sound like an airliner. From my Air Force career, I recognized the sound of a fighter jet and sure enough, I caught a glimpse of a U.S. Air Force F-16 fighter, circling above and dipping its wings. In relief, I glanced around the grass and trees in the courtyard and witnessed several people on their knees and praying.

However, one of the most vivid impacts I will forever remember are the first responders who unselfishly and with great perseverance worked to save others. Their relentless sacrifices and determinations were throughout the entire ordeal, and my appreciation and gratitude only grew each day as I either worked directly with them or at a distance.

Houston Ursery grew up in Wasco, served in the U.S. Air Force and was a police officer with the Cal State Bakersfield Police Department.