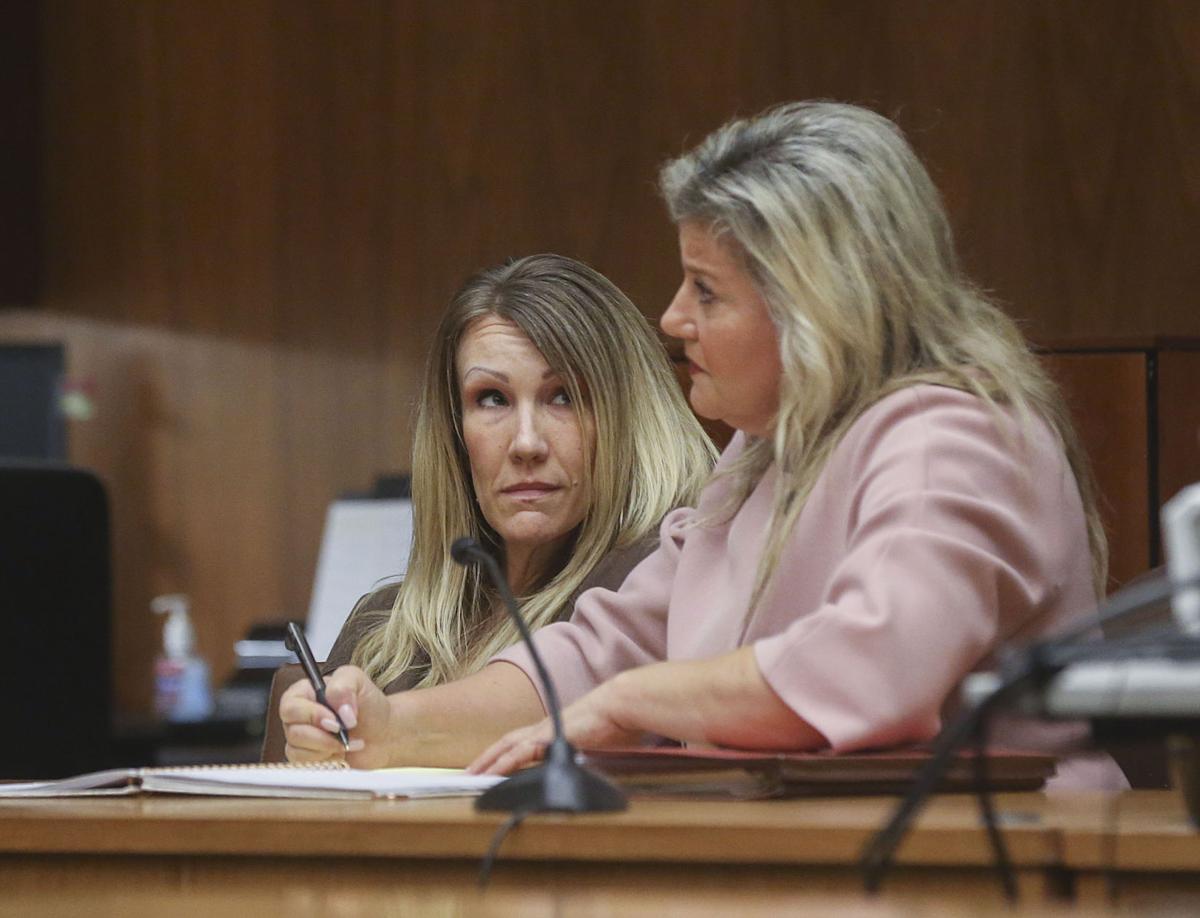 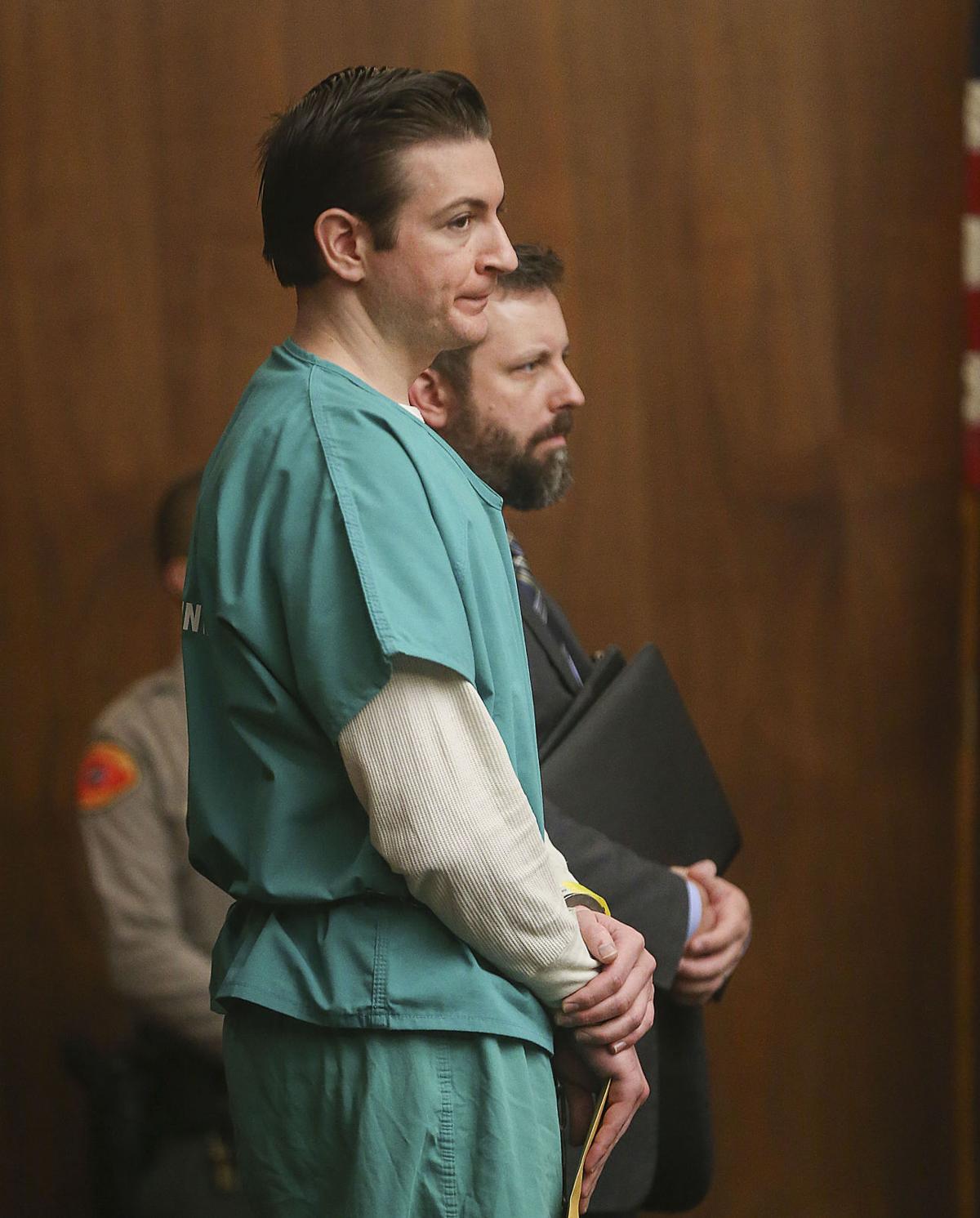 The scheduled sentencing of Sabrina Limon, convicted of murder in her husband's 2014 killing in Tehachapi, was postponed more than three months Friday after she replaced her attorney to prepare a motion for a new trial.

Marshall is no stranger to the case. She represented Limon's friend, Karen Lynn Hudgins, after Hudgins knocked a prosecution witness into a wall following Limon's arraignment in January.

Facing felony charges of threatening a witness, Hudgins pleaded no contest to one count of misdemeanor battery.

Also Friday, sentencing for Jonathan Hearn, Limon's former lover with whom she was convicted of plotting her husband's killing, was postponed to Nov. 17.

No members of either the Limon or the Hearn family were in court. Other than attorneys, only media and a couple of Kern County sheriff's investigators were in attendance.

He testified at Limon's trial as part of a plea agreement in which prosecutors dismissed a murder charge and instead allowed him to enter no contest pleas to voluntary manslaughter, among other charges. He faces 25 years and four months in prison.

According to prosecutors, Sabrina Limon conspired with Hearn, a former Redlands firefighter, in the killing of Robert Limon so they could be together and eventually marry. The two had been carrying on an affair for years.

The jury found true allegations that Sabrina Limon, who lived in the Hesperia area, told Hearn how to get to her husband's Tehachapi workplace and told Hearn what hours he was working the day of the killing. It also found true that she used a "burner" phone — a pre-paid, disposable device — to communicate with Hearn in an effort to avoid detection by law enforcement.

Terry had argued Hearn acted alone and Sabrina Limon had no knowledge of his plan to kill her husband.

During the trial, prosecutor Eric Smith presented dozens of text messages and wiretapped phone calls between Hearn and Sabrina Limon for the jury. In them, they profess their love for each other and discuss details of the investigation.

Sabrina Limon told investigators after her husband's death that neither she nor Robert Limon had been seeing anyone else. At trial, she explained her failure to tell investigators about Hearn, even after they repeatedly asked if she or her husband had lovers, as an effort to preserve her and her husband's reputations.

After a three-week trial, a jury on Oct. 5 found Limon guilty of murder, conspiracy solicitation to commit murder and being an accessory to a crime. She was acquitted of charges of attempted murder and mingling harmful substances with food or drink.

The acquitted charges stemmed from allegations made by Hearn that they first conspired to poison her husband by placing arsenic trioxide in banana pudding and sending it with him to work.

Hearn testified he ordered the poison online, mixed it into the pudding then gave it to Sabrina Limon to give to her husband.

Later that day, however, Hearn said, he and Sabrina Limon became concerned about getting caught. He said she called her husband and told him to throw the pudding out because the bananas had gone bad.

Hearn testified they decided to wait a few months before making a second attempt on her husband's life, during which time he bought Sabrina Limon the burner phone with which to communicate. He said they decided he would confront Robert Limon in person, and on Aug. 17, 2014, he shot Robert Limon twice, killing him.

The case attracted national attention, including NBC's "Dateline," which had been scheduled to air a story on the trial this evening, Nov. 3.

The defense attorney for Sabrina Limon, convicted of murder in her husband's 2014 killing in Tehachapi, has filed a motion requesting her sent…