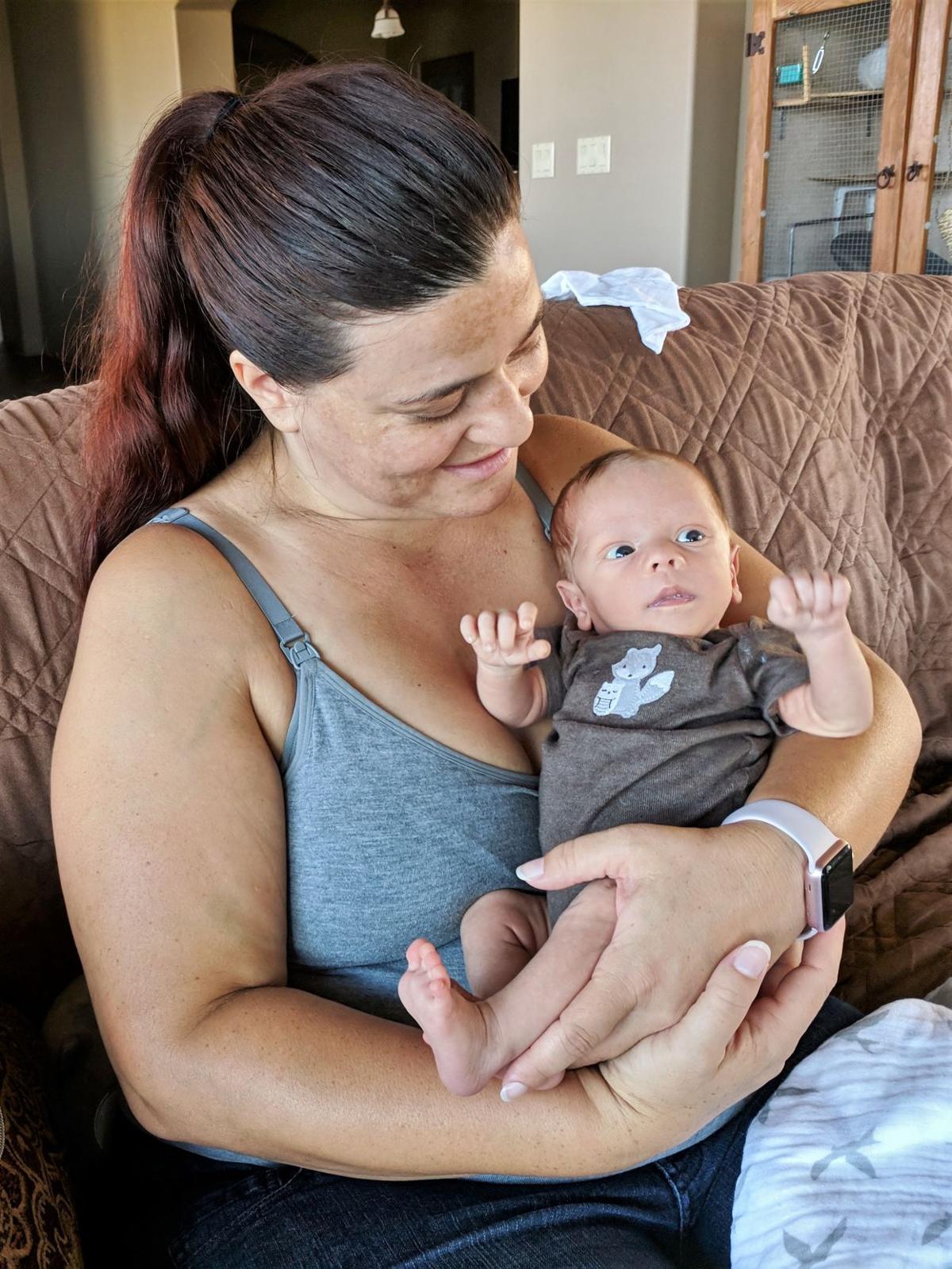 Almost immediately after Aidan’s birth, Ochoa’s valley fever symptoms began to subside. She hopes her immune system is overtaking the disease on its own. 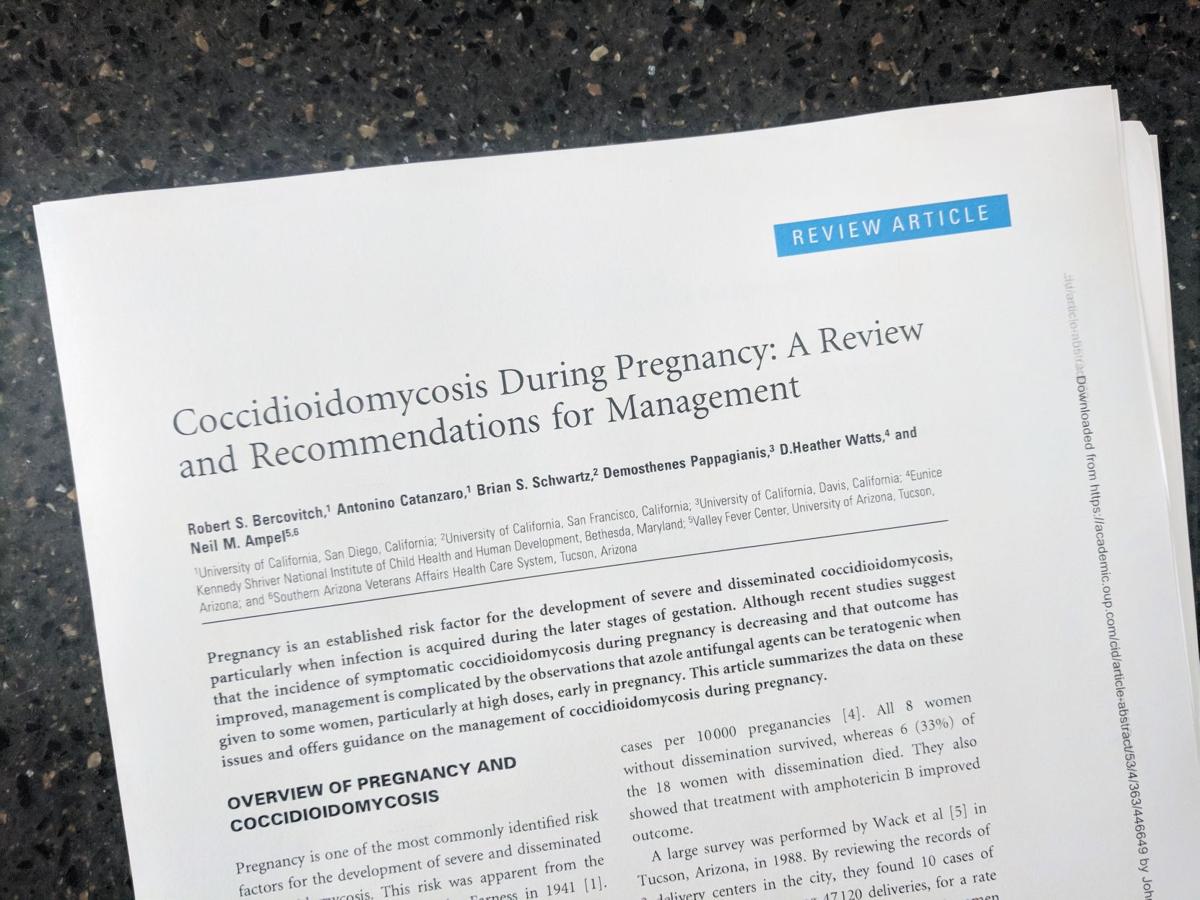 Case studies of five babies born with skeletal defects suggest the anti-fungal drug fluconazole can be harmful when taken during the first trimester of pregnancy. Not all valley fever drugs have been associated with birth defects. 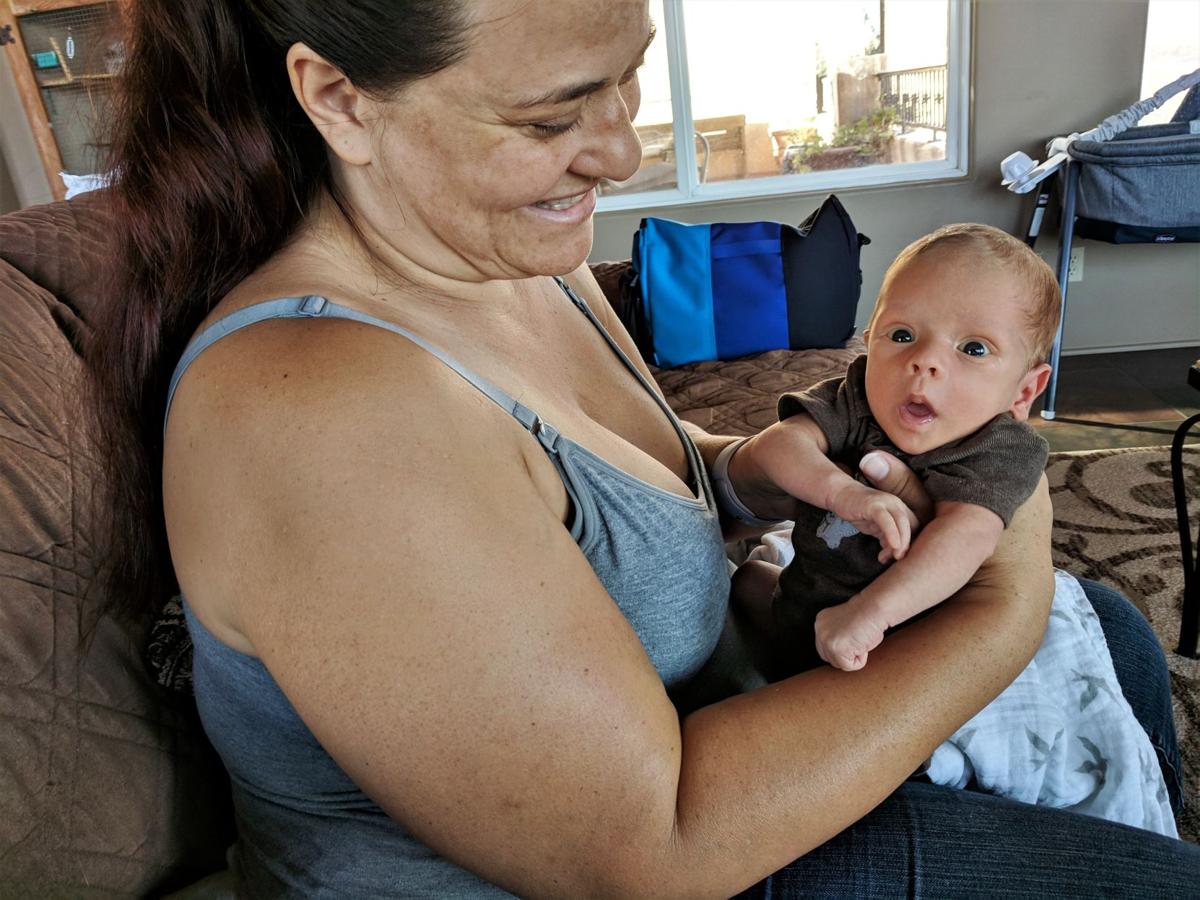 Jennine Ochoa was diagnosed with valley fever when she was five months pregnant with Aidan, who was born in late August.

Almost immediately after Aidan’s birth, Ochoa’s valley fever symptoms began to subside. She hopes her immune system is overtaking the disease on its own.

Case studies of five babies born with skeletal defects suggest the anti-fungal drug fluconazole can be harmful when taken during the first trimester of pregnancy. Not all valley fever drugs have been associated with birth defects.

Jennine Ochoa was diagnosed with valley fever when she was five months pregnant with Aidan, who was born in late August.

When Jennine Ochoa became pregnant at the end of 2017, she didn’t know what to expect. At 42, she’d waited longer than most women to start a family. But she said her first five months were easy. “I had no morning sickness, nothing,” she said. “It was completely uneventful until May.”

That’s when a dust storm rolled over her home in rural Tulare County in California’s arid San Joaquin Valley. “A week later I started coughing really bad,” she said. “The hardest I've ever coughed in my life, to the point where I was vomiting.” In just one week she said she lost 10 pounds.

Only when an itchy rash broke out on her legs a few days later did she suspect she had valley fever, a fungal disease that’s caused by inhaling spores that grow in soil in the desert southwest. “Being a scientist, I pulled up the literature, went to the CDC website, and there was a recent paper on valley fever and pregnancy and I read it,” she said.

Ochoa is a veterinary pathologist. She performs necropsies on livestock like cattle and chickens, and she’s seen how valley fever can wreak havoc on a living system. “I'm like, oh my goodness, I'm pregnant and I think I have valley fever,” she said. “I was of course terrified.”

Terrified, because not a lot is known about valley fever during pregnancy. Although babies don’t appear to inherit the disease, research does suggest a link between a common treatment and birth defects. Studies also suggest the disease tends to be more severe in pregnant women.

Ochoa’s hunch was correct: She rushed to the hospital and received a positive diagnosis for valley fever. She then faced a tough choice: Take a medication that could harm the baby, or gamble with her own health. She chose the latter — a decision she’d likely have made differently were it not for her unborn child. “For sure I would've taken treatment,” she said. But in this case, “I didn't know how the drugs were going to affect the development of the baby so I didn’t take them. I just didn't want to risk it.”

It’s a note of caution echoed by Dr. John Galgiani, director of the University of Arizona’s Valley Fever Center for Excellence. “Those women while pregnant who do get a diagnosis of valley fever, they often do very poorly,” he said. “It’s a very high risk pregnancy at that point in time.”

As with the general population, most pregnant women who contract valley fever overcome the disease with no symptoms and no need for treatment. But what worries epidemiologists is a handful of rare, severe cases, in which five babies were born with skeletal defects. Their mothers had all been taking the antifungal drug fluconazole during their first trimester.

“There’s a lot of drugs that are kind of questionable in pregnancy,” said Dr. Daniel Boken, an infectious disease specialist at Kaweah Delta Health Care District in Tulare County and one of Ochoa’s doctors. “Fluconazole falls into somewhere between the ‘questionable’ and ‘definitely unsafe’ [categories], in my understanding.”

He said he sees only one or two pregnant women with valley fever each year. The fact that he has yet to see a case involving fluconazole that has resulted in birth defects doesn’t change how alarming the research is. “It’s enough that if it was my wife, I would want her to stop the medicine if she got pregnant.”

But that’s not always an option. Left untreated, the disease can in rare cases spread throughout the body or lead to fatal meningitis. That’s why some women with especially severe symptoms, or who are already in treatment when they become pregnant, may be willing to take fluconazole despite the risks. “It just means you’ve got to have a discussion about pros and cons — what are the risks, are there alternatives, are those alternatives feasible?” said Boken.

And there are alternatives. Some other drugs, like Amphotericin B, have no demonstrated link to birth defects, though they can be more toxic to the mother. The good news for fluconazole users is that it does appear to be safe after the first trimester.

Still, lots of questions remain about which drugs are safe, when, and why. That’s partly because this scenario — simultaneously having valley fever and being pregnant — is so rare. “There isn’t a lot of information and one of the big reasons there’s not a lot of information is it doesn’t come up very often,” said Galgiani.

Ochoa’s pregnancy didn’t progress without hiccups. Her cough held steady for a few months, but it worsened at the very end. When she began throwing up again and lost more weight, she considered taking fluconazole. But she never got a chance to — because of the vomiting and some unrelated health issues, her doctor scheduled her to give birth early.

It’s now been six weeks since little Aidan was born, and Ochoa’s symptoms have improved dramatically. In fact, she said they improved almost immediately after giving birth. “I haven't coughed in like six or seven days now,” she said. “Going from coughing every five, 10, 15 minutes to not coughing at all, it's really nice.” Her immune system may overtake valley fever on its own after all.

She knows she’s lucky. At any time, her health could have swung in the other direction. And although the reasons why some people with the disease fare better than others remains a mystery for now, it’s an active area of research — something scientists hope to soon understand better.

Kerry Klein is a reporter for Valley Public Radio.