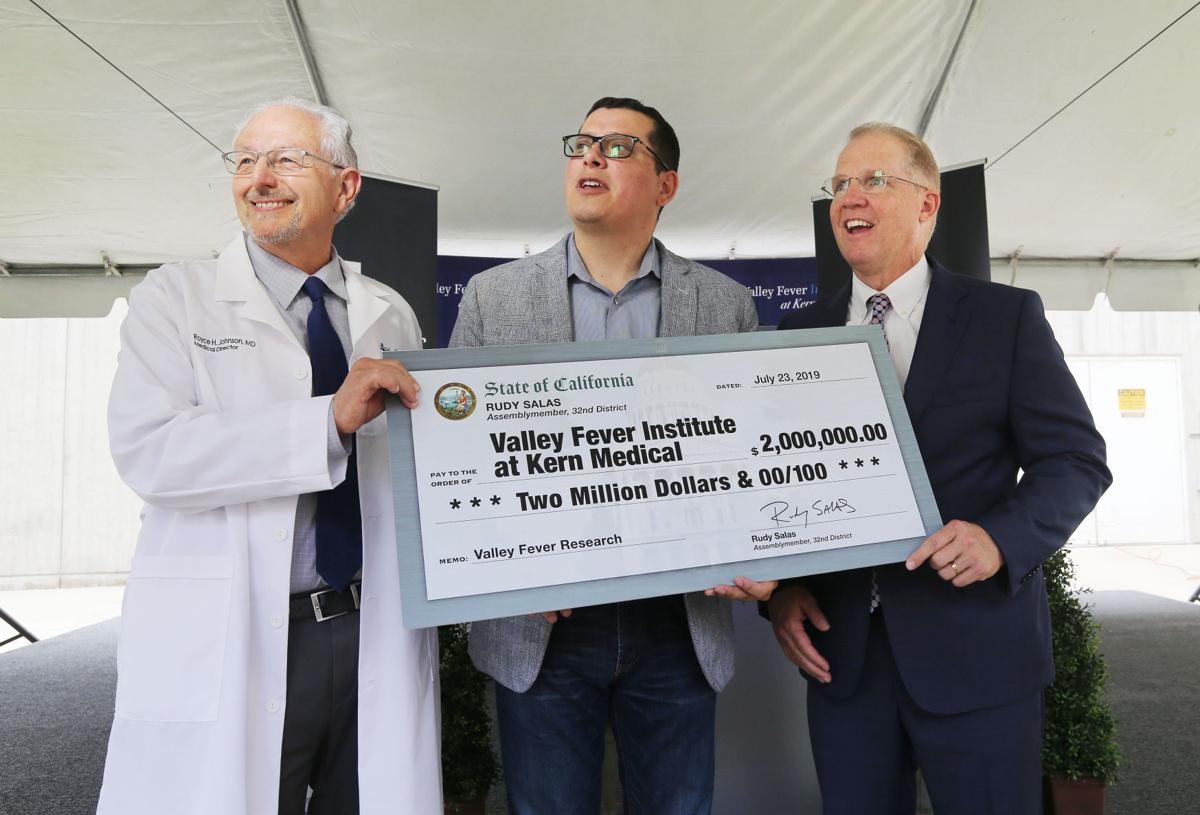 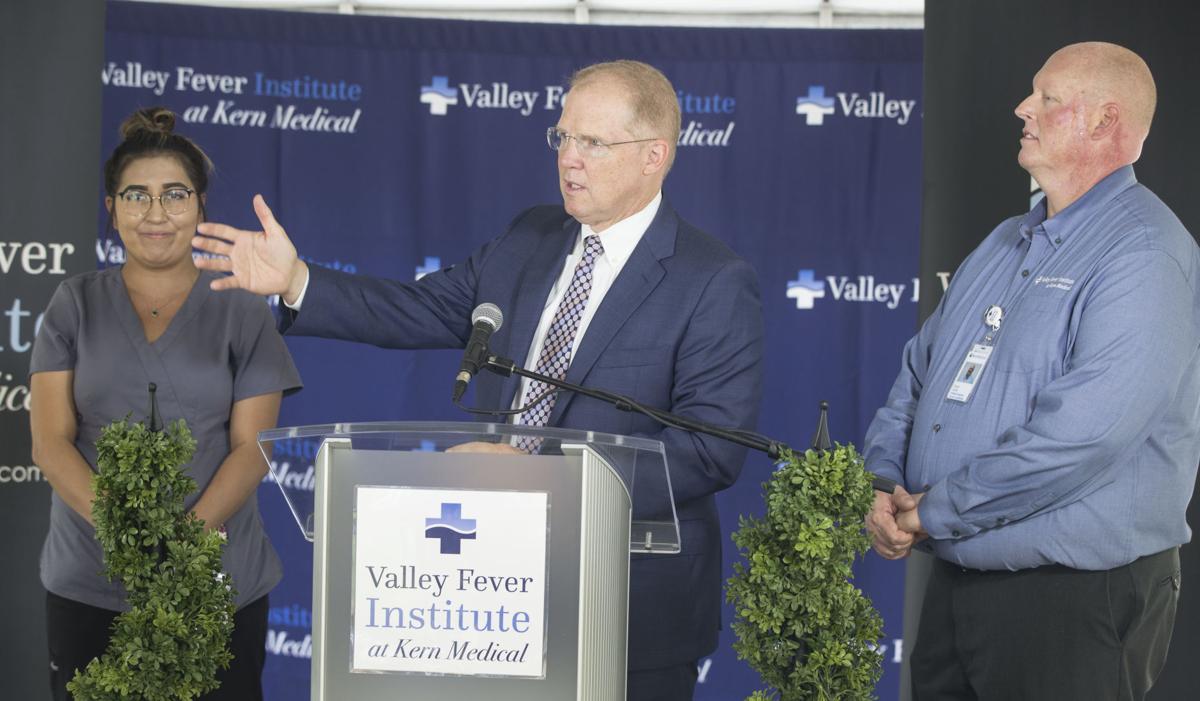 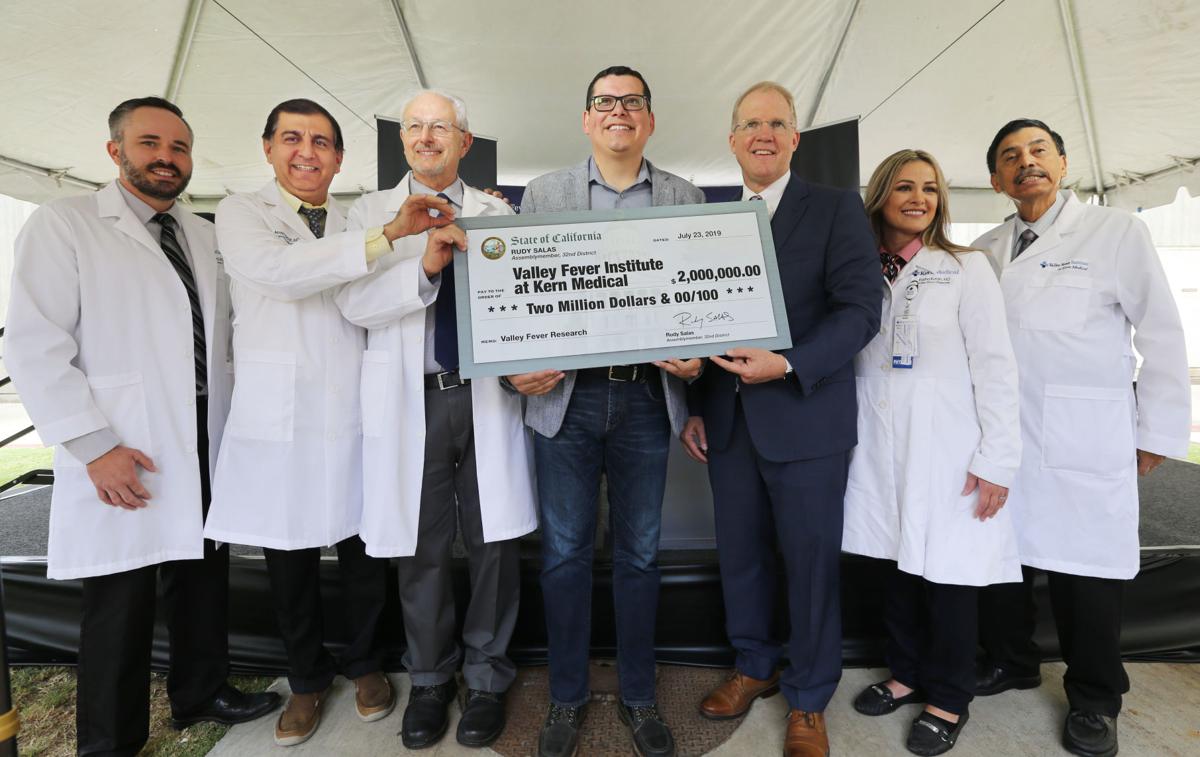 During the third trimester of her pregnancy, Ashley Villegas could put a name on what was making her feel miserable, more than just the usual pains that come with pregnancy.

She was experiencing seizures and severe migraines. Doctors thought there was something wrong with her vocal cords since she had a sore throat, so she took antibiotics. She also took antibiotics for a urinary tract infection, but nothing made her feel better.

Finally, she came to Kern Medical Center and heard the words that would change her life forever: she had valley fever.

"I was pregnant when I was diagnosed, so I had to have an induced labor to save my baby's life and my own," she said, adding her now 3-year-old daughter is healthy and happy.

Since her medical journey began three years ago, Villegas has had two brain surgeries, had her gallbladder removed and undergoes valley fever treatment every other week. But that has not stopped the 22-year-old from living a normal life.

"When (my doctor) said I could live my life, I went to school," she said. She is also completing clinical hours at the Kern Medical Center's Valley Fever Institute and helping others.

Villegas was among several people Tuesday morning happy to see the Valley Fever Institute receive $2 million in funding from the 2019-20 state budget to support valley fever research. Assemblyman Rudy Salas, D-Bakersfield, who pushed for the funding, said valley fever is a statewide issue, not just in the Central Valley.

Valley fever research has been taking place at Kern Medical Center since the 1950s and 2015 was the birth of the institute, according to Dr. Royce Johnson, medical director for the Valley Fever Institute. The funding the institute received from the state budget will "allow us to have a bigger mission and bigger scope in terms of numbers and quality."

The $2 million is an additional investment to the $3 million Salas helped secure in last year’s budget for the Valley Fever Institute.

Valley fever, also called coccidioidomycosis, is a disease caused by a fungus that grows in the soil and dirt, according to the California Department of Public Health. People and animals can get sick when they breathe in dust that contains the fungus.

Johnson said roughly 3,000 people in Kern County were identified as being infected with valley fever last year, but upward of 30,000 people could be infected and not know it. About 60 percent of those infected do not show symptoms.

Rob Purdie woke up on New Year's Day in 2012 with what felt like a hangover. The strangest part was he did not drink the night before and went to bed early. What followed the next few years was a misdiagnosis, two courses with antibiotics, fevers and migraines before he learned he had valley fever.

Purdie, who also works as the program development coordinator with the Valley Fever Institute, believes this new funding will allow doctors to reach others in the field and share lifesaving knowledge.

"There's nothing more important than being able to provide education to doctors. The doctors here are constantly talking to other doctors and sharing their knowledge, which is great and is important and saving lives," Purdie said. "If we can expand them and speak to groups of doctors and educate doctors, nurses and MAs who are checking you in, we can save more lives.

"This money, this institute, what we're doing here is the difference between hope and hopelessness," he added.