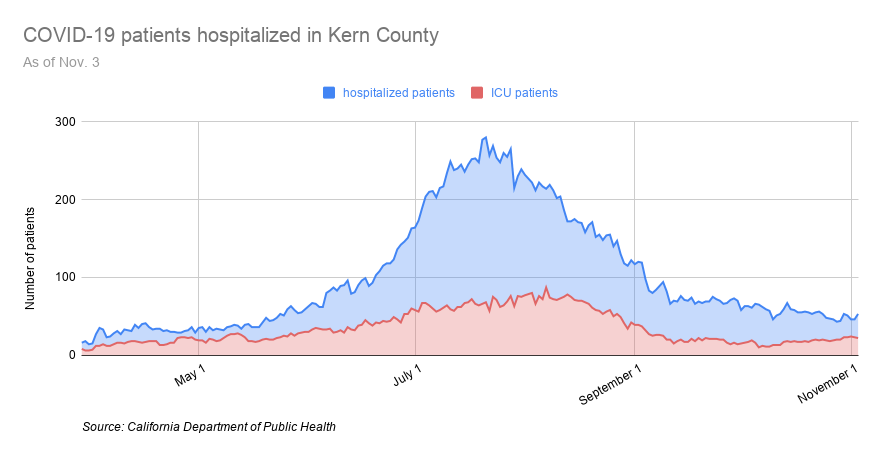 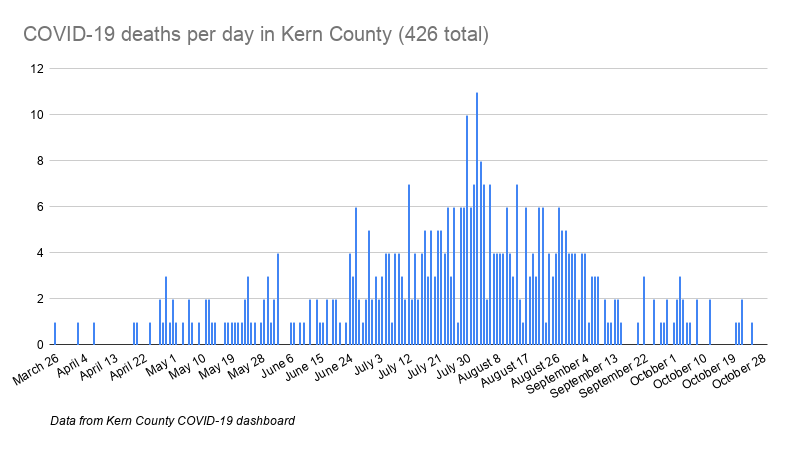 The Kern County Public Health Services Department announced on Wednesday that the county remained in the red tier of the state’s COVID-19 economic reopening plan for the fourth consecutive week.

The news release stated that improved metrics in those areas over a two-week span could continue Kern’s advancement in the state’s economic reopening plan. However, a worsening of those numbers could lead to regression to the state’s most restrictive purple tier.

While Kern’s testing rate has improved over recent weeks — it currently stands at 192.5 tests per 100,000 residents — the county said continued work in this area is a path to further reopening.

The news release pointed out that numerous free COVID-19 testing opportunities have been made available for residents, and individuals are encouraged to learn more by visiting public health's website at kernpublichealth.com.

That brings Kern's total deaths since the pandemic began to 426, and there have been 34,779 cases.

Public Health reports that 17,508 people have recovered from the illness, and another 7,520 people are presumed to have recovered.

The state reports that 53 people are hospitalized with COVID-19 in Kern, and 22 of those are in intensive care units.

The public can find more data on the Kern County Public Health COVID-19 dashboard at https://kernpublichealth.com/covid-19_dashboard/.